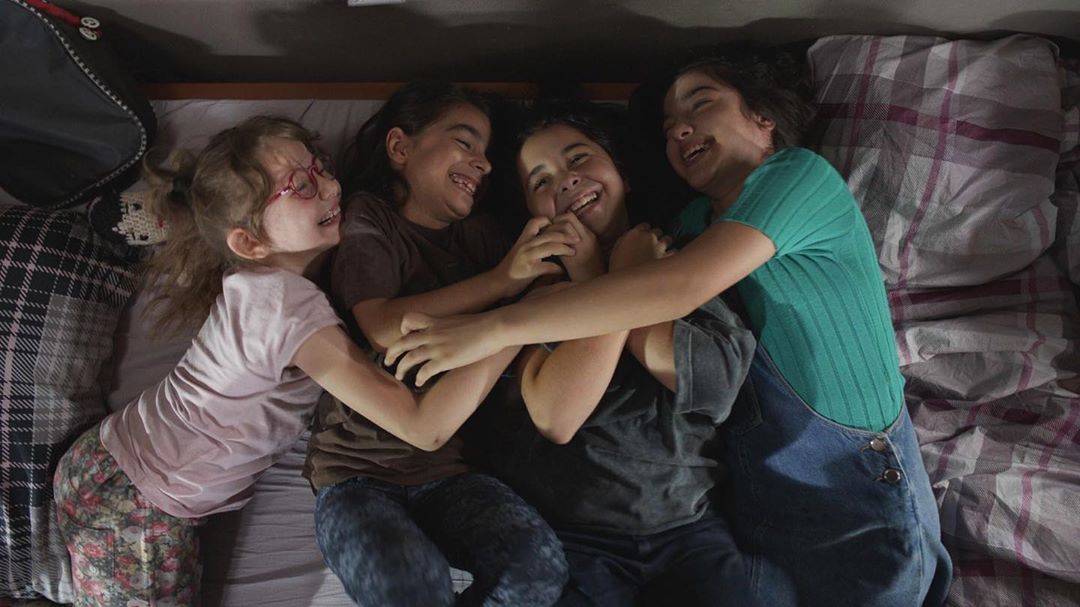 THE PERFORMANCES | It is often said that the children are the leaders of tomorrow, and that could not be any more applicable for the stars of FOX's latest drama, Çocukluk.

Çocukluk, the Turkish adaptation of the Japanese drama, Abandoned, premiered last week Friday and something immediately stuck out to us – the impeccable performances by all the stars of the show, particularly the young stars: Beren Gökyıldız, Kübra Süzgün, Nilay Yeral, and Derinsu Akkuş.

Carrying a show is no easy task, not even for the seasoned actors with a lot of acting experience under their belts. However, the young stars of Çocukluk carried the show with so much ease, far beyond their years.

In Çocukluk, each of the girls had been abandoned by their parents for various reasons. The first episode revolved around little Zeynep (Derinsu Akkuş), the newest addition to the to Ali Kaan 'House of Hope.' Zeynep's mother had been sent to jail after getting into a physical altercation with her boyfriend. As a result, Zeynep needed a temporary home while her mother sorted out her legal issues. Unlike the other girls in the home, Zeynep strongly believed her mother would return for her, but she soon receives the shock of her life when her mother does return, but with no plans of taking her home.

Mavi (Beren Gökyıldız), on the other hand, may as well be considered a founding member of the Ali Kaan 'House of Hope.' When she was just a baby, she was brought her to the home, and she has not known any other family ever since. Through the years, Mavi has had to toughen up as she has seen many other kids come and leave the orphanage. Having been raised by Mahir, the orphanage founder, Mavi has become a bit of a copy of him, tough on the outside but clever and always willing to help her friends.

Little Bambi (Nilay Yeral) lost her parents at a very young age and has since created her own little fantasy world as a defence mechanism. Bambi has one dream, and it is to be adopted by the lead actress of her favorite television series. While she isn't as talkative as the other kids, she's delightful when she speaks up.

The last of the Ali Haan 'House of Hope' kids is piano protogé, Mozi. Unlike the other kids, Mozi grew up in a loving household with a dad that supported her piano-playing passion! Mozi is always full of smiles and works extra hard to make everyone around her happy. Honing her skills as a piano player is more important than ever for Mozi, as she hopes it will reunite her with her dad someday!

It's impossible not to marvel at the incredible dynamics between these young actors. Çocukluk, does not shy away from difficult and relevant issues, and from the beginning of the episode to its end, each of the aforementioned actors prove with their strong acting that casting was spot on. Each moment in the series landed perfectly, and that is entirely thanks to the young cast being fully attuned with their characters.

At its core, Çocukluk is about the power of female friendships. The kids are right at that age where they are discovering the world through a different lens, and as each one is struggling to figure out where they fit in, they never lose sight of their love and support for each other. As their fictional characters lean on each other for strength, the young actors leave us viewers in awe (and in tears).

While Zeynep's relationship with the other girls starts off bumpy, by the end of the episode, they had all found common ground. And in a refreshing take, watching the young actors navigate those emotions beautifully emphasized the importance of communicating and supporting one another.

"Small but mighty" is the phrase that comes to mind when we think of the fantastic job the young actors of Çocukluk delivered in the show's first episode.

If they are the future of the dizi industry, it is safe to say it is in great hands.