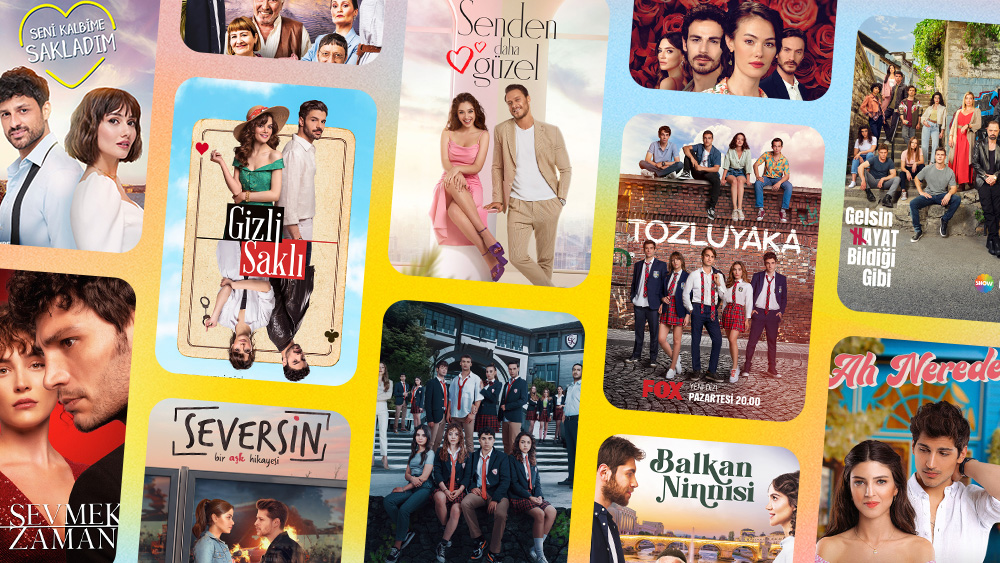 Summer is extra special since we discovered dizis as with every year comes a flock of feel-good Turkish series to keep as warm and cozy, despite the summer heat wave. With record-breaking number of shows premiering this summer, here's our comprehesive preview of the buzziest new TV Shows of the season. 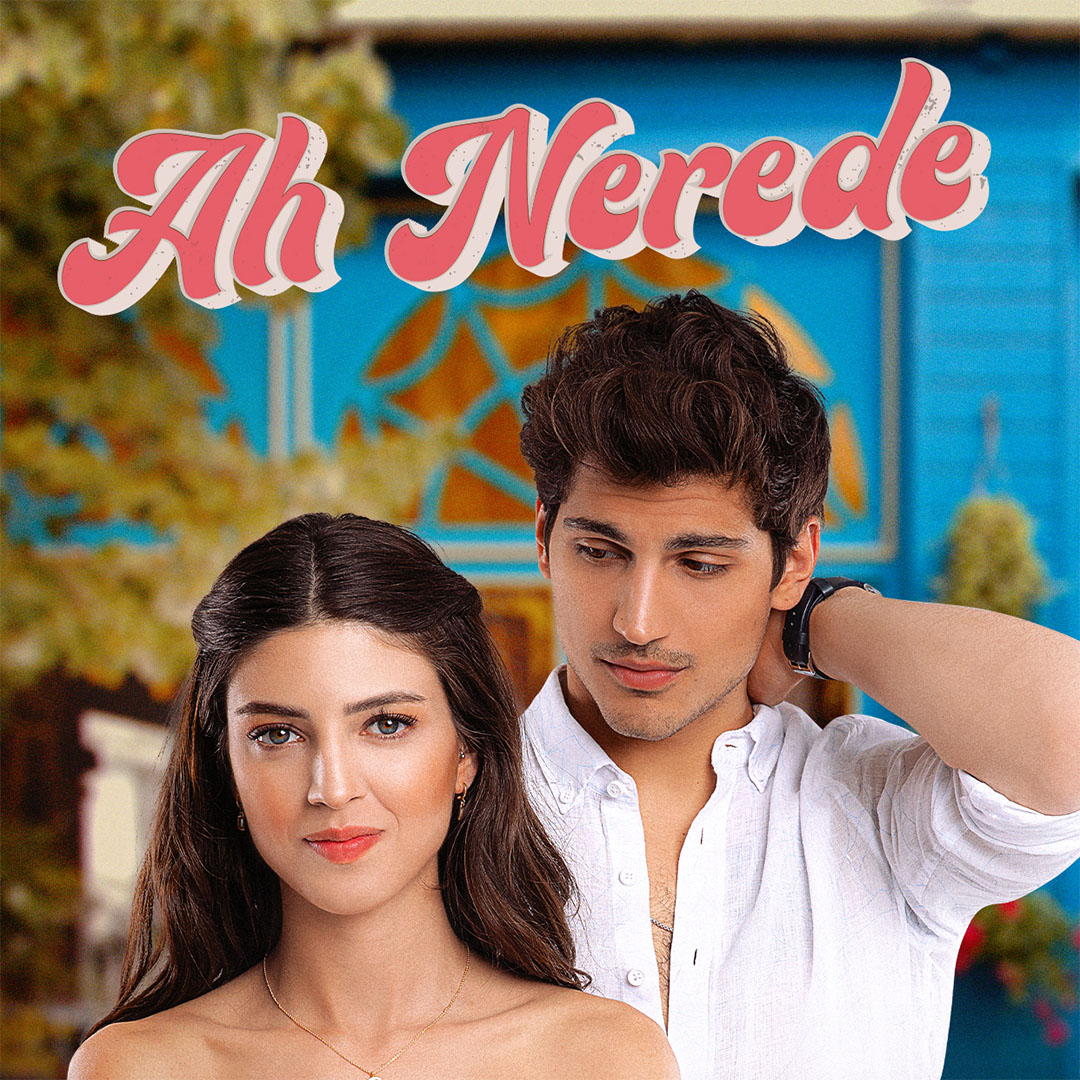 Synopsis: Ferit (Oktay Çubuk), one of the three benevolent sons of a traditional family, is a womanizer who has made Casanova his motto. He lives happily on his father's money. Until he is caught...

Zehra (Nil Keser), on the other hand, is a young woman who had to drop out of the Faculty of Medicine, works as a waitress in a patisserie, and has an ordinary life. Until he gets the chance to go back to school…

Zehra and Ferit, who have two completely different paths from each other, have to walk the same path for their common interests. But man meets his destiny on the road he often avoids.

While Ferit thinks that he is distracting his family in the game he entered with Zehra, he is unaware that the real game is being played against him. 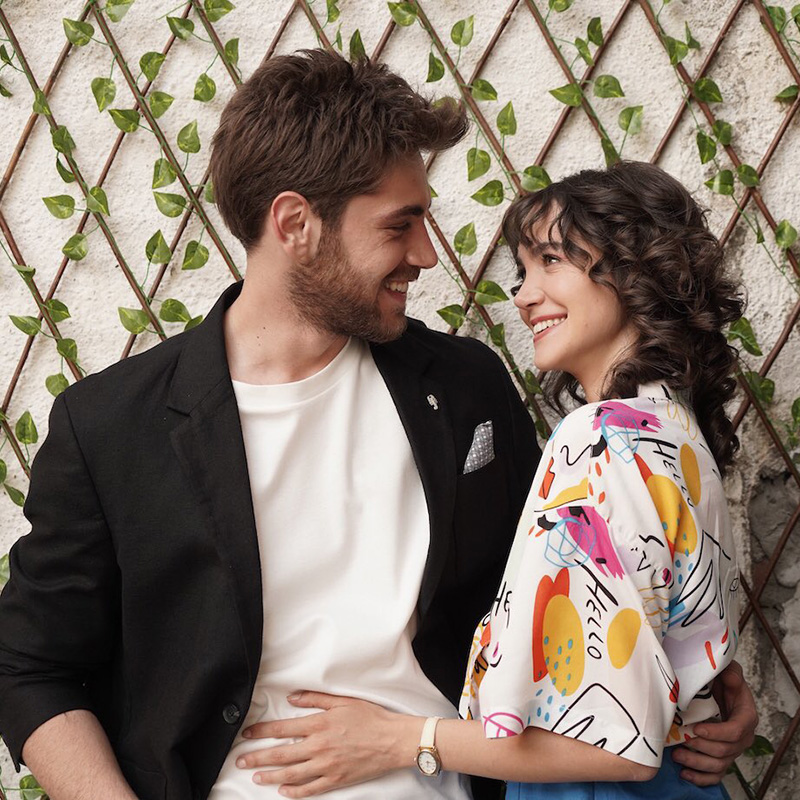 Synopsis: It is the story of a Turkish family living in Skopje and trying to keep a legacy alive, which was destroyed after the Ottomans withdrew. The Turkish family from Skopje wants to rebuild an ancestral mosque that was destroyed by the Yugoslav regime years ago. It is the dream of all members of the family.

It is a story of love in this city where Turks and Albanians live on one side and Macedonians live on the other...

A hostile Turkish and Macedonian family are forced to live in the same house under the same roof, again thanks to an Ottoman heritage house deed. Jovanka (Merih Ozturk) and Ertan (Emre Bey) are two lovers trying to make their lives better with love in this enmity... Synopsis: Ekim and Meltem are two young teenagers who are as close as sisters. They live a modest life in a humble neighborhood but they always envied the rich kids who attend Doğru High School, a secondary school exclusively for the children of wealthy families. One day a car hits Meltem and the culprit flees the crime scene, making his way towards the school and hiding his car in the parking lot. When news spreads that a girl will spend the rest of her life in a wheelchair because of someone from the school, the principal decides to give scholarships to three students from Meltem’s neighborhood, to bury the bad news. Ekim, Bekir, and Ayşe are chosen to start their fresh student life in the city's most prestigious school, but they soon understand that their life is actually about to get harder; they will have to fight to survive among the rich children and they will be surprised to see that the wealthy have very different lives to what they imagined...

Synopsis: Mert, Bahar, Ege, and Hale, who just graduated from the law school, are four youngsters (souls) that all are coming from different worlds. Their path is crossed at Yener Law Office, which is well known for its prestige and success. The owner of the law office, Doğan Yener, is a determined lawyer who happens to be both dominant and easygoing at the same time. In the past, he pursued a case knowing that he is right. And, as an outcome of the attack on him, his child was murdered. After this incident, his marriage is over and, he blamed himself all the time. Yenen Law Office has its unique elimination process for choosing its interns amongst the applicants. Yener Law Office, the dream workplace for most law students, chooses the most intelligent and successful four candidates as a result of this process. Because of their different personalities and their discursiveness, Mert, Bahar, Hale, and Ege are qualified to be interns. After this point; four young opposite characters will join forces to solve the cases given by Kadir. 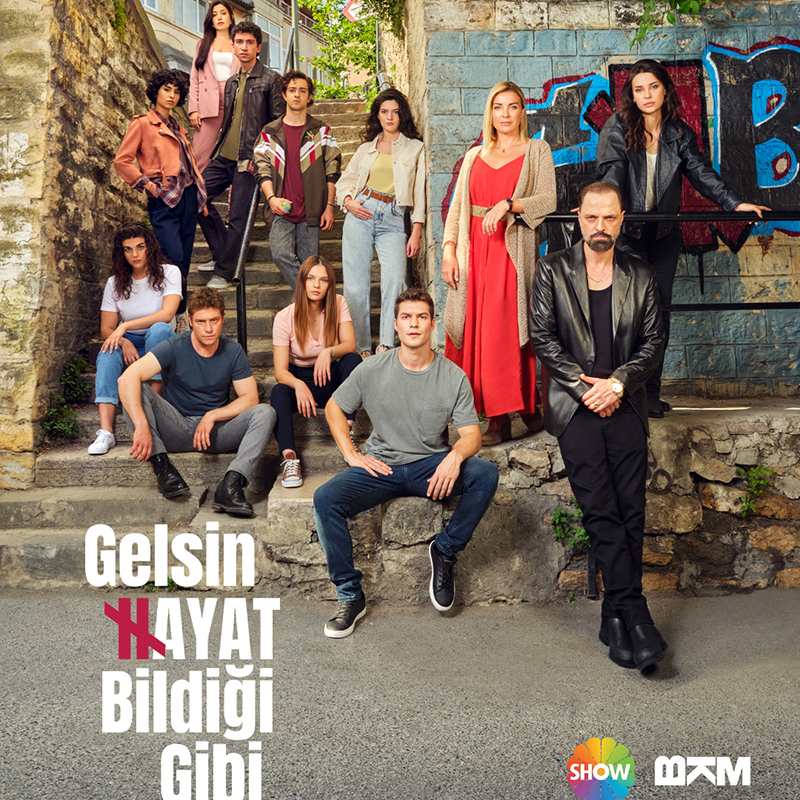 Synopsis: The series centers on Sadi Payaslı, an ex-convict who decides to turn himself in after one of his mafia operations resulted in a child's death.

In exchange for a clean slate, Sadi, who was presumed dead seven years ago after helping take down his mafia buddies, is put into the witness protection program, with his new identity being a teacher at Karabayır High School. There, he meets Can, Melek, Zülfikar, Mert, and Aylin, newcomers to the high school who were sent there after spending some time at a correctional institution. Though they butt heads at first, Sadi, whose motto is "everyone deserves a second chance," will gradually change the lives of these young people, who started life at zero. 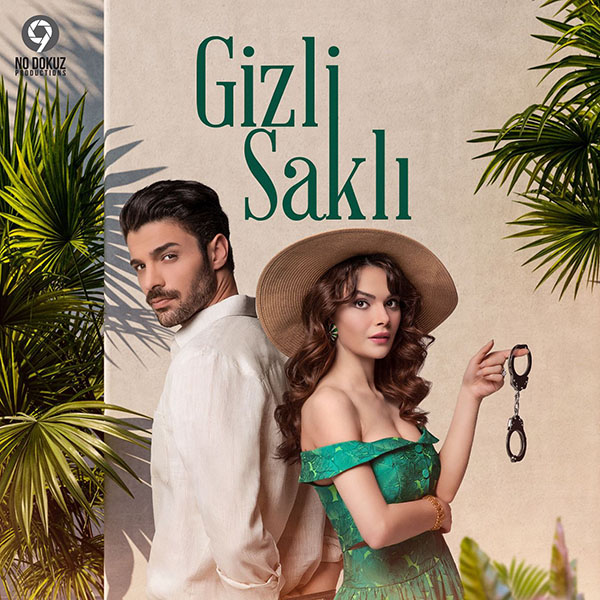 Synopsis: Naz (Sinem Ünsal) is fresh out of the police academy, where she graduated at the top of her class. Serious, ambitious, and conscientious, she’s lived her life “by the book,” and that’s the kind of police officer she intends to be.

Pamir (Halit Özgür Sarı) is a veteran detective with a reputation for always getting his man. He’s also the exact opposite of Naz. Aggressive and ruthless, Pamir doesn’t hesitate to bend the rules to reach his objective. He’s also a bit of a lone wolf.

Neither Naz nor Pamir are happy when their captain pairs them up on a special undercover operation to take down Tarık Koşuoğlu, a dangerous mafia don masquerading as a fish distributor. The unlikely couple is assigned to pose as newlyweds who just moved in across the street. Naz and Pamir can’t stand each other, yet despite all their friction, they somehow manage to gain Tarik’s trust. Then, just when the operation is on the verge of success, something incredible happens – they begin to fall in love! And that’s when everything begins to unravel.

Like a newly married couple, Pamir and Naz will move across the mafia family's house and gain Tarık Kosuoglu's trust and bring him to justice... 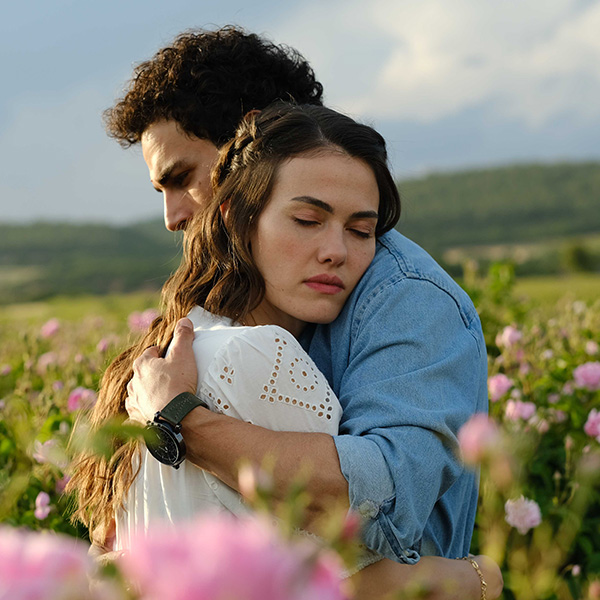 Synopsis: Toprak is a handsome, hardworking son of the Atabey family and they are handling lavender commerce. He studied architecture abroad and wanted to come back because he desired to live where he felt belonged. This decision is the reason he broke up with Ece, his girlfriend overseas. Toprak's sole goal is to achieve the project of the rose oil industry he collaborated with aunt Fatma, who is an herbalist, mixing various oils and healing remedies. Toprak's dominant father does not approve of this partnership from the very beginning since he has a dark secret related to any sort of rose produce. Gonca is a beautiful engineer who encounters mysterious secrets of the past thanks to the inheritance left to her after her mother's death. Because her mother died when she was very young, she always longed for motherly love. Yet, she is disappointed to arrive to see the neglected field and the semi-burnt ruins. Moreover, the annotation on the registry expects her to stay in Isparta for two straight years, in order to claim the legacy. She decides to go back to Istanbul, and just before that, she met aunt Fatma, who tries to persuade her to stay in Isparta. In the meantime, Gonca and Toprak's paths cross. In addition, Toprak is into Gonca at first sight. While all of these are happening, Gonca's best friend Arda comes to Isparta after her. Arda is a lawyer who is platonically in love with Gonca. Besides, Gonca cannot really seem to forget Toprak and she decides to settle in Isparta. After this point, Gonca and Toprak will fall in love. Yet, their love will shake the ground, and the secrets of the past will follow. 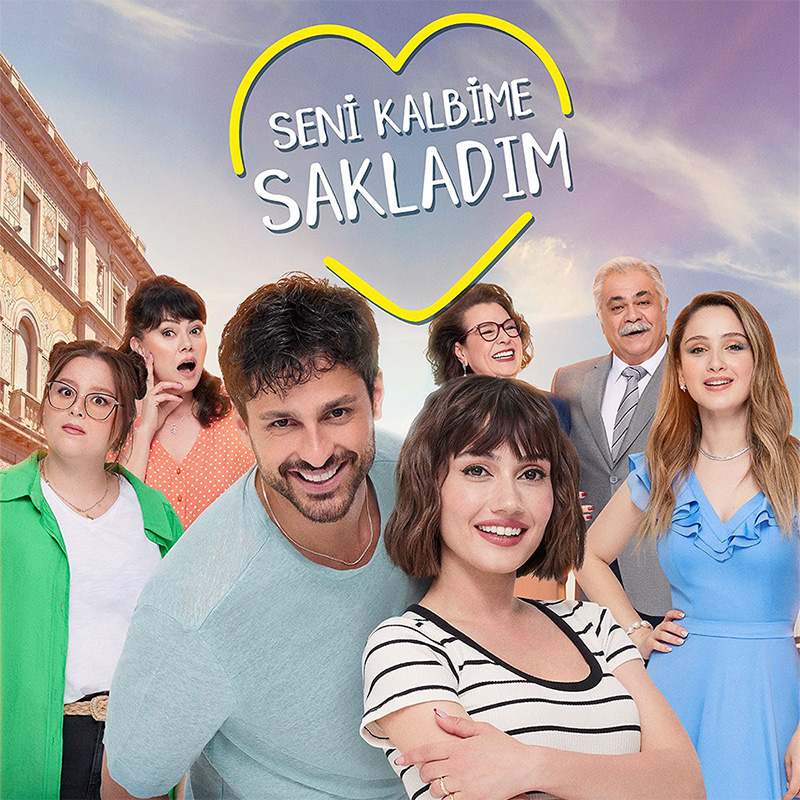 Synopsis: The series follows the fake-romance-turned-real between two very distinct characters, Zeynep (Sevda Erginci) and Civanmert (Ekin Mert Daymaz). Civanmert has been working to look after his mother Türkan and his sister Reyhan since his father left home when he was a child. Meanwhile, the intelligent, resourceful and beautiful Zeynep,  manages her family's business,  Her grandfather Yusuf’s only wish is to persuade his granddaughter to marry. Overwhelmed by the pressure of her grandfather, Zeynep tells him that she is seeing someone... While Zeynep is looking for a temporary lover to please her grandfather, she signs a contract with Civanmert known as the "flirty valet".

Synopsis: The series tells the moving story of Efsun, dragged from her idyllic village to run a beauty clinic in the city when her long-lost mother reappears, finding a new life full of passion and love, and forging a new family amid the struggles and challenges of urban living.

At first, Efsun struggles to adapt to the world of plastic surgery and the surgeon Kaan, with whom she runs the clinic. But Kaan evolves from being an arrogant womanizer as he begins to fall for Efsun. They become drawn into a passionate affair that transforms her attitude to life in the city.

Efsun starts to see that city people have different stories to tell and problems to cope with. Overcoming the difficulties of a lonely, stressful urban life, Efsun and her colleagues become close, solving each other's issues and becoming like a big family as they share their tears and joy. 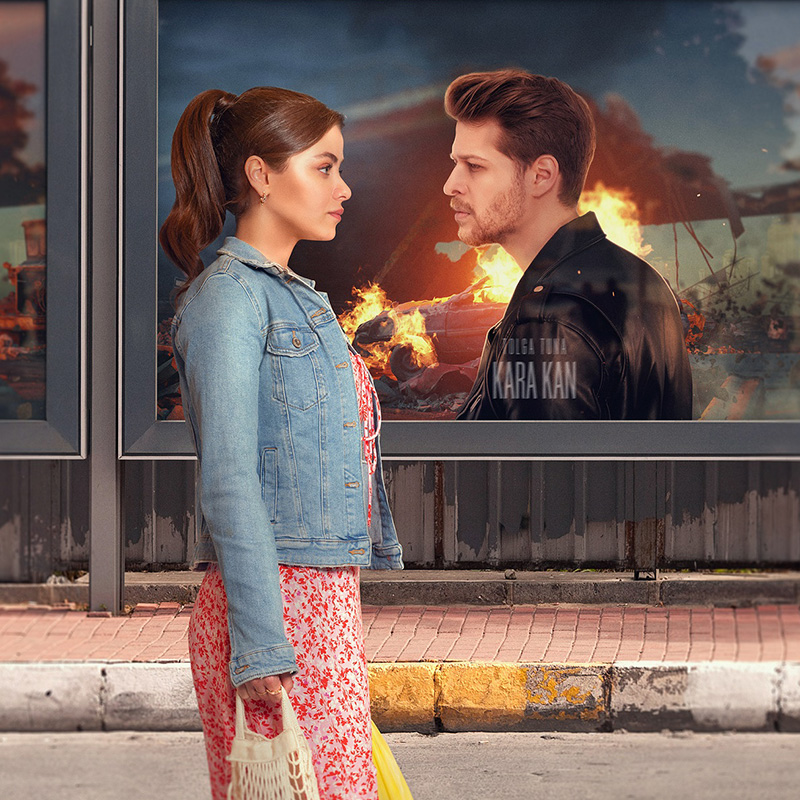 Synopsis: Tolga is a famous young actor at the top of his career but dissatisfied with his life and Asya is an ordinary girl who dreams of studying at university but working as a shop assistant in a shopping center. The paths of these two people (with totally different life perspectives) crosses coincidentally, and black and white collides. While Asya suddenly finds herself in a life that she has not interested in, Tolga, the lover of young girls, will pay a heavy price for underestimating Asya. 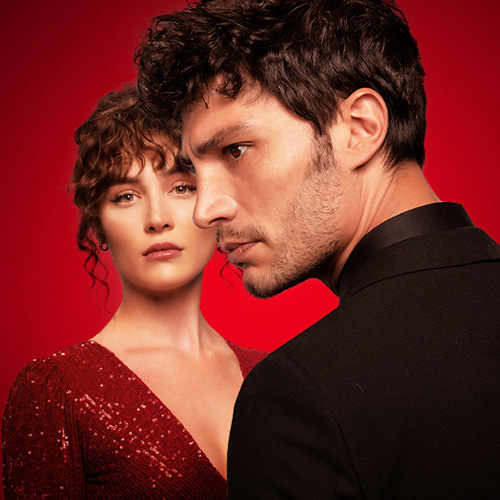 Synopsis: Firuze is a contemporary Cinderella. She is a smart and determined young woman who is both studying and working. After a difficult childhood, she leads a quiet life with her brothers and Muhsin Baba, who adopted them. Until she met Kağan. A naive love story, which sounds like the initials of the name embroidered on a cloth handkerchief, turns into a whirlwind that engulfs all of her loved ones with it. She begins to drift away from her sheltered world which was surrounded by the men of her family who loved and cared about her, towards the dark universe of Kağan.

While Firuze and Kagan's love is faced with various tests, will the couple be able to overcome the obstacles? 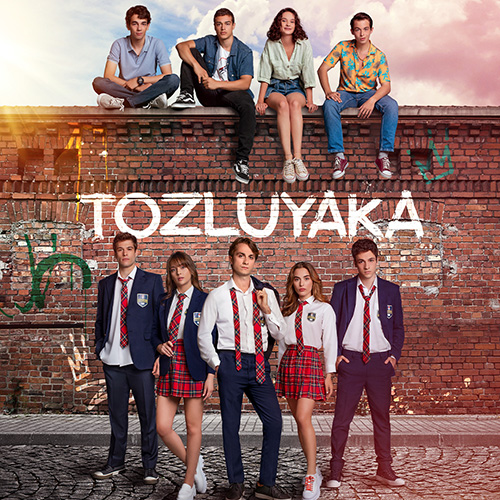 Synopsis: The happy life of Ali and his friends in their own way changes overnight. They have nothing but a long night of secrets and doubts. A miracle happens when they believe that justice will not come to them and that miracle becomes a source of doubt. In fact, nothing is as it seems.

They set off fearlessly to their new life to find the truth. When their courage is added to their strength, they will only have to open the doors of that secret night one by one. Finding the keys will not be easy.