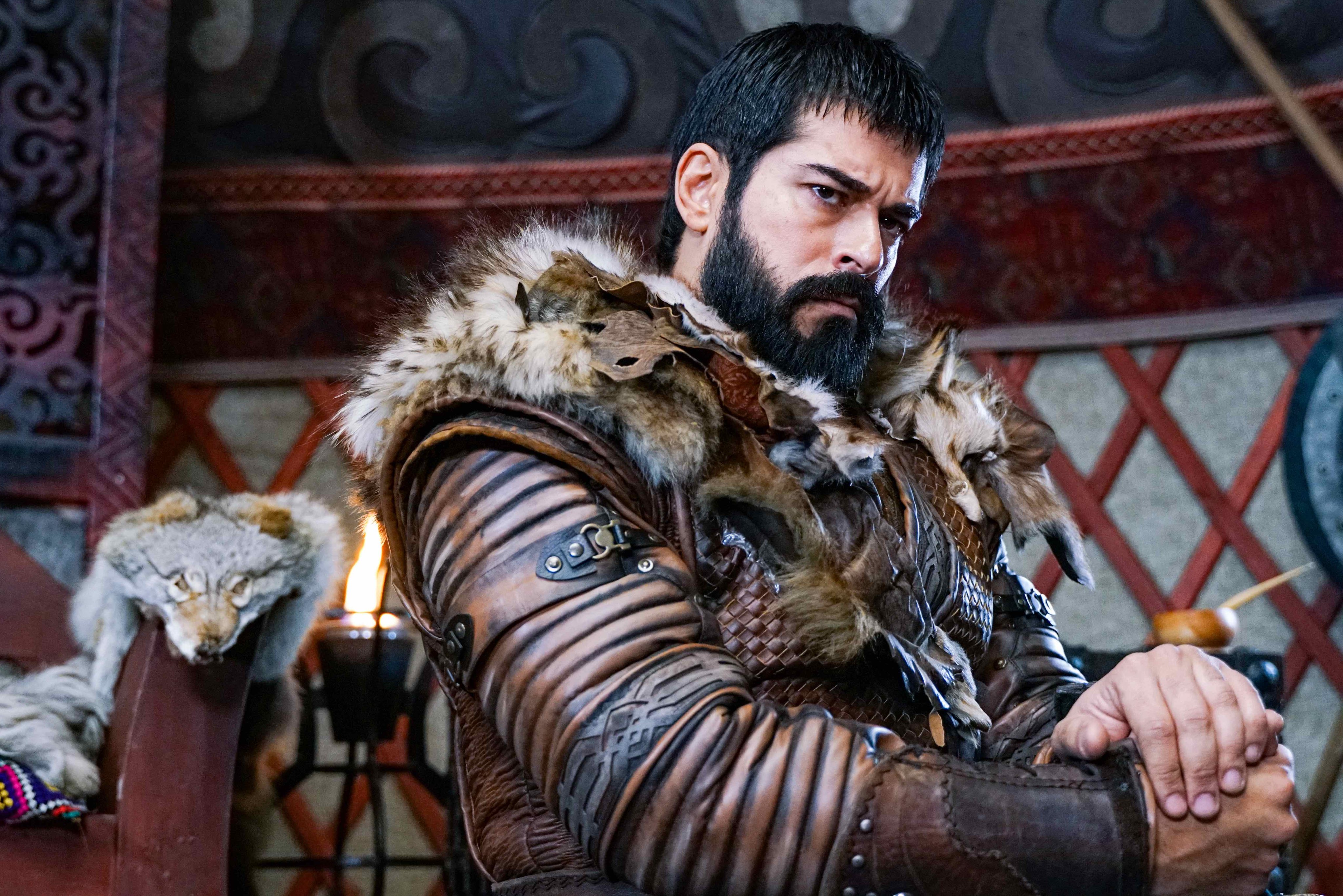 You say you can burn in hell for me but I'm already in paradise; living with a beautiful angel. Osman bey

We picked off from where we had left previously. Bamsi bey takes Osman bey to the place he had secretly collected all the relics required for the creation of a state. Osman isn't the only one curious about it, the Pope's men are after it too. They learn the location and initiate an attack after Osman leaves for the tribe. We come across the old wild Bamsi who used to be compared to a wild bear. He fights them off as if we was protecting his honour. Later Abdulrahman Gazi and other alps serve as a help. But since the cover is blown for the hidden place, some relics are dislocated by Bamsi bey's orders. While in the tribe Targun's plans out to hem poison Bala and to hem save her. Although her plan falls upon herself. While Dündar bey runs his own errands to make it out alive and victorious of the Osman bey situation. Him meeting Nikola sets Osman bey ablaze and he almost kills his uncle in order to remind him what happens with betrayers traditionally. Savci on the other hand is all ready to blame Osman bey for Flatyus' escape. 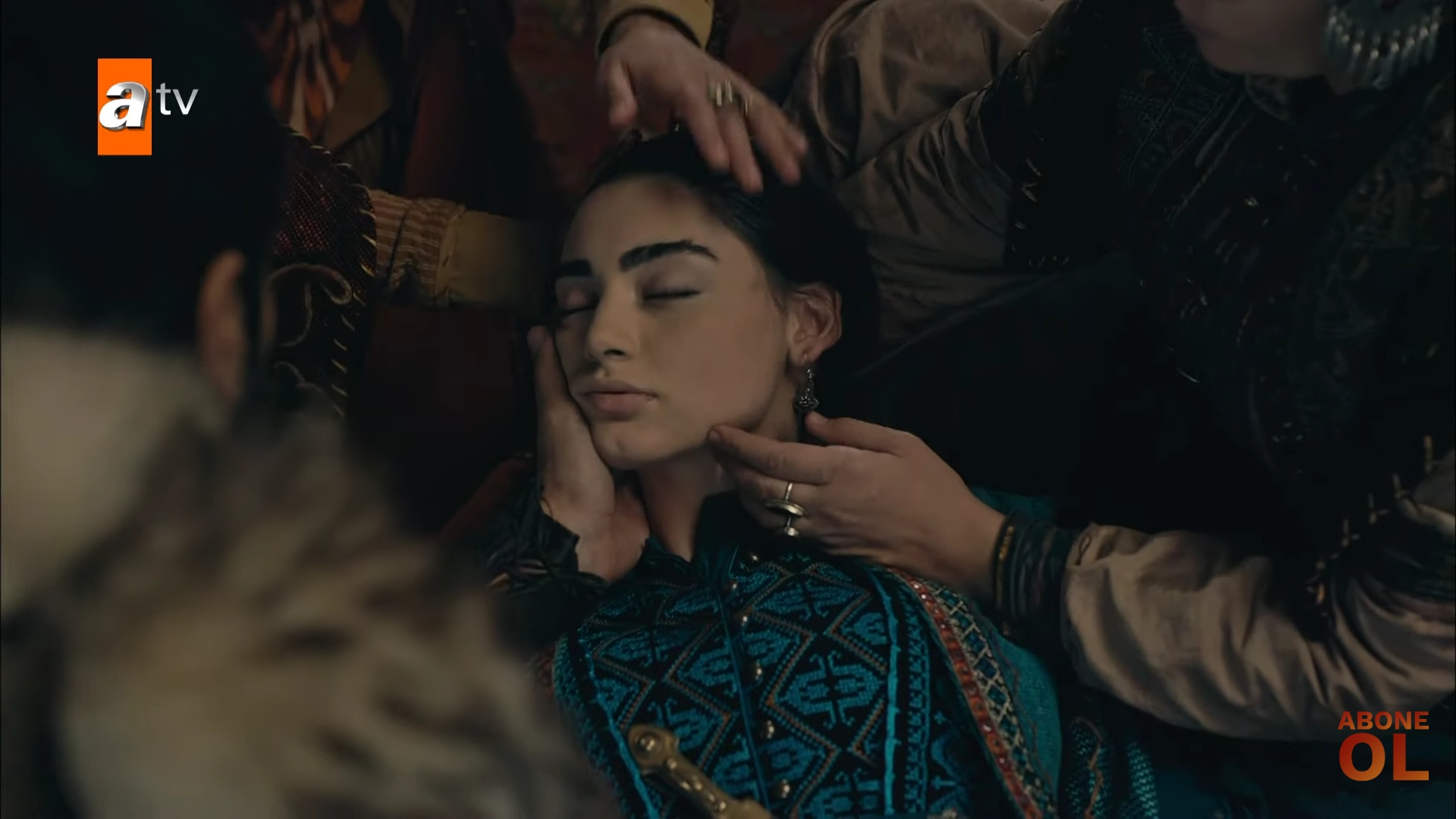 Ama Osman somehow manages to bring together the bey family under one roof for dinner where everyone is trying to finally accept the fact that Osman is the bey and asking for forgivingness from each other. Osman bey discloses his further plans of aiming for the Inegöl castle with the help of the beys from the borders. He sets up a convocation for bey's from the border tribes in Söğüt. But Flatyus' return to Nikola demands Nikola fulfilling Petrus' wish of killing the beys before they enter Söğüt.

An utter moment of pleasure was Osman bey ordering Gonca and Aygül to take Targun Hatun to the prison tent as soon as Bala opens her eyes. Osman bey didn't at all fall for Targun's cunning game. I loved how he exactly knew who could poison Bala. And not only that but he let Targun finish off her plan, he lets her prepare medication for Bala and as soon as Bala reopens her eyes, Targun is all happily looking into Osman bey's eyes with her victory smile. Right at that instant, Osman bey cancels out her entire victory. For a moment Bala was upset at the view ahead of her; of Targun and Osman bey looking at each other with love but then it's all gone. I have always admired Osman bey's instincts. How his mind does wonders and he analysis everything in the most perfect manner ever.

I've been wanting to talk about Cerkutay for a couple of episodes. Even though he hasn't converted to Islam yet, his actions and intentions already have. There's this good side of him which we get to see now. It's a totally different character from the one we had watched in the first Season. This Cerkutay is much merrier, full of life, and has an open mind for learning. I admire how he looks ahead to learn every tradition and a manner to do things rather than staying in his old wild Mongol self. Recently, the bond which has been developed between Cerkutay and Bamsi bey is overwhelming. They both are like pieces that fit together to complete themselves. I already had it in the back of my mind that Cerkutay might be the young Bamsi in this show. Which eventually Bamsi bey confirmed by saying that Cerkutay would be to Osman what Bamsi bey was to Ertuğrul bey. Cerkutay is already getting into that funny character who thinks an alp's true love is his weapons. I have my fingers crossed for a future Hafsa to enter. 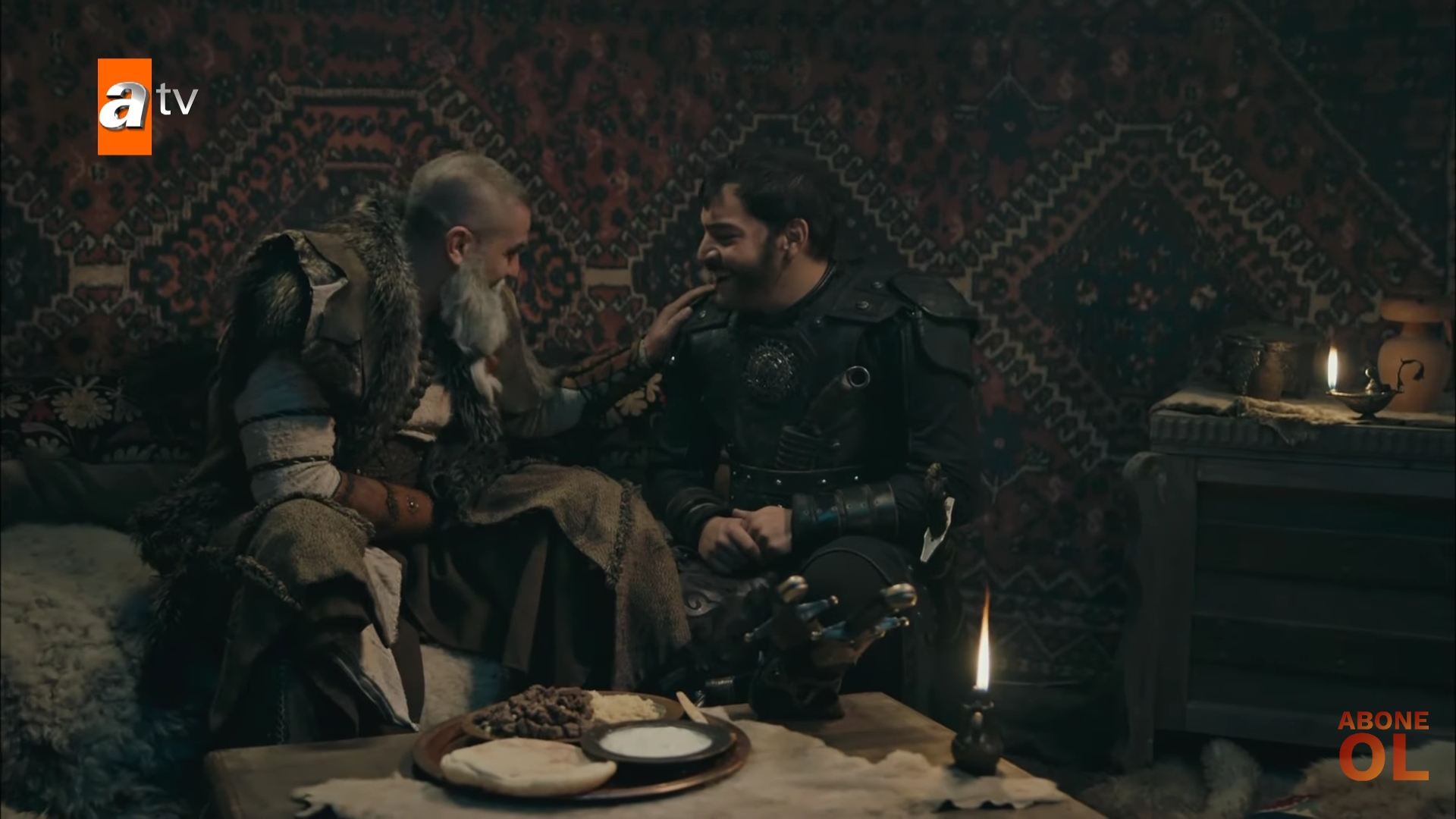 Osman bey finding out about the relics which were hidden like the most precious jewel by the Oğuz Han successors was indeed a precious moment for him. Osman bey realized the amount of hard work and potential that had been put into this dream for years. This only motivated him to execute these dreams more efficiently. Those relics act as a spark to ignite the fire within him. His aims and motives are much stronger than ever before. 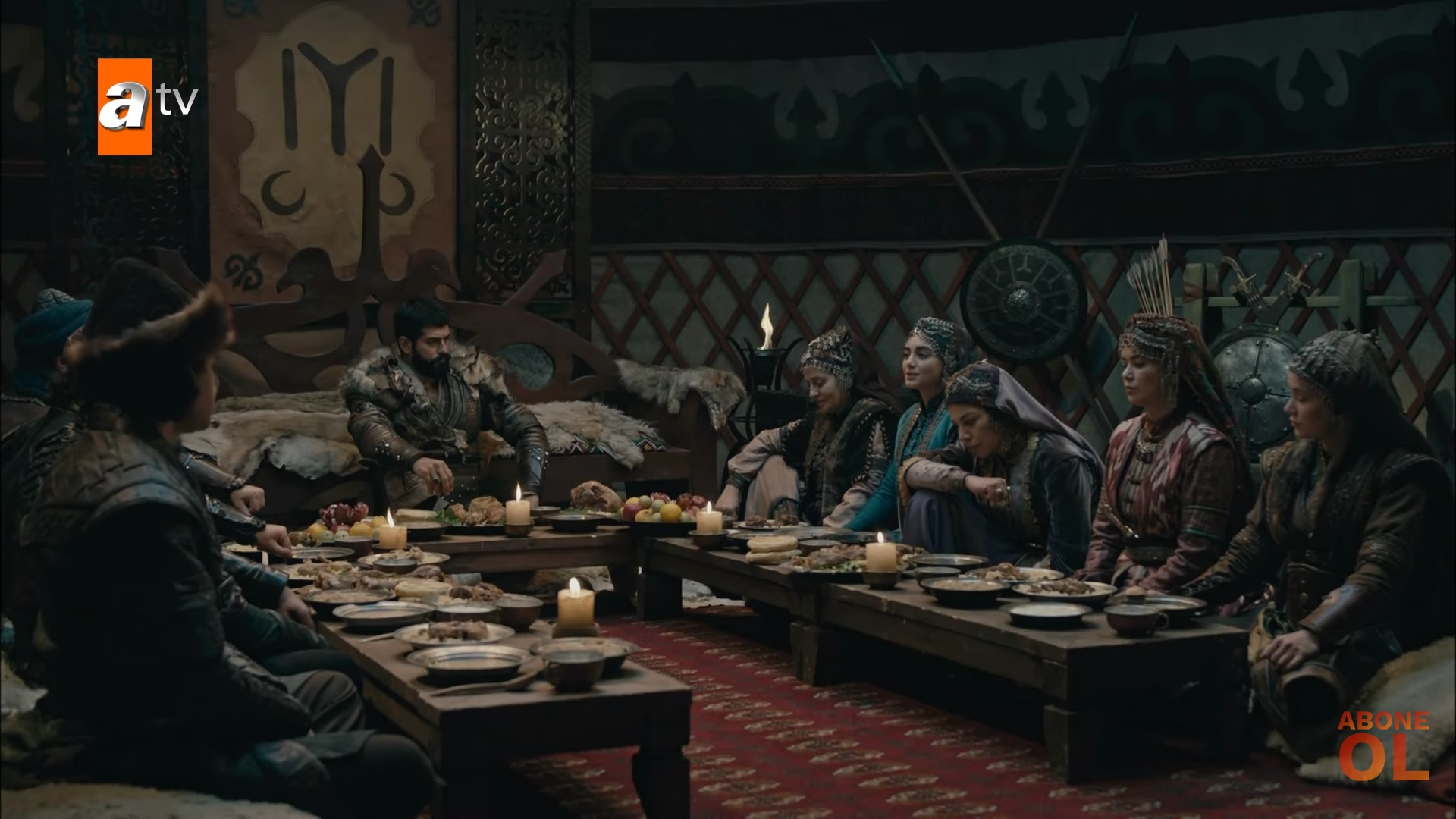 Now as a being a part of a constant viewer I did not, now would I ever accept that Osman bey banished Göktuğ from the Kayı tribe just because Flatyus escaped while Göktuğ was the alp Commander. The people who've watched Diriliş Ertuğrul would certainly agree with me because we've seen this film before. Ertuğrul Bey had played a similar game with his dearest and that time Alp Commander; Turgut Alp. I have high hopes that maybe Osman bey banished Göktuğ along with Targun and her father for Göktuğ to take them in his favor and learn about their further plans as they already had an alliance earlier with Tekfur Nikola. This might be a game where Göktuğ is being used as bait. I'm really excited to see where this heads to.

To love someone more than yourself is a skill. Bamsi bey

This was a particularly short moment in the episode but the future depends on it. The letter Ertuğrul bey had left behind was finally given to Osman bey where another wish or order as I just say of Ertuğrul bey is revealed. Ertuğrul Bey wants Osman to marry again. Yet again, this might be related to the heir issue. Which was briefly discussed between Osman and Bala earlier in this episode. But now that it's an order from Ertuğrul bey, Osman will have to oblige to it willingly or unwillingly. This is going to break some hearts immensely. Mine is already crushed. But we need to be prepared for maybe a new character? But surely for a second marriage. I wish I really could decipher where this is going to head but alas, it makes situations much more baffled. 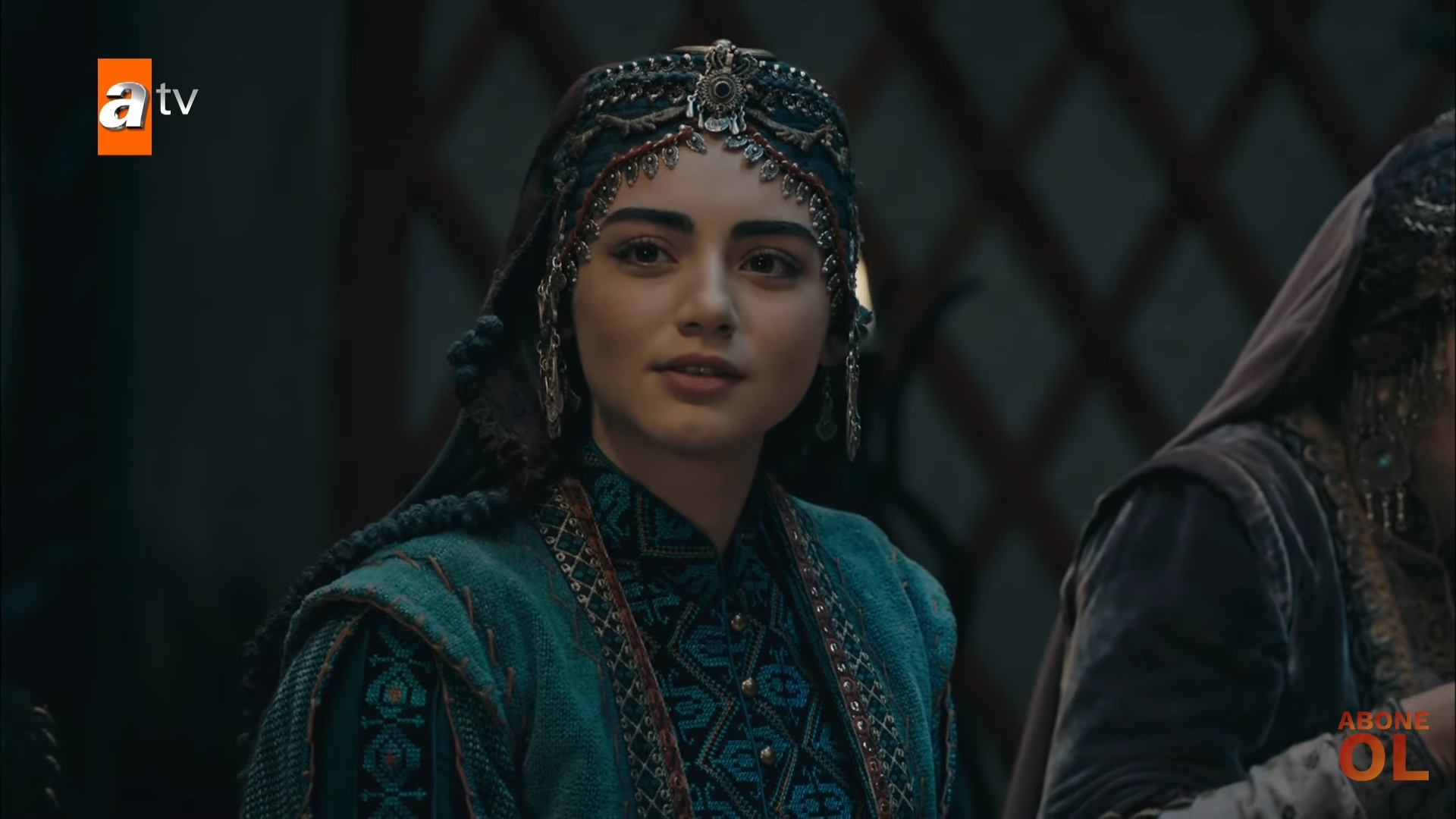 I found it really depressing in this episode that Targun chose to convert her belief for a man who was in love with someone else. There were better ways she could've worked her way up to Osman bey's heart. (I doubt that too) But I hated how she thought that by just changing her belief she could get any closer to him. If her love was meant to be mutual, she could've been the enemy's daughter, and yet he could be fallen for her. But his heart already belonged to someone else. It upsets me when people especially women try their luck on taken men in dizis. Women know the value of love a bit more than men sensitively. You cannot value your love more than the ones who already are in love with each other. And then playing tricks to get that love is nothing but deceiving. Deceiving the person and most importantly yourself. Her faith had nothing to do with her love, if her love would be been real and meant to be; it already would've been something like Bamsi bey and his wife Hafsa (Helena) or like Savci bey and Lena. Love has no bounds nor is it limited to something. 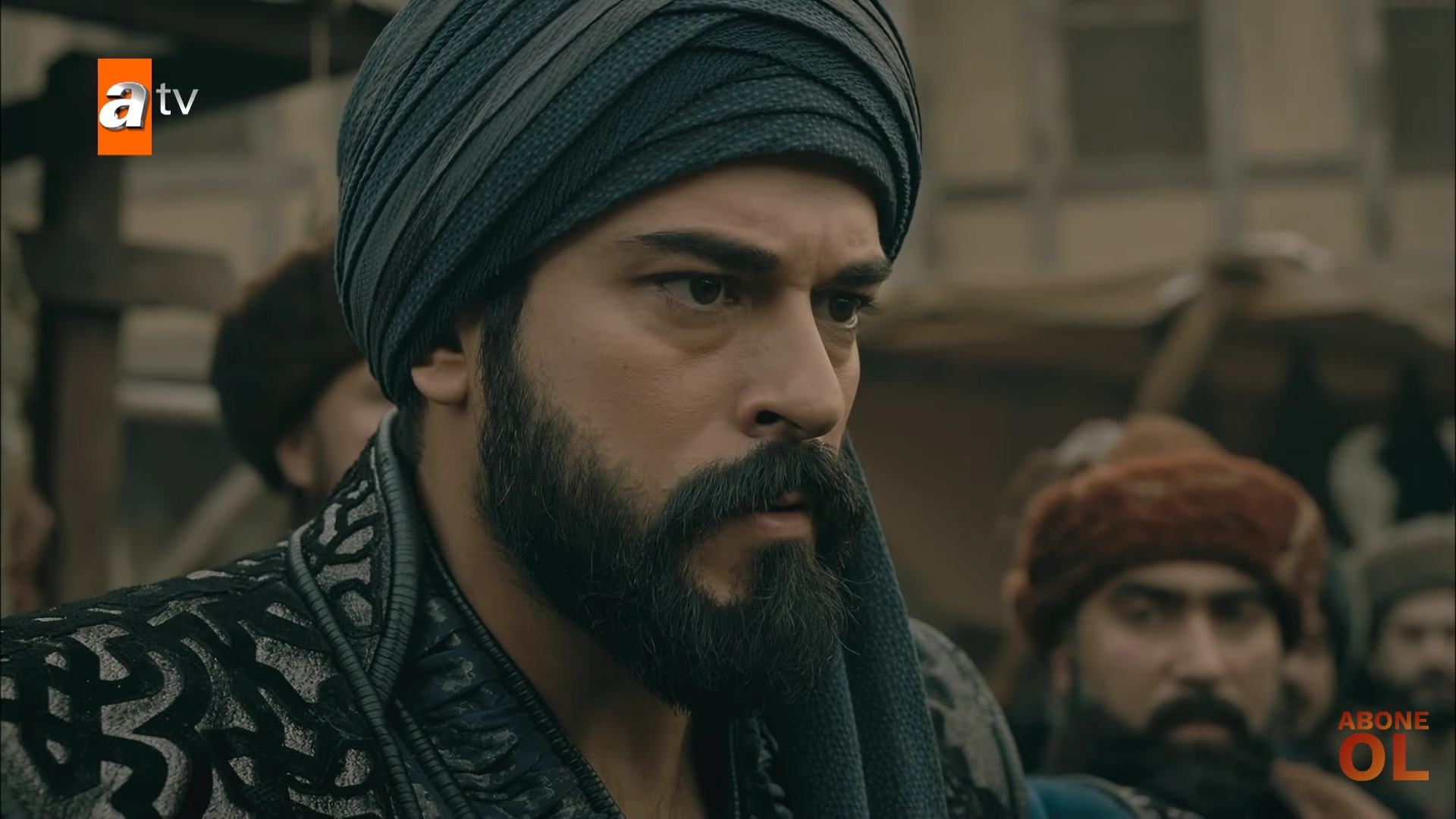 On an overall basis, this episode was pretty good. Many important issues were handled here. Finally, we'd be watching the Kayı beys one and together. Although Dündar bey has decided to play the Wolf in the sheepskin game. We progressed with other issues as well as finding out about Osman bey's further intentions. We are finally free from the cunning Targun. Now the issues coming forth in the next episode will be of the beys killed by Flatyus. I'm wondering how will Osman Bey solve this issue while his real enemies are disguised and already settled in Söğüt and as well as in the tribe. Another issue that was talked about in both Bala and Osman which caught my attention was to bring teachers and scholars to the tribe to increase literature and knowledge. I love how both of them pay attention to progress in all fields and ponder about all sorts of issues, from liberating women and children in the tribe to bringing all the Oğuz Han descendant tribe under one flag.