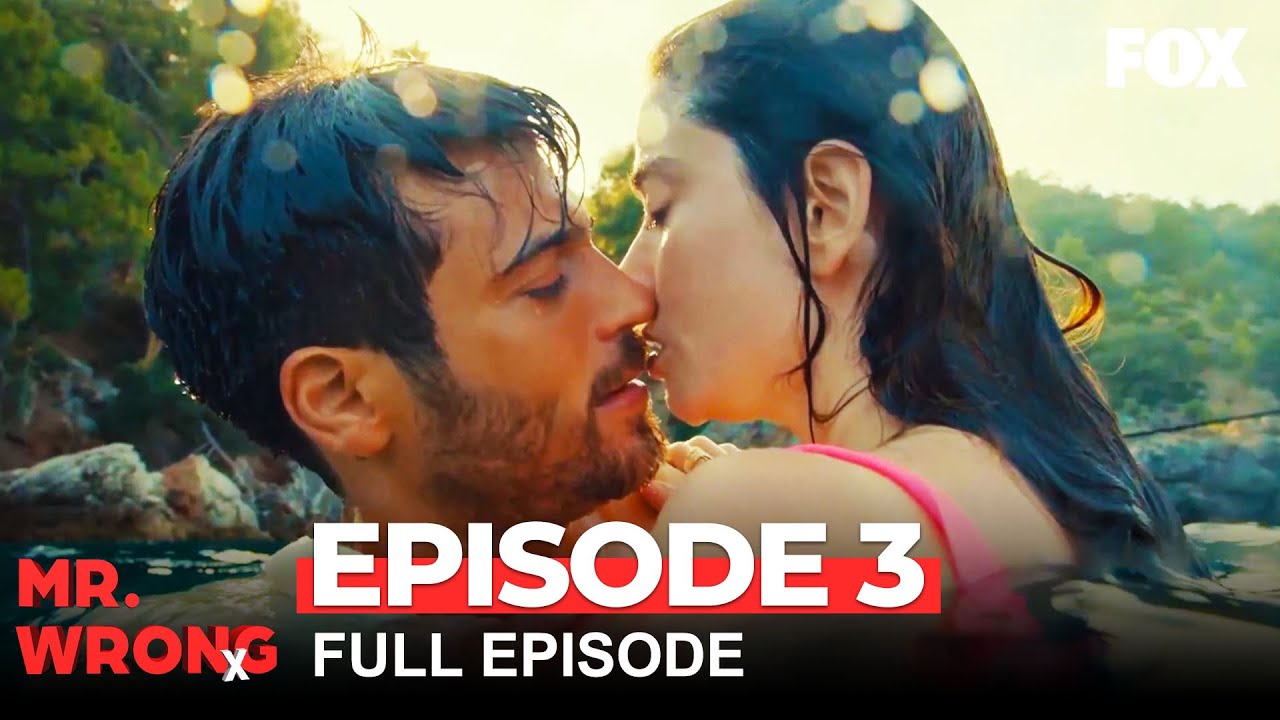 The episode starts with Ozgur and Ezgi at odds with each other. Ozgur is angry that Ezgi reneged on her promise to go to his sister’s wedding in favor of her date with Serdar the Doctor. When he figures out Ezgi is the new employee at his company, he insults her and she gives it right back, kicking the broom to the floor on her huffy way out while quitting a job she desperately needs but does not even start.

As luck would have it, she runs into Soner the Pislik and his sleek new girlfriend outside Serdar the Gynecologist’s office and embarrasses herself by slipping on the wet floor in front of them. She realizes that the smug woman is pregnant, and it exposes her deepest wounds from her long-term relationship with Soner, where she was never even introduced to his family. She is broken that she hadn’t been good enough, and while getting drunk on her “Lust for Revenge” spree, she calls the Pislik for an explanation so that she can finally move on. Whether she was ready to hear it or not, Soner gave her valuable feedback: he was looking for a wife and not another mother. Her willingness to sacrifice herself at every turn took away his excitement about being in the relationship as he felt he had nothing to lose.

“Drunk as a Skunk”, Ezgi finds herself at Ozgur’s door, needing to talk to the only man who seems to understand her. She passes out in front of his apartment, and that’s how Ozgur finds her when he comes back with a hot date with amorous plans in mind. He dismisses his no-name date without remorse and tries to help Ezgi get back to her apartment. In her drunken state, her keys are nowhere to be found, and in a case of déjà vu, he takes her back to his apartment and nurses her low grade fever while she is passed out, and then leaves her to sleep it off in the bedroom while he takes the couch.

In the morning, once the dust from Ezgi’s shock and indignation settles, Ezgi realizes that she has allowed men to devalue her worth by being like the leaf that blows with the wind, and understands that her going back on her word with Ozgur was not the right thing to do. She promises that she will travel with him, and in front of him, cancels her date with Serdar the Doctor, with plans to be resurrected at some future time.

On their way to Gocek, Ozgur makes a stop at a highly-reputed road side restaurant in Bursa, not knowing that it belongs to Ezgi’s mother and stepfather. Ezgi’s mother thinks Ezgi is traveling with Serdar the Doctor, and the young pair allow that misconception to continue, pretending to be in a budding relationship. The group has a lovely time together over great food, and Ezgi’s mother is charmed with Ozgur’s looks, wit and politeness. She is pleased that Ozgur is taking Ezgi to meet with his family.

When they are near Gocek, during one of their regular banters, Ozgur tells Ezgi that if a man hasn’t taken his woman to meet with the family early in the relationship, there is no way he was serious about her in the first place. Another penny drops in Ezgi’s tired little brain, and she once again wonders why she didn’t have Ozgur in her life before to help her navigate her messy and unrewarding love life.

The family loves Ezgi, but when Ozgur’s nosy-Aunt-from-hell shows up with her incessant questions and annoying mannerisms, Ozgur escapes with Ezgi in tow, gets on a bike and heads off to the pier to go on a boat ride. They have become very comfortable with each other, trading jibes, jokes and almost always poking fun at the other’s characteristics. He goes into overdrive every time she threatens to start talking non-stop, and she keeps taking a jab at his unapologetic and gigantic ego. Inadvertently, Ozgur also praises Ezgi in many ways and tells her that Ezgi is the type of girl that his mother will love.

As their comfort levels grow with each other, their boat comes to a beautiful, secluded spot, where Ozgur wants to go for a swim. While Ezgi is undecided, he just picks her up, still in their regular clothes, and jumps into the water. The episode ends on the two of them being precariously close to their first meaningful kiss, as Ozgur calms Egzi down by saying “Would I ever let anything happen to you?”

I find the Bay Yanlis plot to be moving at a clip pace, with just the right amount of time spent on the main protagonists versus the side characters. We are shown the relationship between Cansu and the Sleazeball Levent, which showcase what an opportunist he is while her hopeful heart waits for more. Even though she is constantly giving advice to Ezgi, it is interesting that she cannot make the right decisions in her own love life. It is the same with Deniz, who comes across as a man-hater with her aggressive and no nonsense ways. The reality is that it is far easier to talk the talk than to walk the walk.

Ezgi’s vulnerability when it comes to the Pislik captures so many wounded emotions. Growing up without her father, she wants to be loved by her man and not be abandoned, she wants to feel good enough for him to stay, she wants to take root in a family that will grow in love. After investing three years of her life with the Pislik, to be callously cast aside is not easy to get over. And it seems that Ozgur is the perfect medicine for her in this state. He is mischievous but honest, annoying but caring, fun-loving but successful. She doesn’t feel like she has to second-guess her moves or try to be something she is not. There is trust within the craziness and he has already proven that he is there for her at her worst.

Ozgur, on the other hand, is used to being chased by all sorts of women and in Ezgi he finds someone he can be with. She is authentic, unaffected and fun, and is not piling him with a list of demands or trying to ‘tame’ him in any way. She accepts him at his worst as a womanizer and is more focused on his strengths as a person. This is a refreshing change in his life and he is learning to enjoy an experience he hasn’t had before. At one point, Okan calls him on his nervousness around Ezgi but we get several funny skits where Ozgur brushes off Ezgi’s importance to him. As the episode progresses, we also catch glimpses of his pride in who Ezgi is as a person, leaving us to wonder if he is following through on his own advice: if a man is serious about a girl, he will introduce her to his family early in the game.

The humor is light-hearted and predictable, but the comic timing from both Can and Ozge seems to work for the characters. There is also a tongue in cheek nature in the skits, where Ozgur/ Can take a jab at the magazines and how it printed things he never said.

Asli Zengin is hitting it out of the ballpark with the dialogue, and her knowledge of Yaman’s delivery seems to be paying off. Ozgur comes across as the mischievous little boy who would go around pulling a girl’s pigtails or putting a frog in her bag, but there is no vile intention. He is easy with his laughter and has a zeal for fun. Their rapport both as the characters and as the actors work well. This is reflected in the rising ratings, which clocked in at 5.45, and at the top of the charts for Friday, beating out the popular Survivor.

The first trailer for Episode 4 already seems promising with Ozgur stealing a kiss on Ezgi’s hands. It seems as though they might be getting more and more enamored with each other even though neither fits with the other’s ideal definition for a partner. With warning bells ringing from every sane voice in her life, what will Ezgi decide about how she feels for Ozgur? We now have to wait a WHOLE week to figure it out! 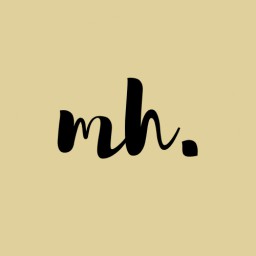 Thank you for taking the time to read, and to leave a comment, my dear friend! I'm so happy that you enjoy them! 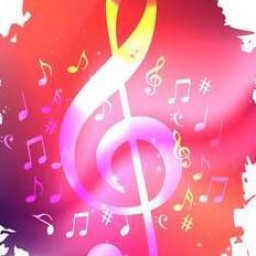 Even watching this episode without really getting the full benefit what was actually being said, I still laughed. But when I saw the English translation, I absolutely laughed my butt off. This is been a very enjoyable show from the very beginning. And I LOVE the recaps and analysis. They make it so much more fun and entertaining!