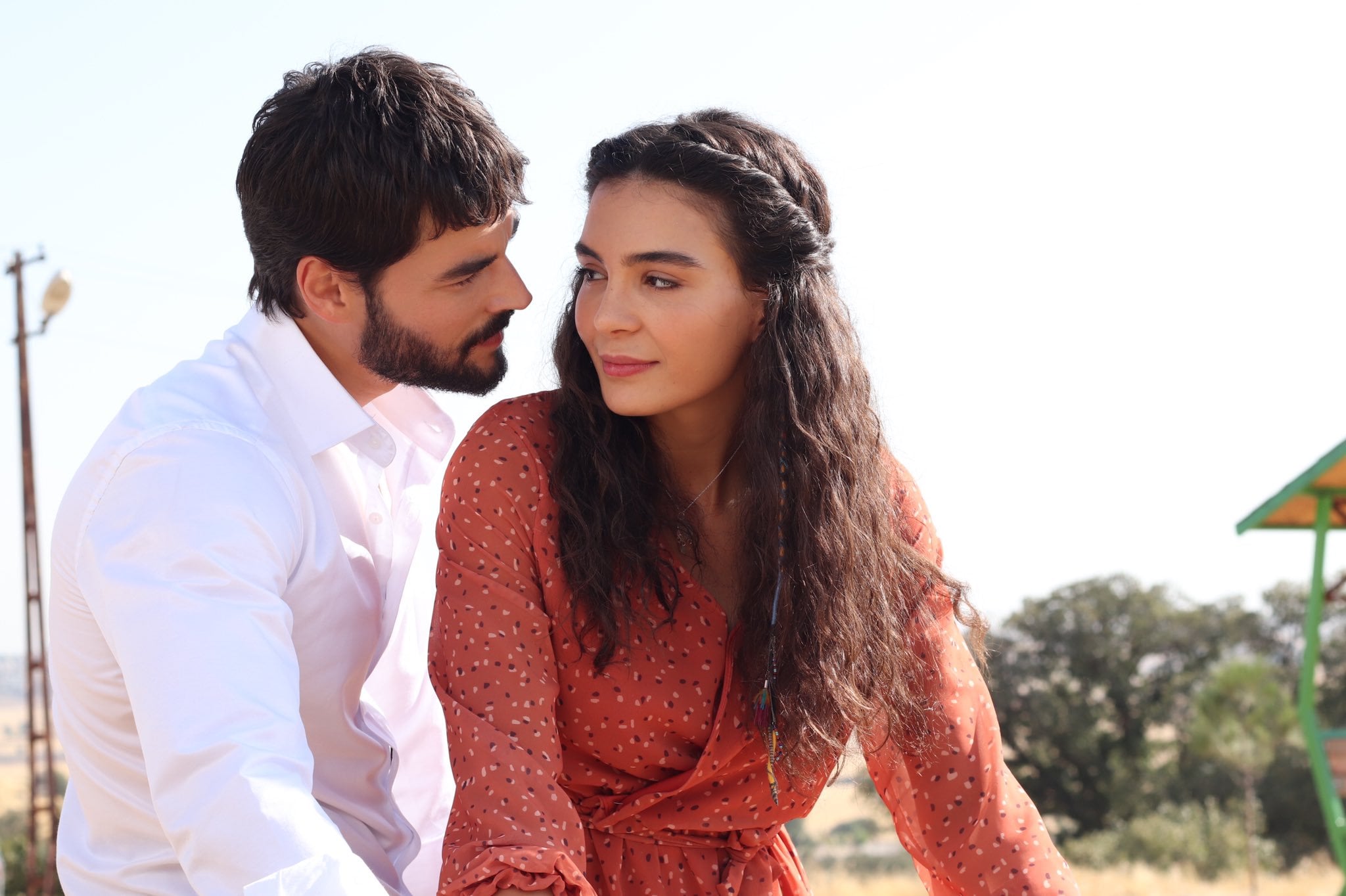 My Enemy My Friend

Episode 16 was brilliant, touching and full of veiled intimations.  The episode started off with organized confusion and ended with clarity.

The Shadoglus and the Aslanbeys face off at the Shadoglu farm but the subject of the face-off is not what Azize intends.  Reyyan’s kidnapping distracts from Azize’s goal to wipe out the Shadoglus, as everyone on both sides hurriedly sets out to find her.  This event forges an unusual partnership between Hazar and Miran to Azize’s great dismay and provides some very interesting scenes between Miran and his father in law/father.

Similar to the previous episode, this one is sparse in actual events, but quite rich in providing context for the love between Miran and Reyyan, a far better understanding of Miran as a man, and information that moves the story further towards some sort of revelation.

The first half of the episode is dedicated to the search for Reyyan which we find is replete with misleading clues.  However, conversations between Hazar and Miran during their search lead Miran to ask his grandmother whether they might have an enemy other than the Shadoglus.  This line of questioning infuriates Azize, who blasts Miran for daring to ask the question.  Mystified by her reaction, he follows her one night as she meets with her sister Hanife, the Shadoglu maid (and Azize’s spy) at their old family house.  Azize explains away Hanife’s presence by telling him that she is his spy in the Shadoglu mansion, and Miran appears to accept it.

The search for Reyyan ends when she is left by an unknown car in front of the Aslanbey Mansion.  She has difficulty recalling the sparse details she recounts, and she begs Miran to take her to see her parents.  Miran arranges a meeting between Reyyan and her parents at a hotel, where he watches the happy reunion, alone and forlorn, from behind the glass doors of the hotel restaurant.

The next morning, Miran who is puzzled by some of the preceding events, sets off to further examine his car which was shelled the day before his wedding only to find it gone.  He is told that the car was removed by the order of the Aslanbeys.  Suspicious, he heads back to the Mansion to confront Azize, once again to be met with fury.  Azize again repeats that it’s the Shadoglus doing, but this time, all the events of the past few days make it difficult for Miran to buy in.  He leaves Azize and calls his enemy Hazar to tell him that he is right.  There is another Aslanbey enemy.  Meanwhile, Reyyan confronts Azize and shows her a note, apparently from her kidnappers, which provides the proof that Azize is the reason that she was kidnapped.  The episode stops here.  We know nothing about the kidnappers, nothing about who could be another enemy of the Shadoglu (if at all), or what Azize will do to pull the pieces back together. 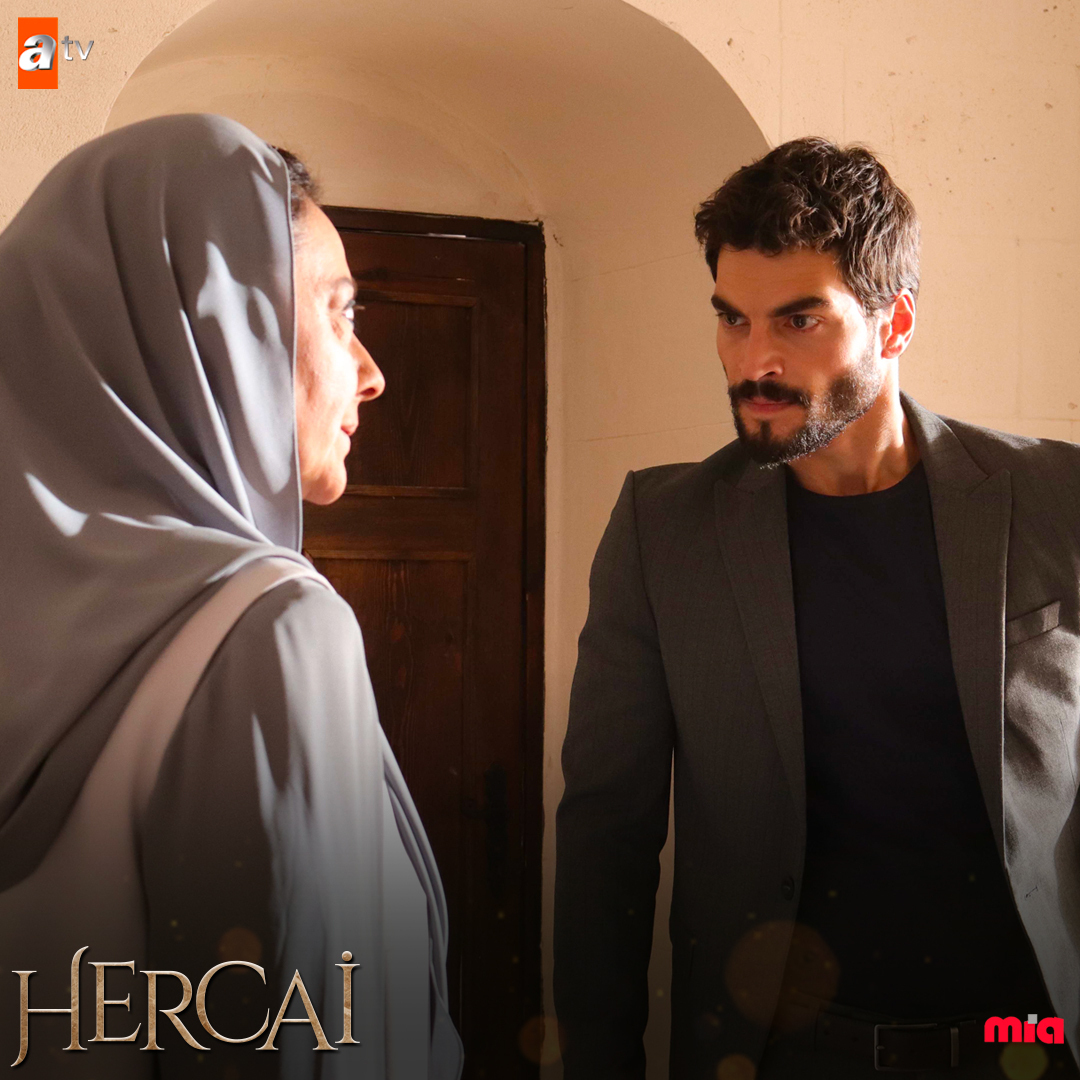 Throughout the previous season we watched as Miran adamantly, and almost obsessively pursued Reyyan after his betrayal of her.  The audience only saw a brief courtship between the two as the wedding took place in the second episode of season 1.  Anyone watching would come to believe that Reyyan and Miran had very little time to get to know each other, hence Miran’s relentless pursuit of Reyyan seemed to border on stalking. How could he be so sure that she loved him?

Three extremely beautiful flashbacks shown from Miran’s perspective while he desperately looked for Reyyan, painted a picture of the deep love between the two.  More importantly these flashbacks offered a perspective as to why Miran was so sure of Reyyan’s love.  Besides the stunning videography, the music and setting for these flashbacks created an atmosphere of enchantment and unrequited love.  In one of the flashbacks, the allusion to the tragic love of Romeo and Juliette was unmistakable, even modifying the music of the classic movie for the scene.

As we begin to understand the intensity of Reyyan’s love and her unwavering trust in her lover, we understand why she is so hesitant to let him touch her, and why she pulled away from him with such vigor.  But we are also left wondering how Miran could commit this horrid act of betrayal knowing what Reyyan was feeling. It is easy to immediately look for a character flaw in Miran, and many have done just that.  A man who would send a woman who loved him to such an extent to her death, but even more, would destroy every last bit of trust she had in him, must be a cruel man indeed.  But the writers quickly dispelled that notion in a beautiful scene where Miran watches Reyyan interacting with her family after she is found.

As he watches the touching scene, he asks himself “Is this how a father looks at his child with love? Is this what it’s like to have a loving family? If I had a sister like Gul, my eyes would sparkle as well.” His younger self appears before him, and with tears in his eyes, takes the older Miran’s hand to lead him to the loving family.  The irony is palpable, as indeed it is his father, Hazar, that is looking at the Reyyan with love in his eyes, and it is indeed his sister, Gul, that puts the sparkle in Reyyan’s eyes.  Miran does not join Reyyan and her family, but instead falls back on his hatred.  Someone has taken this beautiful scene away from him.  Someone has deprived him of the love of his family, and to him, that person is Hazar Shadoglu.  Azize’s relentless efforts have trumped any softening of Miran’s resolve.

Also in this scene we get final confirmation of Reyyan’s devotion to Miran.  Her family begs her to leave him and come back with them, to safety. But with quiet determination she refuses.  She does not tell them that she loves, instead she tells them he is good, he protects her and he loves her.  This is enough for Hazar.  He understands her love and vows to find the proof he needs to convince both Miran and her of Azize’s diabolical deception.

The inconsistencies in what has befallen them so far has not escaped Miran.  Now with Reyyan safe at home, he sets off to get some answers.  Of course Azize continues her unrelenting verbal onslaught against the Shadoglus with Miran, but one gets the sense that she is not as convincing as previously.  Reyyan’s patience, her calm, rational words, and the sense of tranquility she brings have a balancing affect on Miran.  Reyyan was raised with love by Hazar, the same as Miran would have been had he had his father with him.  It is a sweet twist of fate and quite contrary to Azize’s objective for him, that Miran is now being loved by Reyyan in the same way.

There also appears to be a new couple in the making.  In the middle of all of the chaos, the story seems to be moving towards a relationship between Azat and Elif.  While Reyyan is missing, Elif meets with Azat to confirm that he has nothing to do with the kidnapping and tells him that they need to work together for Reyyan.  Azat is visibly affected by Elif’s calm and forthright manner.  The chemistry between the two is palpable, but Elif has far to go to replace Reyyan.

Additionally, in this episode, Yarin overhears Nasuh saying that all of the Aslanbey property is written in Firat, the Aslanbey maid’s son. How this will play into her planning is unclear, but perhaps now she will shift her focus from Miran to Firat.  One can only hope!

Azize’s influence over Miran is slowly waning.  Her constant repetition of the same story seems not be working as it has in the past. Miran has Reyyan now, and her influence seems to be mounting.  But Azize is nothing if not crafty.  What she’ll come up with next to distract Miran from his search is anyone’s guess.  The question is whether Miran will actually fall for it.  It’s clear that he still trusts his grandmother because he believes there is another enemy at work.  But Hazar is on the job now too, and Miran has witnessed his integrity.