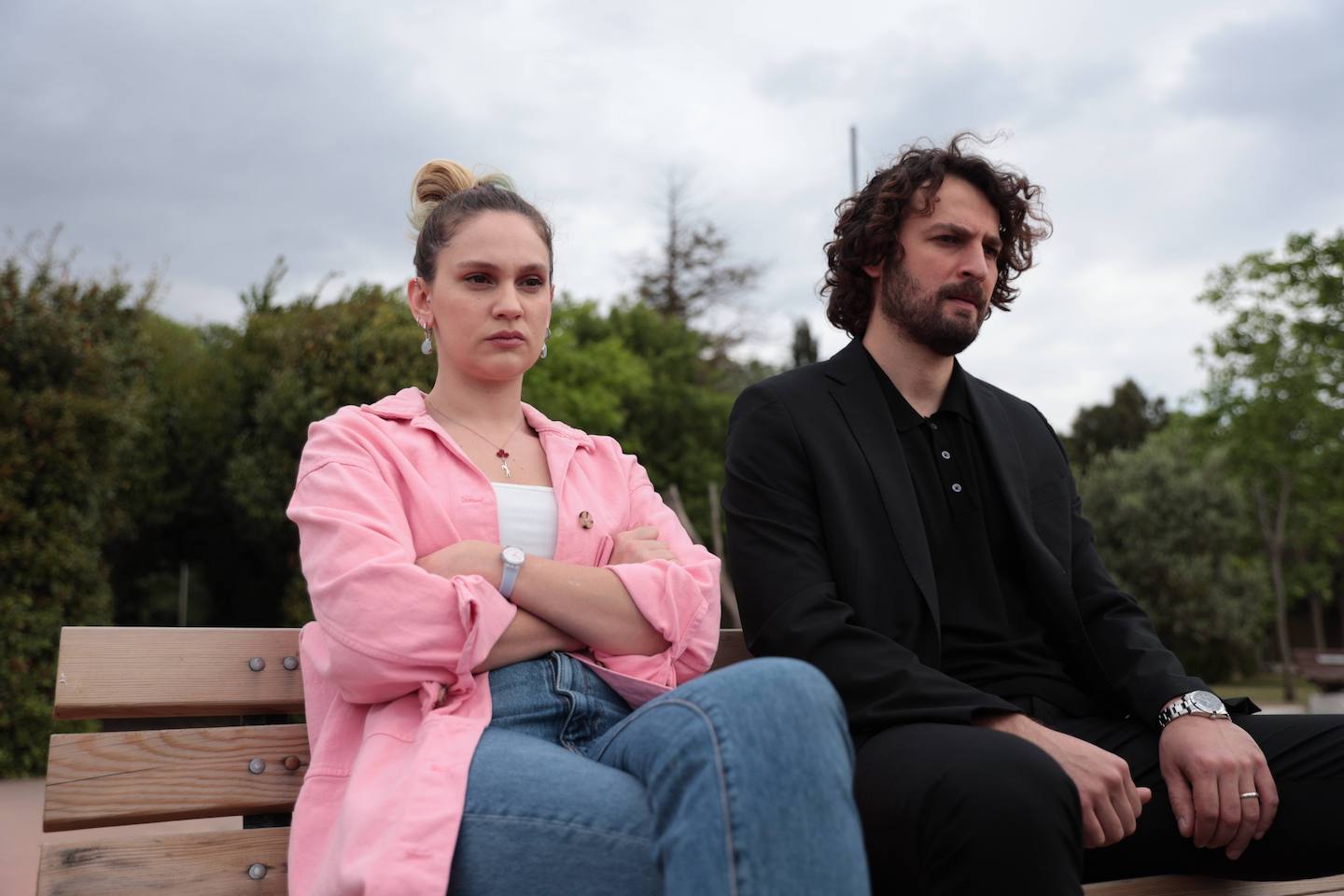 There are five stages of grief: denial, anger, bargaining, woe and acceptance. Interestingly, in a romance, much of the conflict between two people can follow this same ‘feelings’ trajectory for each separate conflict or incident and more broadly over the entire course of a relationship. This push and pull of ‘will they’ or ‘won’t they’ underscores many of the reasons why romantic dramas can be fun to watch. We root for the leads to finally find their way back to one another, despite the challenges and the pain, in between.

For Inci, when Esra first told her that she suspected Han had a deeply troubled psychology, Inci denied it; she was angry at Esra for suggesting such a thing, angry at Han for giving Esra good reason to think so, and with herself for quieting that small voice within her that knew that Esra was right. Next, she bargained internally on whether she loved him enough to stay with him, and whether she could convince him to seek help. The period during which she filed for divorce could be deemed her ‘time of woe’ as she tearfully realized that she could not let him go. With this realization came acceptance: willful acceptance of him and all of his faults, the day she moved into his home.

Inci has followed this same feelings map multiple times on a microlevel, every time she learned more about Han’s dark side, eventually always forgiving him or finding justification for his actions. When he quit therapy without telling her, perhaps she felt his decision was justifiable because Anil had become obsessed with his sister; and he had found another psychiatrist. The reasons behind his lies or his bad acts are somewhat compelling, such that after her anger cools, she feels she can fix him or help him be better. In episode 35, when Inci told Han that she fell in love with him so entirely that she couldn’t leave him, even though he has repeatedly lied to her, it seemed that these two really would work out, and that maybe the next season would focus on their child and growing family.

But, after watching the final scene in Episode 36, that scenario seems highly unlikely. As we predicted a few episodes ago, it was not Naci, but Han, who revealed to Inci that he had imprisoned Naci in the boiler room to convince him to get treatment. The shock, awe and stunning brutality of Han imprisoning the ill Naci was disgusting to Inci. And, perhaps most revealing was Inci’s final statement, before she threw his ring from her finger, when she grimly realized that Han is neither bad nor crazy, but that she doesn’t know what or who he is. In Han’s defense, he may have done some good: if Han had not intervened in Naci’s healthcare, maybe they would never have found a feasible treatment for him? It is difficult to completly condemn him, but at the same time, he cannot be entirely exonerated. The reason this situation paints him so differently in Inci’s eyes is that Han’s decision to imprison Naci had nothing to do with Inci or Inci’s past or Han’s jealousy. It speaks to Han’s character on a different level and it completely shatters the idea of him that Inci fell in love with. It forces her to see him, as he really exists, in a limbo of grey. 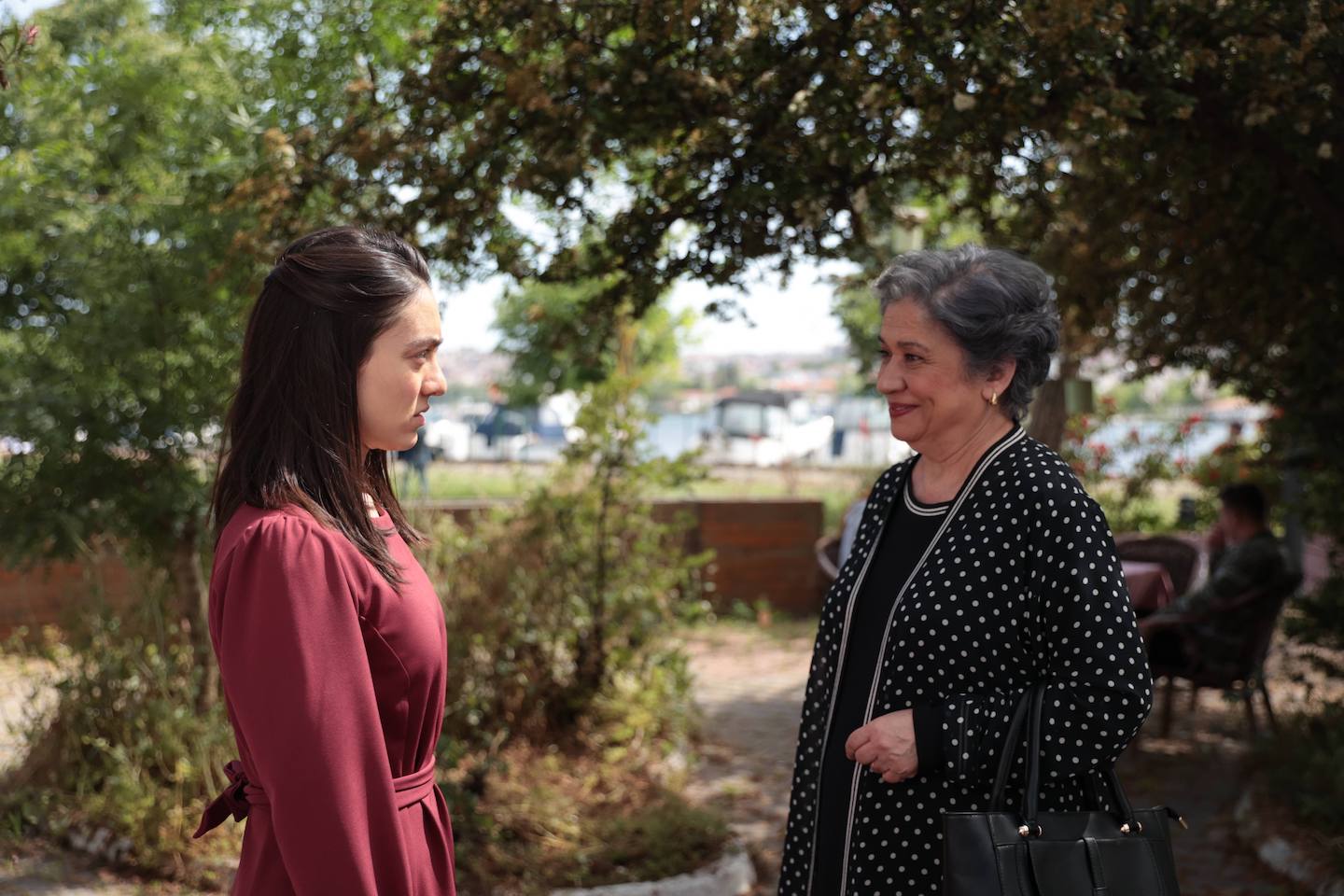 When I saw the promo for Episode 36, I was scared that Sennur Hanim would arrive, and as often happens in dizis, when parents arrive on set, would separate these two at the very start of their courtship. And, though this is exactly what happened by the end of Episode 36, I couldn’t fault Esat’s mom for her words to Gulben. The most endearing part about this exchange was that Sennur Hanim treated Gulben’s condition with the same tenderness and respect that is given to individuals suffering from cancer or other similar physical ailments. She didn’t once suggest that Gulben was crazy or insane, but rightly treated her condition as a health issue. And, she honestly said that if she hadn’t seen the difficulties that her neighbor, who suffered from germophobia, had, then she may not have realized the high cost of this disease and the toll it can take on a family. Despite this, knowing that her son was absolutely smitten, she did say, with as much mother’s love as is possible for having just met Gulben, that if she did decide to seek treatment, she could have a future with Esat. Now, there are multiple ways to interpret this statement, but I choose to view it in the best way possible that she was genuinely trying to protect her son from pain and hardship. And, maybe her statement will inspire Gulben to seek help, serving as her catalyst for change. This storyline really tugged at the heart strings, and though Gulben had tears in her eyes this episode, she is so much more resilient than she seems; the way she fought for Anil showcased her inner armor. Though fighting internal demons is much harder than extinguishing external flames, she has enough resolve to win this battle for her health, with or without Esat at her side. 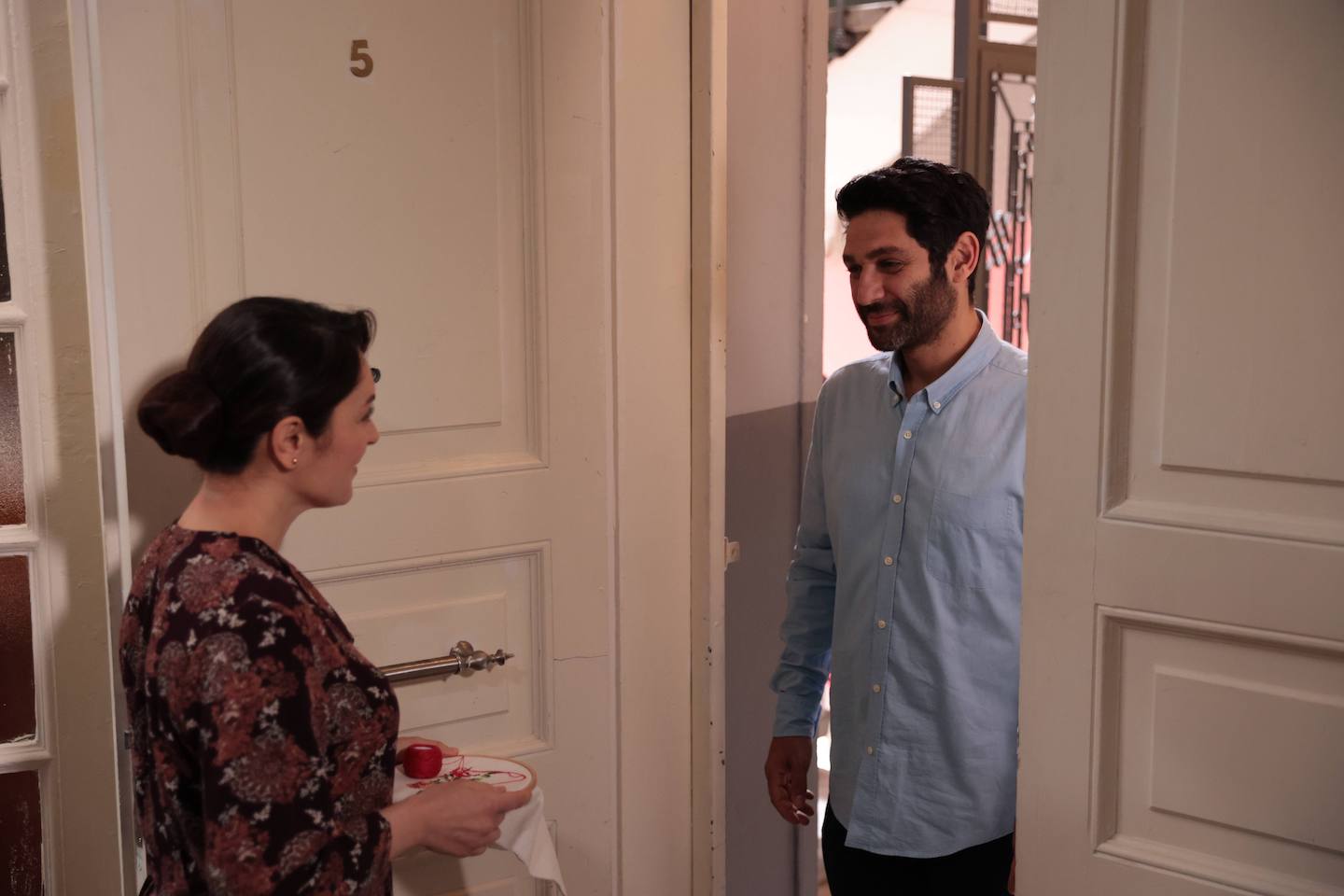 In his opinion, hoping for a cure, for a better treatment and for a respite from death was foolhardy. It was a disease in itself. Having watched his father suffer from this disease, while his mother was committed to curing him, Naci was terrified of undergoing the same fate. His stance was not cowardly or selfish; rather, it speaks to his lived experiences with this disease and the painful memories that he could never quite recover from. But, Safiye, using Tomi, with help from an injured bird, reminded him with poetic elegance, that hope doesn’t always have to be toxic. It can be the shining ray of light in darkness. With grace and gentleness, she showed him the beautiful power of love and prayer, inspiring him to try to get better.

This pairing was a little too much, too fast. Esra didn’t seem to care for the way Baris was speaking to Inci during the radio show, and didn’t seem genuinely interested in him. But, soon therafter, he was mesmerized by her beauty, and she loved his attentions. Now, there may be more to this pairing, but it seems very surface level. I’d rather have Esra fall for someone she doesn’t work for, perhaps someone who she initially didn’t consider, but later found rather beautiful. She seems to like men who abhor commitment. Instead, it might be fun to watch her engage with someone entirely different, where she doesn’t have to work so hard to keep his attention.

Although the season will conclude in the next episode, the penultimate episode (Bolum 36) was absolutely riveting. The dialogues, the delivery and the cinematography were wonderful. I can’t wait to see the finale.