Cemre, along with her little daughter, tries to escape the violent nightmare of a marriage she has fallen into after fondly getting married... Rüya who has never faced the bitter side of truth in her beautiful, privileged life... Çiçek, who is on the verge of losing her identity and her beauty that is identical to her existence, while trying to start a clean slate to a happy life. These three women whose characters and stories are very different from one another cross paths during a fire in a cistern. Nothing will ever be the same once the flames calm down. Their paths end up in the real world with their struggles starting all over where they find real love as well as all aspects of life; both good and bad. The destructing and evilly cold demeanor of Çelebi, a wealthy, charismatic and privileged man, who seems to be an exemplary human being, can be felt in the back of their necks...

There is currently no cast for this show.

No couples have been added for this show just yet. Check back soon.

The Ay Yapim is shaping up to be the most ambitious Turkish remake in years!
END_OF_DOCUMENT_TOKEN_TO_BE_REPLACED 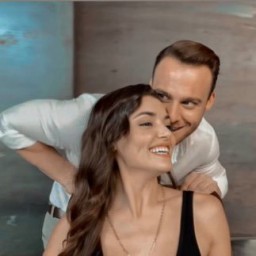