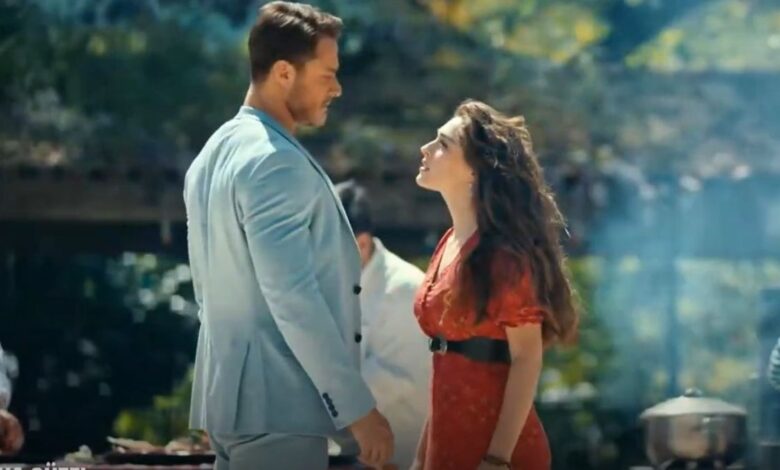 With good reason, love's messengers, Eros and Kama, are armed with bows and long-distance arrows. No being, god or mortal, can choose love. Love comes despite ourselves; and then, if we have not already done so, we have the task of becoming our selves so we may welcome love.Diane Wolkstein

Welcome back to summer shows!

It’s summer dizi season again and after some long months with only dramas to watch we have a whole new crop of summer shows to enjoy and analyze. The foremost of which is Senden Daha Güzel, the new rom-com from the pen of writer Ayşe Uner Kutlu. If you have read any of my reviews for Sen Çal Kapimi, you will know that I am a big fan of Ayşe’s writing and I am very excited to see what she brings us with this new series.

This is the third dizi she has written and although there are familiar elements in this show, the most obvious being the kiss in the first episode and the inclusion of so many of the actors that were in her first series Erkenci Kuş, it is also a departure from her usual use of magical realism. Senden Daha Güzel is firmly planted in the real world and the characters are more mature, especially the female lead. 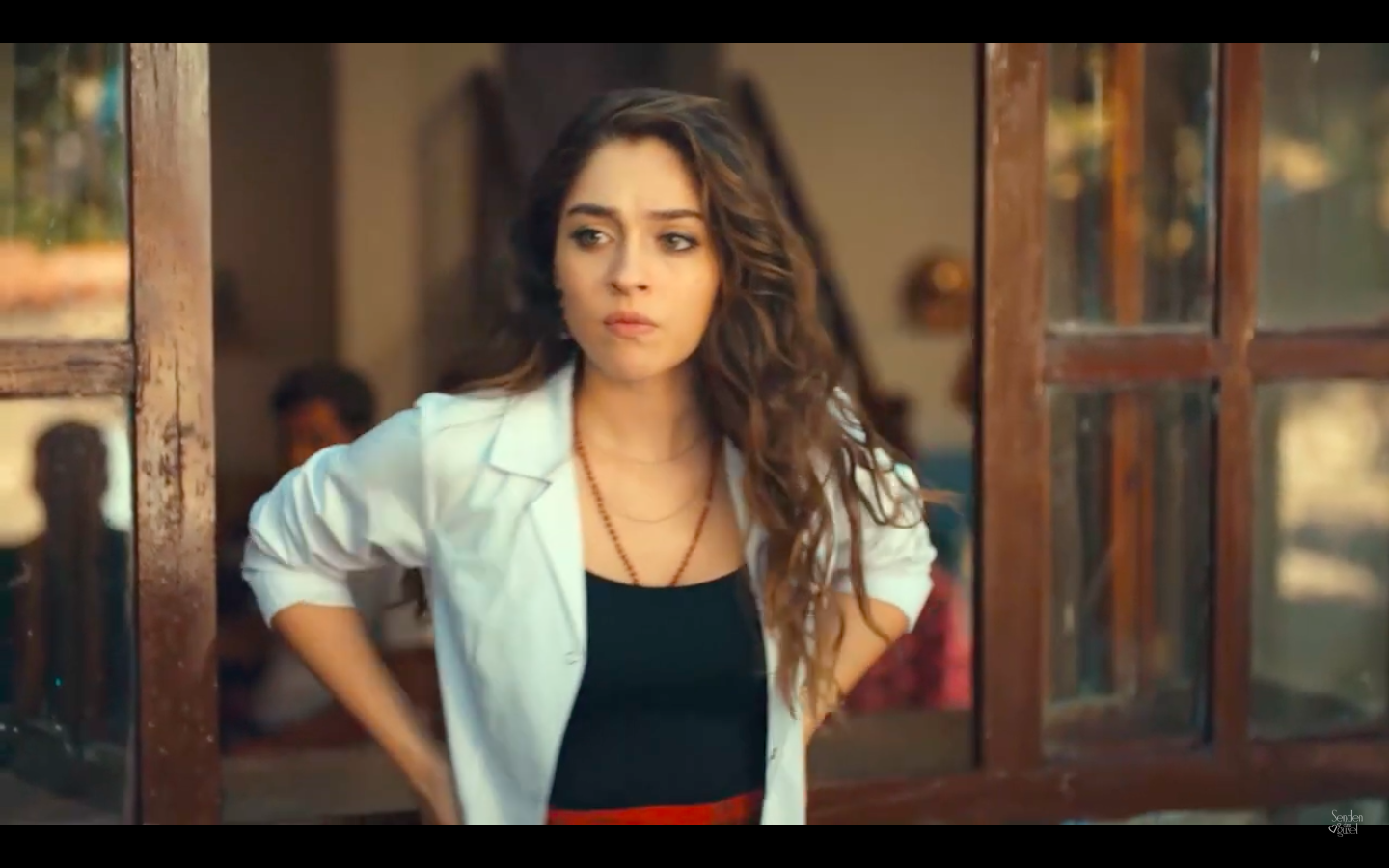 Efsun, played by the talented Cemre Baysel, is a dermatologist running her own clinic in a district in Gaziantep. She is smart and stubborn and is happy providing care to the population of the district and living on a farm with her father. 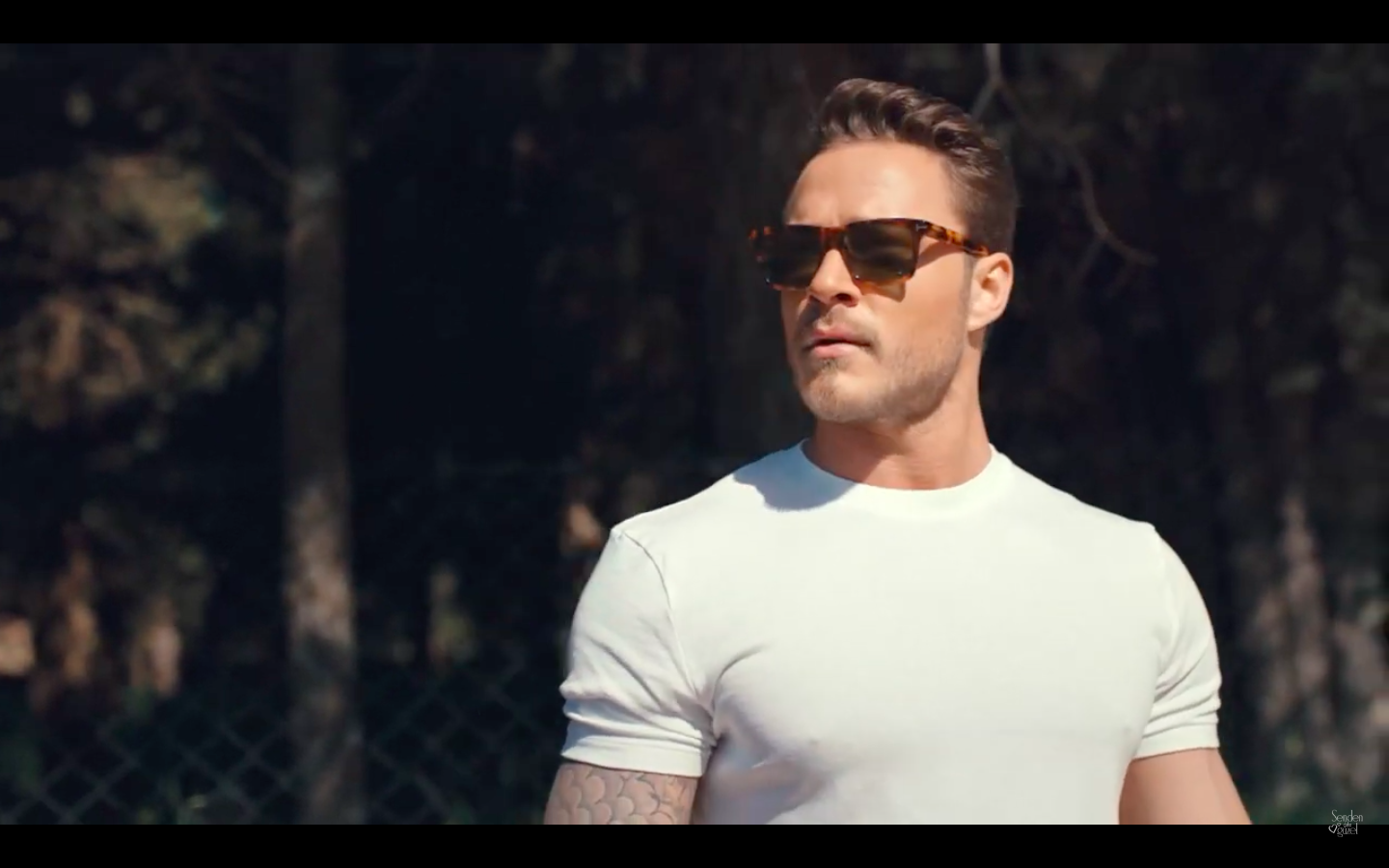 Emir (Burak Çelik) comes to fetch Efsun and take her to Istanbul to see her estranged mother. Emir pretends to be her mother’s driver but is in fact a doctor working in the plastic surgery clinic that her mother and his father own.

After a lot of back and forth, Efsun agrees to stay and manage the clinic while her mother recovers from surgery, in exchange her mother, Perrin, will give her ownership of the farm where Efsun and her father live. Emir isn’t very happy as he wants to run the clinic by himself and tries his best to get Efsun to leave.

I am a big fan of Cemre Baysel, she has more than proven her romantic comedy chops in last year’s Baht Oyunu but also held her own in the talent-heavy ensemble cast of drama series Ramo a few years ago. She is still very young but is proving to be one of the most talented of the new dizi actors. This first episode belonged to her and she more than rose to the challenge of playing a more mature rom-com heroine. Efsun is funny and smart and doesn’t take any crap from anyone. She is more than a match for Emir, who tries in various subtle and unsubtle ways to get her to go back to Gaziantep. I appreciate that they are on equal footing, there’s no power dynamic to contend with in their relationship. 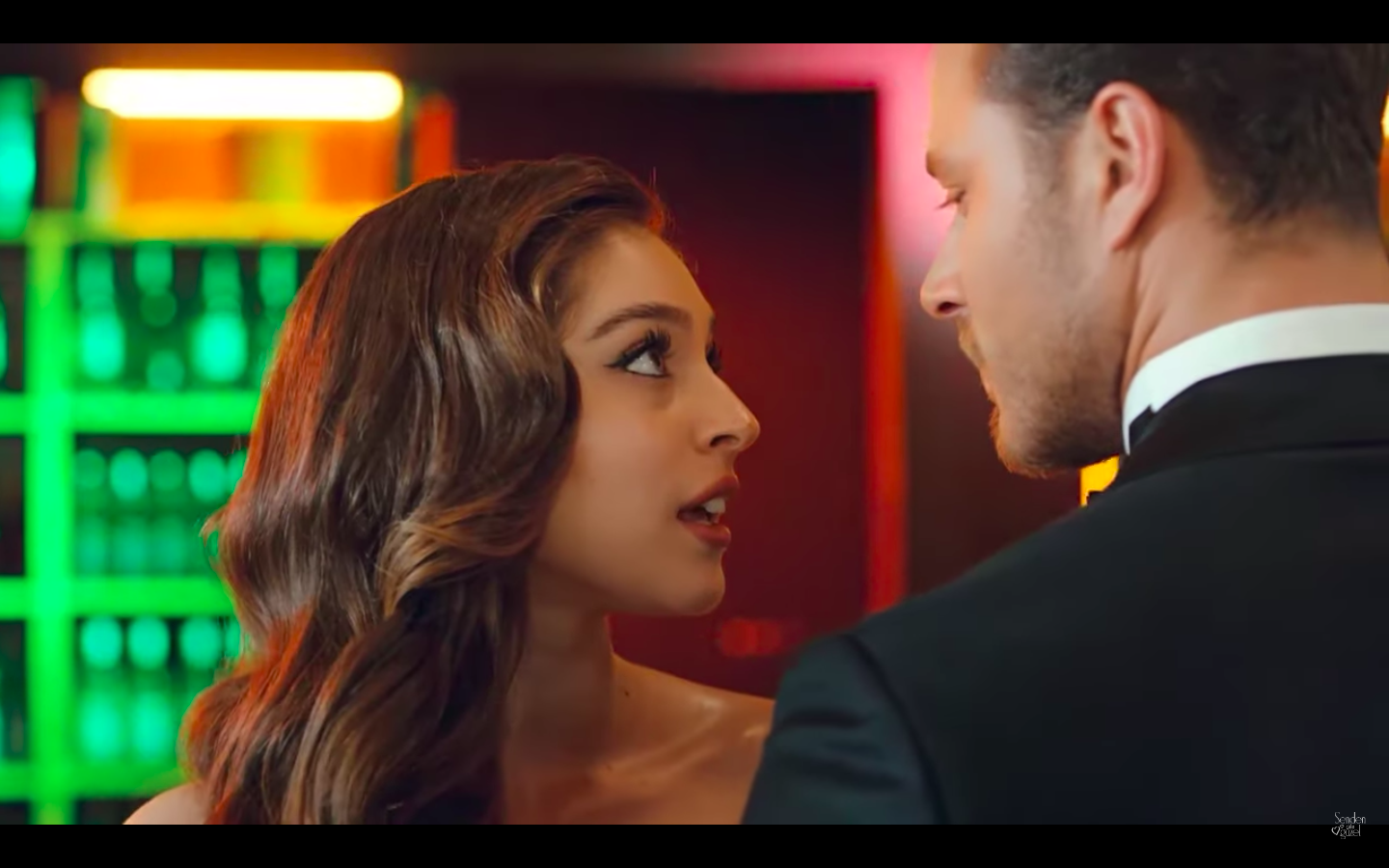 There’s great chemistry between Cemre and Burak and their bickering and fighting is very funny. Especially with them forced to share a house, I’m hoping for a lot of the bedroom comedy farce energy like in the old movies. The setup reminds me a lot of the Doris Day/Rock Hudson movies of the ’50s and ’60s.

I am very interested in the setting for the series being a plastic surgery clinic/hospital. Turkey is one of the world's leaders in plastic surgery and dermatology. The exploration of what beauty is and the ethics of trying to achieve the unattainable ‘flawless’ look is going to be a great backdrop to the story. Already we have seen Efsun and Emir butting heads about the ethics of providing invasive and expensive surgery to people who either don’t need it or it’s not possible to achieve what they are seeking. These more mature themes are greatly appreciated. Also, the lack of an immediate lie or misunderstanding to be an impediment to the main couple is also very refreshing.

It is certainly nice to be out of a business setting where so many romcoms take place.

I’m enjoying Merve Sen, as the ubiquitous dizi best friend, Binnur. She’s funny and loud and loves to eat, a woman after my own heart. 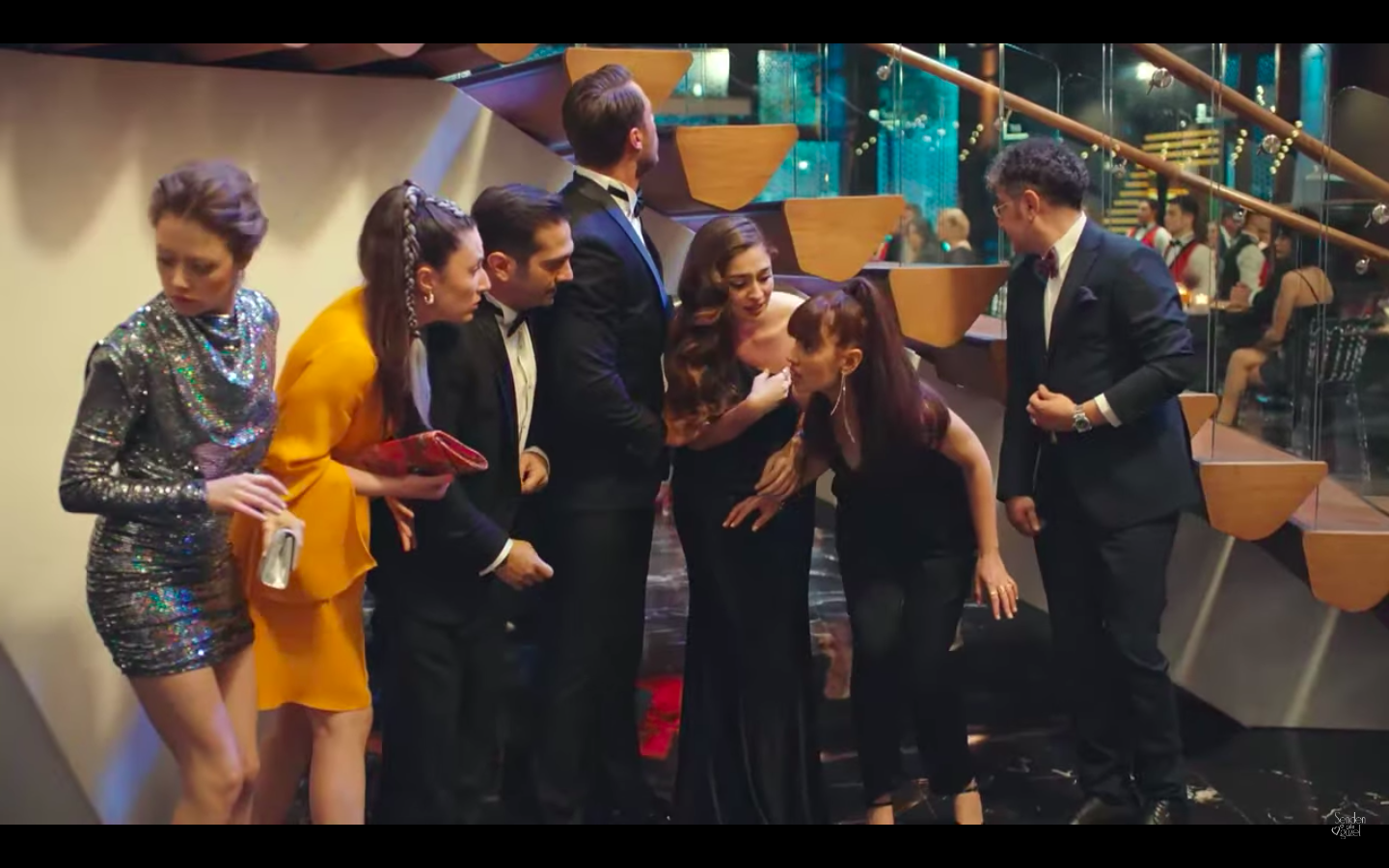 I am thrilled to see some of our favourite actors from Erkenci Kuş playing completely different characters than what we saw in EK. Standouts are Cihan Ercan as Yasar, a depressed life coach, and Tugçe Kumral as somewhat misanthropic dietician Sirin. A good summer dizi needs a strong supporting cast and this looks to be a great one.

I can say how much I like that they had Cemre dressed in pants and flat shoes to come to work. So many diziler have the female cast dressed like they are heading out to a club. I hope this trend continues

Hmm, I'd say in this first episode, I wasn't enamored with the character Emir. Full disclosure, the arrogant playboy is one of my least favorite tropes. It isn’t the actor’s fault, I think he is playing the part that’s written, but it’s just not one that I enjoy.

Episode one was almost entirely focused on Efsun, and I am not complaining about that at all, however, it means that the character Emir is not yet fleshed out, and what has been isn’t very flattering. He lies to Efsun without any remorse, he rates women on a ten scale, and he actively and shamelessly sabotages her at work. There is literary precedent for this kind of roguish character I know, but I find it challenging to root for a character who is so casually cruel and self-involved. We have yet to see his soft underbelly, I do not doubt that this is coming, Ayşe doesn’t write one-dimensional characters, it’s just that we haven’t witnessed it. So, for the first episode at least, he is on my dislike list.

Overall, I liked the first episode. It was not a bolt of lightning like some of the other summer dizi intros have been, but it was a good, solid premiere episode. I gather we are getting a new director going forward and I am not unhappy with this idea. 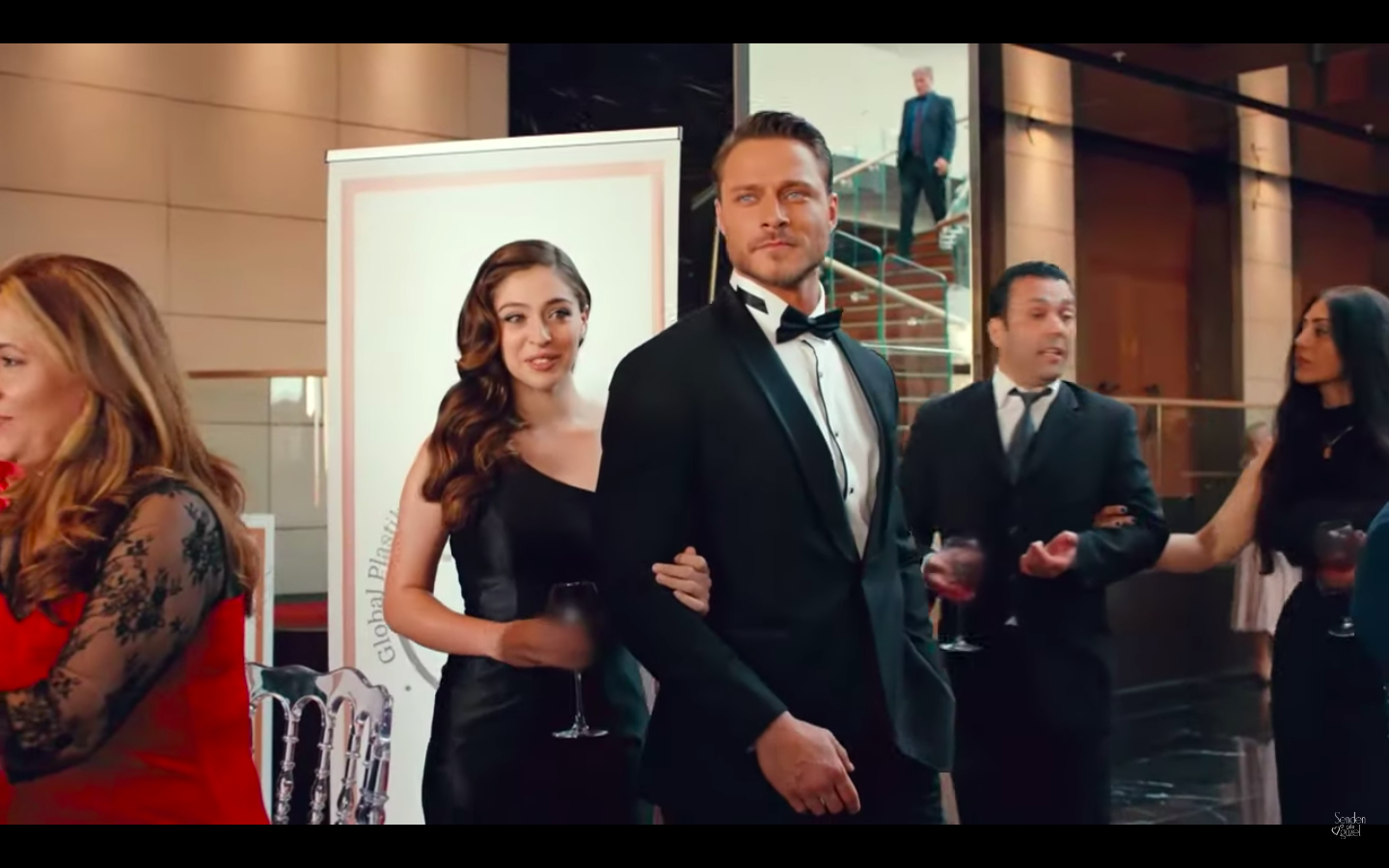 What did you all think of Senden Daha Güzel? 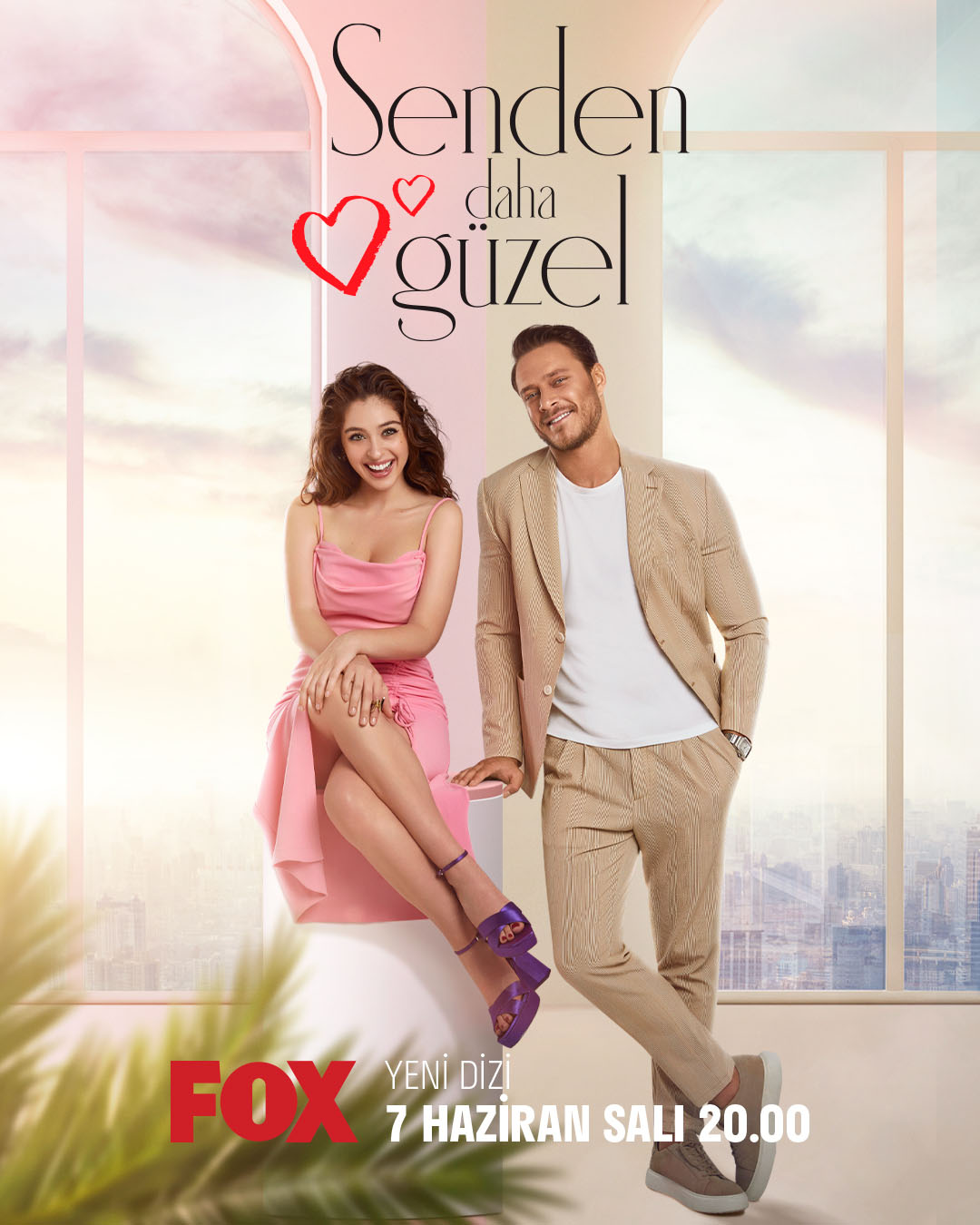 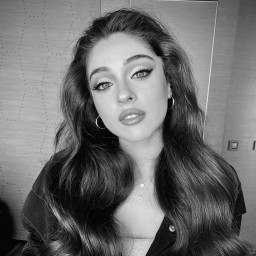