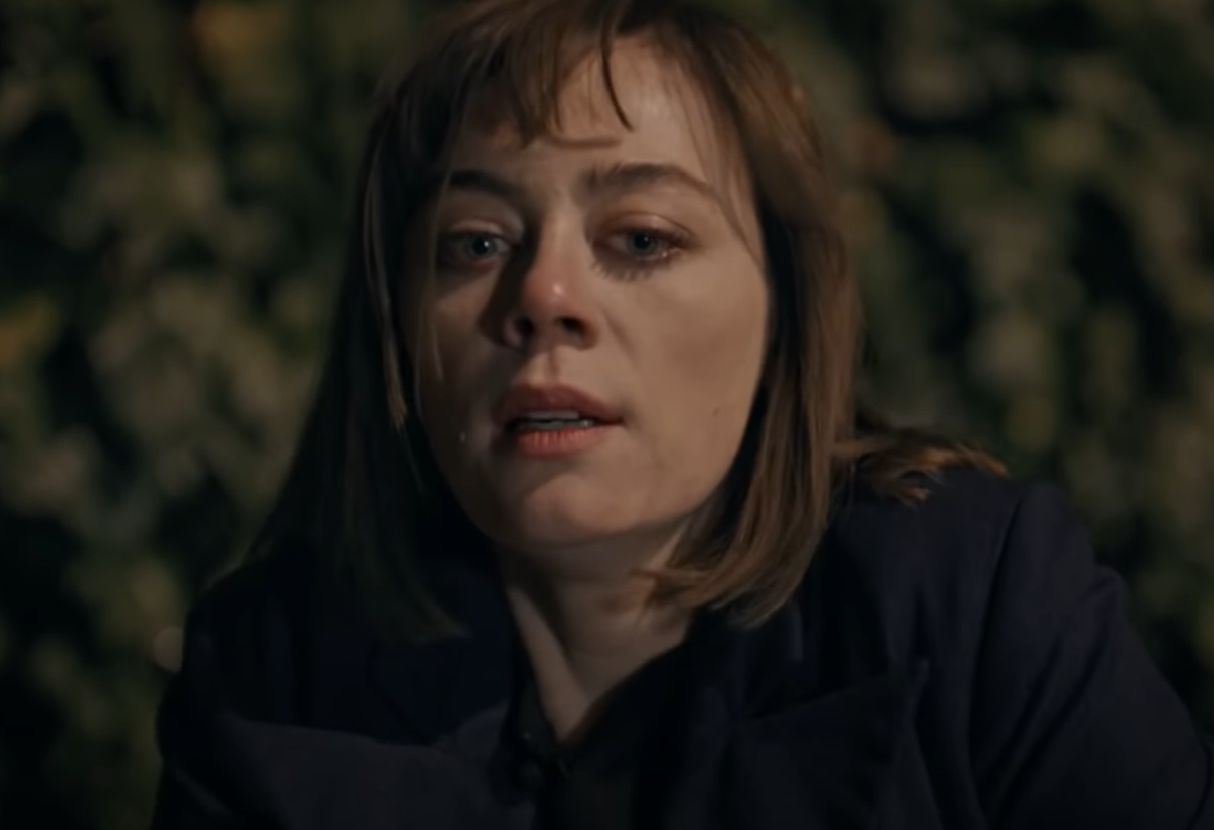 Since Jemre was awarded temporary custody of Gunesh, Çelebi puts into play a plan to hurt Jemre and anyone who helps her or gets in his way.  However, he must also deal with Iskender, who has removed him as head of their company.

After Jemre shares the good news with her family and friends, Tomris organizes a dinner so they can all celebrate together.  Before they leave, Ruya asks Çiçek about Iskender after Ömer sees them together.  Çiçek uses Atlas as the excuse for her spending time with Iskender explaining that she’s only talking to him because Tomris doesn’t allow him to go to their house and Atlas is upset about it.  Ruya warns her to stay away from him for fear that he will hurt her.

Once Tomris and Çiçek leave, Tomris notices she’s behaving extremely anxious, so she forces her to tell her what’s going on.  Çiçek finally reveals her secret and informs Tomris she was responsible for Kenan’s death by trusting Iskender when he asked her to help him.  She proceeds to tell her how Iskender promised he was trying to save Kenan from Çelebi.  She also reveals her plan to destroy him by getting him to trust her and when he least expects it, she plans on stabbing him in the back just like he did to her.  Tomris warns her that the outcome isn’t always as planned because the game she’s playing is very dangerous.

Later that evening, while they’re all enjoying their dinner, Çelebi orders his men to burn the café where Jemre works.  Ms. Ayça (the new name Tomris gave her) receives a call about the fire but when they arrive at the café, they find it completely destroyed.  The following day, Jemre receives a call from Çelebi warning her that everyone around her will continue to encounter problems as long as they continue to help her.  Ms. Ayça decides to not rebuild the café due to the extent of the damage, but Tomris has already purchased a new café for her and Jemre to get them back to work.  At that moment, Çelebi arrives to gloat about Jemre no longer having a job, however, Ms. Ayça informs him that thanks to Tomris, they have a new café.  Çelebi leaves angry and decides to focus on Tomris for helping Jemre and proceeds to call Bulant.

Meanwhile, Çelebi's plan for Ozan involves his uncle, Mr. Hikmet.  Together, they file charges against Ozan claiming he was responsible for the safety of the workers at the construction site where one of the workers suffered an accident.  At the location where Ozan and the workers are having their strike, the police arrive with an order to take Ozan into custody for charges that were filed against him by his uncle.   Ruya reviews the charges and informs Ozan the only way they will release him is for the charges to be dropped by the employee who suffered the accident since they have papers with his signature that state he was responsible for the safety precautions at the site.  Ruya and Ömer speak with the injured employee who agrees to drop the charges so Ozan isn’t blamed, however during court, Ozan is ordered to pay a fine of $120,000 within three days otherwise he’ll be put back into jail.

Çelebi and Bulant arrive at Tomris’ house to inform her the custody papers she blackmailed him to sign can be thrown out of court since they were filed without his lawyer present or knowledge.  Çelebi warns Tomris they can take Atlas at any moment if she continues to help Jemre.  They also provide photos that prove she has been having Bulant followed, which Çelebi warns Tomris is a crime that is ready to use against her if needed.  Tomris tells Çiçek they will have to have to get continue their investigation against Bulant in another more discreet manner so Çelebi doesn’t find out.

After Ozan is released from jail, he has an emotional discussion with Ömer, Ruya, Jemre, and his mother after he informs them, he’s ready to go to prison because he refuses to bow his head to people like Çelebi and his uncle.  Ömer tells Ozan he can get him the money, but Ruya and Ozan don’t let him gamble for fear that he’ll get shot again or that Çelebi will do something to him.  Ms. Seher finally tells Ozan that she made the decision to sell their house so that her only living son doesn’t go to prison where he can be hurt or killed.

Ozan refuses to allow her to sell their home, but Ms. Seher tells him his life is more important to her than the memories.  Ozan leaves, but then Jemre finds him and assures him that his mother is only thinking of him, so he needs to stop worrying about the house.  Jemre calls Tomris and explains the situation with Ozan’s house and asks her if she’s willing to purchase their house and then they would pay her back once they have the money.  Tomris explains that Çelebi threatened to take away Atlas if she continues to help her and since she’s still in the middle of a custody battle with Bulant, she can’t risk it.  Upset, Jemre rushes to see Çelebi to demand that he leave her friends alone including Tomris and Atlas.  Çelebi explains that as long as she’s not with him, their problems with never end.  After Jemre assures Çelebi she will never return to his house, he loses control and attacks her but Iskender hears her screams and rushes to help her.  Jemre escapes his house but not before she blames Çelebi's mother for raising and creating a monster.

Ömer finds Ozan sitting by himself in the park, so he accompanies him as they share a bottle of liquor to drown their sorrows.  They stay there until the following morning when Ömer finally tells Ozan that he sold his store to get him the money he needs to pay the fine.  Ozan refuses, but Ömer tells him he would do the same thing for him, so he ultimately convinces him to accept the money.  However, at the same time, his uncle is visiting Ms. Seher and offering to buy her house so she doesn’t have to go through the pain of potentially losing another child if Ozan ends up going to prison for not paying the fine.  He pressures her until she finally accepts.

Iskender comes through with his promise to Çiçek for helping him.  He tells his lawyer to drop the charges against Ali so he can be released from prison.

Before Ozan is able to tell his mother the great news that he has the money he needs to pay the fees, she tells him that she already sold the house.

Mr. Hikmet meets with Çelebi to inform him that he convinced Ms. Seher to sell him her house and shows him the contract.

Ömer never disappoints with his infinite wisdom.  I loved the scene between him and Ruya when she tells him that she’s scared of losing her loved ones since she doesn’t have any family left, but he tells her a person can’t choose his family, but they can choose who replaces them.  He points out that she has him, Çiçek, Jemre, Ozan, and Gunesh who are all part of her new family.

Çelebi's mother is just as crazy as he is.  After the attack on Jemre, Çelebi's mother’s only concern and advice to him were to not give anyone the opportunity to use something against him before the election, especially Jemre.  She doesn’t care that he was at the point of physically hurting Jemre had it not been for Iskender.  Great parenting – not.

Berkay Ates and Cihangir Ceyhan (Ozan and Ömer) have one of the best onscreen friendships that I love to watch.  They are both amazing actors but when they’re together, their scenes are so authentic, I forget that they’re acting.  They seem so sincere with each other that I hope they’re friends in real life.  This episode showcased their skills especially when they were in the park.  They went from arguing, crying, and then laughing that made me laugh and cry along with them.   Who says real men don’t cry?