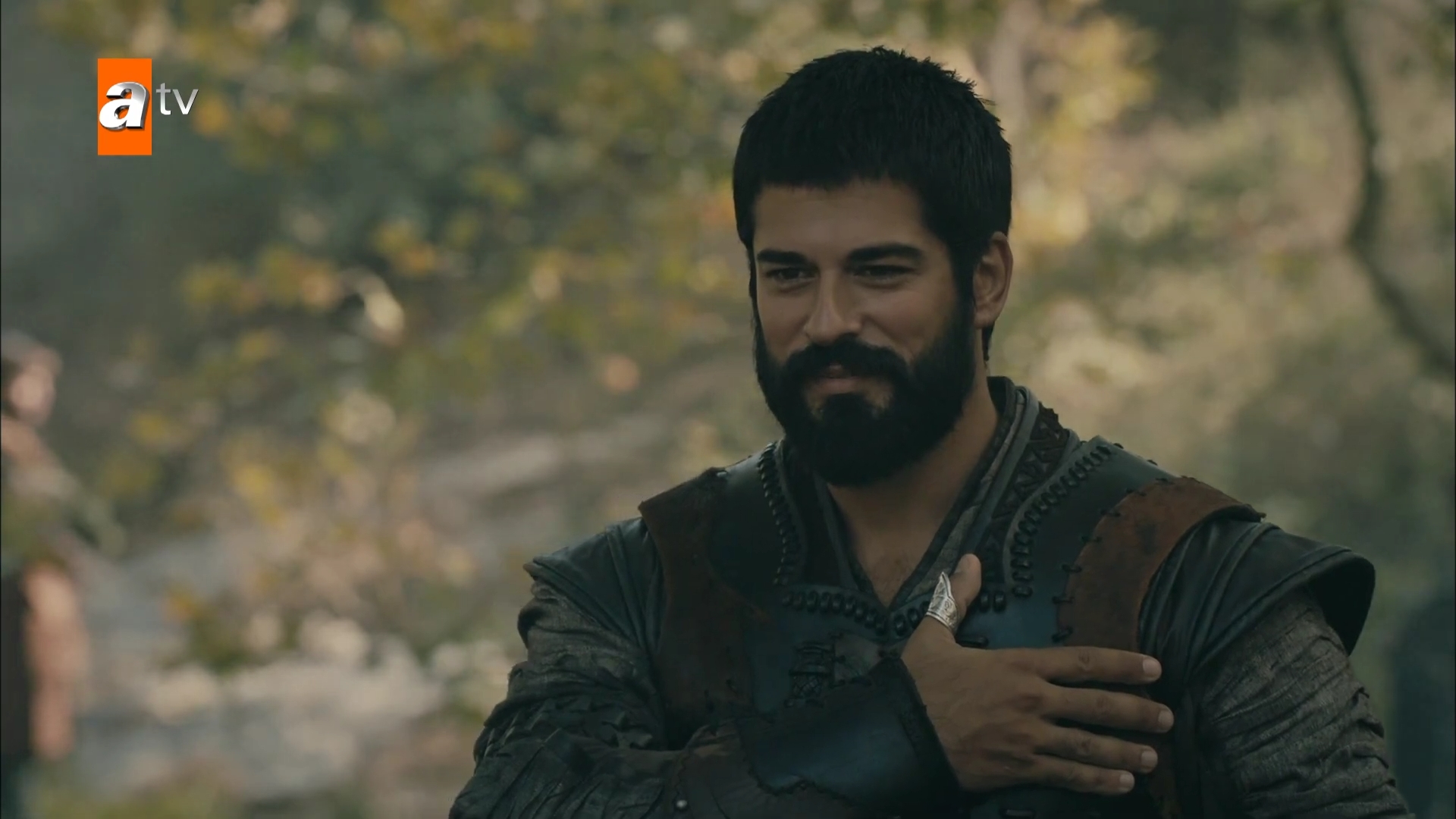 I've come to peacefulness, my aim is to rekindle the fire.

Where we left off:

The first season was called off when Osman Bey conquered the Kuluchaisar, killed Balgay and Princess Sophia. He also decides to leave the judgement of his uncle; Dündar bey in the hands of his father, once returned.

May my life, blood be sacrificed for this nation.

The episode begins with laying the foundation of a dream. A dream, to build such a nation for the people, where wolves and lambs can live peacefully together. A character, with similarities to Sheikh Edabali, speaks to Osman Bey regarding the dream to build their own nation/state. Osman bey takes an oath about how he will sacrifice all he has for the new nation and how even his breath is for the people of this nation. 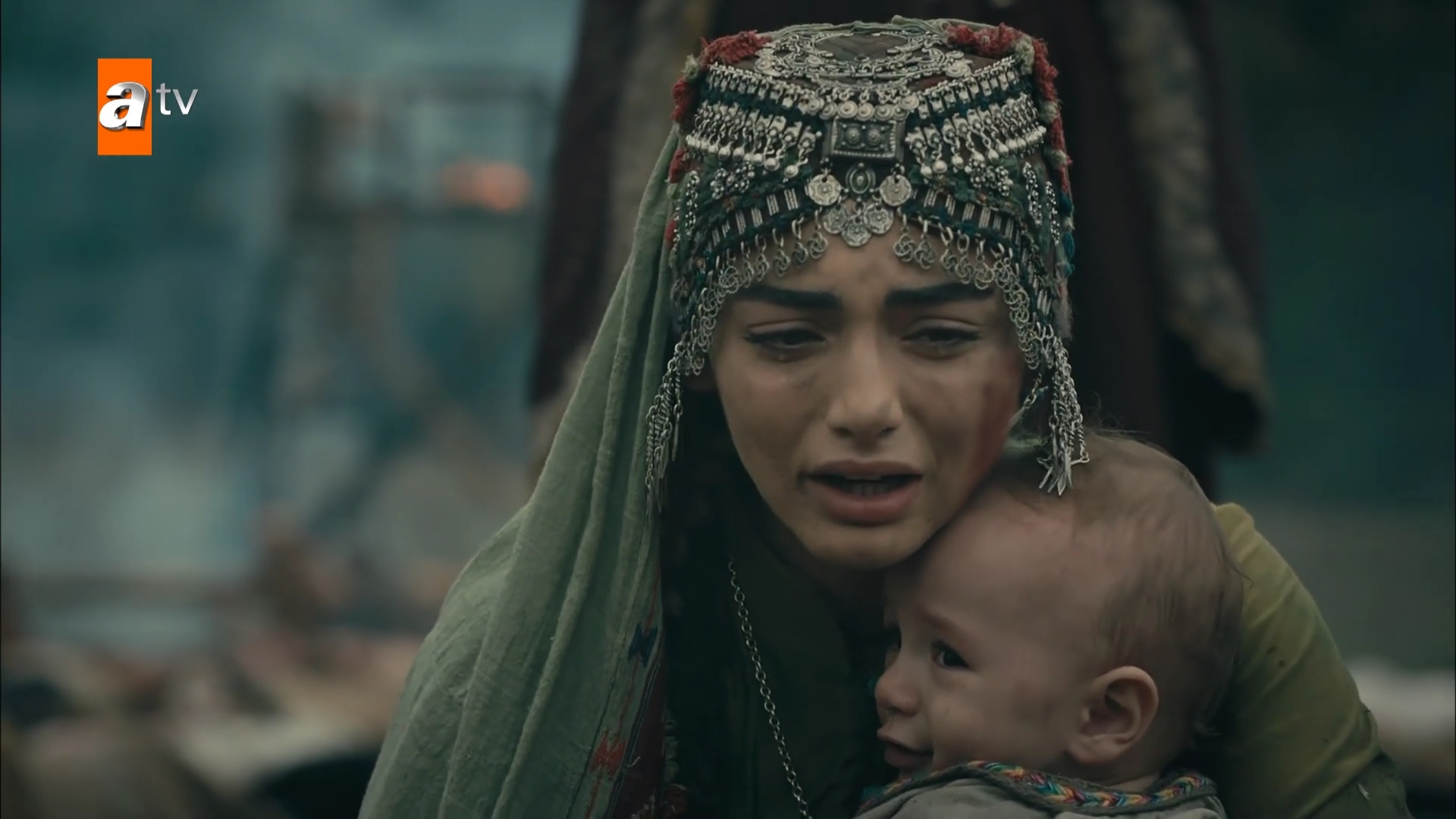 Later we see a battle between the Kayis and the Byzantine Tekfur (Governer) Alexis of Inegöl. Through a time-lapse, it's further known that the Byzantine Tekfur; Alexis had attacked the Kayı tents which were amid the preparations of migration, in the name of revenge for Kuluchaisar. Unfortunately, none of the beys were present at that moment causing a great loss of lives. It can be figured out through the attack that Tekfur Alexis is a tyrant who does not even spare women and children. Alexis takes some of Osman bey's Alps hostage including one of Osman's closest alp, Demir usta and the usta's child. When the news reaches Soğut, Dündar bey and Gündüz bey are amid a conversation with Cerkutay who is offering to fight beside the Kayıs against the Byzantine. Later Osman bey returns to the tribe and he is met with great destruction and an injured Bala Hatun. He takes an immediate decision to battle against with Alexis in a day's time. The decision turns out to be an incredible one as Alexis himself plans to attack the Kayıs without giving them time to recover from the first one.

The battle takes place. We get to see the generous and strong side of Osman bey. He saves his alps those held hostage by Alexis and uses his tactics against the huge army of Alexis which results in, Alexis; to retreat. The battle is a logic/quality vs power/quantity. 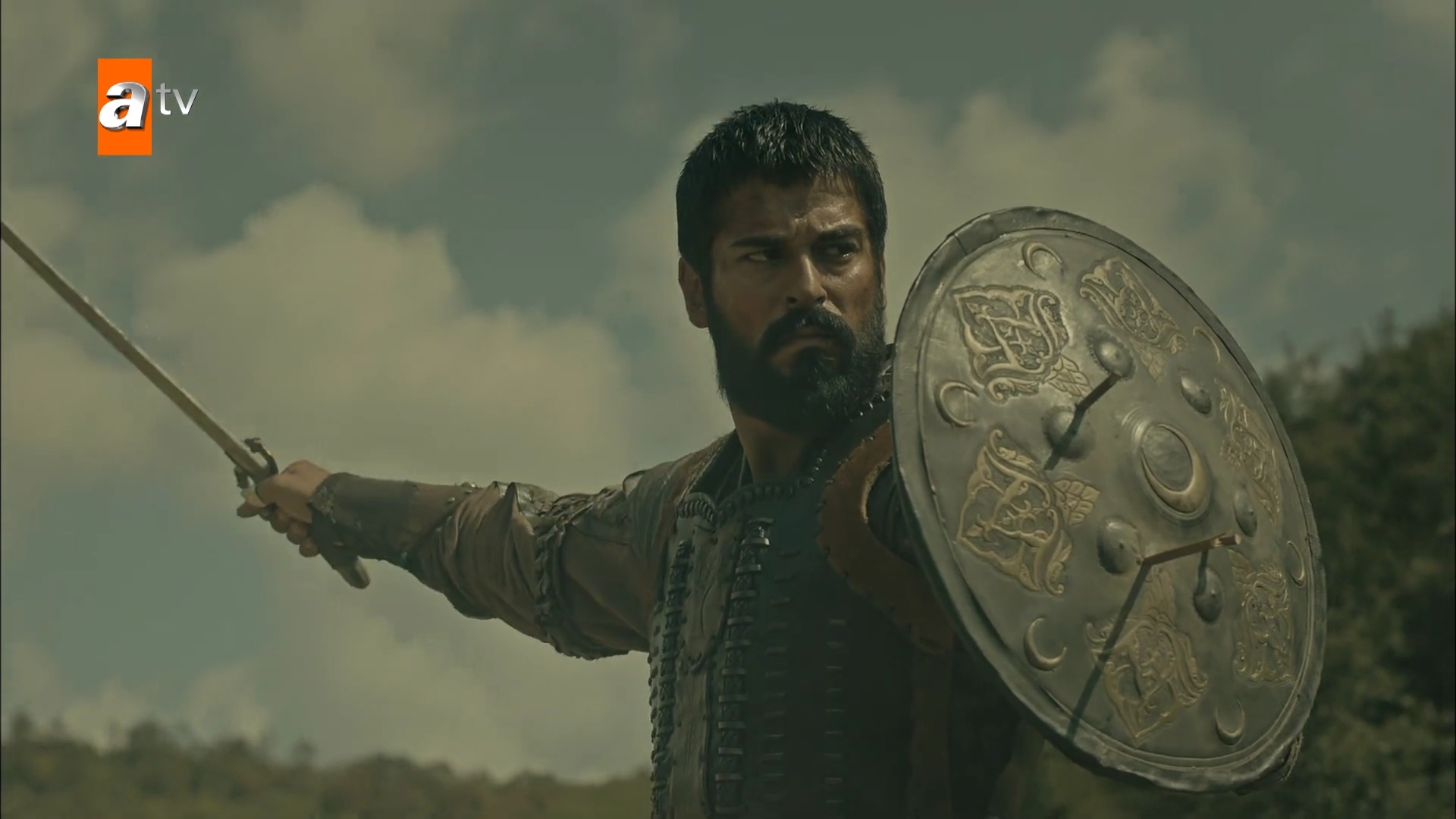 Next, we move on to Constantinopolis where the Emperor is dismayed with Alexis' defeat. The Emperor's council fears that the Türks' next aim shall be Constantinopolis. The Emperor assigns Aya Nikola as the commander who will put a halt to the Türks. Nikola proffers to repossess not only Kuluchaisar, which was conquered by Osman but also Karachaisar and other castles conquered by Ertuğrul bey. But Nikola has two conditions. One: All the Tekfurs and their men will be under Nikola's command. Second: The Emperor's enemy; Flatyus will tussle against the Kayıs with Nikola. Soon Nikola and Flatyus take over the Inegöl castle killing Tekfur Alexis and proclaiming Aya Nikola as the new Tekfur. 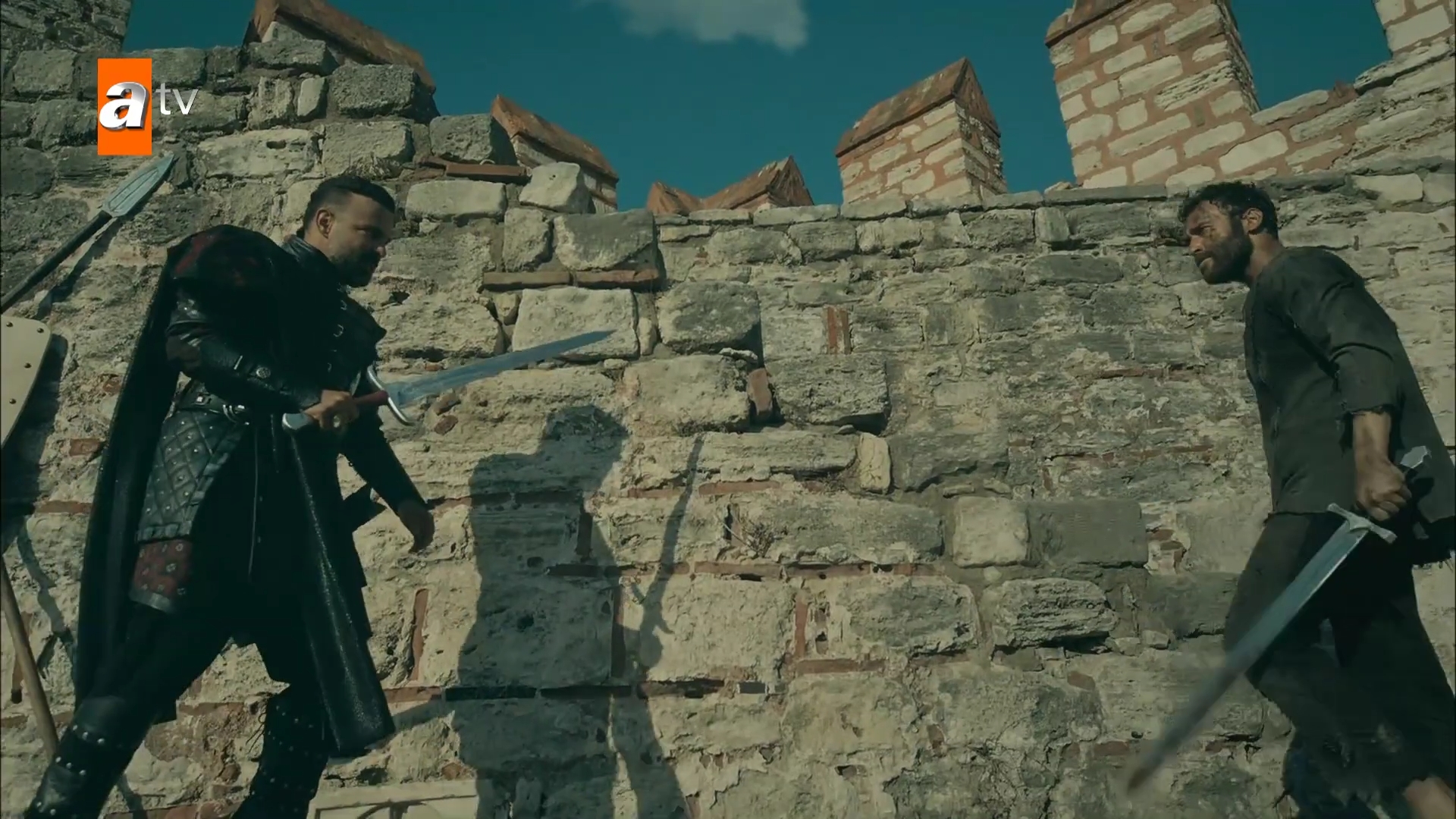 Aya Nikola is a dedicated Gaius Julius Caesar admirer who wishes the prosperity of Rome. While Flatyus has been held hostage by the Emperor and seems to have some unfinished business with the Kayıs. His only intention and aim is revenge from the Kayıs.

After returning victorious from the battle, news is brought to the tribe from Ertuğrul bey through Kuzgun bey, phrasing that Ertuğrul Bey wishes (only) Osman to accompany him in a meet with Yavlak Arsalan in Kastamonu. Osman sets off elated early next morning with Göktuğ.

Later that day, Ertuğrul bey returns to the tribe leaving the entire Kayı tribe ecstatic. Then it is revealed that Ertuğrul bey never did call Osman to any meeting. 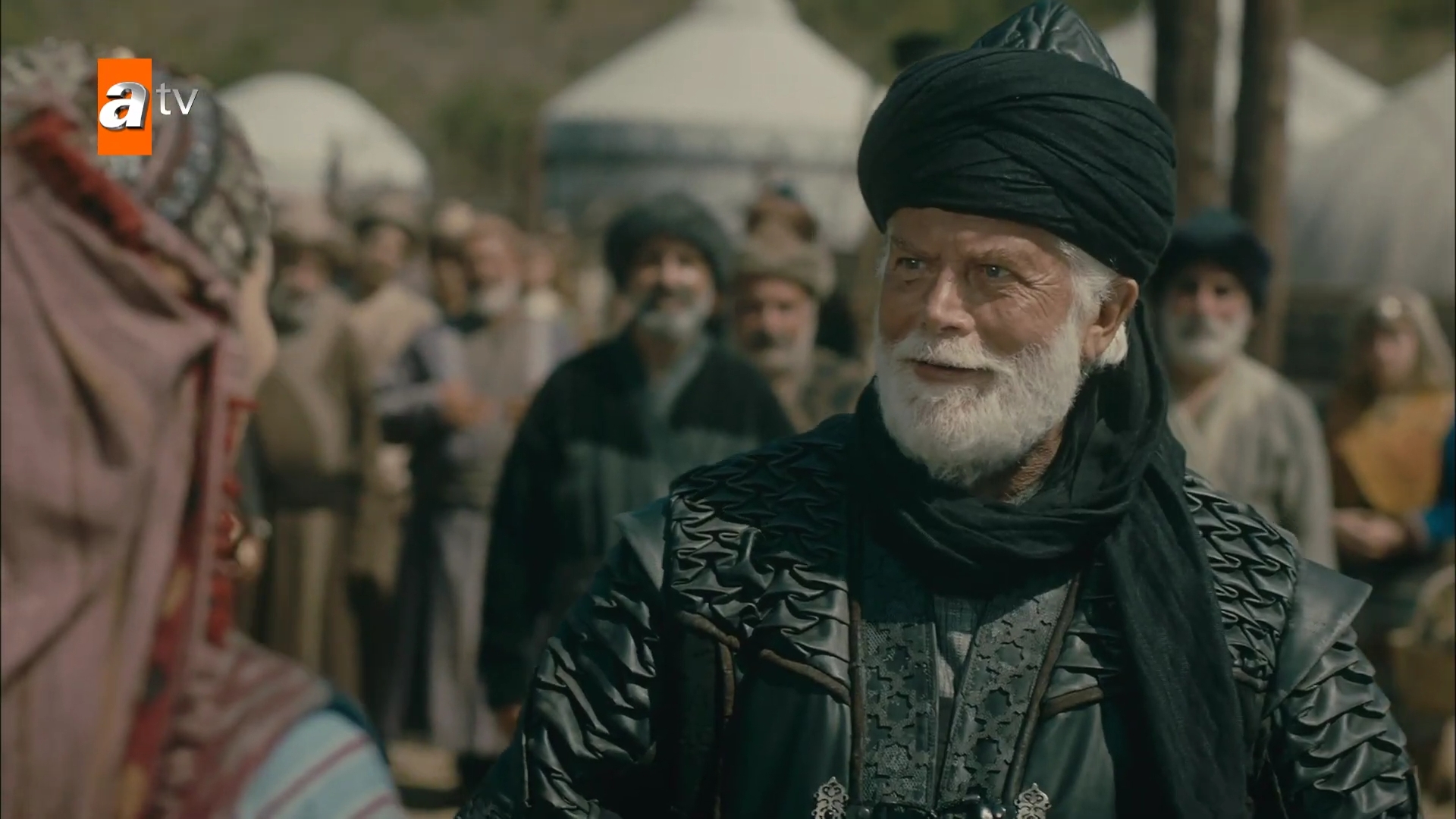 Osman bey's decision-making skills are steadfast and accurate enough to leave the audience in awe.

Not only do we see his sagacity and acuity but also his affectionate and ardent stance.

The way Osman helped Bala in the daily chores took our hearts captive.

The music throughout the episode was mainly from Diriliş: Ertuğrul. Giving the audience a good nostalgic memory of how the foundations were laid.

This thing that you call life, will pass like the wind. 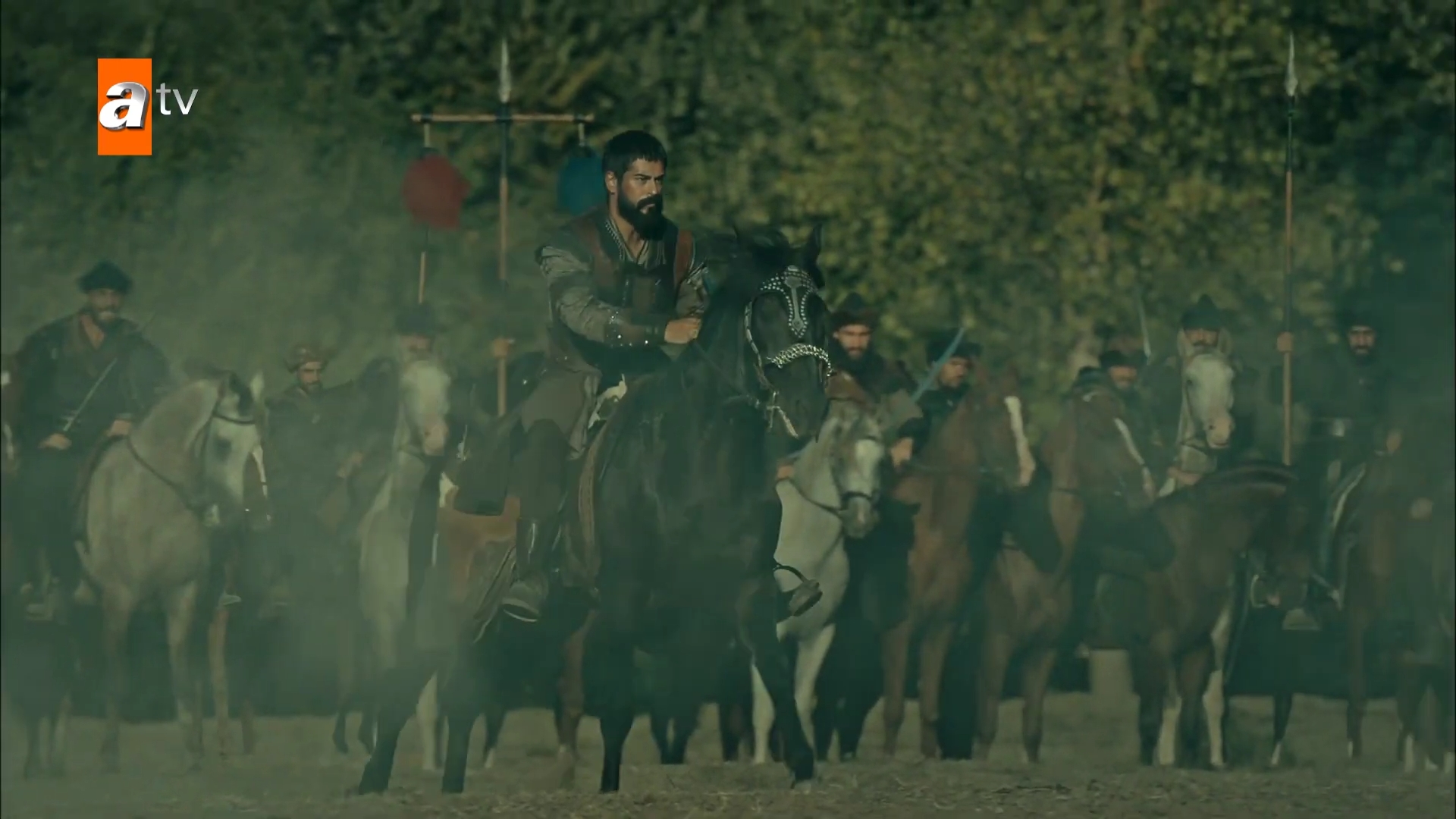 The first episode of the season did start with an explosion. Differing and kindling to other historic shows' season firsts. Providing an utter combination of emotions throughout the episode. Simultaneously, leaving the viewers anticipated for the next bölüm.