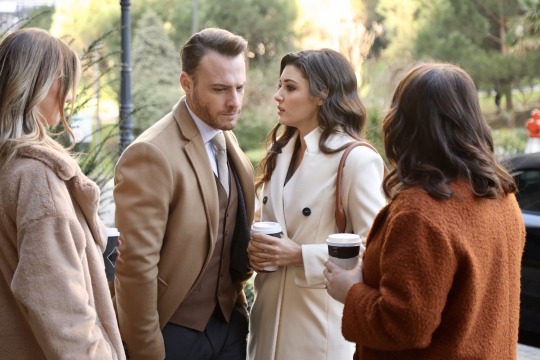 There is a stubbornness about me that never can bear to be frightened at the will of others. My courage always rises at every attempt to intimidate me.Jane Austen, Pride and Prejudice

Episode 26 was a definite improvement on last week’s offering and I am honestly left wondering if some of the scenes and a change in direction of the plot were a direct result of the outrage and gnashing of teeth from the fandom last week. Turkish television is unique in that it doesn’t film weeks in advance so it is possible that the outpouring of negative reviews of episode 25 had an impact on the story in this weeks’ episode. Regardless, I welcome the change in direction. Now, this is just my assumption, maybe the new writers had never planned on drawing out the reconciliation between Eda and Serkan. Perhaps they brought in Balca, and the Prince and Babanne as red herrings but that seems unlikely, so my assumption is that all these characters were meant to be wedges between Eda and Serkan to keep them apart for several more weeks but after last week’s response the powers that be decided not to go that way. Or maybe they will in later episodes but for now, it seemed that all their machinations have come to naught and Serkan and Eda are going to be together.

I am trying my best to give the new writers the benefit of the doubt and I recognize that it must be a huge challenge to try and carry on with someone else’s story, especially one that has been so popular. I feel like they are throwing a few things, plot directions, out there and seeing what resonates with the audience. It’s not a bad approach I guess, but it does mean that the story isn’t as cohesive as it would be if they picked a direction and stuck with it for better or worse. For the audience it means that we got what we screamed the loudest for, Eda and Serkan reconciled.

We, unaccustomed to courage exiles from delight live coiled in shells of loneliness until love leaves its high holy temple and comes into our sight to liberate us into life. *

The new writers have also focused more on the ‘comedy’ aspect of the rom-com rather than the romance we have come to expect from Sen Çal Kapimi. Some of this comedy works in the context of the story and some are so far out there to take us out of the story altogether. Again, I think the writers are finding their feet with the show and trying a few different avenues of the comedic storyline. For me, some of this comedy is working and is funny and some just aren’t. More on this later.

Not surprisingly, Serkan and Eda reconciling is top of the list and not only getting back together  but Eda also proposing, complete with their rings. I’m really thrilled it was her that took this step, he has been fighting for her for such a long time now and deserves to get the show of love back from her. It’s been a tough few months for Serkan. He has put forth so much effort to be a better person and show her how strongly he feels for her, how much he wants to build a life with her, and he’s been rebuffed so often that I’m glad they had her take the big step back to him. I loved the look on his face when she asked, he’s surprised but thrilled and I hope that we are now seeing the last of them separated.

Love arrives and in its train come ecstasies old memories of pleasure ancient histories of pain. Yet if we are bold, love strikes away the chains of fear from our souls. *

However, I do wish for some conversations between them. Sexy times are fun and much appreciated by the writers but some heart felt discussions are necessary to resolve once and for all the hurt between them. Hopefully, that will be coming in the weeks ahead.

Serkan knows there is something going on with Eda and her grandmother, but when she asks him for time and to trust her, he says he does and with relatively no complaint he’s letting her handle things without interfering. Given what a control freak he is, this is a big step. I have been surprised at how passive Serkan is with the Eda situation but he’s taking care of Babanne on the business front so maybe he’s just decided to let Eda handle the rest. I think it also might be that the writers are hedging their bets on the direction they are going to take Babanne so they are having Serkan be more reserved.

It was interesting that, while Serkan certainly was brooding this episode, he wasn’t as devastated as I thought he might be at the breakup with Eda. He seems to realize that there are forces working outside of the two of them to keep them apart. He’s pretty sure it’s Babanne but Eda won’t confide in him. However, this coupled with neither of them even entertaining the possibility that Balca or the Prince is a rival for their affections makes me appreciate how far they have come to respect and love each other. They know in their hearts that they are the only one for them and they wouldn’t cheat so even if they get jealous they know that nothing would come of it. Babanne insinuates to Eda that Serkan might make a mistake but Eda knows him so much better and even seeing Balca in his shirt at his apartment doesn’t shake her faith in him. So while they do feel jealous they are not insecure.

I think what convinced Serkan more than anything that Eda still loved him and there was something else going on was how much she chased after him. She climbs to the top of a skyscraper to talk to him. Did you notice by the end of that scene he was grinning at her? The whole ‘arkadas’ (friends) thing gave me terrible flashbacks to Erkenci Kus but it was obviously short-lived and I did love that Eda was mad that he even suggested it. That’s not to say that I don’t appreciate that the writers didn’t have Serkan be mean or spiteful to Eda.

I will say for the umpteenth week straight how much I love the Ferit character. In a lot of ways, he is just as good a friend to Serkan as Engin is. He stands up to him when necessary and doesn’t let him just get away with being dictatorial this week, but also listens and understands when Serkan explains things to him. It’s a refreshing change to have two characters, especially two male characters, who once were at odds learn to appreciate each other. It’s been really great to see their friendship develop. No more progress in the Ferit/Ceren romance though and I would much rather have seen that than the Ayfer/Aydan nonsense.

The comedic scenes of the ‘crush’ triangle of Melo, Leyla and Tahir were cute and funny. Leyla has begged Melo for some strategies on getting Tahir’s attention and in return Melo wants Leyla to help her get Erdem fired. She finds him as annoying as I do. Leyla reluctantly agrees and the two women try and set up a ‘meet-cute’ of sorts. The actress, Ilkyaz Arslan, who plays Leyla is a gem and in my opinion, is sadly underused in the show. Her fake sexy walk in the foyer of Art Life was fantastic. Tahir meanwhile has asked Erdem of all people for hints on flirting with Melo,  he basically just copies what Melo set up for Leyla but pushes Tahir so hard that instead of just bumping into her he practically knocks her down. I don’t know if this is going anywhere but it’s cute as comedic filler.

Is Piril’s dad in the mafia? He seems shady and has the coterie of men in black suits. This could be interesting and explain a lot about her mindset and lack of closeness with her family. I do like the domestic scenes of her and Engin, he really is a doofus but so lovable and she loves him.

Eda and Melo playing detective, although not very well. Honestly, where was Fifi this episode? They really could have used her. The kizlar are on board and supporting Eda as always as she tried to find a way out from under her grandmother’s thumb. It was good to have feisty Eda back and I have a small hope that her grandmother will come around and see that if she doesn’t drop the idea of destroying Serkan she will lose Eda forever, just like she lost her son.

Ugh, the whole Ayfer/Aydan/Alexander thing has gone on for too long, takes up too much screen time, and has become increasingly embarrassing to watch. They have reduced two funny and interesting woman characters to competitive, childish clichés. Why oh why are they having them fight over a man? Is there nothing else that they could come up with for two single woman? The actual fight in the domo gave me all kinds of second-hand embarrassment, hair pulling, seriously?!?! I want better for these two, they have lots to talk about, their children are in love, they could set up a business together! I really resent the portrayal here of two great woman characters as nothing more than desperate for love idiots. I’m hoping that Alexander heads back to Rome soon.

So, I don’t know what is planned for the Balca and the Prince characters. From the fragman, it seems like Eda and Serkan will get married so will that be the end of both of them? Or do they have further plans to separate Eda and Serkan with or without Babanne’s help? I am 100% not on board for the ‘Eda looks like my dead wife so I must have her’ possible storyline. I will be very upset if they take this route and have him kidnap her back to wherever it is he’s from, is it Dubai or UAE? I can’t remember. It’s too much of a soap opera element to introduce to the show. Also, why are they dubbing the actor, Mert Öcal’s voice, this seems really unnecessary and it’s distracting.

Balca is just a terrible human being, who decides to trigger an allergic reaction in someone just to get them alone? She doesn’t know how severe his allergy is, she could have killed him. I don’t get her rationale and unfortunately, the character is so flat I can’t enjoy her just being a terrible person. If you’re going to be this bad, be really bad. I mean mustache-twirling, tie you to the train-tracks, boil the bunny bad. Chew up the scenery a bit. Otherwise, her schemes have failed, Eda is on to her, and she just needs to disappear.

We are weaned from our timidity In the flush of love's light we dare be brave And suddenly we see that love costs all we are and will ever be. Yet it is only love which sets us free. ** all quotes Maya Angelou 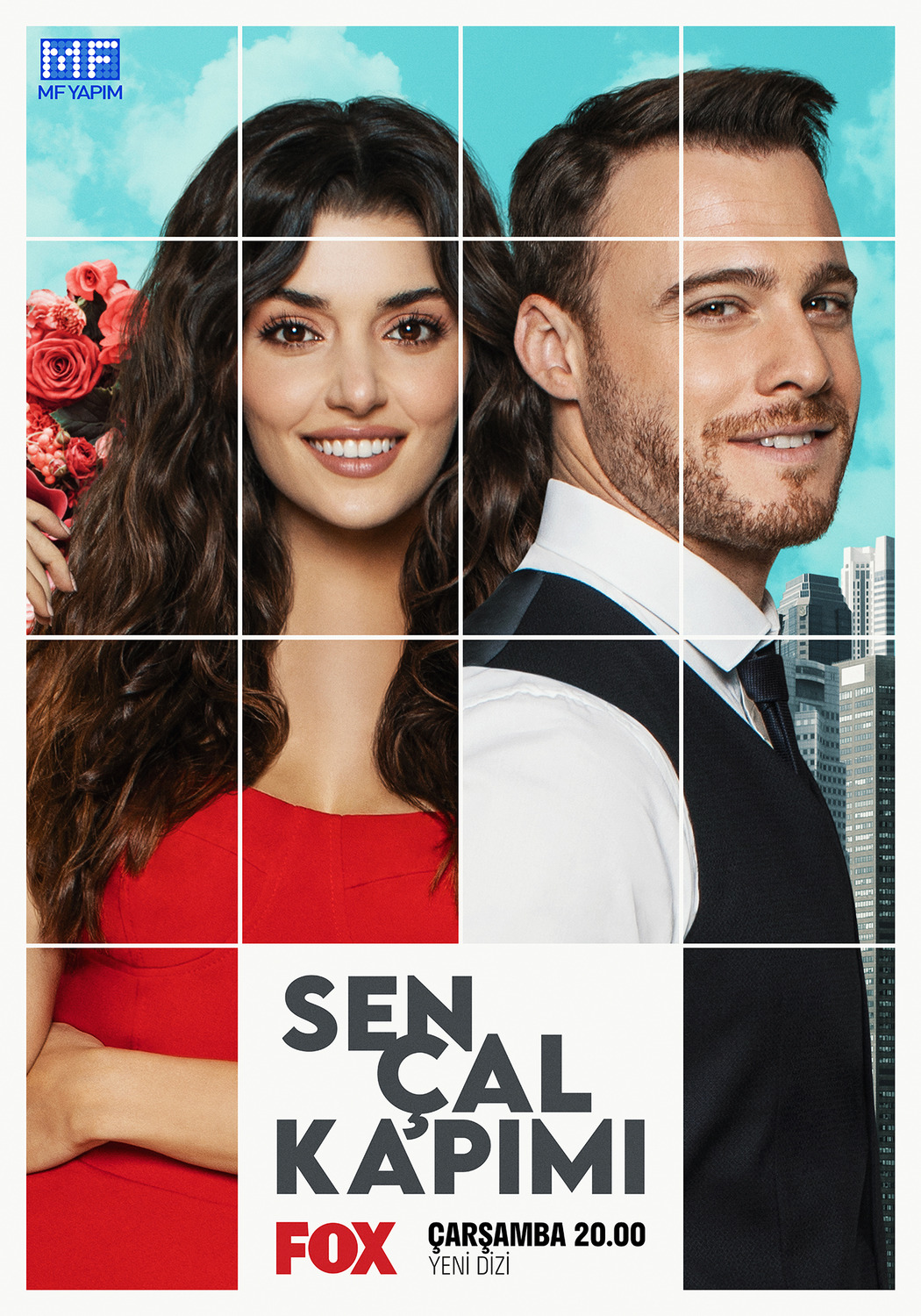