TRT1 has unveiled the first trailer for its eagerly-awaited drama series, Yürek Çıkmazı (billed as Secrets of an Angel overseas).

The heartbreaking series will bring to the screen the dramatic story of a man with a personality disorder and a woman trying to hold on to life with her children.

Cennet, who was exposed to domestic violence for years by her husband, Yılmaz, gets sick and is hospitalized. While she is being treated, she sees a Lawyer Zeynep's number on the window of the hospital and calls her for help. She gives her a letter to be opened after she dies.

This letter will not only bring Zeynep and Halil the eldest son of Cennet, together but also will cause conflict between the siblings. The Secret of An Angel is about the struggle of all women who are victims of domestic violence all around the world and also offers romance through the love story between Zeynep and Halil. 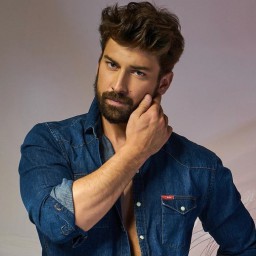