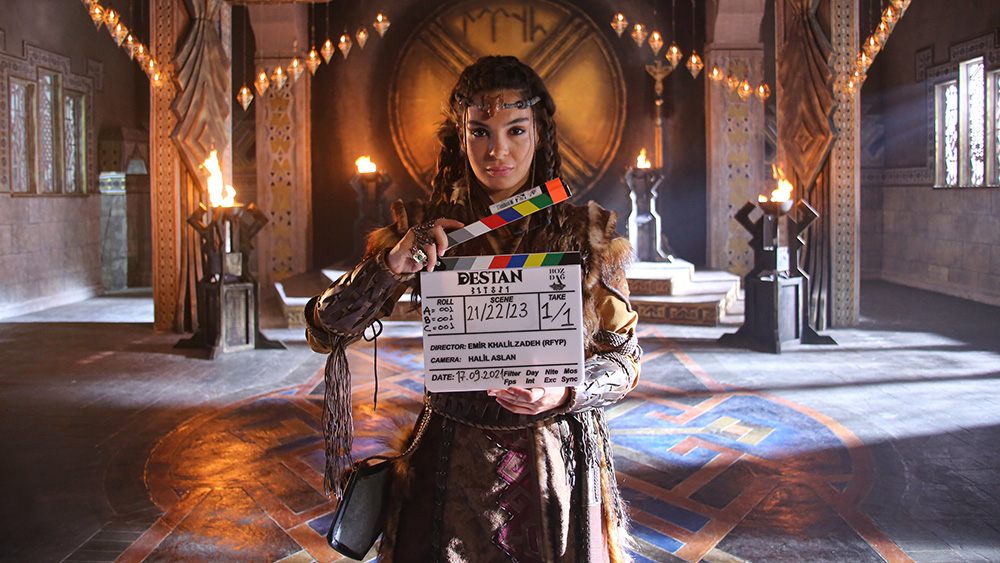 Production is officially underway for one of the season's most exciting period dramas, Destan.

Set to premiere later this Fall on ATV,  the Bozdağ Film-produced series, which has been in the works for over a year, is being directed by Emir Khalilzadeh, with Nehir Erdem and Ayşe Ferda Eryılmaz penning the script.

Ebru Şahin and Edip Tepeli are said to lead the one-of-a-kind project, which will tell the epic love story between Akkız, the legendary warrior mountain girl orphaned by Gök Kagan Korkut Khan in the harsh steppes of Central Asia, and Gök Tegini Batuga, who was orphaned by Korkut Khan in the Gök Palace. Destan will center around these two unfamiliar birds, as they try to achieve the impossible by making their love a sword and a shield of their hearts.

Destan, shooting currently in the Bozdağ Film Plateau, is coming soon to ATV!