While Netflix only has a couple of Turkish originals in its current catalog, the streaming giant makes up for it with its rich collection of classic Turkish dramas, some of which were record-breakers during their time on air in Turkey! Any true fan of Turkish dramas knows the struggle of having to search for English subtitles and luckily, with Netflix, those issues are a thing of the past as every single drama in their collection, streaming outside of Turkey, comes with subtitles! While we wait for more Turkish originals, get streaming some of the already-incredible offerings in Netflix's existing catalog! 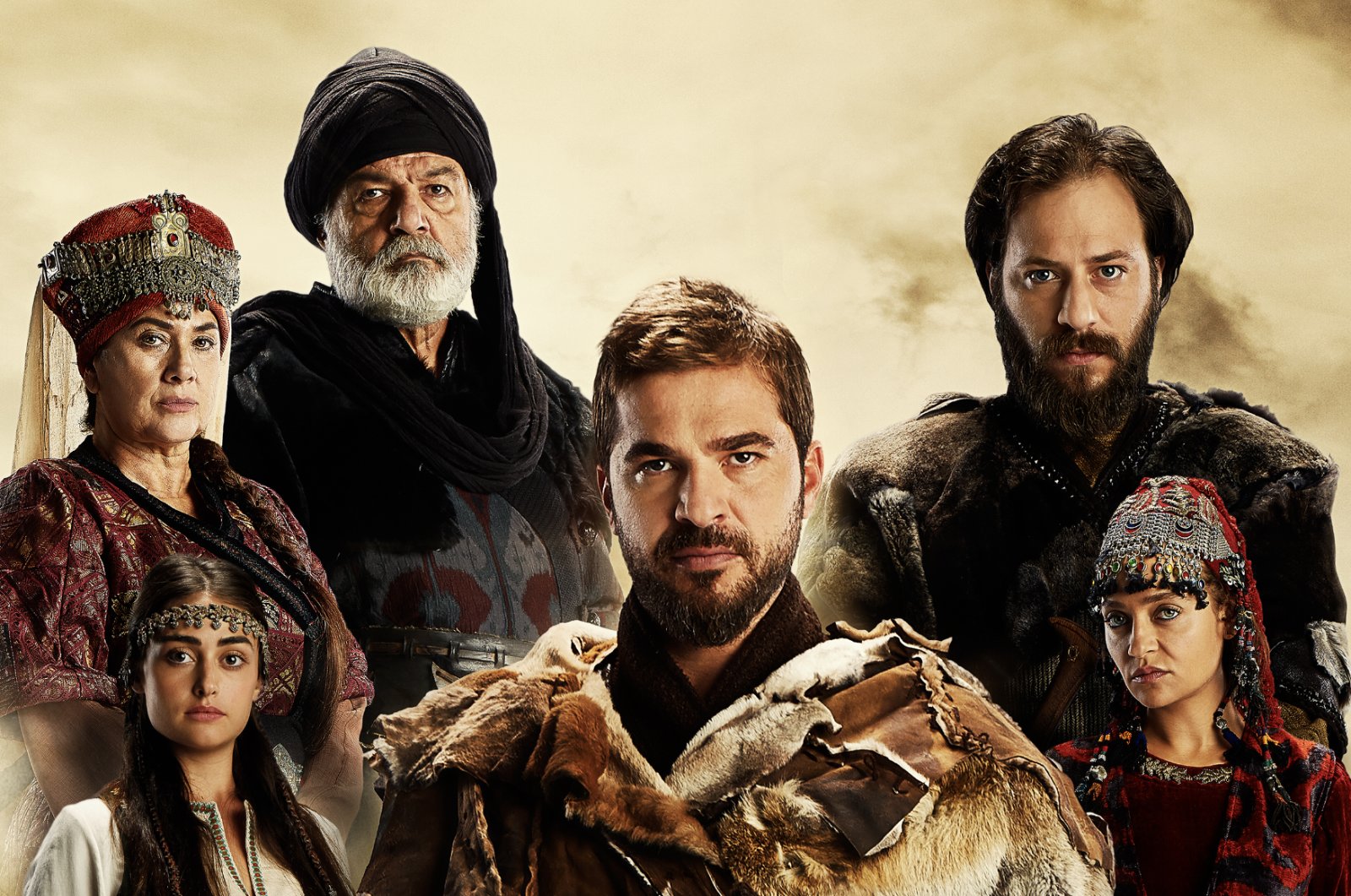 Of all the shows currently streaming on Netflix, Resurrection: Ertuğrul (original title: Diriliş: Ertuğrul) is perhaps the most popular!

The historical drama series first aired in Turkey in 2014 and soon became a favorites, topping the ratings all through its 5-season run on TRT1 in Turkey.

Engin Altan Düzyatan stars in the series as Ertuğrul Ghazi, a historical figure dating as far back as the the 13th century. Son of Suleyman Shah of Oghuz, he was member of the ‘Kayi tribe,’ and fought tirelessly for his religion, conquering many lands in his path to doing so. Ertuğrul's son, Osman, succeeded the throne and founded what is known today as the Ottoman Empire.

All 5 Seasons of "Resurrection: Ertuğrul" are streaming now on Netflix. 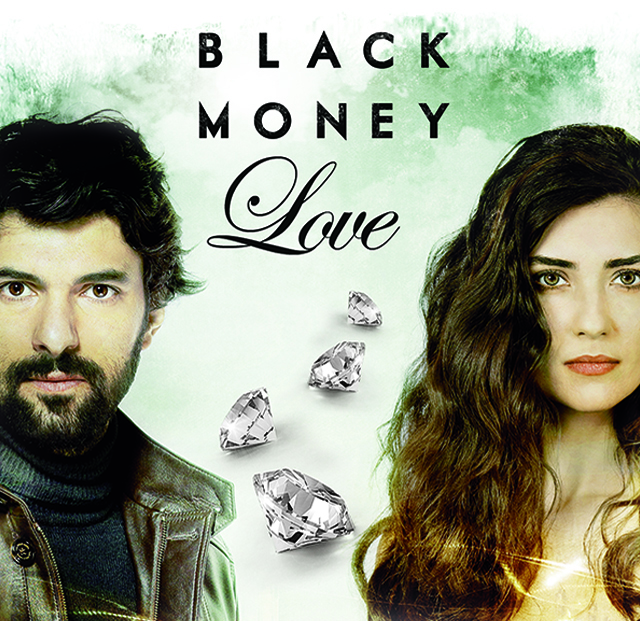 Famed Turkish actors, Engin Akyürek and Tuba Büyüküstün star as Omer and Elif in this action-packed dizi, two individuals from different works of life, brought together by unfortunate circumstances.

Omer, a police officer, and Elif, a jewelry designer, team up in order to find the people responsible for the mysterious murders of his fiancé and her father, both bodies found together in strange circumstances in a car accident with a bullet to their heads.

In 2015, Black Money Love earned Engin Akyürek an International Emmy® Award Nomination for Best Performance by an Actor. The series' success continued, selling to over 130 regions and counting.

Season 1 is streaming now on Netflix! 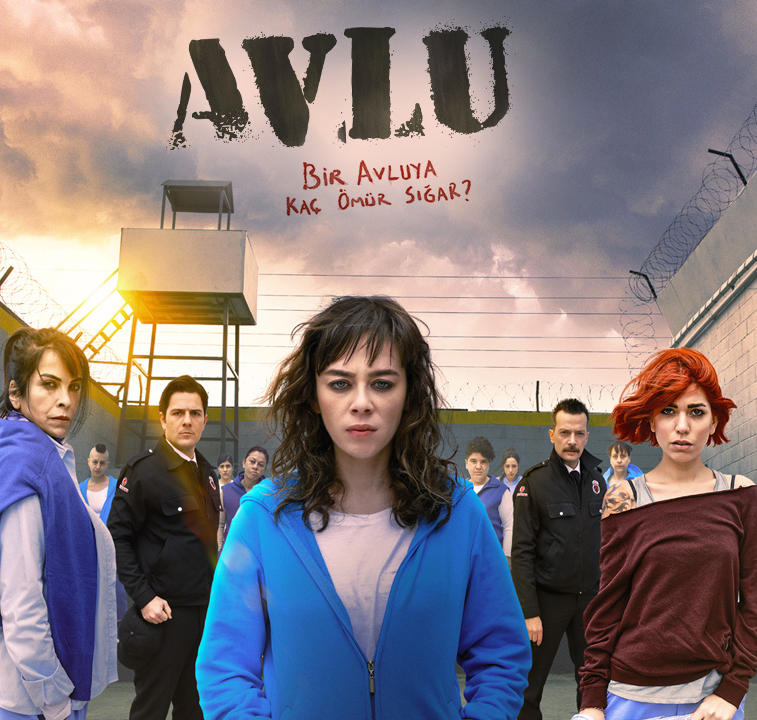 The Yard (original title: Avlu) is a Turkish adaptation of the award-winning Australian drama series, Wentworth.

Like the original story, The Yard follows a group of women incarcerates in a tough-as-nails contemporary women's prison for various crimes, ranging from theft to other more gruesome crimes. Each episode followed the women and their struggles as they try to survive in their very violent environment, whilst worrying about the people they left on the outside.

Rumour has it Netflix is working another season of the show after its success of the platform but that's yet to be seen.

The first season of 'The Yard' is streaming now on Netflix. 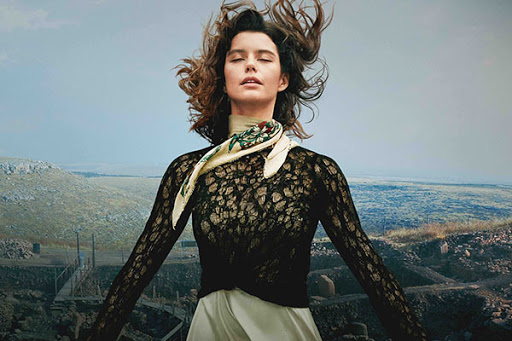 The supernatural drama, based on a novel by Şengül Boybaş, follows the life of Atiye (Beren Saat) who is a young and beautiful painter and leads the perfect life in Istanbul, until a discovery made at a Gobeklitepe, the most ancient temple on Earth, changes her once-perfect life forever.

'The Gift' is a good place to start for anyone who is looking to delve into the significantly ancient but gorgeous structures that bestow present-day Turkey.

The combination of the scenary and the very capativating storyline makes 'The Gift' a must-watch.

The series has already been renewed for a second and third season at Netflix. 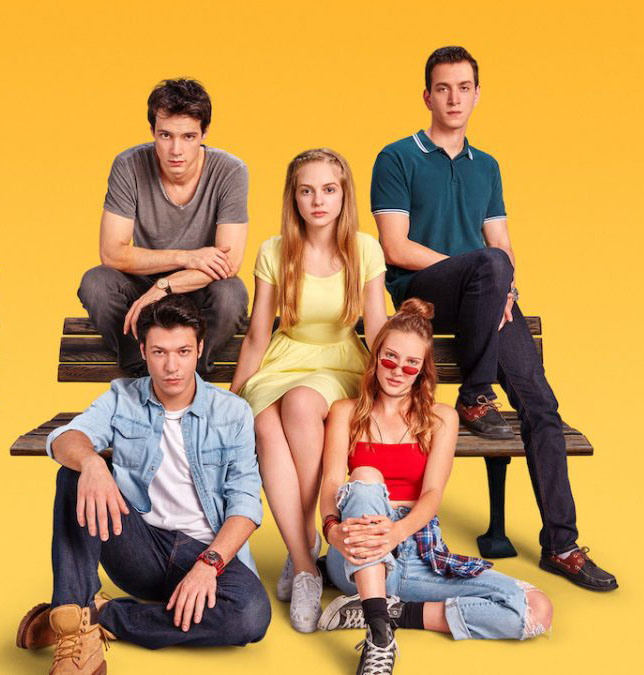 Love 101 (original title: Aşk 101) is hands down Netflix's most popular Turkish original to date and its success its largely in part to it being grouped under the YA (Young Adult) category.

Within the show's first two weeks of premiere on Netflix in April of 2020, it cracked the Netflix "Top 10" charts in multiple territories, ranging from MENA to regions in Europe.

Already renewed for a second season, Love 101 follows the story of rebillious teens who, after find friendship, courage in themslves and love in the process of trying to make their teacher fall for a basketball coach, after they learn she planned to leave town.

After a lot of behind-the-scenes skimming, sparks soon begin to fly between their favorite teacher Burcu (Pınar Deniz) and the basketball coach, Kemal (Kaan Urgancıoğlu). 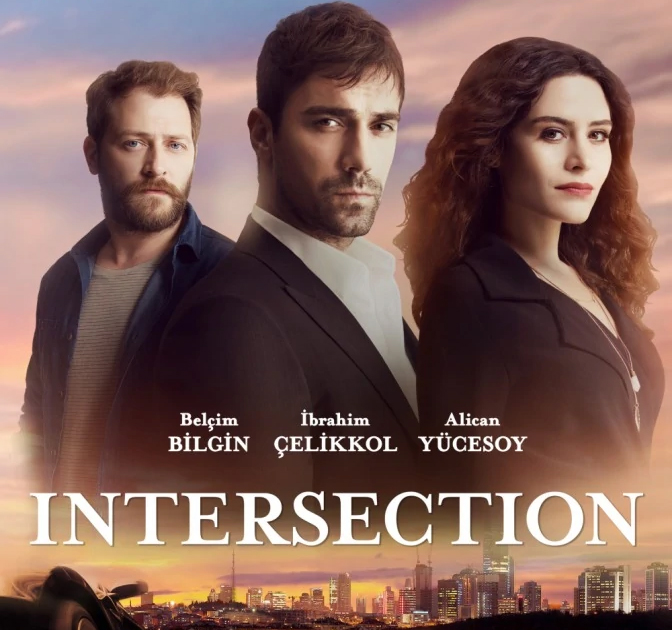 Intersection (original title: Kördügüm) is one of the first Turkish dramas that was made available on Netflix.

The series follows the stories of two wealthy businessmen with car obsessions cross paths with an idealist pediatrician. Matters get complicated when love enters the equation, and their lives change for good.

There is no drama

İbrahim Çelikkol stars as Ali Nejat, a retired race car driver and a playboy-turned-businessman. On a trip to Italy, him and his friend Ayhan (Alican Yücesoy) encouter a beautiful pediatrician Naz (Belçim Bilgin), who makes an instant impression on both of them.

Ali's previous playboy ways soon catch up with him when he learns he has a son, named Kaan. Naz becomes a rock for both Ali and Kaan to lean on, complicating things for Naz and her husband Umut.

All three seasons are streaming now on Netflix. 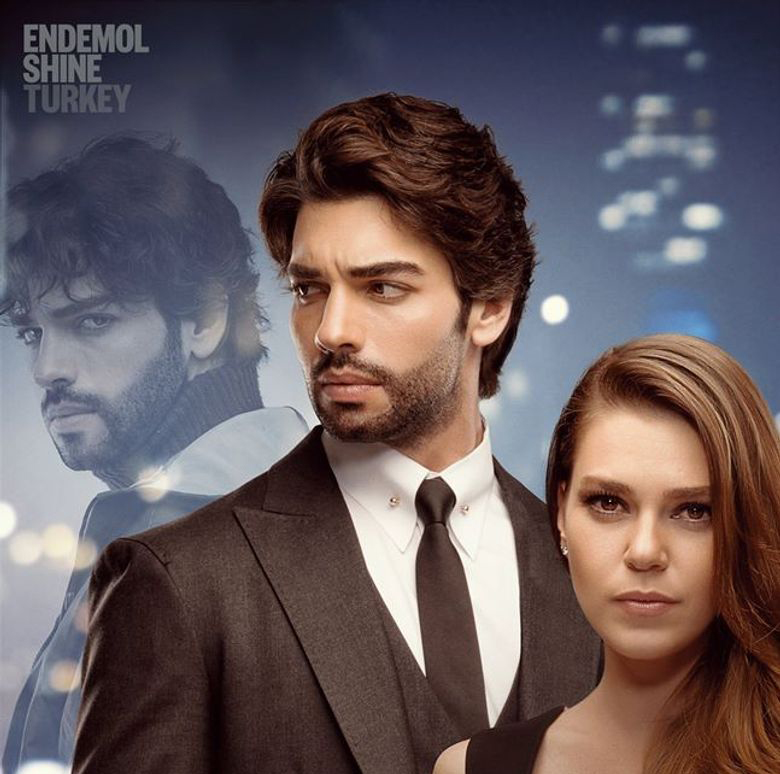 If there is one thing Turkish TV trope that has been perfected through the years, it is the revenge trope. In Winter Sun (original title: Kis Günesi), two businessmen kill off the third partner in their company unbeknownst to them that there is one crucial witness to the murder – the victim’s young son (Efe). The series follows Efe’s quest for revenge and redemption, as well as a love denied him since childhood.

After years of separation remembering nothing of his origins, the boy Efe returns as an adult to discover he has a twin brother. His brother has taken a job at their father’s old company – and married Efe’s childhood sweetheart.

After a failed attempt to kill Efe when he was younger, the original murderers waste no time in planning his take down once and for all, after learning of his return. But when they get the wrong twin, Efe who has been brought up as a humble fisherman has no option but to adopt his brother’s high-flying identity and lifestyle to infiltrate the inner circle that has destroyed his once powerful family.

Season 1 of 'Winter Sun' is streaming on Netflix. 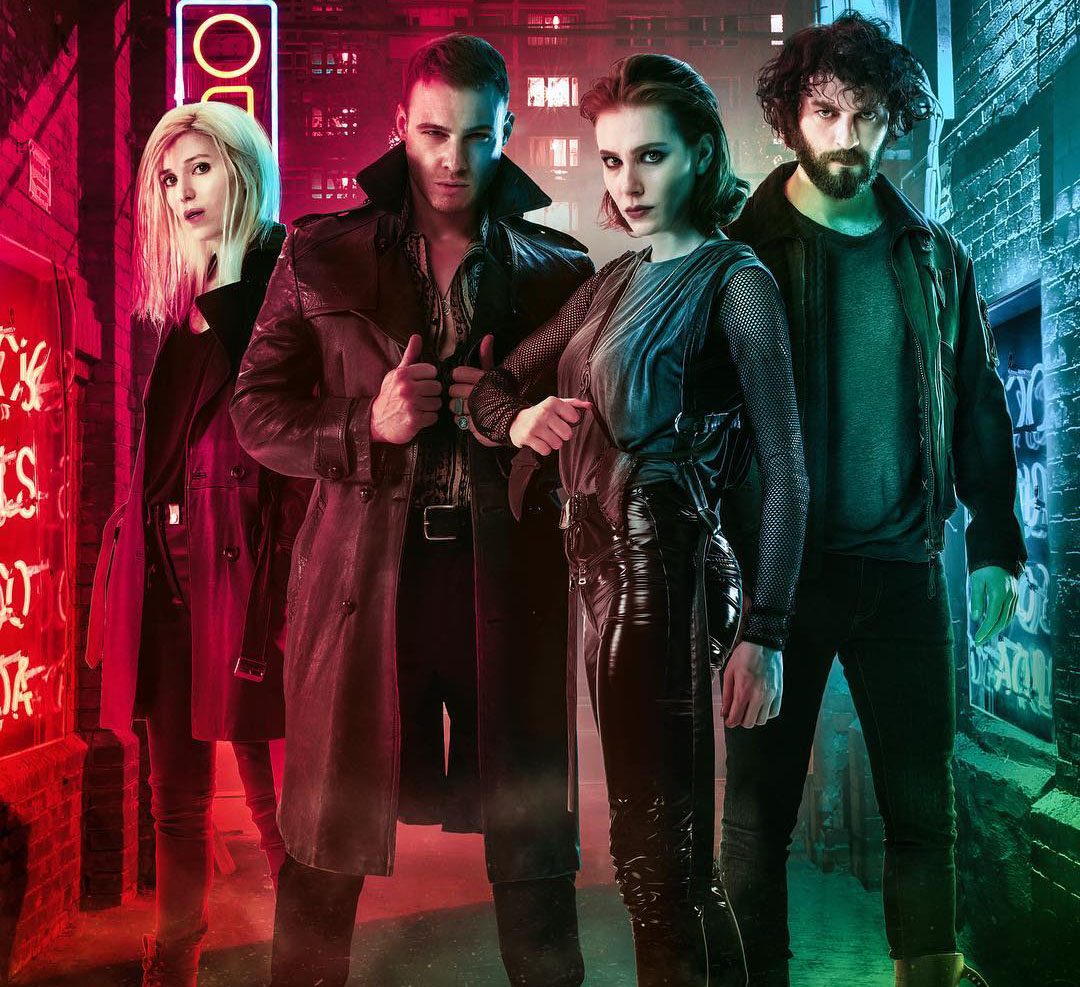 Immortals (original title: Yaşamayanlar) was a first-of-its-kind series when it first premiered on Blu TV in Turkey!

The fantasy series, set in the 1800s, follows the story of Mia (Elçin Sangu), human-turned-vampire, who is driven by revenge as she sets out to vanquish Dmitry (Kerem Bürsin), a ruthless vampire leader who seeks an artifact that grants immortality.

Mia teams up with young rebels in the vamp Istanbul scene to take down Dmitry, who happens to also be the vampire responsible for turning her into one.

All 8 episodes of the first and only season are streaming now on Netflix! 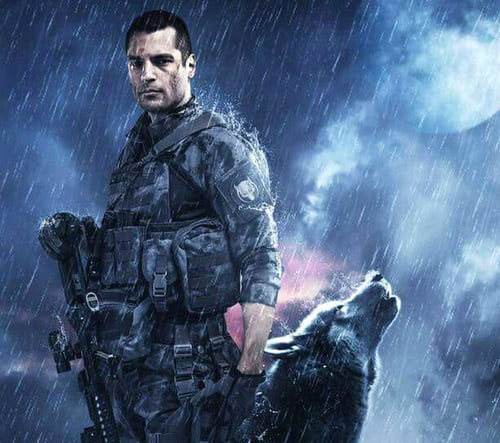 Miniseries Wolf (original title: Boru) aired originally on Star TV in Turkey and in only 6 episodes, the show managed to captivate a huge subset of the usually picky Turkish viewers.

The story is set in the spring of 2014; with rising tensions at the Turkish borders, members of a special-operations police unit are tasked with risky missions, forcing them to confront danger and tragedy both on the field and at home.

All 6 episodes of the miniseries are streaming now on Netflix! 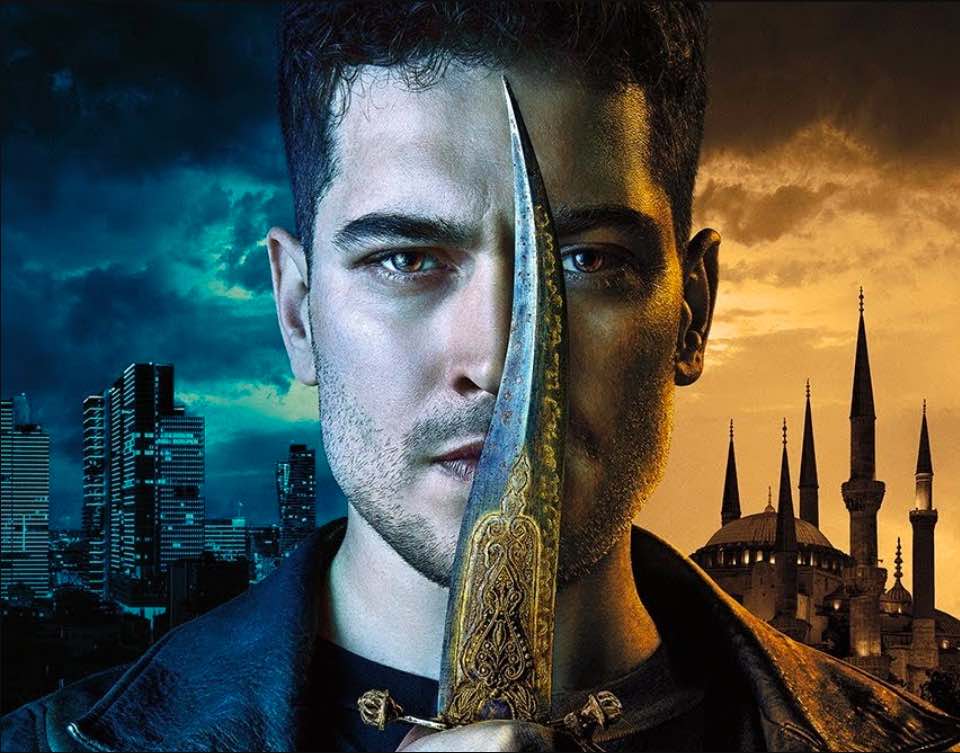 The Protector (original title: Hakan: Muhafız) was the first-ever Netflix original and with that, comes a lot of responsibility, and the genre-bending series certainly did not disappoint.

In the superhero fantasy series, fan-favorite Çağatay Ulusoy starred as Hakan, a young shopkeeper whose modern world gets turned upside down when he learns that he is connected to a secret ancient order that is tasked with protecting Istanbul from an immortal enemy.

When the story begins, Hakan couldn’t be further from a hero — just an ordinary guy in this city of 15 million, where East meets West and past meets present. He must quickly learn that his hometown is under threat from the mysterious, mystical Immortals, and it’s his job to stop them. It’s a task he’s not only unprepared for, but vehemently resists — will he fulfill his destiny as the last protector?

The fourth and final season of 'The Protector' aired in July 2020.

Stream all 4 seasons now on Netflix. 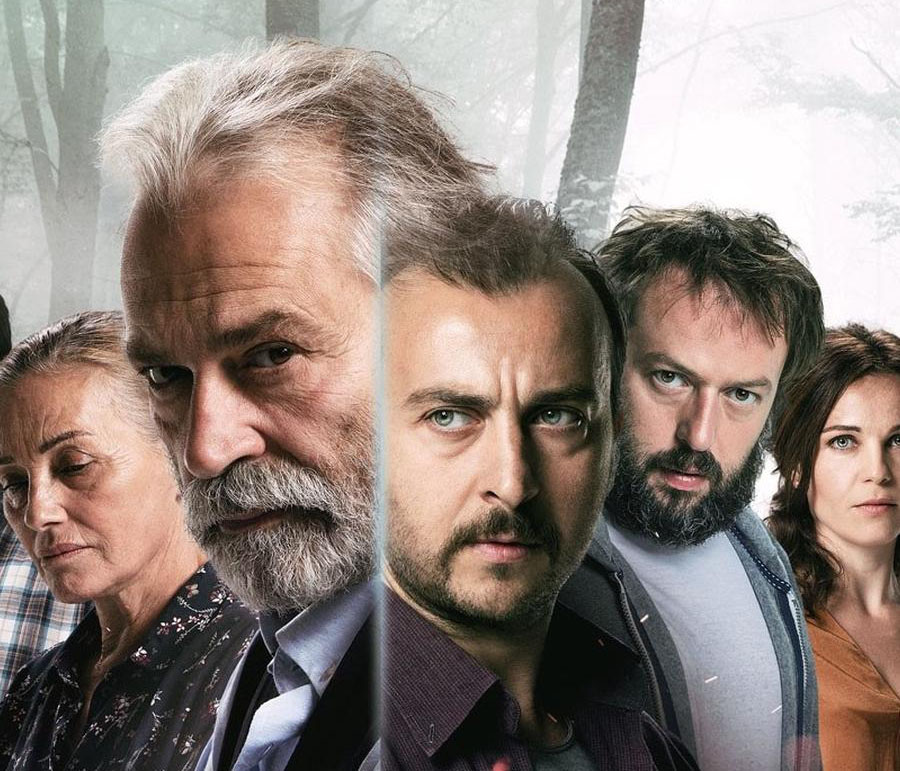 Innocent (original title: Masum) describes the phrase "sweet and simple" perfectly. Though the series has only eight 50-minute long episodes, the cast of the crime drama is so incredibly solid.

Innocent is a suspenseful-filled drama about the extraordinary events surrounding a regular Turkish family.

Retired police captain Cevdet and his wife peacefully live at a farmhouse far away from the city, until one night their younger son Tarik comes home bearing horrible news; he has just murdered his wife after an intense argument. Cevdet is faced with two choices; do the right thing by turning his son in, or utilizing his professional experience as a former cop to cover up his son's crime. For his wife on the other hand, their son going to prison was completely out of the question.

As the story progresses we see that the murder is connected to a much more complicated chain of events. Not only is their younger son involved, but their older son also has a hand in all of what happened, and that Tarik’s wife is not the only victim in the crime.

All 8 Episodes are streaming now on Netflix! 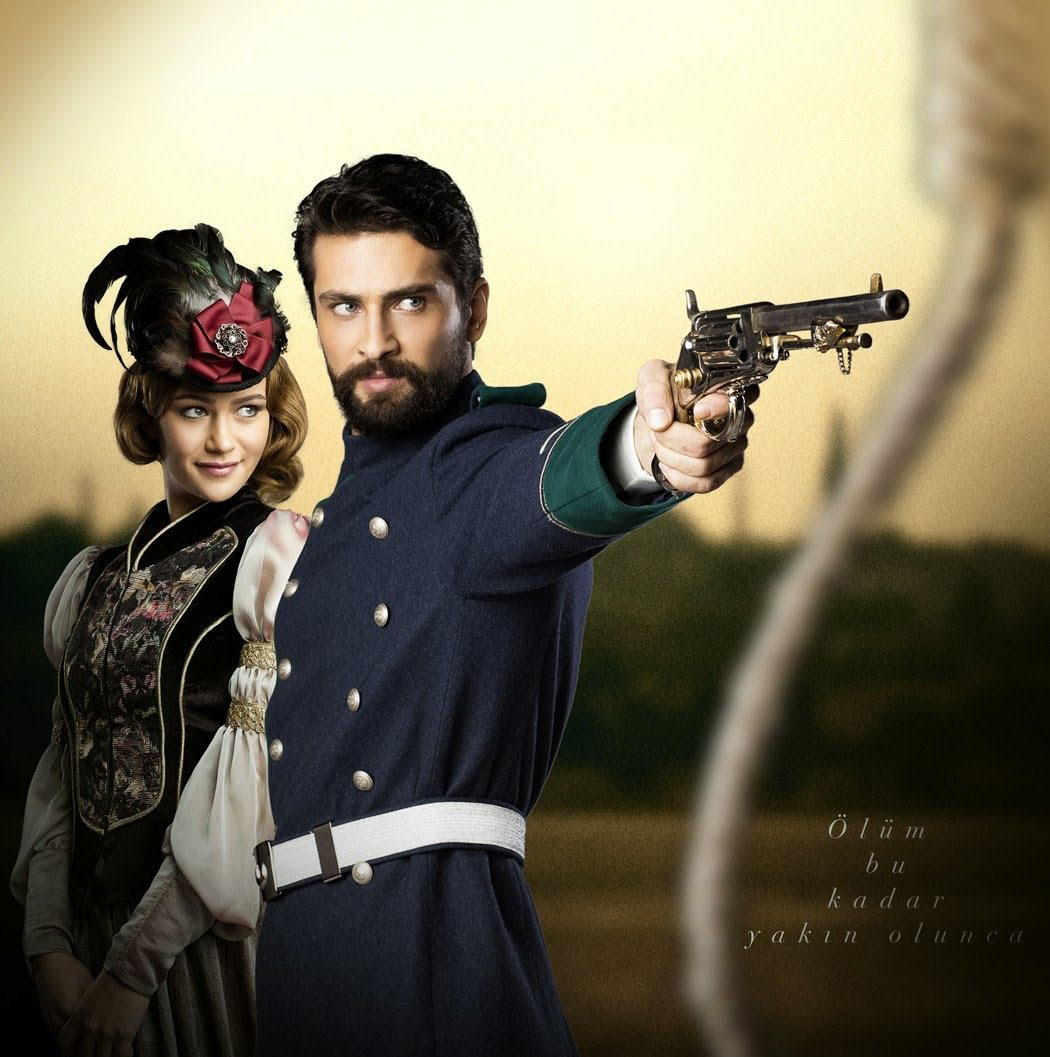 According to Mist, "Filinta” aims at telling the stories of the Ottoman Judiciary called “Kadılık”. The plot is settled on the basis of justice, friendship and fraternity.

The story of “Filinta” is based on Kadı Gıyaseddin Hatemi and a police officer he raised, Filinta Mustafa. Mustafa is a highly intellectual, clever, and good-looking young man. Everything begins with a conspiracy organized against Mustafa. As a result of this conspiracy, Mustafa gets sentenced to death and his judge gets to be Gıyaseddin. Each and every evidence found points out Mustafa as guilty and Gıyaseddin decides death penalty although he sees Mustafa as a son.

The one who organized this conspiracy against Mustafa is a banker named Boris. He is afraid of Mustafa due to some dark secrets hidden in his past.

Stream all two (2) seasons of Filinta now on Netflix!