Okay, arkadaşlar, say güle güle to all your plans because the new dizi season kicking off this month is packed and loaded with a slew of incredible shows that will surely get you hooked. From action-filled dramas to the latest Turkish adaptations, we’ll share with you here the best of the batch of new shows premiering this Fall. 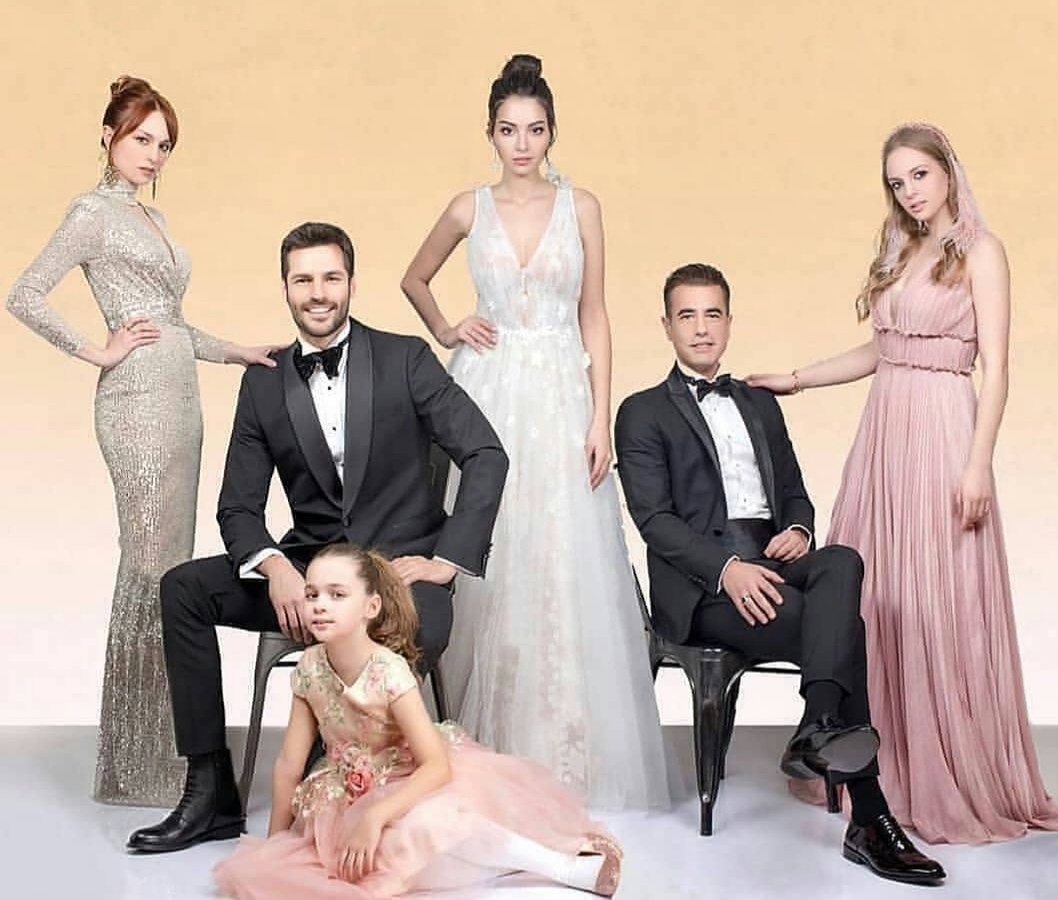 This promising Kanal D series puts the rescue romance trope at the forefront. Yeni Hayat depicts the story Adem, a former member of the Special Forces, getting a business opportunity to protect the young wife of a rich and powerful businessman, Timur,  while ostensibly being able to live a happy life with his wife and daughter.

For Adem, this job is almost child's play —yet it’s not long before the opportunity proves itself to be a nightmare in disguise.

Romantic comedies are usually reserved for the summer season but with the chaos of 2020, we’re glad a rom-com will be on our fall watch list to keep us wrapped with the warmth of summer.

İyi Günde Kötü Günde follows the story of Leyla, a wedding planner who is forced to plan the upcoming wedding of her ex-fiancée.

From possessive moms to love triangles, this dizi comes loaded with all our favorite TV tropes.

To top things off, fan-favorite Elçin Sangu has been tapped in as the co-lead opposite Ozan Dolunay and Yasemin Allen. One thing’s for sure: a trio as solid as this one is sure to set off shipping wars in the new season.

İyi Günde Kötü Günde is due this Fall on Star TV. 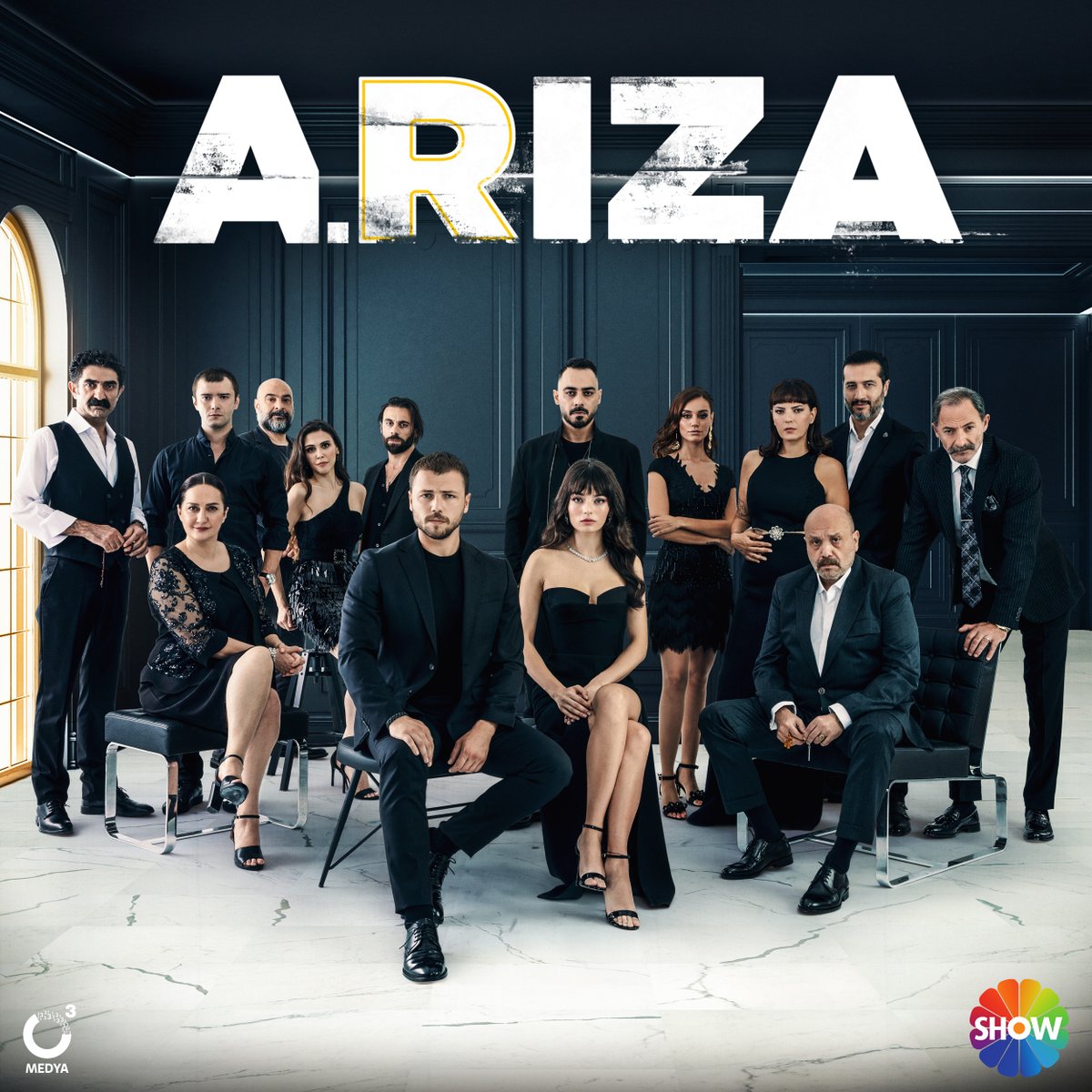 Despite the familiar plot elements, Ariza is not a retread but a smart and tension-filled action thriller, sure to keep viewers glued to their screens.

What seems like a normal day on the job soon turns chaotic for taxi driver Ali Riza, after an encounter with one very special customer.

Premiering on Show TV this fall, Ariza tells the story of Ali Riza, a young and tough taxi driver, who unknowingly kick starts a vengeful war with some very bad and powerful guys, after getting in a fight to rescue Halide, a young and breathtaking woman who stumbled upon his path as she tried to escape said bad guys. Unfortunately for Ali, one of the bad guys he punched happens to be the son of the strongest and richest man in Istanbul, who soon seeks out to get revenge on Ali, changing his and Halide’s life forever.

Led by Tolga Sarıtaş and Ayça Ayşin Turan, Ariza is certainly guaranteed to make its mark in the new season. 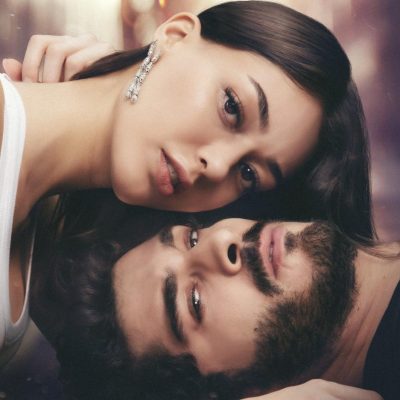 BluTV continues to set itself apart from its competitors. In the new season, the Turkey-based streaming service will premiere its genre-bending series, Yarım Kalan Aşklar. tells the story of Ozan, who dies in a traffic accident and returns in the body of someone else.

Prior to his death, the idealist journalist Ozan who is known for his black-eyed journalism was chasing a piece of mysterious and difficult news and had planned to marry Elif, who is also a journalist.

Returning to life in another body, Ozan has two challenging tasks: find out who killed him and tell Elif all the facts.

Yarım Kalan Aşklar premieres on September 10, 2020, only on BluTV. The sizzling chemistry between Burak Deniz and Dilan Çiçek Deniz alone makes this series a guaranteed hit. Oh, and the bonus: all episodes will have English subtitles! 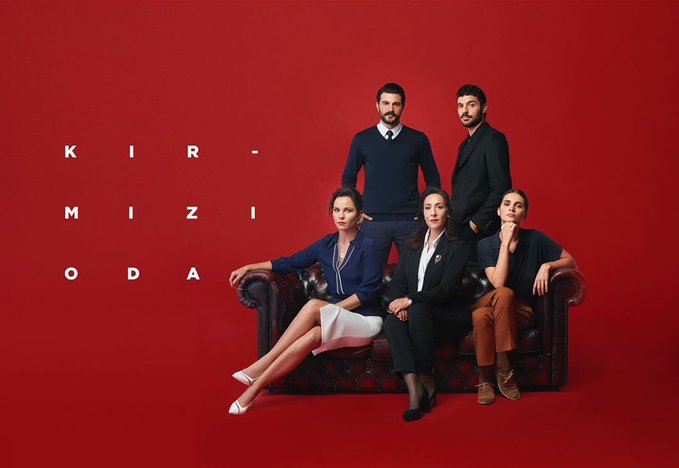 Without question, Kırmızı Oda is the most original new series in the new season. Set to air on TV8, the therapy-suited drama is unlike anything ever seen before on Turkish TV. The series is one of three in the new season based on a book by the famed Turkish author, Dr. Gülseren Budayıcıoğlu.

Each episode of the show will feature two patients, seeking therapeutic help for everyday concerns. In the “red room,” the deepest secrets of human life will be confessed and viewers will also hold themselves accountable as they delve into the real-life-based stories told throughout the series. 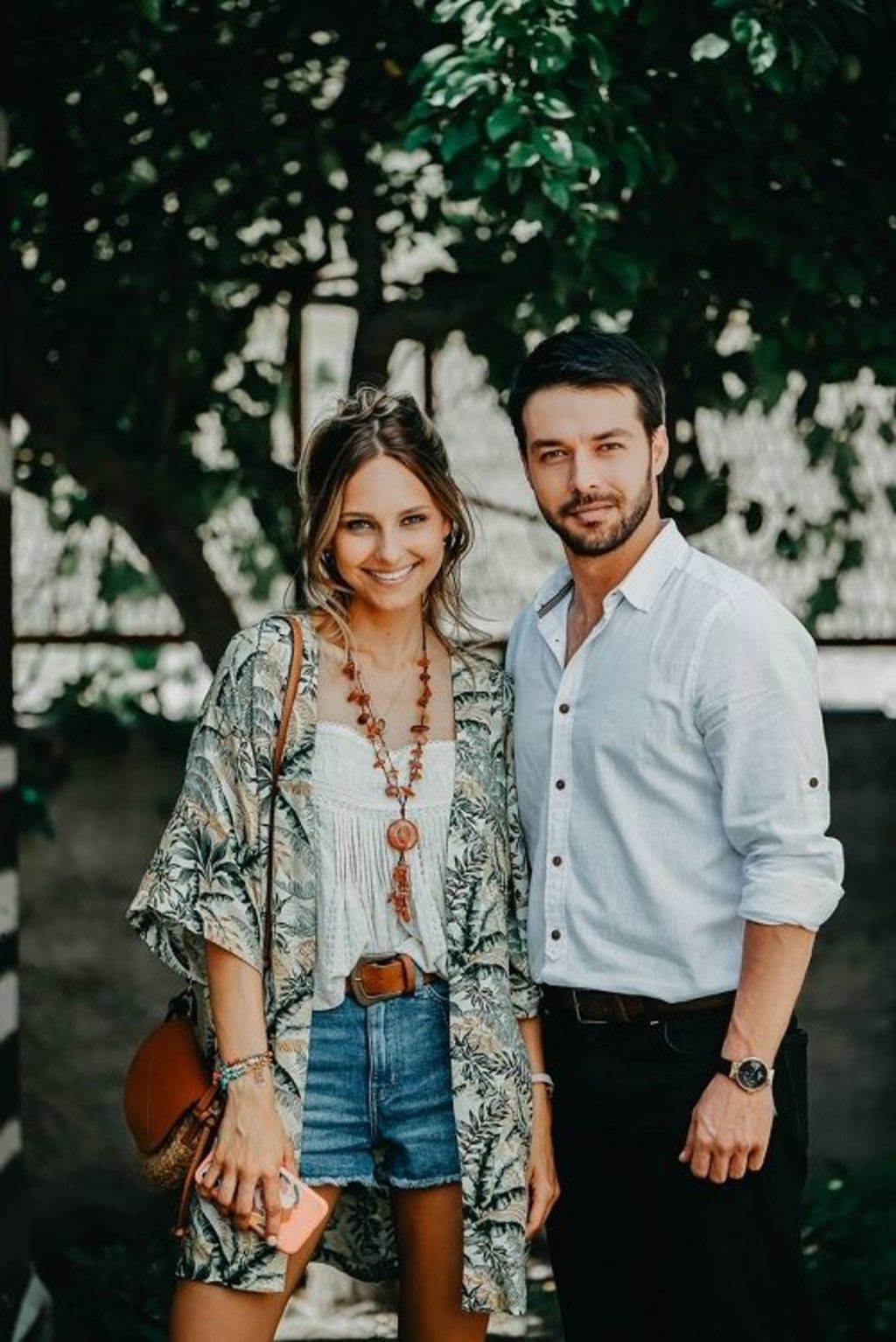 In the shadow of great struggles, Maria and Mustafa will experience a passionate and intense love journey that will twist the hands of fate and change their and their families’ lives forever.

Hilmi Cem İntepe, Jessica May, and Tamer Levent will lead this highly-anticipated drama, coming to ATV this fall. 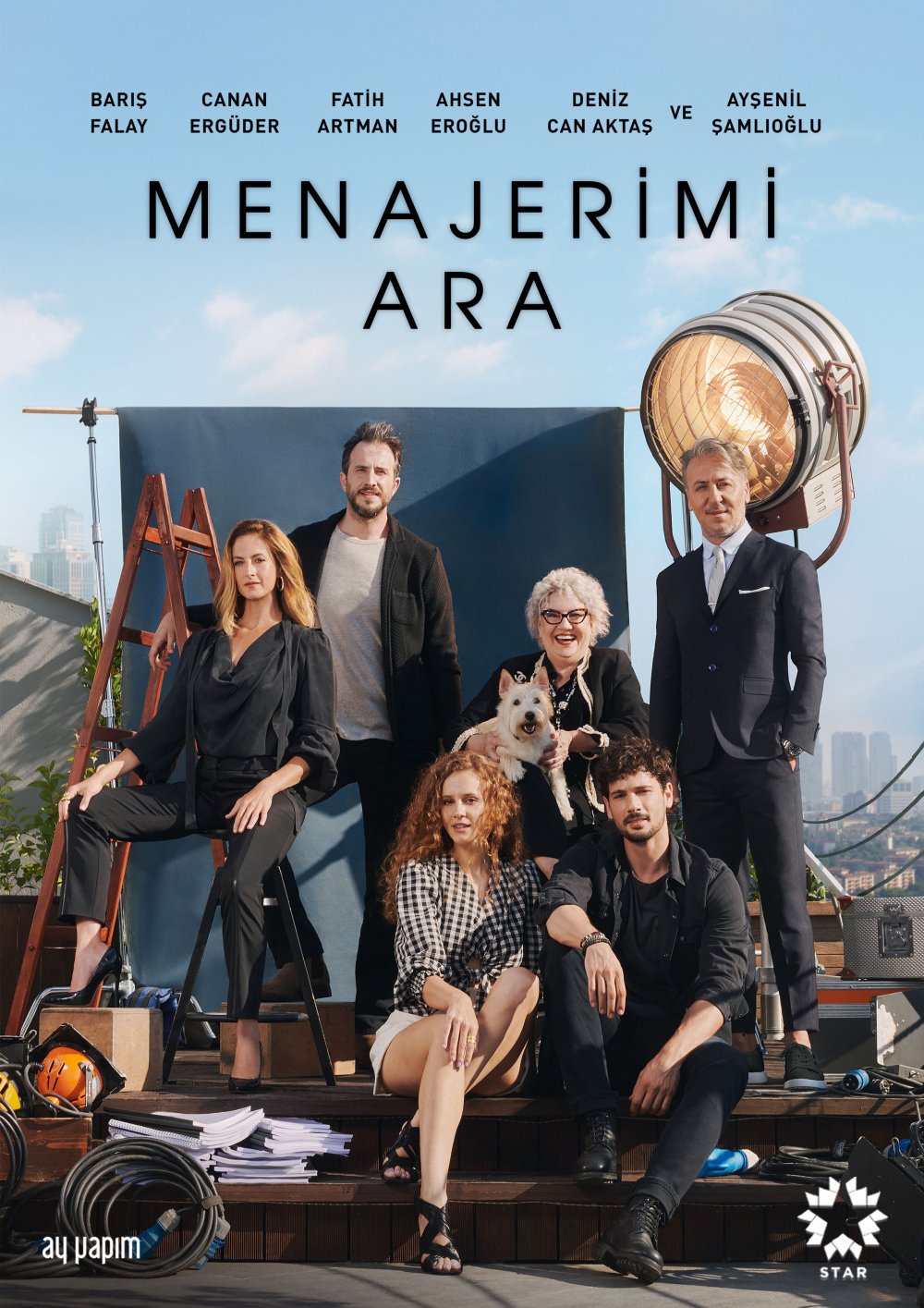 Menajerimi Ara was the first remake announced this season. Based on the French series Dix pour cent / Call My Agent, the series follows the hectic lives of agents at a top talent firm in Istanbul.

Actress Ahsen Eroğlu stars in the series as Dicle, a young and naive newcomer to the incredibly brutal scene of celebrities. She soon learns that in her new world, there is only room for stars, ego wars, ambitions, fame, money, hopes, and disappointments.

In this big city, Dicle is chasing her dreams alone amongst major sharks in the sector. Will she survive in this sparkling world or will she be consumed by the sharks? Only time will tell!

Menajerimi Ara scores major brownie points on the list of guest stars that appeared in the first episode alone. 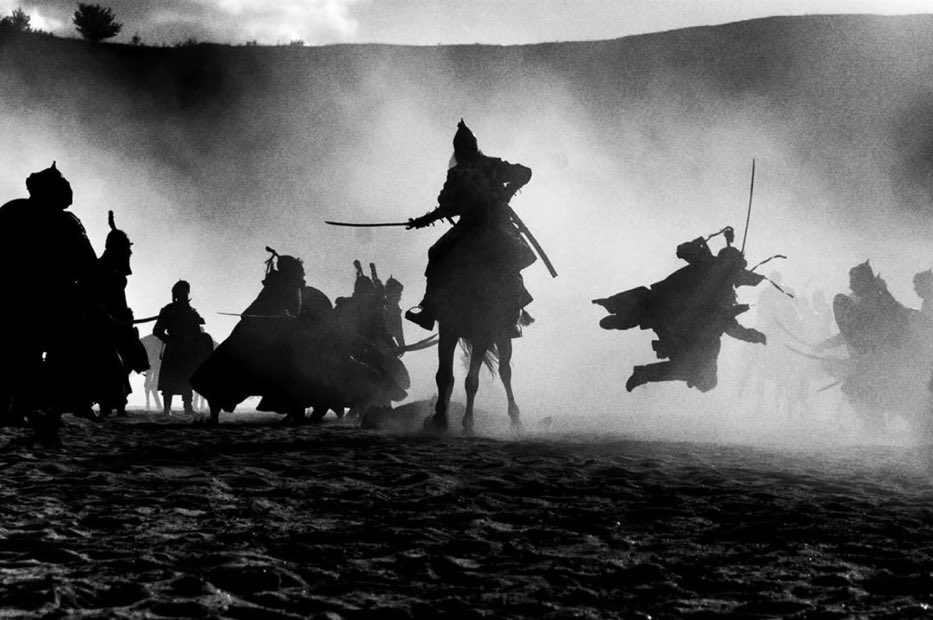 Fans of Diriliş Ertuğrul and Kuruluş Osman, rejoice! TRT1 has come through with a new dizi just right up your alley! Previously titled Nizam-ı Alem, Uyanış: Büyük Selçuklu is a historical drama that will revisit the history of the Seljuks, a dynasty that ruled parts of Central Asia and the Middle East from the 11th to 14th centuries; and eventually founded the Great Seljuk Empire that included Mesopotamia, Syria, Palestine, and most of Iran. 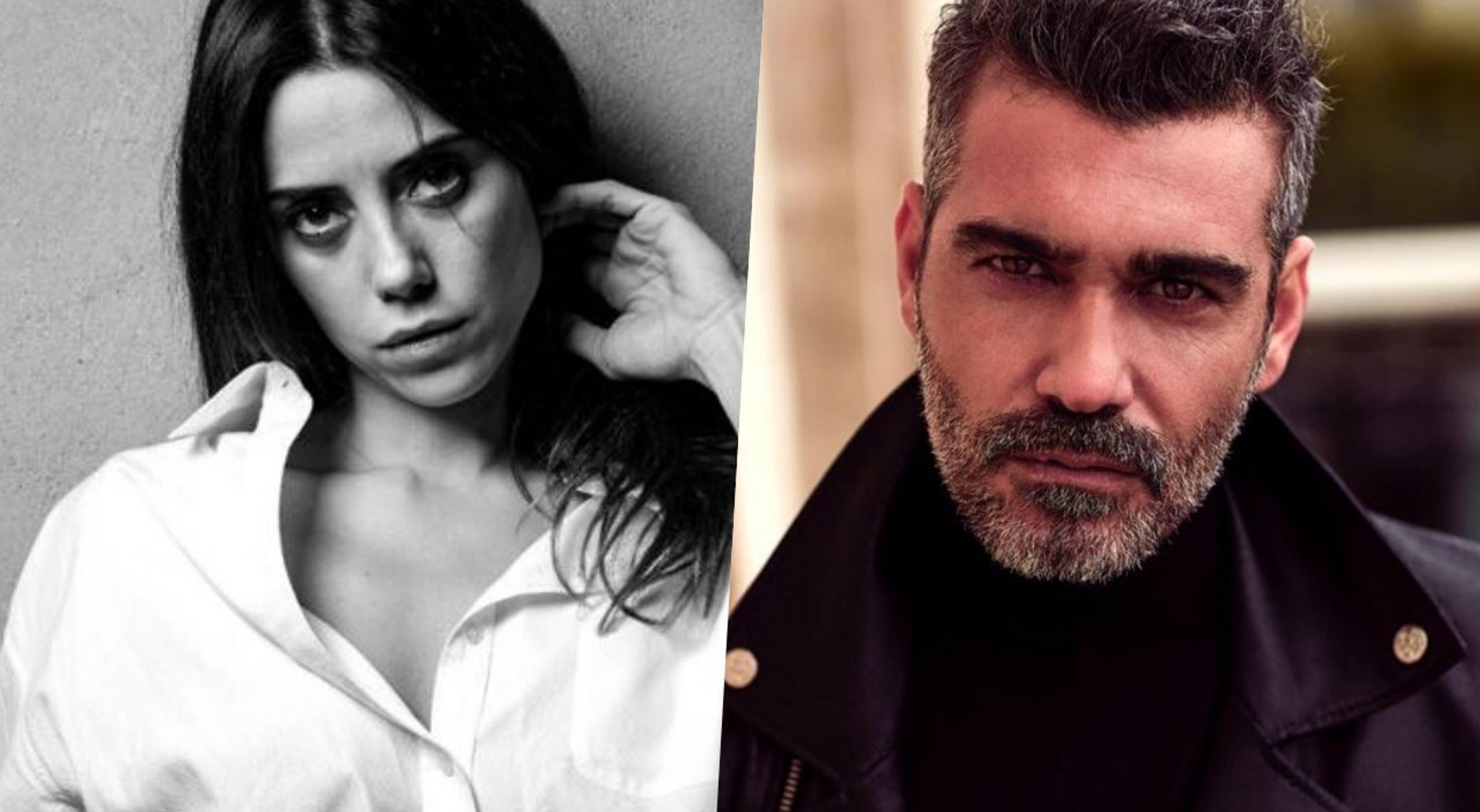 Sadakatsiz, which translates to “Unfaithful,” is an adaptation of Doctor Foster, one of the most popular British shows in recent years. As with the original series, Sadakatsiz follows the story of Mine Arslan a well-respected middle-class doctor, who begins to suspect that her husband is having an affair. Her world soon comes crumbling down when she discovers her husband has not only been unfaithful for years but also been having an affair with the much younger daughter of one of their family friends.

Famed Turkish actress Cansu Dere is the doctor in this sure-to-be addictive dizi and actor Caner Cindoruk will portray her character’s husband, who is also a bully who resorts to emotional and even physical abuse. 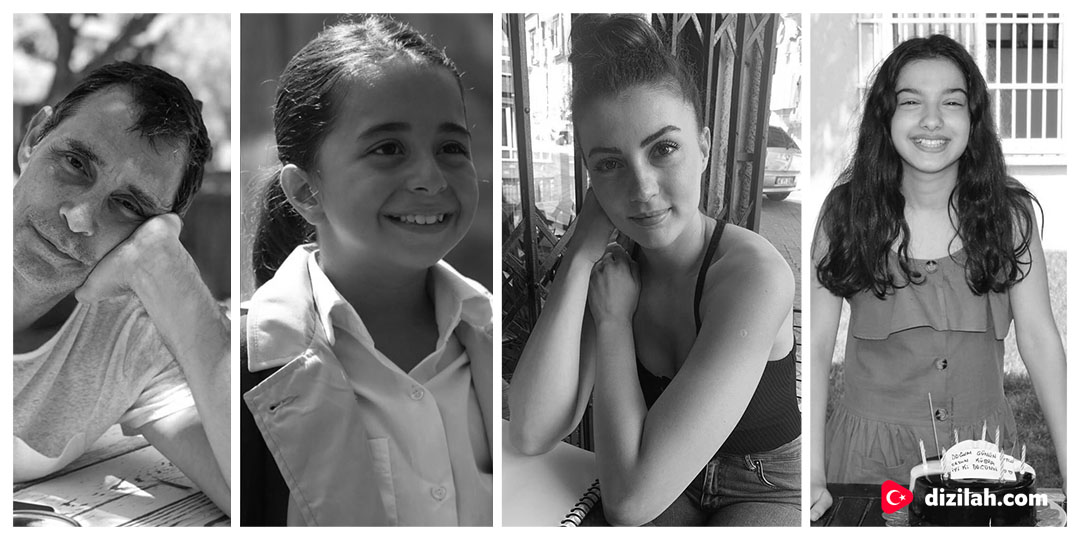 She may be small but she’s certainly mighty. International superstar Beren Gökyıldız is the lead of this new FOX drama series, based on the Japanese series, Abandoned. Kimsesizler is a story set in a children's home for girls abandoned by their parents.

A young girl is sent to live in an orphanage after her mother is arrested for a crime. At the orphanage, she encounters three other girls who can no longer live with their parents for various reasons. While the others dream of being taken away by nice foster parents and gaining new families, our young girl strongly believes that one day her real mother will come back to get her.

The original series had only 9 episodes but if we know anything about Turkish dizis, it is that they sure know how to drag out a storyline and still keep it good!

Emanet tells the story of Yaman, a successful businessman who is incapable of love because of his traumatic childhood. There is only one person that he feels something for, his young nephew Yusuf. When Yusuf’s mother dies unexpectedly, his aunt Seher, moves into the family mansion to take care of him. Initially clashing with Yaman and his cold, stand-offish behavior, both soon start to develop deep feelings for one another. Yaman, finally, begins to open himself up and gathers the strength to confront his past.

Emanet will air daily on Kanal 7 in Turkey. 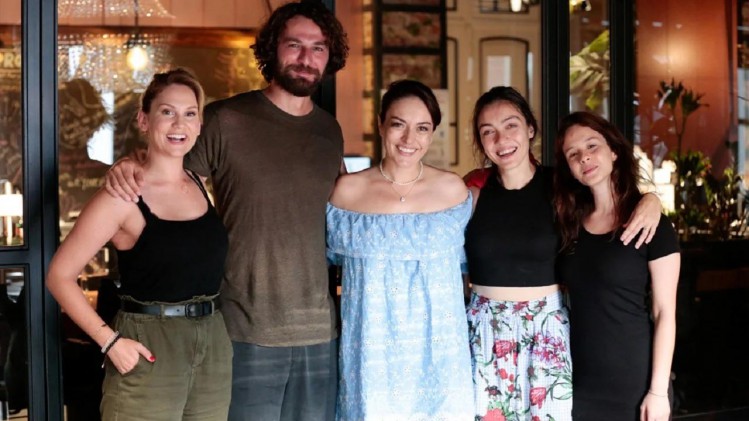 Based on the renowned Turkish author Dr. Gülseren Budayıcıoğlu’s book, which compiled a list of stories various patients shared with their therapists, Masumlar Apartmani will follow the story of three siblings of a sick parent: two obsessive daughters – Safiye and Gülben and one son – Han.

Han has devoted his whole life to catering to his family's needs, shuttling tirelessly between work and home but his life changes drastically after he meets and falls in love with İnci.

Birkan Sokullu and Farah Zeynep Abdullah are set to reunite in this TRT1 drama, coming this Fall.