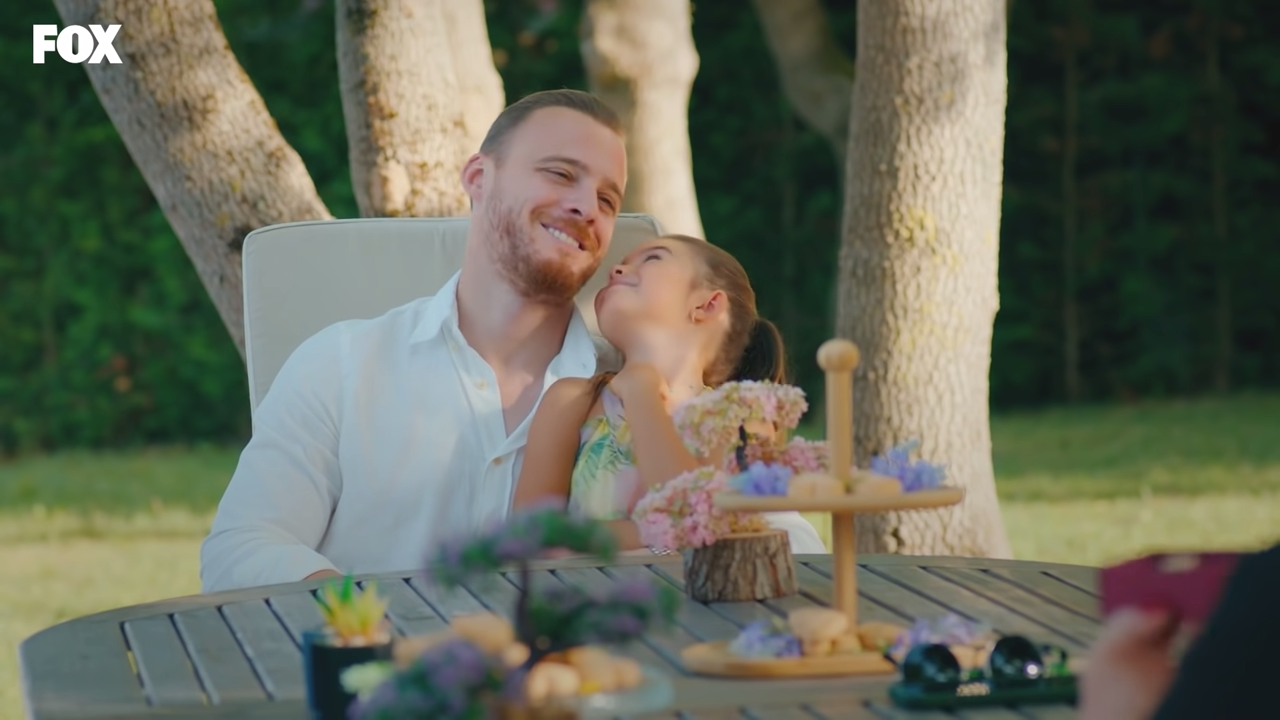 We are at the penultimate episode of Sen Çal Kapimi and are getting to witness the love and understanding that comes when you are in a fully committed relationship. Eda and Serkan have traversed all of their trials and tribulations and are in the process of enjoying their love and their family. I will say again that this is a gift for the fandom to get to have these few episodes to showcase the resolution of Eda and Serkan’s story. It isn’t angsty and may not be super exciting, but it is an unusual gift to get to spend some time with our couple when they are happy and together, and at the end of this somewhat tortuous journey I am happy to just coast to the end of the series.

I am also enjoying seeing a happy and in love Serkan again who maybe is slightly more Kerem Bürsin than he usually is. He’s playing around with Hande and Maya and the rest of the cast and it’s a lot of fun. Honestly, I would probably watch 2 hours of the cast just goofing around together. They have obviously formed a bond over the last 15 months and it’s very nice to see. 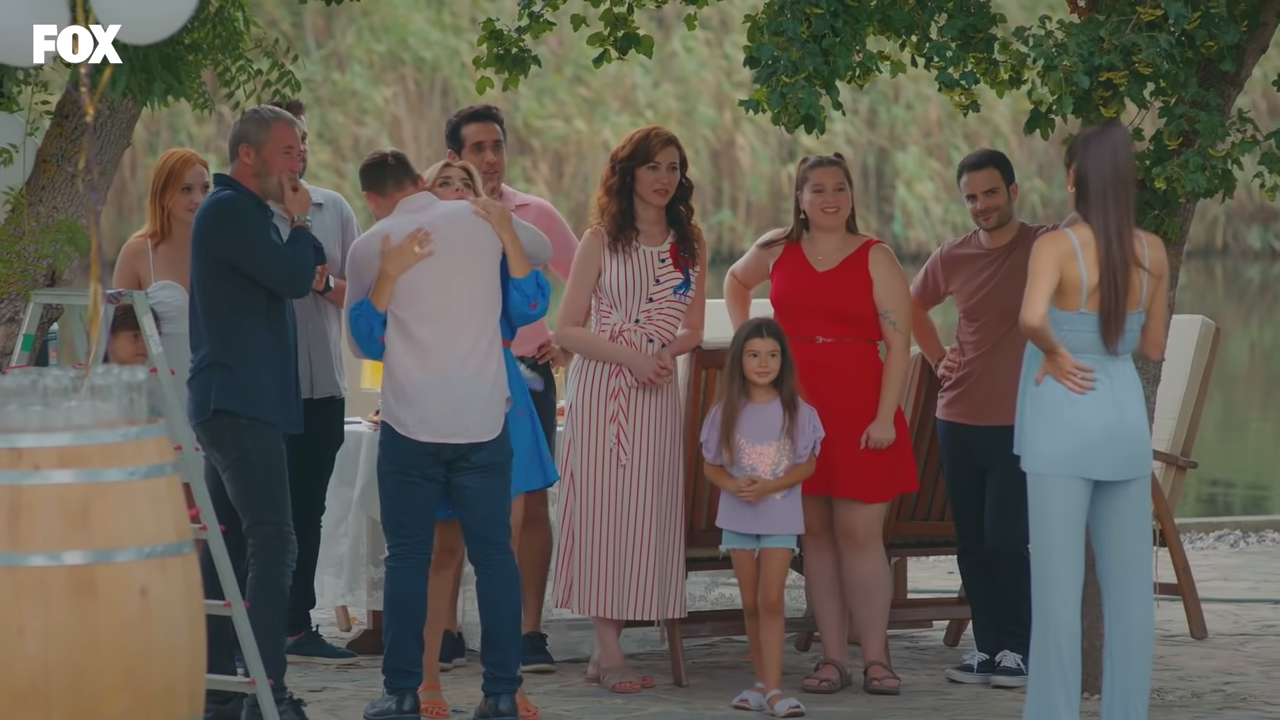 Sen Çal Kapimi has had its ups and downs but I am very pleased that we are ending with the strong message of love and acceptance, that people can make changes in their lives, that second chances are deserved for everyone, and that ultimately a healthy relationship takes work and understanding to grow. 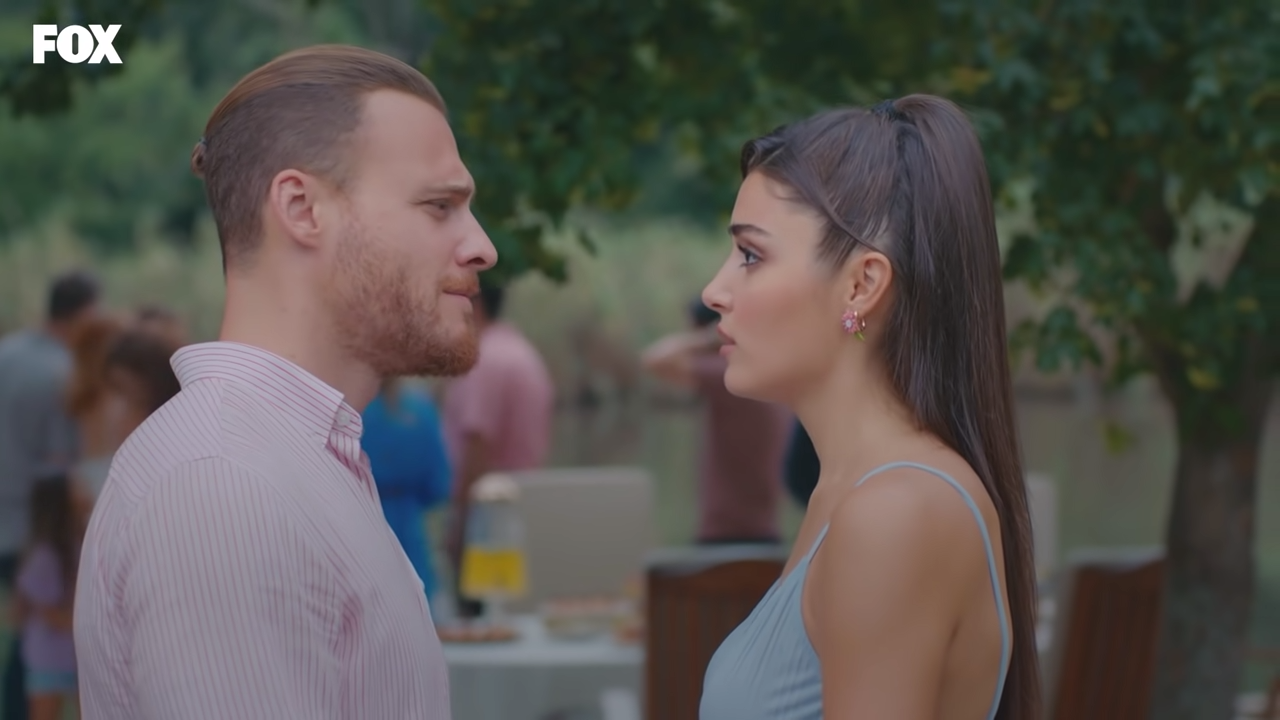 Serkan, ever the hypochondriac, is scared of what could go wrong with Eda’s pregnancy so, in true Serkan fashion, he tries to control everything including her. He gets her doctor to fire her by being unreasonable, finds a doctor that he likes that is way too aggressive in his management of her pregnancy, and has hired medical staff to be on hand 24 hours a day. This, of course, is making Eda angry but it does lead them to talk to a therapist where Eda finally realizes that Serkan is scared because this is all new for him and Serkan realizes that Eda has already gone through this once and can be more relaxed about the process. They can put themselves in each other shoes to gain some perspective on their differences. If only every dizi couple would go to therapy ama neyse. 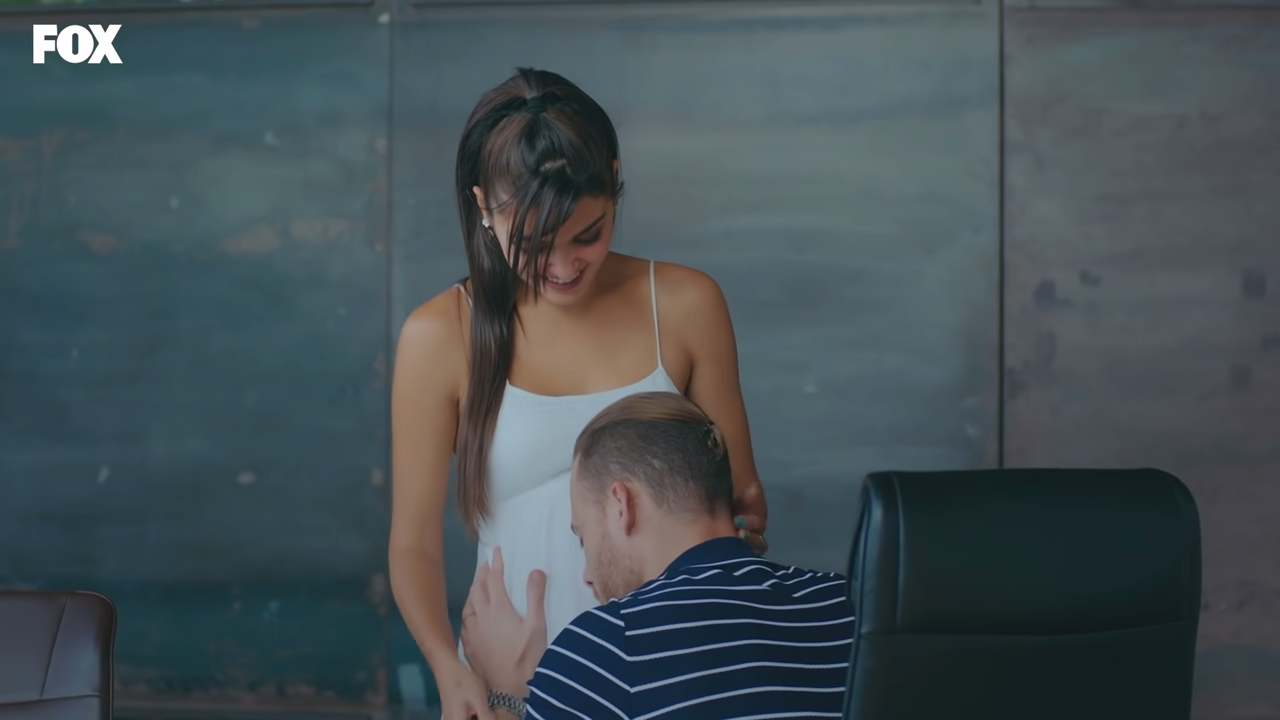 He’s also going nuts that they don’t know the sex of the baby. Eda just wants to be surprised but Serkan can’t wait. He and Engin get together to try all the old wives' tales about figuring it out. Engin has a seemingly endless of women to consult about things. They ultimately do find out because Eda thinks he’s found out and can’t stand him knowing and not her. They are having a boy, which I figured they would and would name him Alp, but Serkan isn’t sure about that. I was taken aback that they wouldn’t call him that but I loved Serkan’s hesitation. He loved his brother but maybe doesn’t want to put the burden of the past on their new baby. 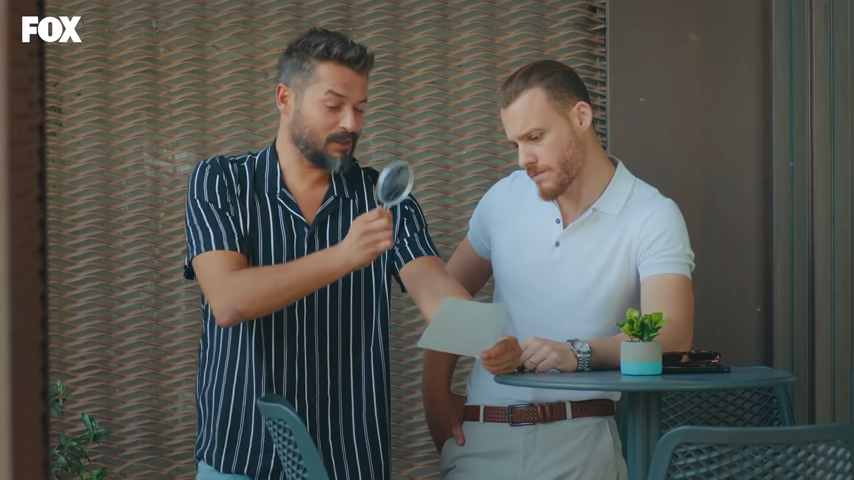 Kemal and Serkan have taken some baby steps to establish a father/son relationship. At Serkan’s birthday party, Kemal tells him that he wishes he could have been around for Serkan's whole life. Serkan comments that he would probably have turned out to be a better person if he had, but Kemal tells him that he couldn’t be any better than he already is. This was really great and it really is wonderful for Serkan to have a father figure that truly loves and appreciates him after suffering so much with Alptekin as a father. 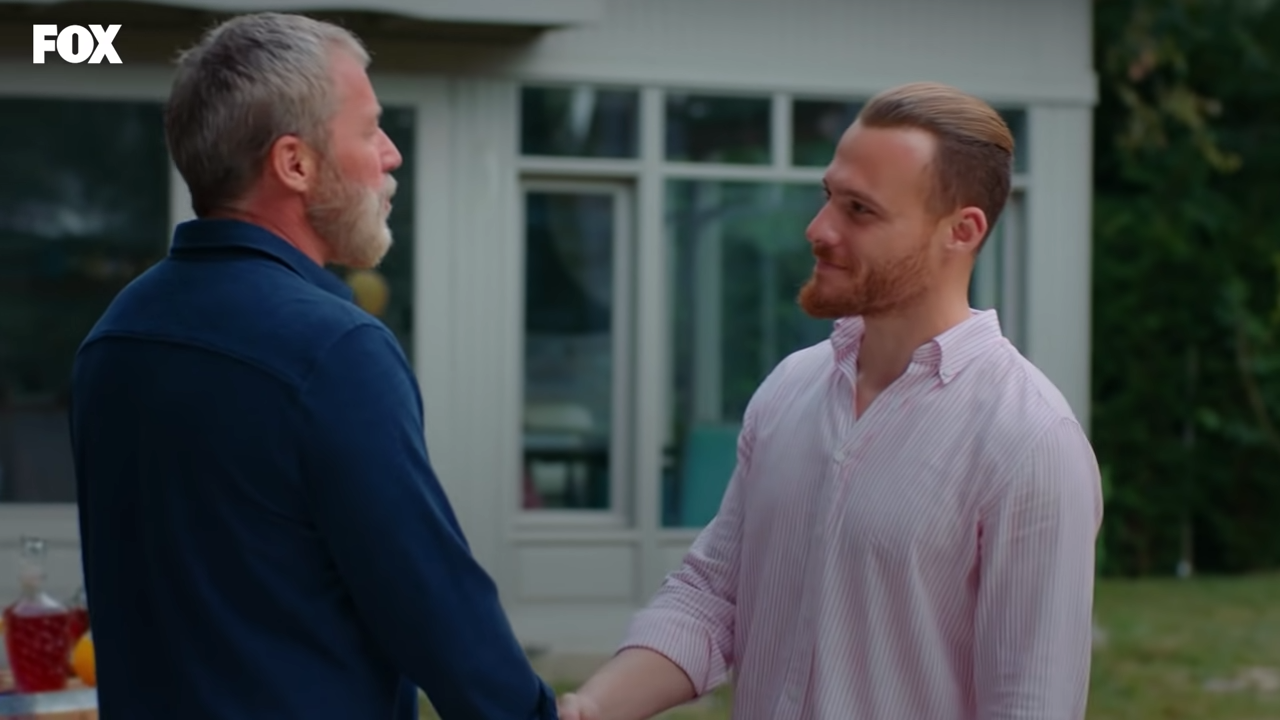 Melo threw Serkan a surprise party! A callback to his birthday in episode 7 when she told him that he can celebrate with Eda alone that year but she was going to throw him a big party the next. I love that because Ayşe Üner Kutlu is writing the end of the series we get these revisits to small but meaningful scenes from the past. Serkan tells Melo that he loves her and calls her ‘Baldiz’ which is sister-in-law. I wish more time could have been spent during the whole series on developing this lovely relationship.

The quiet domestic moments of Eda and Serkan, with and without Kiraz, were very sweet. Serkan kissing her belly and finally getting to feel the baby kick were great and I also loved the group/cast hugging at the birthday party. It’s obvious, that they are all close. 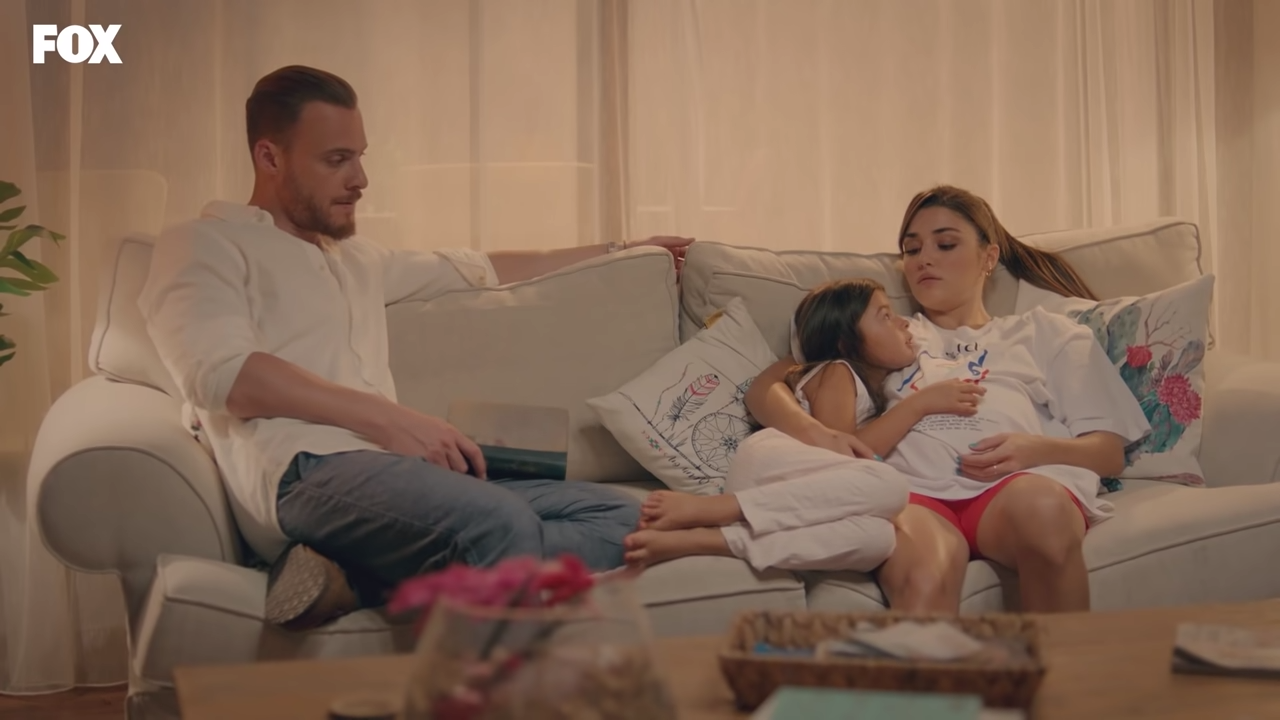 We really have to understand the person we want to love. If our love is only a will to possess, it is not love. If we only think of ourselves, if we know only our own needs and ignore the needs of the other person, we cannot love. We must look deeply in order to see and understand the needs, aspirations, and suffering of the person we love. This is the ground of real love. You cannot resist loving another person when you really understand him or her.Thich Nhat Hanh

Melo isn’t too sure about being married to Burak, although he is hinting heavily that is where they are headed. I don’t know if it’s him she isn’t sure about marrying or whether she is just not ready to get married to anyone. I appreciated this turn of events, Melo has been all about finding her true love but if it’s cold feet about Burak himself or the idea that she isn’t ready to settle down yet it’s great to illuminate that people can have doubts, either about a person or the institution of marriage as a whole. Such a great plot twist to have the person who was so focused on being in love and getting married, remember in the very first episode when as what her goals were she said that she wanted to be married and have three kids, now be unsure about whether she’s ready for that. 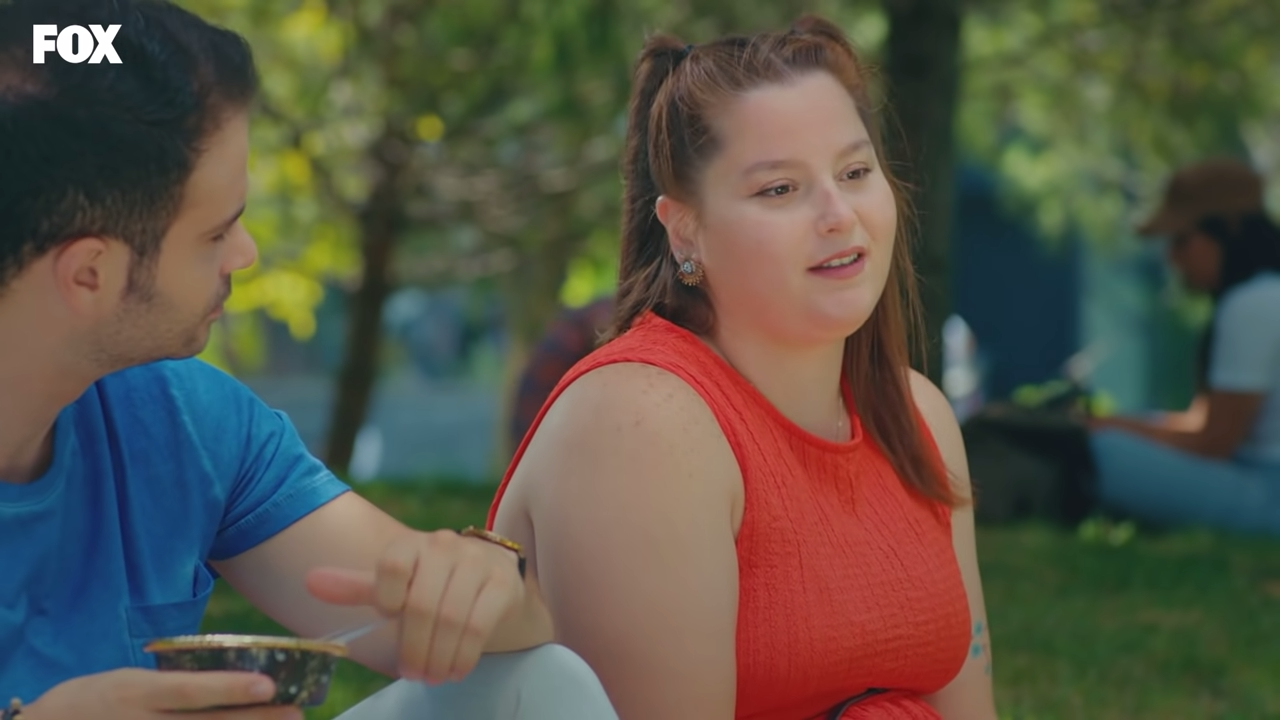 I have a soft spot for the Kerem character. I still think that the Pina and Kerem love story is unnecessary at this point in the series but I like his character. He got into university but not on full scholarship and can’t afford the rest of the tuition and expenses. Is it really expensive to go to university in Turkey and are there not student loans?

Kemal’s mother is putting Aydan through the wringer and it couldn’t happen to a better person. There was a very obvious effort to make Aydan realize her faults, in being selfish and narcissistic. She even says that what she is going through with her new mother-in-law is payback for how she treated Eda. I get that this is the attempt by the writers to soften the fandoms’ dislike for this character and show some growth on Aydan’s part, but it is entirely too little too late and there isn’t any groveling she can do to Eda that can make up for all the terrible things she has done to her and to Serkan, in my opinion. It fits with the theme of understanding, and I appreciate that the writers acknowledging the need to rehabilitate Aydan, but it will take more than just this to balance the scales in her favour. 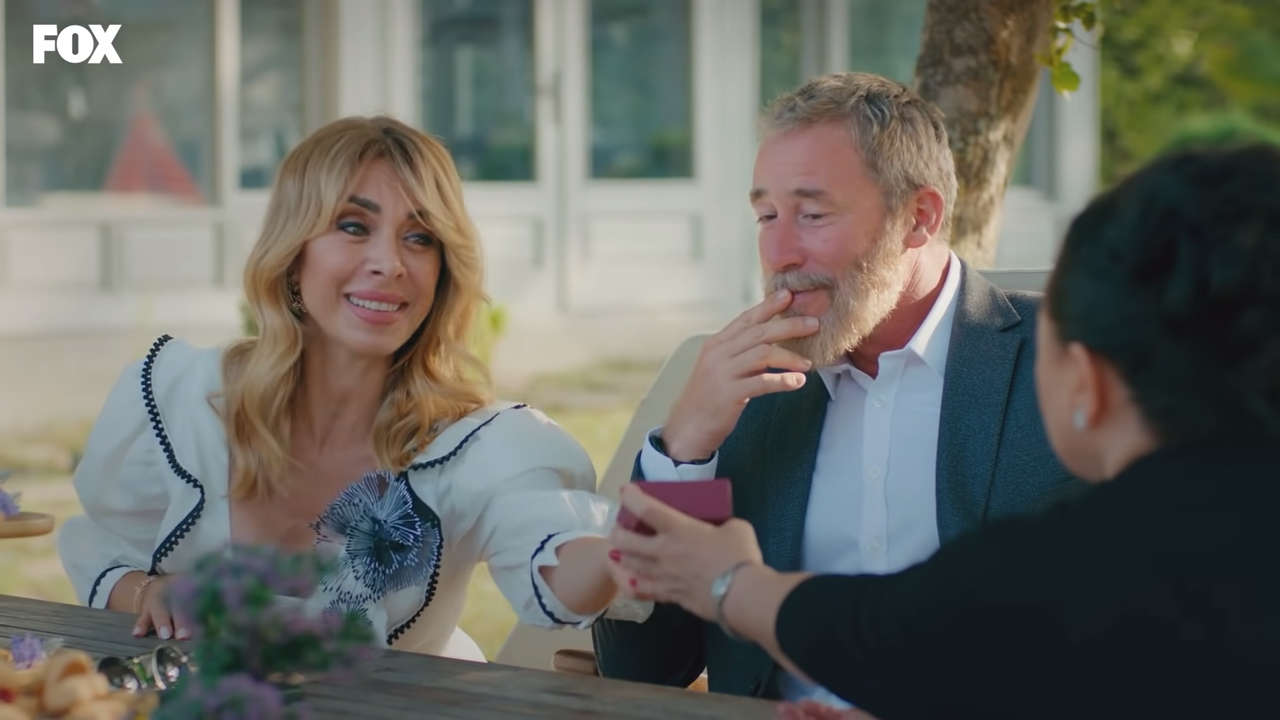 So, while I understand the effort to try and do this with Aydan we are too far into the series, she has flip-flopped too many times, and some of the things that she has done are very hard to forget. I don’t think I could ever look kindly on her character ever again. Plus, she proved that she still has a long way to go by suspecting that Kerem stole her ring to pay for university. She even having known him for months and accepting his relationship with her niece Pina, he is still the first suspect that comes to her mind when the ring goes missing. So, no, she’s still the same person, even though she sees time and time again that she is wrong.

We finally learn why Engin has kept Erdem around all these years. It seems that Erdem’s father has told Engin they can rent the Art Life building for free if Engin will employ Erdem. I guess this is funny? I think I am too sick of the Erdem character to find any humour about him anymore. I did feel bad for Sarp Bozurt, who plays Erdem, because Serkan throws a book at Erdem and Kerem has wicked aim and nails him in the back of the head!

There isn’t much left to ask for as there is only one more episode of Sen Çal Kapimi to go. We saw from the fragman that Eda goes into labour while she and Serkan are out in the country and it looks like he is going to have to deliver the baby by himself. So after all his planning, they are on their own.

I have no doubt they will wrap up the series beautifully next week and I will likely shed a few tears.

Just one more episode to go in this series and I will say again that I never thought we will still be watching SÇK 15 months after it debuted. The themes of understanding and acceptance were great to delve into this week and the notion that a relationship doesn’t freeze into place after the wedding, that a happily-ever-after takes work, patience, and empathy to make it stick and that marriage is a day to day endeavour was nicely explored.

I will be doing a series wrap-up for the entirety of Sen Çal Kapimi for next week where I will look at the good, the bad, and the Balca of it all. 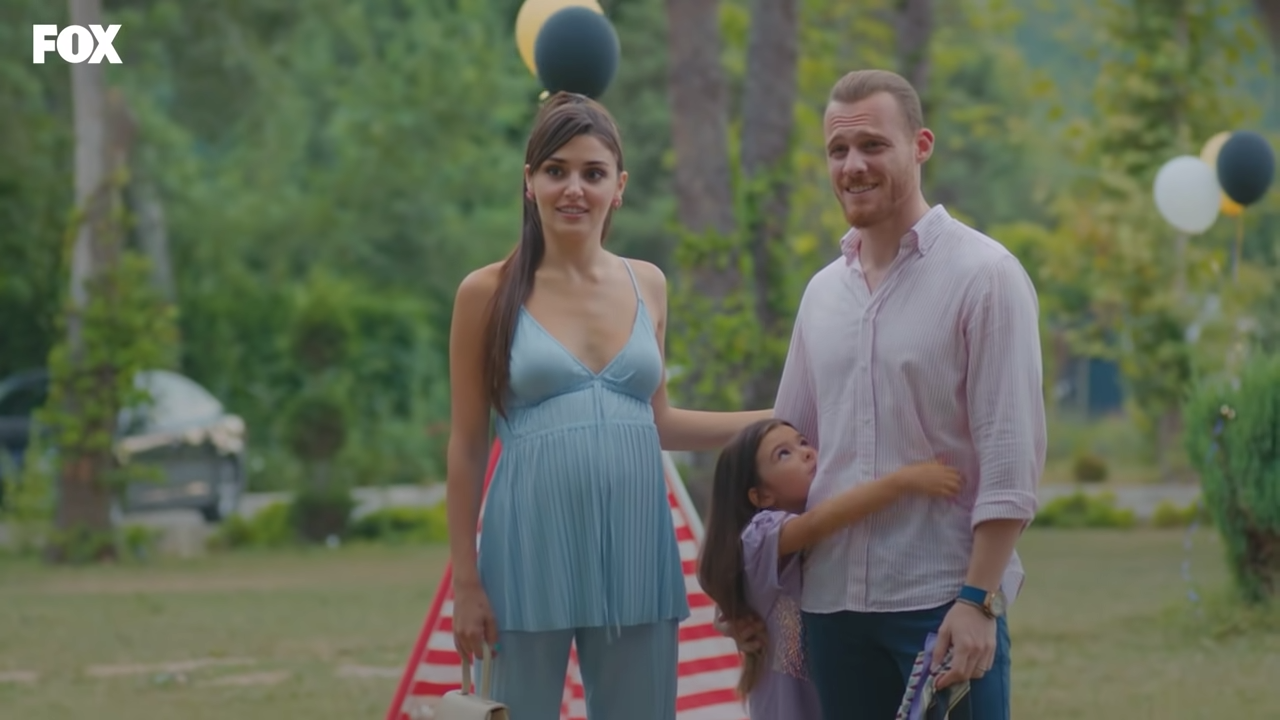 Try to understand men. If you understand each other you will be kind to each other. Knowing a man well never leads to hate and almost always leads to love.John Steinbeck