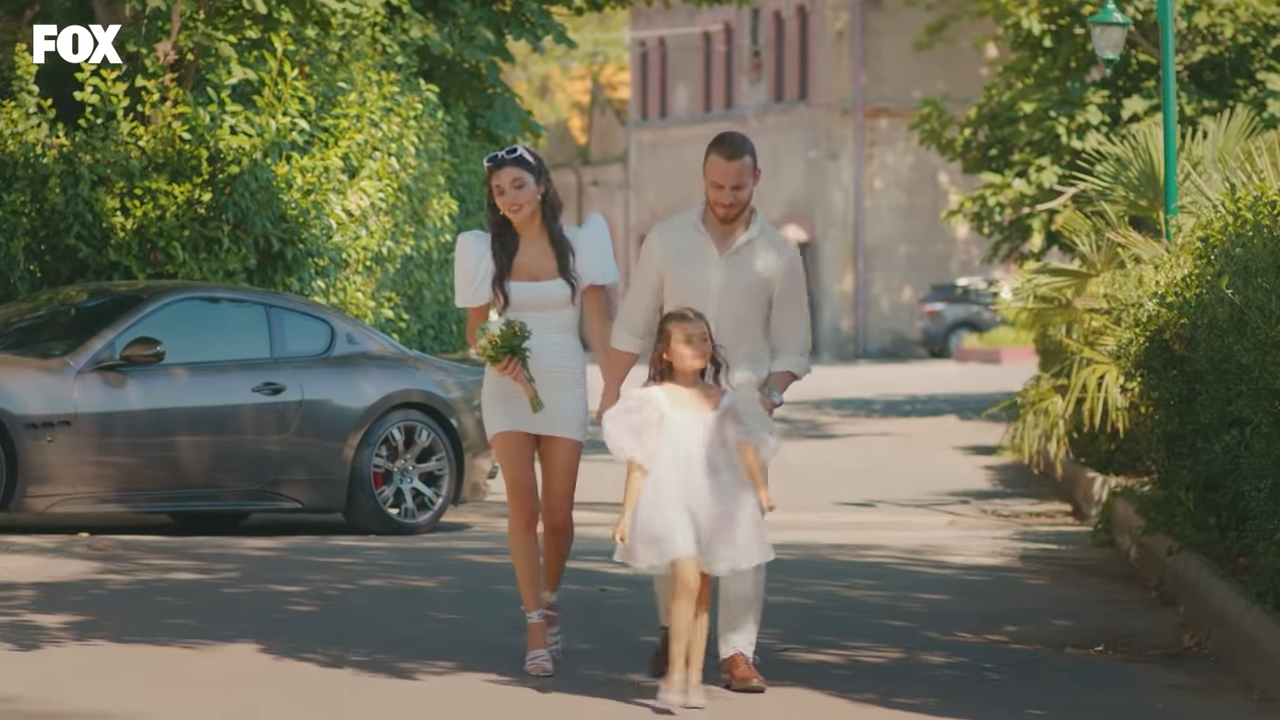 You may not be her first, her last, or her only. She loved before she may love again. But if she loves you now, what else matters? She's not perfect—you aren't either, and the two of you may never be perfect together but if she can make you laugh, cause you to think twice, and admit to being human and making mistakes, hold onto her and give her the most you can. She may not be thinking about you every second of the day, but she will give you a part of her that she knows you can break—her heart. So don't hurt her, don't change her, don't analyze, and don't expect more than she can give. Smile when she makes you happy, let her know when she makes you mad, and miss her when she's not there.Bob Marley

That’s not to take away from how Serkan proposed to Eda this week and the sweet things that he said to her, but I think it’s understandable if the audience is a little over it. The one incredibly smart thing that Serkan did was have the wedding ready to go the minute she said yes. No fooling around this time. And because that’s the case and from the fragman, we see that they do get married in 48, it means that we are going to get 5 episodes of them as a married couple. Glory hallelujah.

Season two has allowed for the original creator of SÇK, Ayşe Üner Kutlu to have ample time to wrap up her story and give us her vision of the happily ever after for Eda and Serkan and she has thankfully chosen to not draw out their reconciliation to the very last episode and I will forever be grateful for that. I know that the premise that romcoms thrive on conflict is a solid one but after dozens of episodes and, at this point, more than a hundred hours of television we deserve to spend a good chunk of time with our lovers as a happy couple.

I did love the comedy of Serkan waking up before Eda and removing anything she might throw at him from the bedroom and then crawling back in bed with her. He is unsure if she will be happy with having spent the night with him, but she is and she also seems content with her decision to try again with him. She has dismissed her fears by sharing them with him and his words and his actions have convinced her that all the barriers and problems of the past are well and truly gone or resolved. This is a big step that, honestly, didn’t get enough screen time this episode, ama neyse. But he asks her if they are now together and she says yes so being Serkan the first thing he wants to do is tell everyone else. This was a nice call back to episode 27 when he couldn’t contain himself and told everyone that they were engaged. He’s so happy. They then head outside because Serkan has a surprise, he’s bought them all little electric cars, I assume to keep proving to her that he isn’t all about work anymore.

The proposal was beautiful but would have been more impactful if it had been the first or even the second. However, Serkan adds some beautiful touches by having a few clues for Eda before they get to the proposal.

He has a message on the back of a truck “Ey Yolcu Bu Yolun Sonunda Aşk Var” (O Traveler, there is love at the end of this road), a sign saying“Benimle Evlenir Misin Peri kiz” (Will you marry me, Fairy girl?), and a guy with balloons with their initials, but he pretends not to see them. And then with both of them dressed in white, he gets down on one knee and proposes. His speech is beautiful and he tells her that she is the most beautiful woman in the world, she owns his heart and soul and asks her to marry him. She is shocked and doesn’t answer until he says that if she doesn’t say yes he will have a heart attack.

Never love anyone who treats you like you're ordinary.Oscar Wilde

She, of course, does say yes, and low and behold their loved ones are all there and the wedding is all ready to go. Very smart Serkan. We might have hoped for a few more conversations before they tie the knot but it’s possible that they are still to come. Marriage doesn’t mean that everything is hunky-dory forever.

Serkan is understandably thrown by the news that Kemal is his father. He doesn’t want to deal with the news and actively pretends like it’s not happening and is cold to Kemal. This is classic Serkan coping mechanisms, remember how mean he was to Eda in episode three when he realized that he liked her? Same here, he’s frosty and dismissive until he can get his brain wrapped around this idea. He seems to have come around at least a bit as he included Kemal in the proposal ruse for Eda.

Aydan is being held accountable for her actions. Serkan is not only angry about her lying about having a relationship with Kemal for five years but also her manipulations for all these years. We will see how long this lasts. Aydan has also changed her tune when it comes to Eda now that she has to walk a mile in Eda’s shoes.

I’m still loving the parental foursome of Serkan, Eda, Piril, and Engin. Piril and Serkan both being overly concerned about their kids starting school and reinforcing each other’s freakouts was funny. Serkan blaming Can for Kiraz locking them in the bathroom was so good and typical of a father who thinks his daughter can do no wrong.

Kerem Bürsin and the kid actors are so fun to watch together. Kerem and Ahmet (Can) were so funny in the school scenes, Can doesn’t take any crap from Serkan. And of course, Kerem and Maya have bonded and their on-screen relationship is really special. Also, Kemal has been accepted by Kiraz as her grandfather immediately and she tries her best to get Serkan and Kemal together. Kiraz is discovering all this family she didn’t know she had and it’s very sweet how she embraces everyone without holding back.

Eda and Serkan each apologized and gained forgiveness for the past. I think this was important to verbalize, and I appreciated that they both admitted their wrongs. They are not perfect people and it was gratifying to see them both get the forgiveness they needed.

Not on board for the Melo/Burak relationship. I can’t say enough that Melo is a fantastic character who has actively been looking for her one true love for the entirety of the series. I will be upset if she is made to settle for the guy who was in love with her best friend first. Not that it can’t happen in real life but in the fictional SÇK universe I would have preferred for her to find a man who loved her and only her.

Don’t care about the Kerem and Pina romance at this point. They are fine but with so few episodes left I would rather spend the time with our main characters.

We are drawing close to the end of Sen Çal Kapimi and are both fortunate and cursed with having five more episodes to go. There is still room for some beautiful, romantic, and heartwarming scenes but also room for some çok saçma scenes. We can only hope to have more of the former than the latter. I am so pleased that the reconciliation of Serkan and Eda has taken place at the beginning of these last five episodes and we will not have to wait until the last episode (looking at you Erkenci Kuş).

To love at all is to be vulnerable. Love anything and your heart will be wrung and possibly broken. If you want to make sure of keeping it intact you must give it to no one, not even an animal. Wrap it carefully round with hobbies and little luxuries; avoid all entanglements. Lock it up safe in the casket or coffin of your selfishness. But in that casket, safe, dark, motionless, airless, it will change. It will not be broken; it will become unbreakable, impenetrable, irredeemable. To love is to be vulnerable.C.S. Lewis