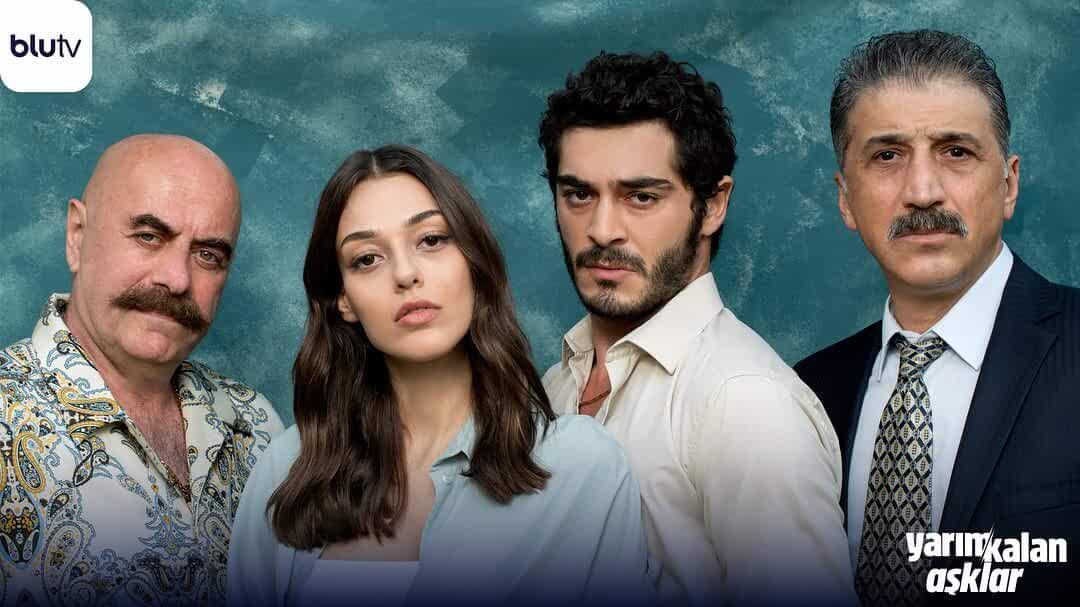 What if justice is actually a sneaky clown after all? Life happens but, what if justice also happens? What if we start to see reality from confusion’s perspective? BluTv’s Yarım Kalan Aşklar (Tims & B Productions) takes some of society’s and humankind’s vilest impulses and throws a pie right in their faces. Just four minutes into the first episode, Ozan (Tolga Sarıtaş) states, “Photographs [visuals], my love, sometimes they keep a lot of secrets.” In the next four minutes, you and I, together with Ozan wake up to the fact that we all are each other’s visuals. If there’s one word that captures accurately this genre-bending thriller drama dressed in dark comedy, it is clever. And if this short series were to give itself a tagline, it should be “No Realizations Intended” because its plot numbs your conscience with its structuring and sardonic humour before it slashes your soul with its nuanced themes and mordant wit.

A man of values and strength of character, Ozan (Tolga Sarıtaş) always followed his gut instincts and stood for the truth, no matter the cost. His journalist girlfriend Elif (Dilan Çiçek Deniz) shares the same spirit.

An idealist journalist who is known for his black-eyed journalism, Ozan was chasing a piece of mysterious and difficult news when he gets hit by a truck and dies…only to attend his own funeral the next day, as the same Ozan but trapped in the body of Kadir Bilmez (Burak Deniz) a stinking (even literally!), corrupt, criminal police chief who lives and does every filthy deed Ozan detests.

Ozan died as a simple, straight-forward man and rose up as a money-launderer, boozer, drug addict, womanizer, and corrupt criminal. Yes, justice just decided to play 4D chess by putting a diligent soul into a criminal’s body to dig out some buried truths. The moment Ozan wakes up in the body of Kadir, this thriller drama to wakes up in the frame of dark comedy and we are awakened to a sudden split in our perspective. Intriguingly, the viewer concomitantly starts seeing the rest of the story from Ozan’s and one’s own eyes. We start to feel the confusion Ozan feels when he is thrown into circumstances with Kadir’s appearance. Flung into a mockery of appearances and judgments, we feel sour despair and absolutely speechless that we can do nothing but laugh!

Ozan’s soul has three challenging tasks: find out who killed him, tell Elif the ridiculous truth, and most importantly, not to get caught for the crimes of Kadir. But the Ozan in Kadir’s body has many tangled amusingly risky tasks from paying huge alimony to his ex-wife to not get killed by his mafia dealers to figuring out who all he slept with or had an affair with! Each person and situation is miserable but we end up laughing at the absurdity exposing our own and our society’s hypocrisy. The writers have meticulously packed varied subjects like murder, violence, death, political corruption, human sexuality, poverty, disease, and class and sexual stereotypes within a larger theme of crime and justice.

Director Umur Turagay seems to have weaved the entire series around the words dark and black.  Every major incident that turns the plot of this dark comedy thriller happens at night or in the dark; the case of investigation keeps leading the journalists to blind people and any progression towards truth is blocked by black money. Every frame and character is cleverly designed and directed to surprise us consistently and effectively. The cinematographer has executed unpretentiously the vision of the director by choosing camera angles and shots that create the effect of us watching certain specific scenes as Ozan’s soul with Kadir’s eyes. Certain other frames in specific scenes add to the dark comedy factor.

The biggest breakthrough this series has given is to its lead actor Burak Deniz who has surpassed our expectations by demonstrating his range and versatility as a performer. Ozan in Kadir’s body is a character that, if not mindfully played, can easily seem like a creepy cartoon. But Burak’s body language and facial expressions display convincingly and innovatively the fidgety confusion and constant walking-on-eggshells mindset of Ozan in Kadir’s body. Burak’s detailing of how Kadir’s body language changes as Ozan’s soul and Kadir's body unite in Kadir’s mind is commendable. The gradual comfort Ozan feels with Kadir's body and in his dealings with other characters, especially Elif (Dilan Çiçek Deniz), Ada (Zeynep Nas Kasap), and Ece (Gizem Ünsal) is layered and emotive. The fact that Burak portrays the nuances within the fine balance of dark thriller and dark comedy is a huge milestone in his growth as a performer. We get to see the real Kadir’s body language only in a small CCTV footage clip in the series so far. It would be smart and fascinating if the makers have more of the real Kadir’s character in store for us in the upcoming episodes. Here, his styling is pivotal in representing his gradual transformation from a shabby, stinking personality into a responsible human being.

Dilan Çiçek Deniz (Elif), the female lead, also delivers on point consistently by portraying a smart, strong-willed, independent journalist who is ready to bring justice to her murdered boyfriend. Her presence serves as a foundation on which the story and Ozan’s identity is anchored.

Actress Esra Rusan (Saadet) deserves a special shout-out for her portrayal of Kadir’s naggy wife Saadet. It is everything a performer should deliver in a dark comedy. Her dialogues, spontaneous voice modulations, effortless, and unique comic expressions, and eclectic body language make her character stand out from the rest. Gizem Ünsal (Ece) does a focused delivery of a risky character. Zeynep Nas Kasap (Ada) who plays Kadir’s daughter too has done notable work for her role and age.

So far, Yarım Kalan Aşklar has proved itself to be a first-rate, clever and absorbing series that has succeeded in holding our attention. We are yet to witness how the story will unfold itself, now that Kadir and Elif have found a strange factory that connects some scattered dots. The blind people are representative of us who are blind to the ingrained hypocrisy of our attitudes and beliefs. Yarım Kalan Aşklar amuses by presenting disgusting and unexpected facts and subject matters as it eventually opens our eyes to see our own ugly truths. This series makes us laugh until we realize that we are the actual laughing stock. 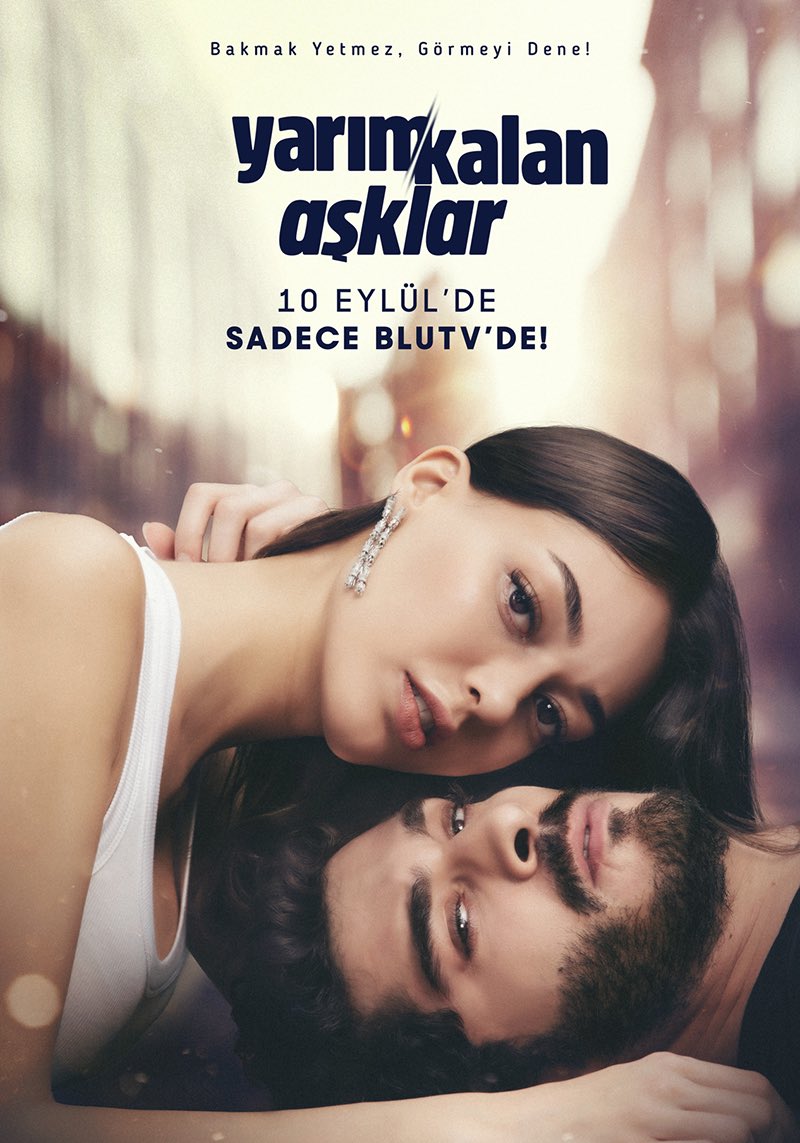