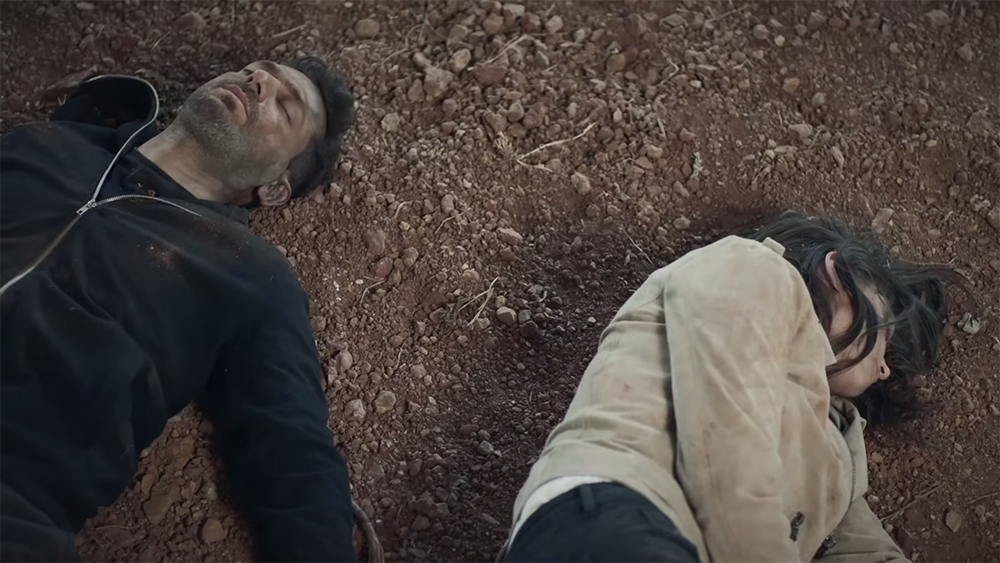 Following the slew of changes announced ahead of the premiere, "Expect The Unexpected" was the expectation going into the new season of Show TV's Ramo.

As a fan of the show's first season, it was a bit frightening going into the second season, upon learning that not only have many of the core actors departed but there's also been a change in location, director, and screenwriters.

However, minutes into the show's second season premiere, which aired Sept 18, it was clear that my fears were completely unfounded because the show did what it does best – DELIVER!

Before diving deeper in the review, here's a refresher on who is who:

[Spoilers Ahead. Proceed with Caution]

Last we saw of the action-packed crime drama, Neco (İlhan Şen) had just betrayed his sister, Sibel (Esra Bilgiç), leading her and Ramo (Murat Yıldırım), into a trap set for them by Süleyman, their grandfather. With the actor İlhan Şen's departure, it was curious how the story was going to resolve the pending betrayal. In an unexpected turn of events, the new screenwriters (Toprak Karaoğlu, Seda Karaoğlu, Birol Tezcan) managed to kill multiple birds with one stone, putting Neco and Süleyman's stories to bed with a single blast.

Surviving the aforementioned blast introduced a thrilling new arc for Ramo and Sibel's characters, which flowed right into the new season. There and then, we're introduced to one of the new additions to the cast, a character named Taner (Bora Cengiz), who evidently was responsible for the bomb blast. Taner, as we later find out, is the son of Cihangir, Ramo's arch-enemy from the first season. With the competition heating up in Adana, Taner was sent to Adana to put an end to Ramo and everyone in his trail.

"Every love ends in tears,"  Taner sang as maneuvered his way through the defenceless bodies of Sibel and Ramo.

Fortunately for Ramo, he had survived the blast but his survival soon came with a hefty cost – Sibel's freedom.

Fast forward to 3 months later. Ramo is in court facing the many charges levelled against him. His lawyer had called a key witness to the stand, none other than Ms. Sibel herself. To Ramo's greatest surprise, the woman he thought to be the love of his life, majestically took the stand in his honour, only to corroborate the charges laid against him.

"Ramadan Kaya killed my brother Neco and my grandfather Süleyman, Sibel muttered, looking stone-faced and seemingly out for Ramo blood.

As the camera weaved back-and-forth through Ramo's reactions to Sibel's words, the new director, M. Çağatay Tosun, showcased his signature style, leaving the viewer feeling as though Sibel had betrayed them as well.

The months that have passed since the last episode of Season 1 surely did not clog our memories of Sibel's love for Ramo. It was clear that the writers were cooking up something major, but in the meantime, Ramo had been sentenced to 30 years in prison.

For Ramo, Sibel's betrayal was incomprehensible. He was not wrong. Sibel did indeed have a reason for doing what she did, a good reason like saving his life, but she was not about to share it with him. Instead, she wanted a divorce – ASAP!

Momentarily flashing back to an earlier time, Esra Bilgic brilliantly brings her character, Sibel, to life, bruised but more charged up than ever to take on her enemies. Hovering over she and Ramo in the hospital bed where they lay was the face of all their new problems, namely Taner.

Ready to wrap up loose ends in Adana with the gun in his hand, Taner is soon interrupted by an awaken Sibel, who manages to bluff her way through saving hers and Ramo's lives.

"He is of no importance to me. Our relationship was never a real one", she said in a bid to convince Taner she was done with Ramo and was willing to work alongside him to destroy him.

Sibel's performance was surely a convincing one as in the subsequent scenes that followed, Ramo is shown struggling to get accustomed to his new life behind bars.

Sibel getting Ramo locked and breaking his heart in the process was a cruel but necessary evil to guarantee the real culprit behind what happened to her family, Cihangir Bey, spent the rest of his life in prison.

As we soon come to find out, Sibel was not alone in putting together this seemingly well-orchestrated plan. She had joined forces with police to put an end to Cihangir once and for all.

With long-game revenge on her mind, the strong, badass, intelligent Sibel we grew to love in Season 1 further amped up her antics this season, leaving no stones left unturned in her trail.

"Where do you see yourself in five years?" Taner questioned. "In your chair," Sibel responded fearlessly.

Three years have since gone by and operations up and running in Istanbul. Sibel had successfully infiltrated Cihangir's household, utilizing Taner's affection for her. Ramo, on the other hand, was hopeful he would be granted amnesty.

There was one tiny hitch in his plans, however. Having been convicted under the "terror" act, amnesty was off the table for him. Unable to sit ideally and watch his life pass him by even further, Ramo escapes from prison for a day with one goal in mind: Forcing the hand of his former "ally," Yavuz (Yiğit Özşener), one of the only people with the capacity to overturn his 'terror' sentence.

Ramo's threats worked because not only was he free, he now had more than the 24 hours he deemed enough to take down Cihangir and his network.

With one donned in white and the other in black, Sibel and Ramo's inevitable reunion significantly increased the tempo of the second half of the episode, and with the seamless use of an incredible musical score, anchored by fast-paced storytelling, viewers were kept on the edge of their seats.

Sibel, once again, was at the forefront of the events that amped the rest of the episode. In wanting to offload the burden of having to marry Taner, Sibel met up with Sebahat, Ramo's mother, detailing her plans one after the other without reservation. Sebahat was an easy outlet for Sibel as, you may recall, her memories come and go; meaning she wouldn't make it in time to tell Ramo. In a remarkably well-edited scene, Sibel is shown taking away Sebahat's pen, a resource Sebahat relies on to make notes that help her remember important things. Nevertheless, Sebahat persisted, and with the smart thinking on her part, Ramo was able to locate Sibel, though he was mere minutes too late, ending the episode on a high note.

With its trifecta of superb writing, directing, and acting, the first episode of the new season of Ramo did a fine job in convincing fans of the show that change isn't always a bad thing. In the case of Ramo, change brought about more cohesive storytelling, leaving viewers enthralled with how the story will unfold moving forward.

A brand new episode of Ramo airs on Friday, Sept 25 on Show TV!