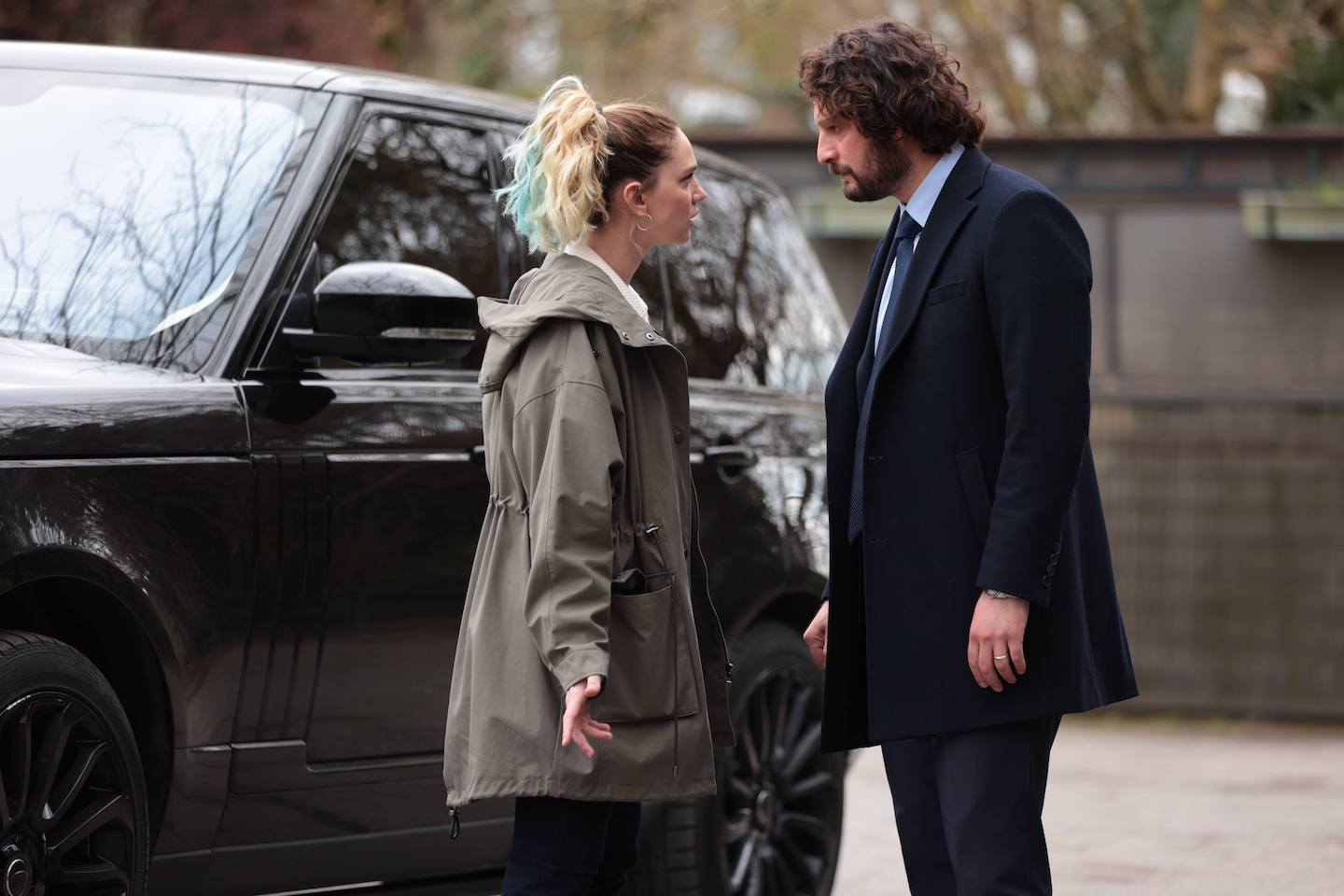 What a delightful episode! There was so much plot movement for all of the characters, including Bayram, with no filler scenes. Read on to learn about many of the details. Spoilers follow.

The seeds have been planted for a jealous Han. Sometimes, jealousy can be deliciously fun to watch (i.e., Serkan’s drain the pool scene in Sen Cal Kapimi and Can’s reaction to Sanem’s childhood school friend in Erkenci Kus). But, in this situation, I expect it will be more terrifying than funny and more concerning than cute. Han’s angry demeanor, while watching Inci interact with her new boss/co-worker from his car in the parking lot was scary. Even more troubling was how uncomfortable he was that Inci was working with ‘new’ people; he even forced Cuneyt to apologize and offer Esra and Inci their old jobs back, in a move that felt very dictatorial. While, some of Han’s controlling tendencies can be seen as helpful (i.e., finding Memduh Bey a teaching job and paying for Ege’s school fees), the concept of help and offering help to someone is not as simple as it initially seems; a desire to control, a fear of abandonment, an unhealthy emotional obsession, a desire for self-aggrandizement, all may be masked under the seemingly altruistic intention to help. 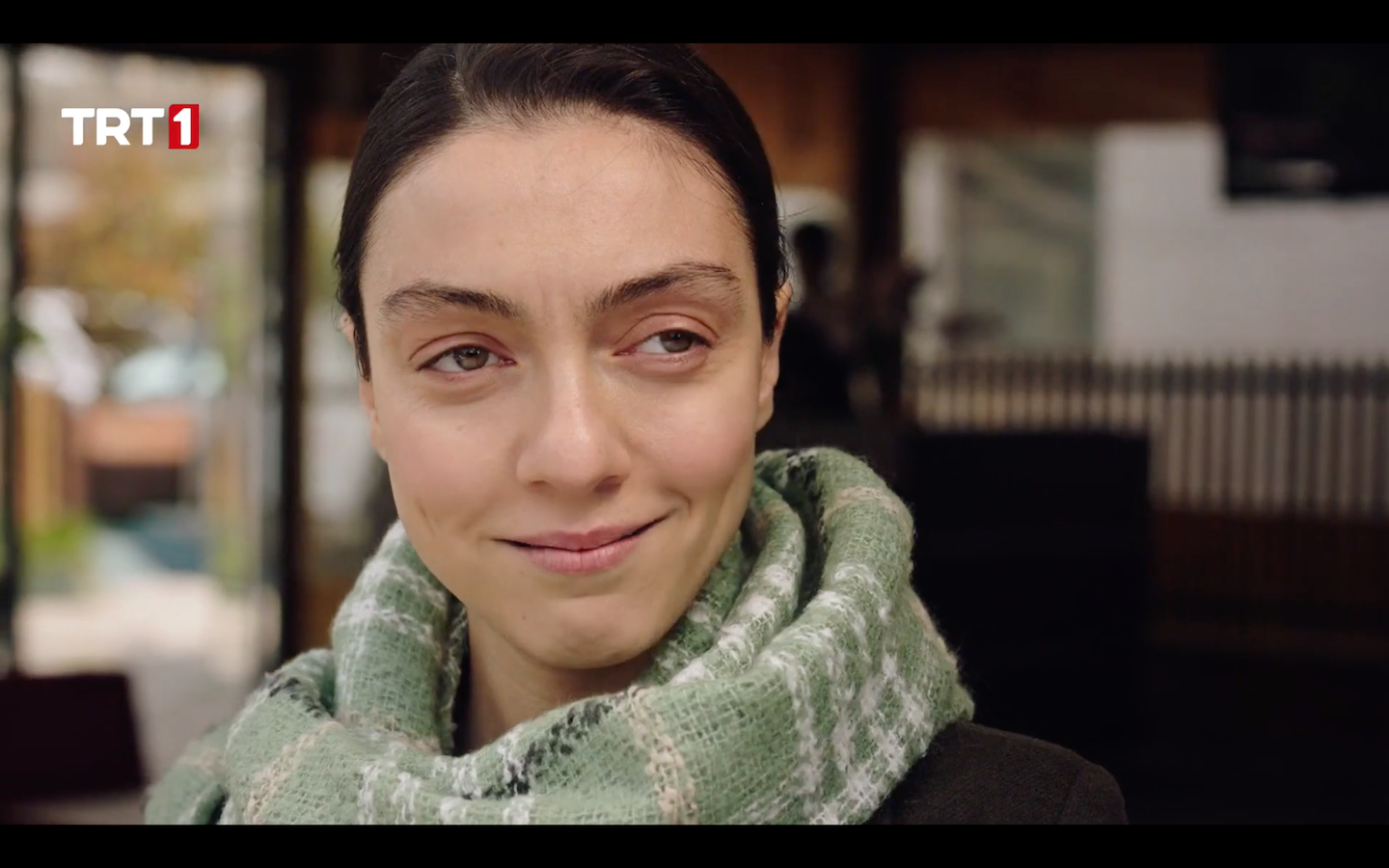 Picking up where they left off before Gulben’s accident on the steps, these two romantic hopefuls and ‘socializing friends’ had another meet up at the tea garden. Esat is clearly smitten, making Gulben, delightfully confused, so much so that she felt she had to physically hold her heart inside of her to contain her powerful reaction to him. This pairing is wonderfully quirky and fun! 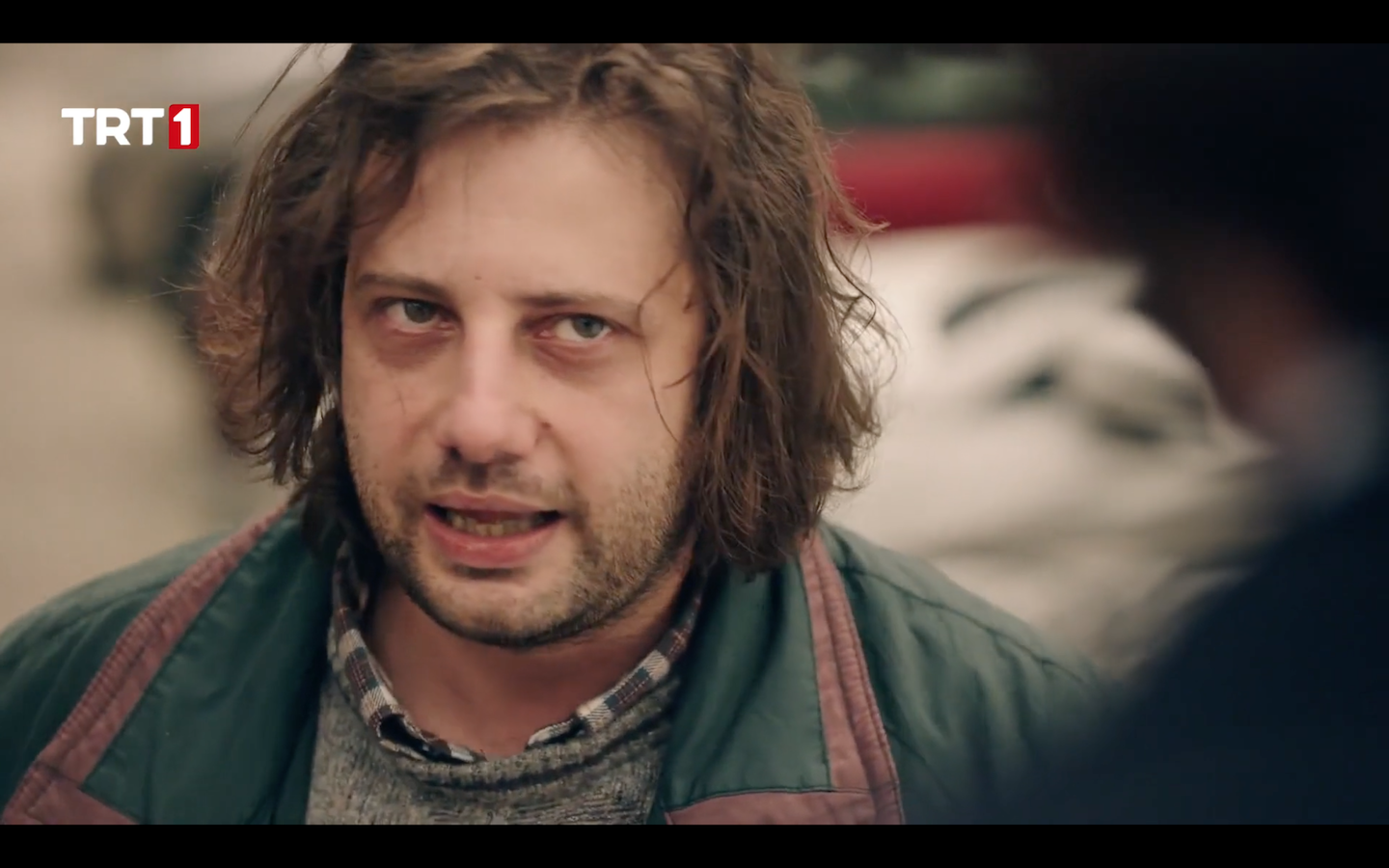 The ‘new patient’ that was introduced last episode, Anil, may suffer from some of the same underlying psychological conditions that Han suffers from. But, because of Han’s beauty and ‘grecian profile’ the depths of his condition are harder to fully analyze. Inci, too, was blinded by Han’s beauty, telling her old male colleague (and new boss/co-worker) that he will understand why she married Han when he sees him. On the other hand, Anil, who is, to put it gently, not conventionally beautiful, offers important insight into the full extent of Han’s mental state: his obsessions, his jealousies, etc. Providing a foil for Han’s character in this way was ingenious. Beauty and wealth can so often blind us when we assess others, but when these same traits are visible in an ‘ugly’ person, the truth behind the facade emerges. 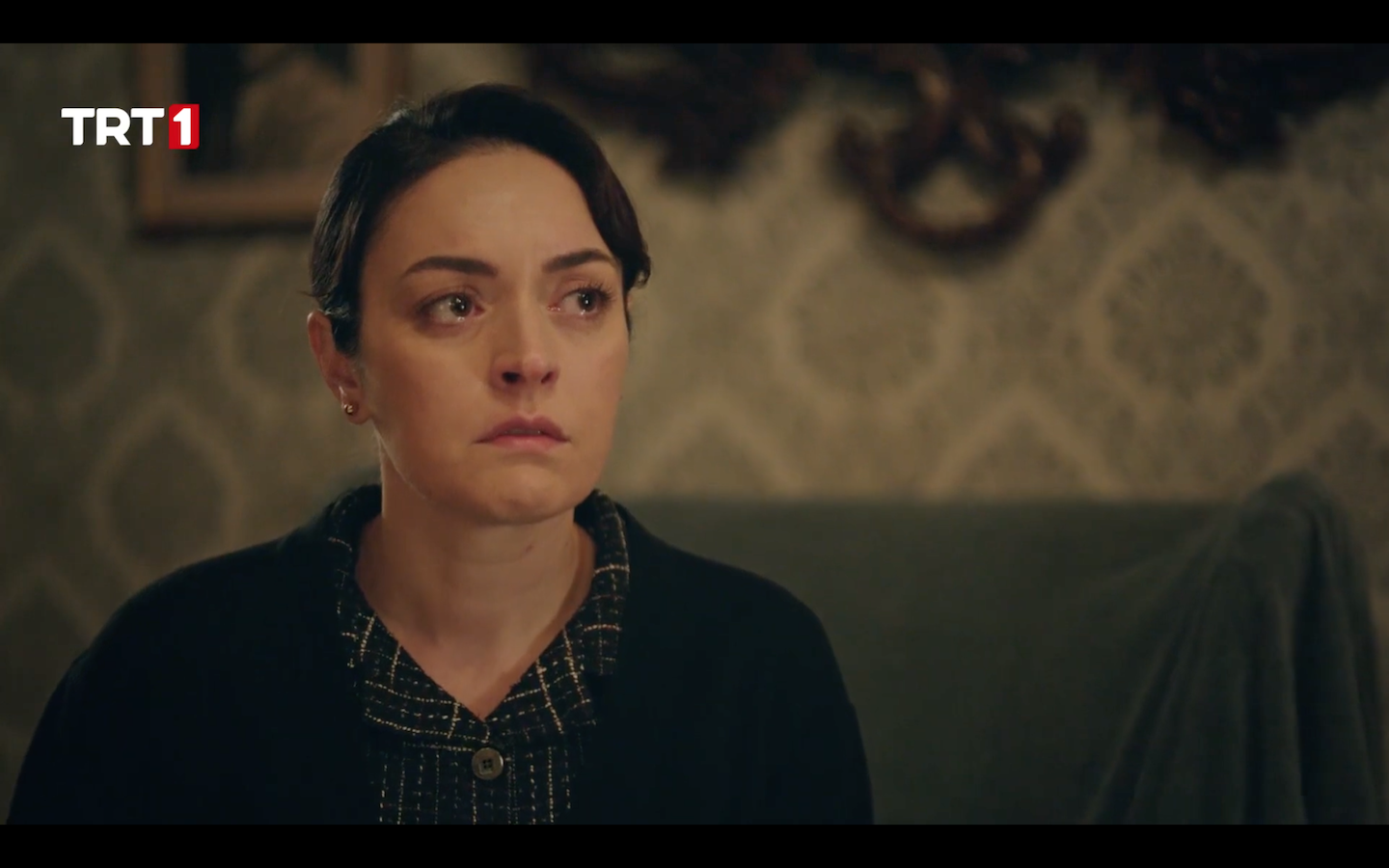 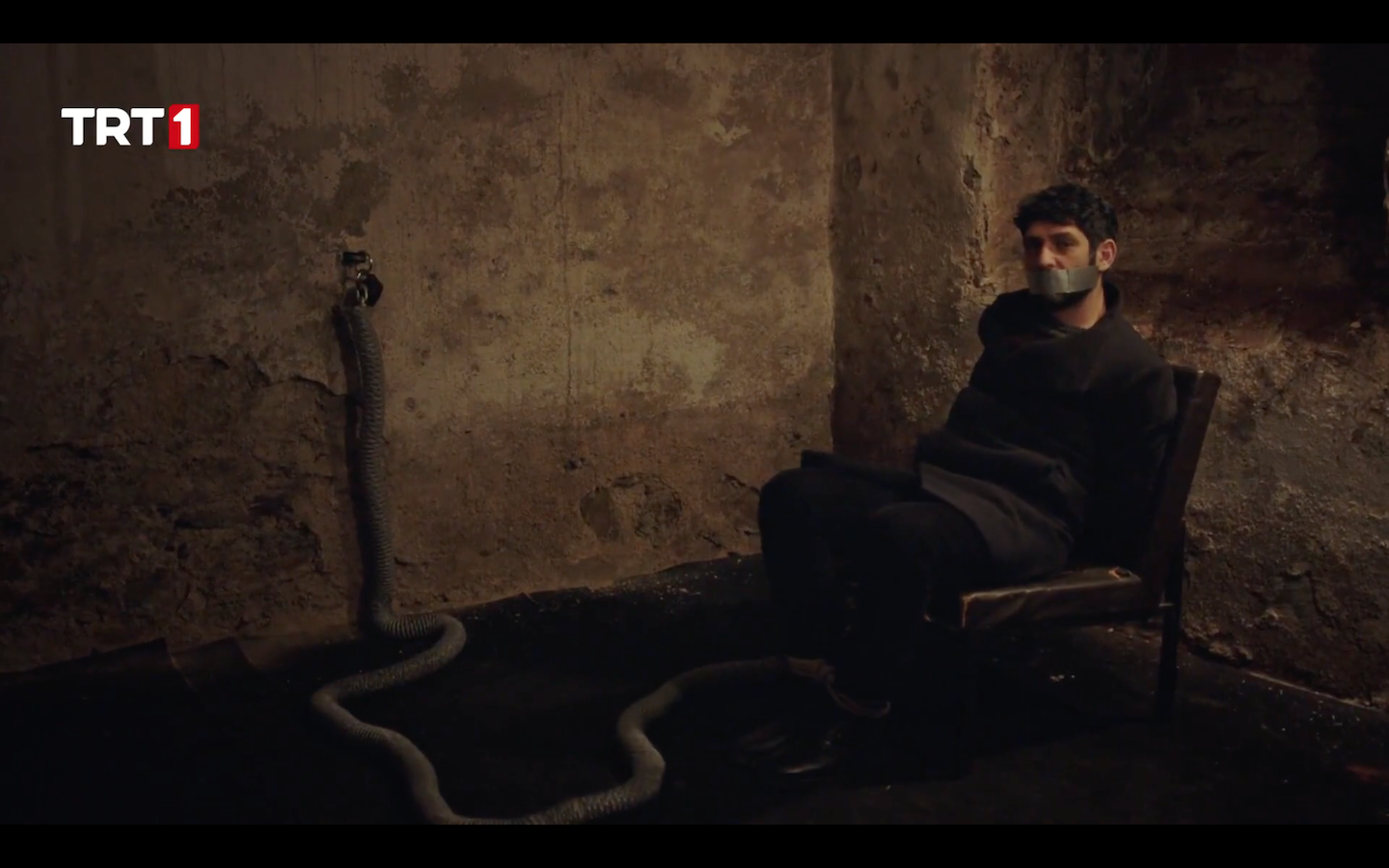 With Hikmet Bey’s dementia, Han is often cast in the role of both father and son, as Hikmet Bey’s mental faculties fade in and out of focus. Although initially agreeing with Safiye that the piano could not enter the household, after seeing his father’s dejected face and recalling how kind his father was to him when he was a child, Han rightly relented in another tender father-son scene. The song that Hikmet Bey played for his long lost Perihan brought tears to Safiye’s eyes as she recalled her own lost love, Naci, who was listening to the same song thinking of Safiye as well, deep in Han’s dungeon of doom.

Presumably imprisoning him before he could return to the train station to travel to Ankara, Naci was tied in chains and force fed vitamins in Han’s dungeon. Now, Han is keeping Naci in these conditions until he agrees to travel to America for treatment for his condition, which was deteriorating so rapidly that he felt he had to leave Safiye. Naci, for his part, refuses to seek treatment, threatening to tell Inci of Han’s actions. As this scene was playing out, I tried very hard to find the logic in Han’s reasoning before I realized: imprisoning someone in a dungeon is, by its very definition, an act that is absent of a sound mind, so it would be silly to try to find reason in his explanations. I expect that this dialogue was meant to show that Han was terrified that Safiye would be abandoned by Naci and put in a situation that he could not control, and that Han was acting as a protective older brother. Perhaps, the writers were trying to open the door to redemption for Han, but this is a tall order. So, while it was a valiant attempt, the dark side of Han has become more dominant, making his debonair facade more illusory. 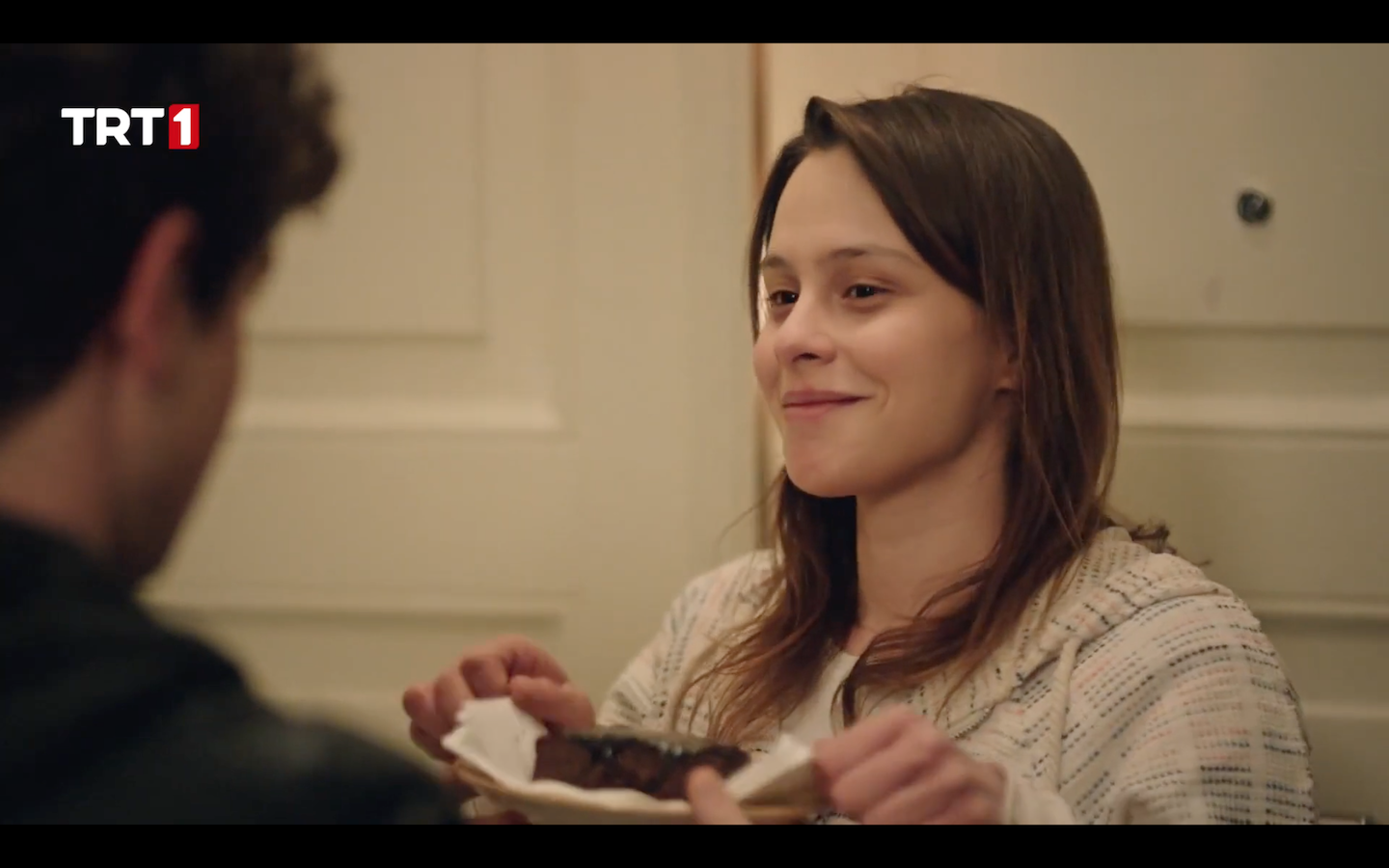 Determined to make-up and become friends again, Ege brings Neriman a chocolate brownie. This was a wonderful reminder of their initial meeting and a very sweet scene of reconciliation.

If the last ending had us at the edge of our seats, this one is equally gripping.

Bayram, angered at Gulben’s dismissal of him as a mere employee, not only fails to notice Anil’s entrance into the building, but also tells Han that Gulben had left the building to meet with Esat. Unfortunately, as Gulben hurriedly climbs the steps to return home, she was cornered by Anil, whose eyes have been fixated on her since he observed her at the window. Before the credits rolled, Gulben was sitting at the corner of the balcony on the terrace, crying in fear with Anil threatening to move closer to her. A true cliffhanger!