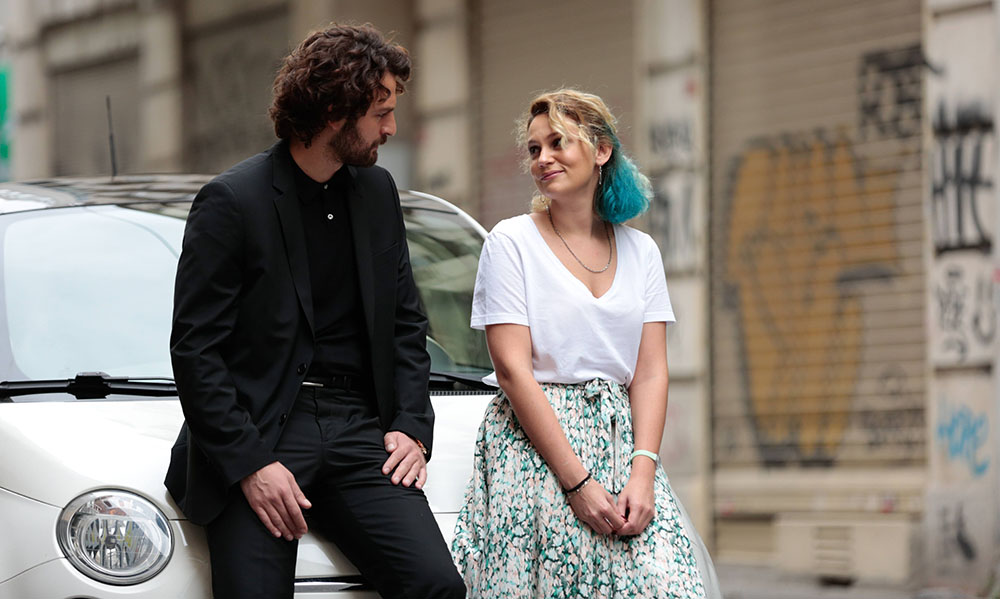 The following discussion contains spoilers from Episode 3 of Masumlar Apartmanti.

Disgraced in front of her grandfather and his sisters, Inci tells Han that she can’t see him: at first, for only two days, but after her grandfather gives her an ultimatum, forcing her to choose between him and Han, she tells Han that she and he can no longer be. They were over. Despite this, Esmat and Esra try to reunite them, resulting in a love confession on Inci’s radio station, a gentle dance, a charged declaration, and a powerful embrace, all of which push our tin soldier and his angel together once more, to see if their unity in marriage will allow their families to accept them. Unfortunately, while Han and Inci are trying to fight for their love, Uygar tells Memduh Bey of his two-year courtship with Inci, deepening a wound in Inci’s relationship with her grandfather that may not heal; and Safiye confronts her father, causing him to collapse into Neriman’s arms. The episode ends with Memduh Bey rushing up the stairway towards a frightened Safiye, standing outside her apartment suite, gently whispering her father’s name.

After waking up beside one another, long after first light, and checking to ensure that his sisters were not around, Han tries to escort Inci outside the apartment suite. As they walk towards the door, he teasingly tells her that ‘their second night together was better than their first’ wanting to keep her beside him for just one more moment. Unfortunately, however, morning had come and this dawn not only brought Memduh Bey to Han’s front door, but also revealed an outraged Safiye, whose verbal tirade swiftly pushes the distraught Inci and the stunned Han, apart. Realizing that two days without her, were unbearable, contemplating the idea of an eternity of monotony without her, was almost too much for Han to withstand. He desperately asks her: did you fight for us? Did you even try? Inci, exhausted by an intuitive understanding of defeat, explained to him what she knew to be true: her grandfather had already declared that they were not meant to be and his word, once spoken, would not change. And so, after acknowledging that the few days that she had spent with him were the best and most beautiful moments of her life, he watched her walk away.

Knowing the sorrow of lost love and wanting to spare her friend that pain, Esra cleverly invites Han to the same restaurant where she and Inci were dining. However, once he arrives, Han notices that Inci did not know that Esra had given him their location, and feeling deeply uncertain, but not wanting to miss an opportunity, perhaps for the last time, to see her, he and Esmat take their seats a few tables away. Though his gaze never strays from hers and her eyes continue to meet his, without inviting more, when Inci finds herself directly in front of him, with his hand moving slowly towards her waist in sync with Esmat’s song, as if spellbound, she lifts her hand to his shoulder - and they dance, enchanted by one another all over again. But, there is still no solution, no circumstance, which would allow them to be together. Frustrated and overwrought, she runs from him, from them, twice more.

The first time she runs, he can’t help but confess as he walks towards her, telling her that despite having only learned a few details about her over these three days, he wants to know everything ama her sey about her with such sizzling intensity that she bolts; the second time he catches up to her, she has nowhere left to go. The home that she was running towards and the grandfather, who she could not imagine her life without, were shattered by Uygar’s revelation, leaving her utterly devastated. Desperate to soothe her pain, but not having a ready solution at hand, Han does, what she had advised him to do - saril bana she had said - and so he does: enfolding her in a powerful embrace.

Memduh Bey spoke with such authority and conviction when telling Inci that leaving this building, leaving Han, was the right decision that a part of me wanted to shout: Ah Memduh Bey - ah, if only you would listen to Inci and see her, not her mother, before you. And, though it was not spoken in quite as stark of terms, Safiye gives Han a similar choice, telling him that she would only consent to treatment if he vowed to never see Inci again. In issuing these demands, it almost seems as though Memduh Bey and Safiye are asking for blind obedience from Inci and Han, perhaps as payment for the debt of protection, food and care that was bestowed upon them as children. The most troubling part about these edicts is not that they are overbearing, unfair and seemingly final (which they most certainly are), but that they are rooted in fear. Safiye is terrified of being alone, as Han rightly pointed out, and Memduh Bey, despite his bravado in front of Inci, is deeply afraid of losing his granddaughter, as he lost his daughter. If the fear were not so palpable, I wonder whether the opposition to their union and the desire to control their actions would be so pronounced.

Uygar is not only petulant, persistent, and selfish, but also manipulative. Telling Inci’s grandfather, the day after he showed up intoxicated at her apartment in the middle of the night that they were not colleagues, but in fact, were engaged in a two-year relationship and were contemplating marriage, was a rotten thing to do. The raw vulnerability and pain that Uygar expressed in the last episode inspires some empathy, but his actions in this bolum are difficult to defend. What’s worse, Inci’s boss refuses to accept her resignation, telling her that the entire enterprise will close if she leaves, suggesting that she would be responsible for not only putting her coworkers out of work, but also for irreparably ‘damaging’ Uygar. It seems that there may be a second, more devious agenda at play here, to keep Inci from leaving this office, which is troubling.

Han tries to explain the severity of his family’s circumstances to Esmat, but his friend laughs at the idea that soiled sheets and garbage are a cause for concern. This scene highlights the difficulty in defining and describing symptoms of an illness, particularly a mental health condition, which unlike a physical manifestation of a disease, such as a tumor, are not only challenging to treat, but also to identify. Moreover, the trouble with trying to speak your truth, particularly dark truths, is that if you try to seek help — but fail in accurately describing the problem or conveying the severity of the situation - as Han did, it can become all the more challenging to try once more; though, I do sincerely hope that he does try again. We also learned that Safiye was treated for a period of at least six months, it seems, although this treatment or those who were administering her care were not able to help her and seem to have only pushed her further into herself. Despite these difficult circumstances, I am hopeful that there is some light at the end of this tunnel and that these characters will be able to heal, even if not completely, just marginally, I very much want to see some positive changes. Perhaps, Safiye and Memduh Bey will find that they are allies of a sort in keeping Han from Inci and vice versa.

For all that he has done or perhaps all that he feels he has not done for Inci, Memduh Bey seems to have neglected Ege. Parenting is as much an art as it is a science, and it seems that Dedijim sheltered him, bathed him and fed him, but has failed to see the young boy who is terrified of abandonment before him. I am curious to see what Memduh Bey will do when he finds out that Ege has been kicked out of school.

Quickly escalating from the last episode’s brownies and roses, in this bolum, all three sisters struggle with whether or not to call an ambulance for their father. Safiye refuses to allow Gulben to call an ambulance because of the 'dirt' this phone call would invite into their home. Stuck in a desperate moment of indecision, Gulben calls Han, with both Safiye and Neriman in agreement, but Han’s phone has been left behind in the apartment and he is nowhere to be found. Inshallah, aid - in some form - will come to them, and their father will be okay.

All three songs were well utilized throughout this episode. The first was the most poignant, the second, the most festive, and the third, the most tender. The simplicity, modesty and elegance of the clothing and styling of all the characters, and the attention to detail, despite this being an almost three-hour long weekly production, deserves special mention. All in all, another wonderful episode.