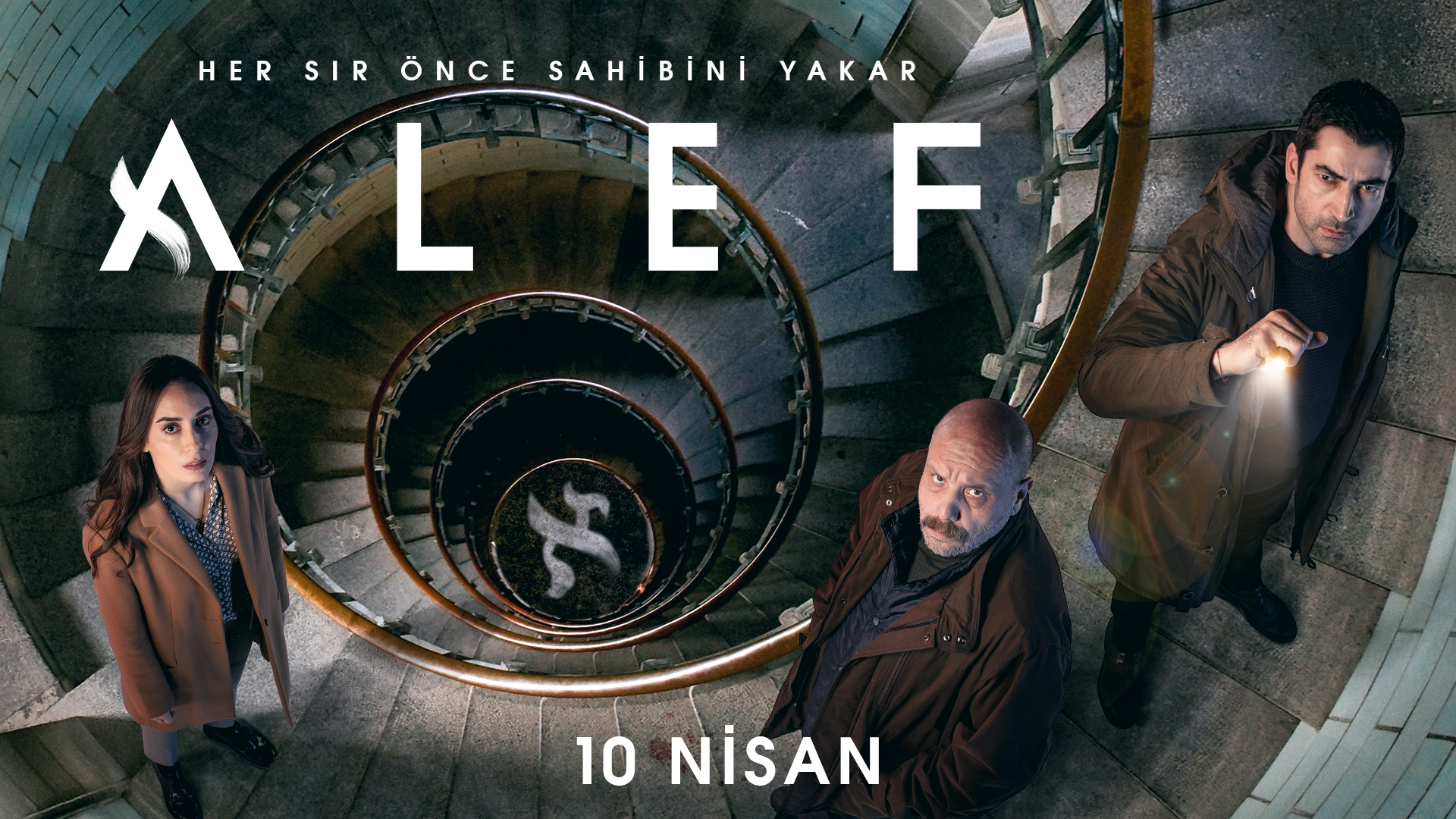 To say we're excited for this one would be an understatement.

Alef (Aleph), a co-production between FX Turkey and streaming provider BluTV, is set to debut on FX Turkey on April 10, 2020. The series is an eight-parter shot in Istanbul about two detectives investigating a spate of murders, beginning with the discovery of a dead body in the Bosphorus.

The crime-drama follows a young and ambitious police detective Kemal (Kenan Imirzalioglu) and his veteran, seen-it-all partner Settar (Ahmet Mumtaz Taylan) in their pursuit of a serial killer. Yasar (Melisa Sozen), a university lecturer, joins the duo in their search through history for secret cults and symbols. As the series progresses, the team will unveil a mystery that has remained a secret for centuries and the killer’s true intention is revealed. Set in the present-day, the story is elevated with Sufi elements and brings together a highly anticipated cast.

The series comes from MAY Production and stars Kenan İmirzalıoğlu, Ahmet Mumtaz Taylan and Melisa Sozen, with Emin Alper directing.

This is going to be a great series! The English-speaking fans of Kenan Imirzalioglu are wondering how it might be available for us. Can anyone help with that question?

It sure will be eventually :)