In Renaissance Italy, the title of "Maestro" was used to refer to very skilled individuals, who were universally admired for having achieved a superior mastery of their craft. "Maestro" is still employed today to address exceptional artists. Umut Aral, the lead Director of the first Netflix Turkish Original "The Protector," fully deserves the title. Still relatively young, he has already accumulated an impressive opus, and continues to break new ground for the film industry of his native Turkey. It was thus with deep gratitude that I sat down with him across two continents, an ocean and 9 hours time difference to talk about his exceptional work as a filmmaker on the eve of the release of the final season of "The Protector."

Our conversation lasted for over one hour, during which he answered all the questions I had sent him in advance, as well as many others that popped up during our interesting exchange. The resulting interview, which I encourage everyone to watch in its entirety, is full of rich details about "The Protector." In particular, it offers a unique insight into how the first Netflix Turkish Original came to life, how it successfully blended high international standards of TV production with the unique flavor of a Turkish tale, and how it strategically appealed to a broad variety of audiences from around the world. Maestro Aral was also generous enough to share previously unheard-of anecdotes from the set, as well as his personal experience of working with one of Turkey's most successful actors: Çağatay Ulusoy.

At no time during our conversation did Maestro Aral's answers sound formulaic. His sharp intelligence and wit, his high-level of professionalism, his child-like enthusiasm for his craft, and his joy for sharing the fruits of his hard work with interested fans from around the world came across loud and clear -- even through the extremely socially distanced Zoom meeting medium. Once the interview was over, I was left with the unmistakable feeling that "The Protector" does in fact feature not one, but two superheroes: the fictional one before the camera, and the very real one behind it. 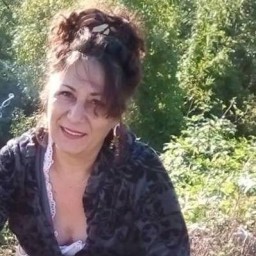 Thank you very much, Paola Cesarini,great interview! Thanks to the director Umut Aral,for this interesting interview! I am a fan of the amazing #ÇağatayUlusoy... that I love enormously and which I have been following in all his projects for 6 years! It was an extremely interesting interview, which revealed some of the work and challenge of everything that meant The Protector and the work of the actors! #TheProtector, evolved from one season to another, creating its this hero and protector(Hakan and Harun interpreted by Çağatay Ulusoy) of Istanbul over time! Director Umut Aral explained so beautifully and interestingly how was create and how was evolve the Protector of Istanbul and I can say that I had exactly the same feelings during watching all the seasons! I also read Karakalem by İpek Gökdel's novel, "Karakalem ve Bir Delikanlının Tuhaf Hikayesi" (A Strange Story of Charcoal and a Young Man). This book was published in 2016 and written by Ipek Gökdel and even if there are differences in script, the idea itself is present throughout the series! It was a pleasure to watch this series and I am glad that it was internationally successful, including in Romania, the country where I live, it was at every launch in the top 10 and this is also due to Çağatay fans in my country! Greetings from Romania! Good luck in your life and career,Umut Aral and to my favorite actor,Çağatay Ulusoy!