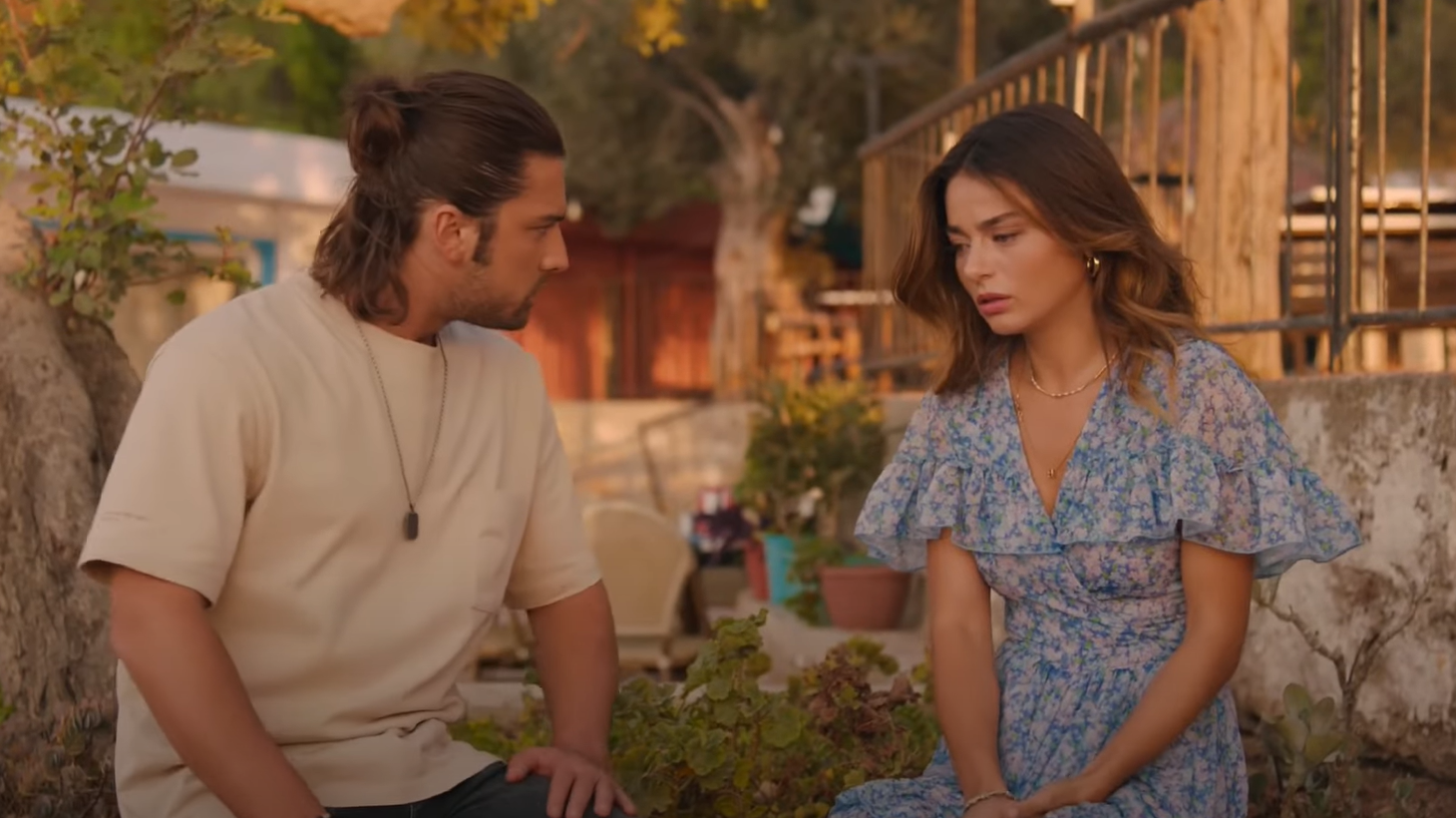 Haziran and Poyraz’s plan to get married is interrupted by Zeynep and Ms. Aliye.  While arguing, both ladies faint and are rushed to the hospital thus causing the ceremony to be canceled.  As they recover, they blame Poyraz and Haziran’s relationship as the cause of their health problems.  While their families claim to have their best interest at heart, Haziran and Poyraz are miserable because they can’t be together.

Poyraz and Haziran decide to get their respective families to accept their love, so they put a new plan into motion.  Poyraz seeks help from Selma and Gorkem but Nehir ultimately suggests he do something for Zeynep that will make bring attention to her as a designer.  It gives him the idea of doing a photo session with Zeynep to give her the opportunity to model some of her designs and publish them in his friend’s magazine.  Meanwhile, Haziran seeks Sadik to help her with Ms. Aliye.  He suggests competing with her at something that she does very well, like baking.  Haziran decides to get Ms. Aliye’s recipe for a dessert that she’s famous for and bake it for her to gain her love.

The following day, Poyraz arrives at the photoshoot surprising Zeynep who is unaware that he will be her photographer.  Upset at first, Zeynep ultimately allows him to take her photos because it will benefit her interests.    At the same time, Haziran takes the pie she baked all night to Ms. Aliye and finds her having brunch with other ladies from the island.  To convince her that she’s a suitable partner for Poyraz, Haziran takes care of the ladies and lastly surprises Ms. Aliye with a piece of the pie.  Unfortunately, Ms. Aliye is not impressed causing her to leave upset.  Later, Poyraz finds Haziran upset at the hotel who tells him that she tried to make Ms. Aliye love her with no success.  Poyraz confesses what he did for Zeynep not knowing if it was enough to gain her appreciation.  As they console each other, Haziran receives a message from Ms. Aliye asking her to meet with her at her house.  When she arrives, Ms. Aliye tells her that she knows that she’s attempting to gain her love but it didn’t work.  She says she hasn't lived on the island long enough to know how hard it is and begs Haziran to leave Poyraz claiming that they are not suited for each other.

While Haziran is away, Zeynep arrives at the hotel to speak with Poyraz.  She appreciates what he did for her with the photoshoot that made her feel beautiful again.  She says that he needs to get to know Haziran better and confesses that although Haziran has changed a lot recently, she has always dreamt of living abroad and having a career.  Zeynep pleads with Poyraz to leave Haziran, claiming that they are not suited for each other and won’t have a good future if they stay together.

Batu’s abusive father finds him and pays him a visit at Idil’s house.  He takes him by force, so Idil asks Poyraz to help her save him.  Poyraz successfully helps Batu get away from his father but not before he threatens Batu that he will regret not leaving with him.  Idil takes Batu back to her house where he slowly begins to realize that he likes her, so he comes up with a plan to declare his feelings for her.  However, his plans are ruined when she confesses that she’s still in love with Poyraz and needs time to get over it.  She walks away before she sees his surprise for her… he had her name written in lights.

Biricik gets revenge on Melissa by taking away her bakery.  When Alper finds out, he confronts Biricik and asks her if she is truly in love with him since they haven’t been together long.  After Melissa tells Biricik that she won because Alper chose her, she seeks him out and finds him drinking alone at his restaurant.  Miserable, he tells her that he has always been in love with Melissa, but he refused to listen to his feelings.  He admits that he did love her too, but his feelings for Melissa came rushing back knowing that he has hurt both ladies.

Later, Haziran and Poyraz meet after realizing that they can no longer continue their relationship without causing their family pain which they can’t abandon.  They force each other to break up even though they continue to love each other immensely.

I think Ms. Aliye and Zeynep faked their fainting during the wedding to stop it, which worked.

I think the storyline with Alper being in love with Melissa but trying to get with Biricik is silly.  I sympathize with Biricik’s heartache, but I don’t know if she is truly in love with Alper.  I feel that she deserved to get revenge because Alper and Melissa deceived her, but does she intend on staying on the island to run a business?  She never really had to work in her life and now she’s going to run a café?  I find it hard to believe.

I think Poyraz defeating Batu’s mafia father was unrealistic.  They all had guns but yet Poyraz managed to get Batu away from them?  I’m sure we will be seeing his father again in the future and I’m sure he will cause havoc.  I did get sad for Batu when he told his father that he prefers to stay on the island with people who hate him than to return with him.

Zeynep and Ms. Aliye are being extremely unfair to Poyraz and Haziran by forbidding them to be together.  They accuse them of not being suited for each other, but why can’t they just allow them to be together and let them figure it out themselves?  They need to let them live their lives.  I suspect there is another reason why Zeynep and Ms. Aliye don’t want them together.  Could it have to do with Poyraz’s mother or perhaps a family secret forcing them to break them up?  I don’t think the two ladies are evil enough to want to break them up just because they hate each other – or are they?

Last, major props to Ayça Ayşin Turan and Alp Navruz.  The breakup scene at the end was a prime example of their superb acting skills.  They killed it portraying a devastated couple who must leave each other for the sake of their families.  They made the audience feel their pain and heartache with every word and gesture.  Bravo!  The scenery was perfect, as always, as the storm provided a somber background while they kissed for the last time.  I especially loved the music they chose for their breakup – it took the scene to another level by adding more emotions to the already sad scene.  I can’t wait to see if Haziran will finally decide to leave the island to distance herself from Poyraz.  And if she leaves, will Poyraz be able to live without the love of his life?