I’m subtitling this review Creative Writing 101: What NOT to do in a story

So, we had an episode this week, although it was more a series of scenes strung together rather than an actual episode. It felt like the writers were each told ‘go write an Eda and Serkan scene and we will figure out how to fit them all together later!’ So, what we got were a few scenes with our main couple that really had no relation to one another and a ton of filler with our secondary characters. Again this week I think Serkan and Eda spent about 25 minutes together in total out of a 128-minute episode. And the scenes we did get were not particularly good. It was also the 4th episode in a row that had pretty much exactly the same plot points. Serkan doesn’t remember, Eda is despairing, Selin is terrible, Melo and Ferit are awesome, and Ceren has gone off the rails. There is nothing much new here in episode 33.

There are specific rules/guidelines that are generally followed when writing a story. Have characters that the audience likes (these usually include the protagonists), keep the action moving, don’t be repetitive, and be clear in your intent in scenes. So, much of what’s happening in Sen Çal Kapimi these days are breaking all the rules.

Serkan has become an unlikeable character. It’s been 5 episodes of amnesia and we could expect him to be coming out of the robot phase but he isn’t. He’s mean and unkind to Eda, still insisting that he’s going to marry Selin even though he doesn’t love her and doesn’t rely on her anymore. They are not living together and when she does show up he gets her out the door quickly, so we no longer have the excuse that he needs her for his mental balance. He’s dismissive of Eda and anything to do with their previous love, he mocks the physical manifestation of their romance, the cup, the terrarium, and those are just the ones this week. He interrogates her about her feelings, insisting that he sees love in her eyes. What the heck is that about? He’s going to marry Selin but wants confirmation that Eda still loves him? And when she gets teary-eyed he doesn’t back off or try and comfort her. I don’t understand what they are trying to convey with this scene. It makes Serkan look callous and insensitive.

He also is embarrassing Eda at every turn by kissing Selin, giving her 5% of his shares in front of Eda, and taking Selin’s side in every argument. I do not like this incarnation of Serkan, he’s mean and unfeeling and if he’s supposed to be falling in love with Eda again I have yet to see him act like it. He tells Engin that he likes her scent and it seems familiar and that he’s thinking about her. All of us have flashes of memory about people we used to be with, doesn’t mean we still love them or want to get back together with them. It isn’t good when the audience can’t root for the romance pair anymore in a romantic comedy.

The other scenes they had together were not any clearer nor did they move the plot along at all. We get a Fast and the Furious driving scene, out of nowhere and nonsensically after a weird cut from the previous night in the hut. When did Eda get a new car? Did they just happen to pull up next to each other on their way to work even though they live in different parts of town? While this scene was cute, it made no sense.

Then we get a You’ve Got Mail scene. Eda goes to the flower shop to make terrariums for orphans, ha, okay, and Serkan decides he needs to see her, for no particular reason. She tells him that he made her a terrarium in the past and he dismisses that idea as ridiculous like everything else she’s mentioned about their relationship. He helps her and smells her and Selin spies on them. And then Deniz shows up and it’s over and nothing new has come to light and he doesn’t treat her any differently or any better. I get that this is meant to show that he can’t stay away from her like he used to be, but you know what would be better? An actual conversation about their shared past, him breaking up with Selin because he knows he doesn’t actually love her, or even him telling her that he’s having a few memory flashes of her. Any of those things would be helpful to convey Serkan’s state of mind because currently, it’s a complete mystery.

Selin continues to be an awful human being. She feels she has a trump card now with the events of her birthday and even admits her goal is to play the victim to make Serkan feel bad, and it works. He gives her 5% of the company. She’s so smug to Eda and yet twice she follows him to see him with Eda after he lied to her about where he was going. She is just unable to see the writing on the wall and it seems unfathomable that she can’t see that Serkan doesn’t really love her and she won’t be happy in a marriage with him. Is it just about winning over Eda? Then what do you do for the rest of your life? This makes no sense. And were she and Deniz flirting with each other? What the heck is up with that?

As for the rest of the episode, we got five scenes of Piril having hormonal freak-outs. Five.

Aydan and Ayfer are convinced that they have actually killed Alex and go on the run until Seyfi turns them in. The spent at least 45 minutes on this storyline in this episode. They did have a great Thelma and Louise moment in Aydan mustang, this was the friendship I had always wanted to see, but it’s too little too late. Aydan at least reinforced to Serkan that it was Eda who helped her get out of the house and that he should appreciate her for that.

The last scene was obviously just a setup for next week, Ceren comes to talk to Serkan about something, but we don’t find out what it is. Serkan has set up and one on one dinner for him and Eda but we don’t know the reason why. I have very little confidence that this will lead to a proper conversation between them and I am 80% convinced that the kiss we saw at the end of the episode didn’t actually happen, it’s someone’s daydream.

Sen Çal Kapimi has lost its way, the story is repetitive, and to keep it going the writers/producers are dragging things out. This is the curse of a show that outlives its original premise. I don’t know if it can recover in any meaningful way, the cast is fantastic but they can only do so much with bad writing. So, having said that I will be continuing to watch but I don’t know if I will be doing any more reviews as there isn’t anything new to say about a show that is just going around in circles. I will watch next week and if we are still in the same place as we are now in the story this will be my last review until the finale when I will do a wrap-up of the series.

I feel the same - SCK has lost its way, the story is repetitive, and everything is dragged out. That's why I stopped watching it. I only read your reviews, that's all! Unfortunately, 2h for SCK became a waste of time for me. It's so sad because it was such a good series at the beginning. Sometimes less is more. It should have 28 episodes maximum. But I still love the cast. They all together make a fantastic team.

No more to add besides... hang on to this cast and your readers a little bit longer! We enjoy your accurate reviews!! PLEASE... 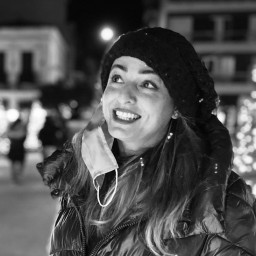