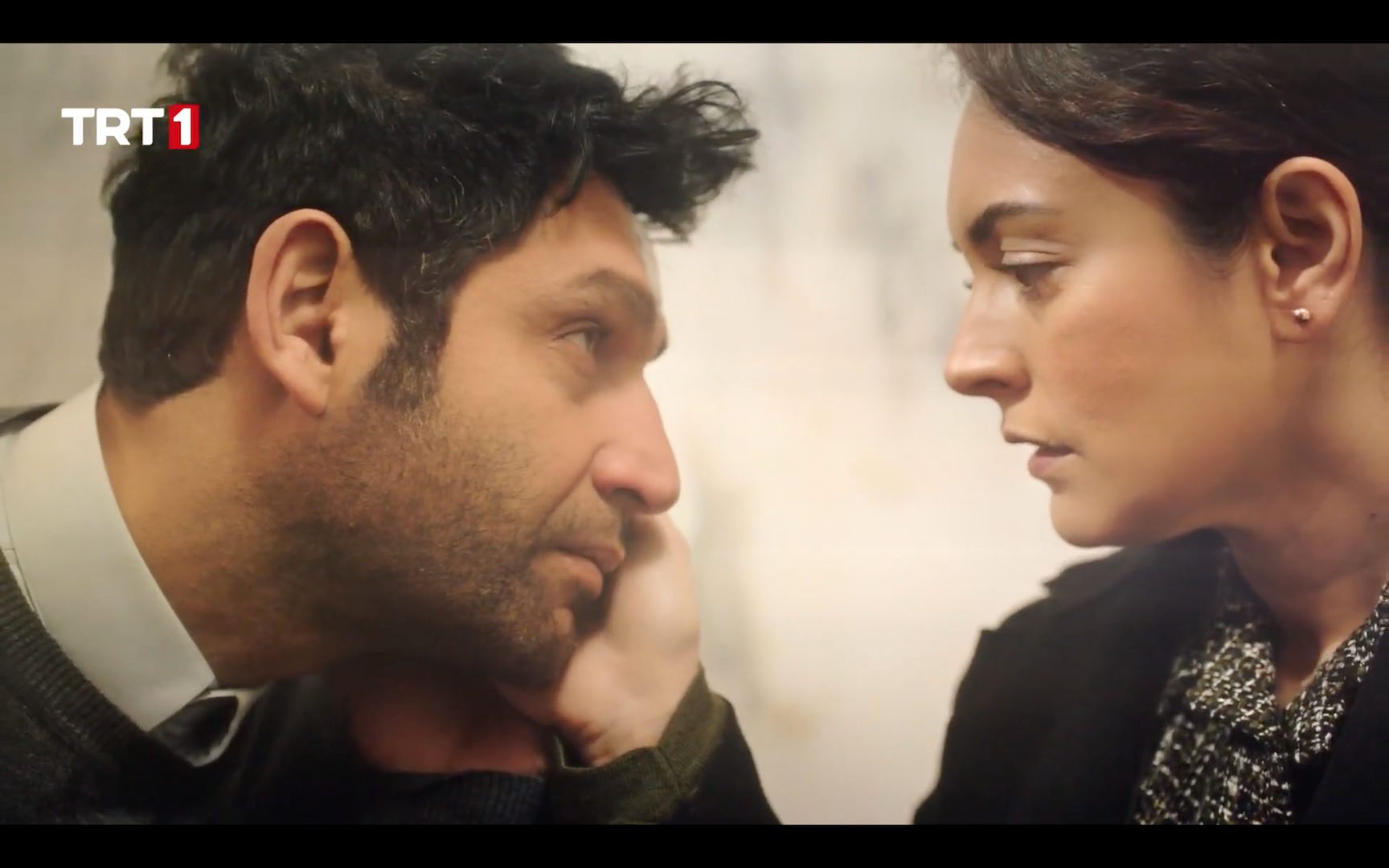 Spoilers from Episode 22 are included below.

Every moment between them is precious as they loom closer to his fated departure date. In this episode, they imagined the life they wanted in their dreams: exploring the possibility of what could have been, with Naci poetically describing their wedding night* and Safiye imagining their grandchildren’s photo in the wall of their cabin in the woods. Acting very much as a married couple, when he returned safely from he hospital, Safiye had Bayram distribute alms to the poor and made him soup to help heal his wounds. Though they are both a far cry from their young selves: the darkness of life having stripped Naci of his easy smiles of youth and Safiye, the ambitious pre-med student, now finding it impossible to clean a wound. Despite all the traumas they have experienced, there is still an honesty and rhythm between them that makes this pairing captivating. Naci could sense her hesitation about sitting down before she said a word, graciously laying a pink cloth over her seat. And, Safiye refused Han’s offer to help her go outside, telling him that Naci was helping her, and he was good and patient to her. Theirs is an exquisitely crafted love story that will likely be remembered for years to come, a timeless tale about how powerful and transformative a connection between two people can be. If you watch nothing else from this series, the SafNac pairing is a truly phenomenal story: a must watch. 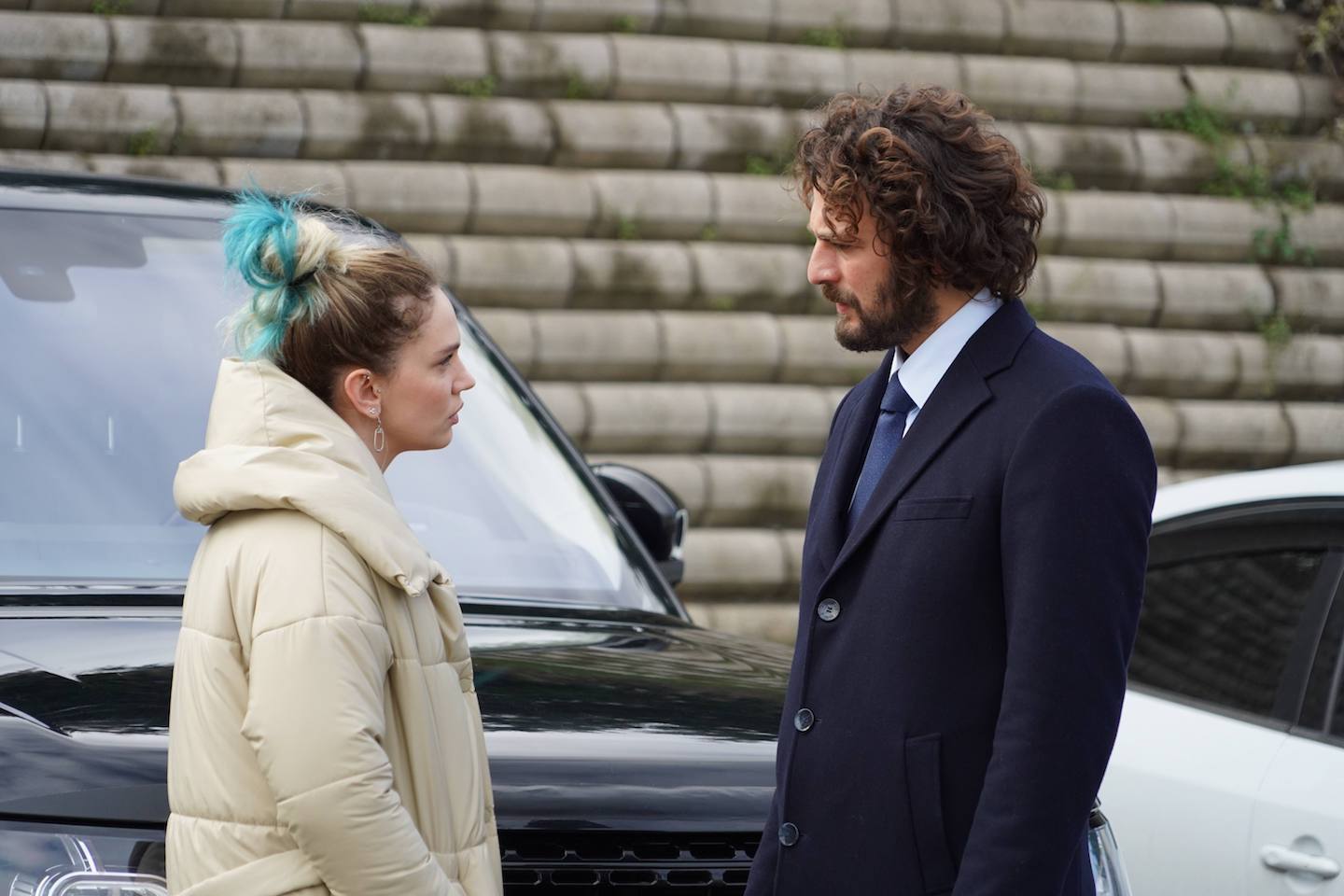 Inci & Han, and the Mysterious Ceylan

After vehemently denying that she had put Ceylan’s bracelet in the terrace house to hurt Inci, Safiye, after briefly glancing at Han, confesses to Inci that she had, in fact, planted the bracelet. Relieved and elated to finally have an explanation for the gnawing feeling in her gut that Han was unfaithful to her, Inci seizes on the notion that Safiye could be so cruel. If Inci were not so quick to accuse and then promptly exonerate Han, she might have questioned where Han went when he left their bed in the middle of the night, and how and when, Safiye, who is only now beginning to leave the building, was able to surreptitiously plant the bracelet in the cushions of a couch that she could not have foreseen that Inci would ever search.

Even to Safiye, Han is unable to disclose the real state of affairs, and instead lies to her, saying that Ceylan returned from America and that they met briefly at the terrace house. The truth, which is more complicated than Safiye’s conclusion of his lustful infidelity (as it often is), is that Han dressed a mannequin that was styled as Inci, and added Ceylan’s bracelet to complete her image, so that he could rest his head upon her lap in the terrace house. Although Inci rightly pointed out that Han has an anger management issue, that is only the tip of the iceberg in terms of the various negative behavioral conditions he exhibits. Despite being the most “sane” (and Grecian) Derenoglu sibling, the most problematic part of his character is that his behaviors are hidden. In contrast, the sisters, whether it be extreme cleaning phobias, fantastical escapist dreams, or self-harming tendencies, their conditions are well known. For Han, the challenge is not only to disclose what he does, but it is also to determine how to explain why he does it, to himself and to those around him. The question of healing may come after that. It is so much harder to silence the sly demons that exist in the shadows than to slay the dragons that breathe fire in the cold light of day.

Their friendship and ‘bestie’ status has been challenged by the entrance of Gamze as Ege’s girlfriend, with Emre standing on the sidelines potentially waiting for Neriman to seek him out. Though Neriman was envious of Gamze and pre-Emre Gamze was terribly rude to Neriman, Gamze has become more likable. And, she truly seems to be enamored by Ege, making it hard for him to break up with her. Pity is never a good reason to be with someone, but his relationship with Gamze may be changing Neriman for the better. She is learning to make other friends and possibly figure out that she has so much more to offer than just doing Emre’s homework. This is a critical step for her because before a romantic pairing between she and Ege is possible, she must discern whether she is drawn to Ege because he is her only friend, or because he inspires deeper feelings within her. 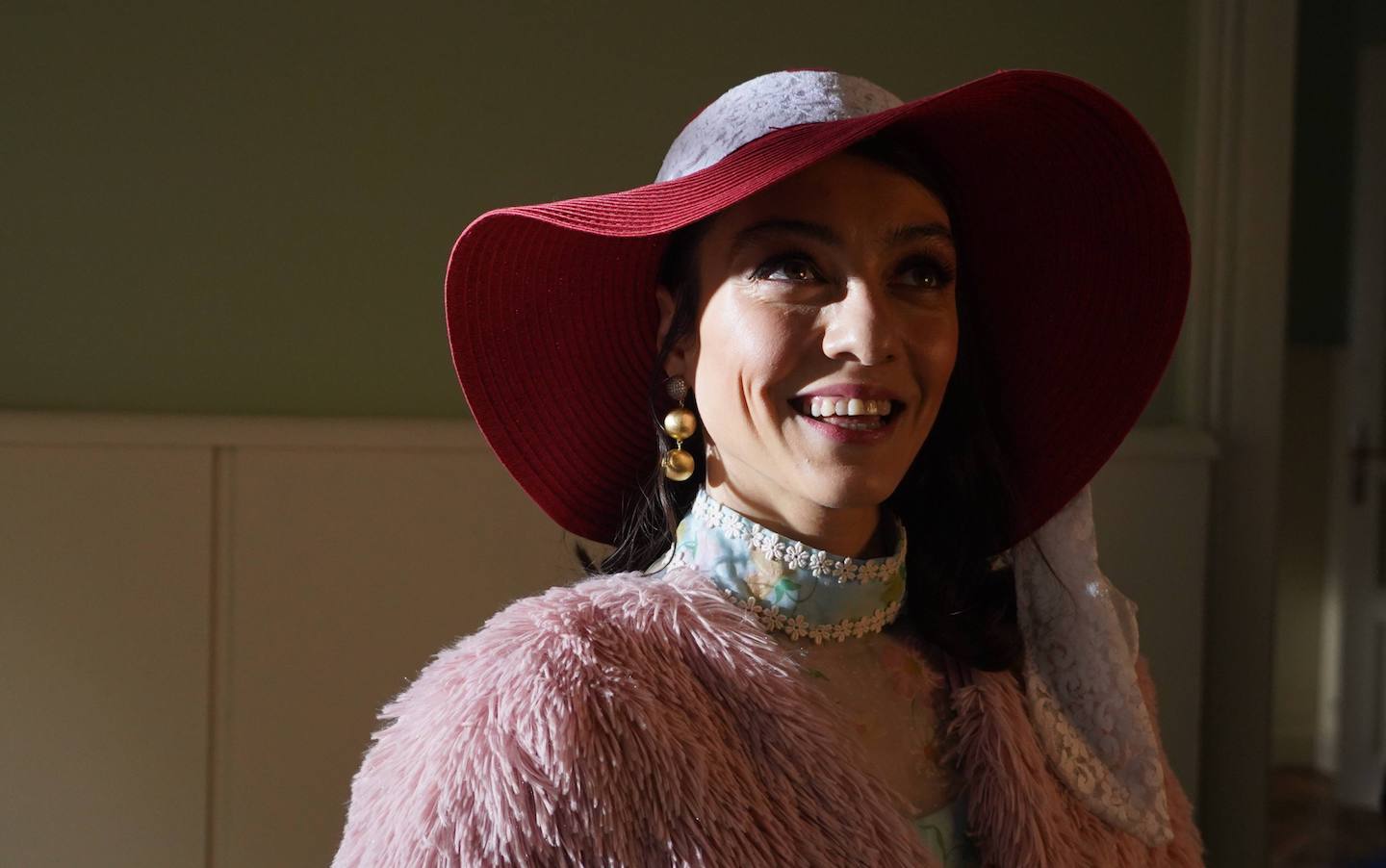 Should she be a contestant on the intelligence olympics? Evet! The ever-so-thoughtful and loving, Gulben, and the self-appointed “black box” of the family, who knows all of their secrets, can’t seem to find her way out of her dreams. We can prescribe to her from afar, advising her to get over the East she put on a pedestal and has been loving for so long; but for anyone who has experienced unrequited love: it is a challenge to move forward. Kudos to her for trying. Despite her valiant efforts to forget him, she regressed a bit this episode, slipping back into her overly romantic, fantastical visions of a life between her and Esat (and a giant hat). Luckily, Esra was no longer cast as the villain in her play, so there was evidence of some progress there. More broadly though, Gulben’s character represents the perils and risks associated with escapism; although dreaming of what could be is refreshing in the short term, it can also prevent you from transforming the reality in front of you. In Gulben’s case, with her eyes fixated on Esat’s heroism, she is blind to Bayram’s gaze, which never strays from her. I wonder how much more we would see, if we took away our blindspots?

Although this pairing has not gotten much screen time, Cuneyt provides an important foil for the other male characters in this dizi. If Haluk Bey is the worst man portrayed on the show being uncouth, unfaithful and greedy, and Naci is the best, being perceptive, faithful and gentle, then Cuneyt lands somewhere in the middle. Based off of Esra’s descriptions of him, he is unfaithful to the women in his life, but based off of his interactions with Uygar, he is also caring and paternal. Though the premise of this series is that love can heal deep wounds, there is also the matter of who we choose to love, and the risk that comes with our selection.

Had Safiye not been so devoted to her mother, she may have realized that the physical abuse and vicious insults were destroying her young self. Had Esra not continued to interact with Cuneyt and allow their relationship to continue for five long years, she may have been able to heal from his absence and find someone better for herself. It is not just that love can heal you, but it is also who you entrust with your heart, and how you grant that person access to help you or harm you. That being said, I must also add that though I find Haluk Bey entirely despicable, Ege admires him greatly; and though I find Naci to be an exemplary man among men, Gulru would likely argue otherwise. It seems there is a bit of fault in the best of us and a bit of good in the worst of us. A humbling insight into human behavior.