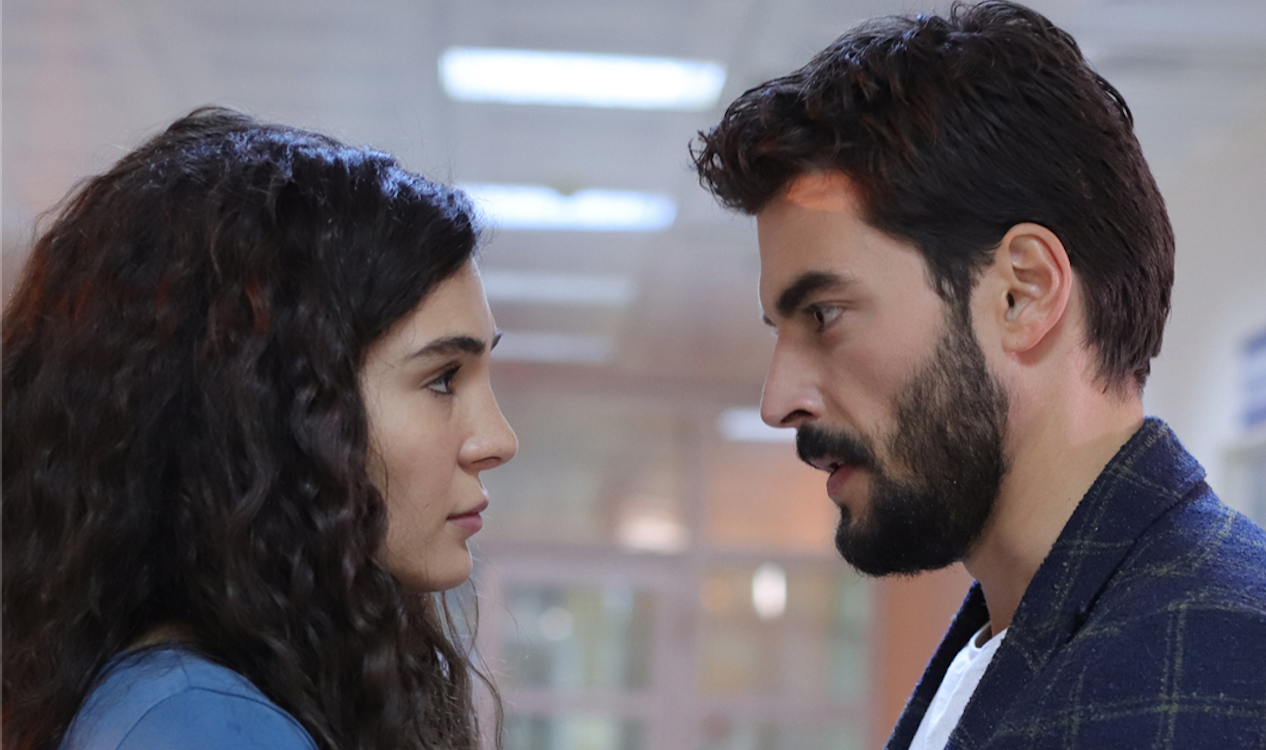 After this episode, I decided to just sit back, relax and enjoy the series without looking for revelations.  I figure the revelations will come in their own time.  I realized that with every episode I was becoming more and more frustrated because so little about the hidden secrets of the past were being revealed.  So much so, that I was missing out on the amazing story that was unfolding before me.  This became more evident in Episode 20 where with the exception of two or three scenes, the entire episode took place in a hospital.

Let’s get the details out of the way first.  When we last left the Aslanbeys, Hazar Shadoglu had met with an accident while trying to bring Dilshah’s note to Miran late at night.  It seems that he had either fallen or been pushed from some great height and lay motionless with Miran standing over him.

In episode 20 Hazar is taken to the hospital where he is in critical condition and in need of blood. There, Miran is the target of everyone’s fury.  He is blamed for pushing Hazar by every member of the family including Reyyan even as he vehemently denies any wrongdoing.  And of course the episode is replete with screaming, yelling, crying and slapping so don’t forget to have your earplugs nearby.

The scenes where Reyyan rejects Miran are painful enough to watch, but in one particularly distressing scene Zehra throws the ring he had given Reyyan and demands that the two get divorced. Little does she know that this is the same ring that Hazar had given to Miran’s mother Dilshah as a symbol of their love.  Miran’s hurt is palpable as he picks up the precious ring from the ground.  He is devastated and at a complete loss.  The woman who just a few hours before had told him that she would always love him, and would never leave him, was leaving him.  Miran is stubborn if nothing else, and he truly seems to be physically unable to live without being near Reyyan.  Though he is cursed, slapped and insulted by virtually every member of the Shadoglu family, he stays with her.  And what’s more, he is determined that she will wear his ring again.

Hazar meanwhile is in urgent need of a blood transfusion in the midst of an operation, but no one in his family shares his blood type. Miran overhears this and realizes that by a strange twist of fate, he shares the same blood type with Hazar.  Reluctantly, and anonymously, Miran gives his blood for Hazar’s operation.  Through a fortuitous event, Reyyan finds out that Miran is the mysterious donor and softens her accusatory stance towards him.

After a great deal of persistence and pleading Miran manages to convince Reyyan that he had nothing to do with Hazar’s fall.  In a surprise move, he tells her that until the two of them believe the same truth about his parents’ deaths, he will not act on his vengeance.  While still Reyyan refuses to wear the ring on her finger, she does agree to a compromise.  Until the two believe the same truth, Reyyan will wear the ring around her neck.  She tells him “You will tell me when it’s time to put this ring on my finger.”

Meanwhile, Azize learns about Hazar’s fall while in Kars and returns to flip this incident in her own favor.  At the Aslanbey mansion, Elif is in shock as Hazar's fall has jogged her memory about the day that her parents died in a car accident. It seems Sultan who was also in the car with her husband, saved Elif and left her husband there to die.  This recovered memory has shaken Elif to the core and has placed Sultan in a precarious situation.  What will happen if Azize finds out that her son was left to die by his wife? 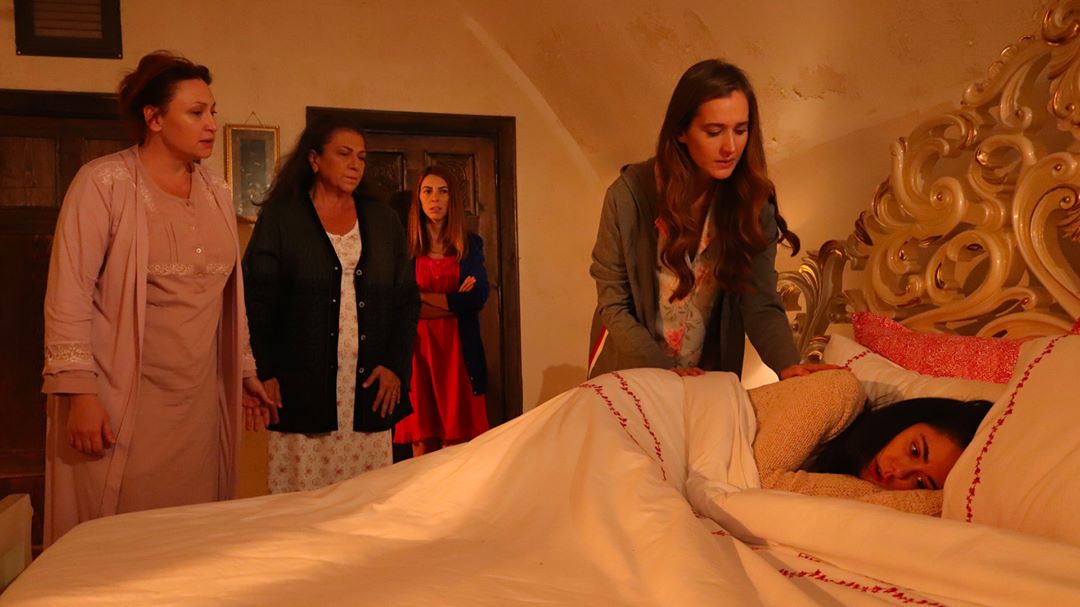 At the Shadoglu mansion Gul wakes up to find her parents missing and is inconsolable.  Reyyan and Miran take Gul out for the day to distract her, but she overhears the two talking about Hazar’s critical condition and goes to the hospital on her own.  Panicked Miran and Reyyan arrive at the hospital only to be met with great anger at leaving the child alone.

Zehra sees Miran’s ring around Reyyan’s neck and outraged asks Reyyan how she could accept the ring again from a murderer.  In response, Reyyan takes Miran’s hand and declares with all confidence “My husband is not a murderer.”  The episode ends with Zehra landing a hard slap on Reyyan’s face and telling her she no longer has a daughter named Reyyan creating a rift between the two.

Reyyan’s emotional evolution throughout the episode was beautifully portrayed by Ebru Sahin.  At the beginning of the episode, Reyyan fearing the loss of her father casts all blame on the man she loves.  She is understandably angry with him for not giving up his vengeance which is at least indirectly responsible for her father’s condition.  And more so she is frustrated in his complete refusal to look for an alternative explanation.  In this, she reflects the mood of the audience as well.  But as the episode progresses and she is convinced that Miran had nothing to do with Hazar’s fall, a deep sadness replaces her anger.  She realizes being with Miran as long as he pursues his vengeance will be a danger to her loved ones.  She tells him she has no hope for their future as long as he bears this hatred. But in the final analysis Reyyan stands with Miran against her family.  She can no more live without him than he can be without her. 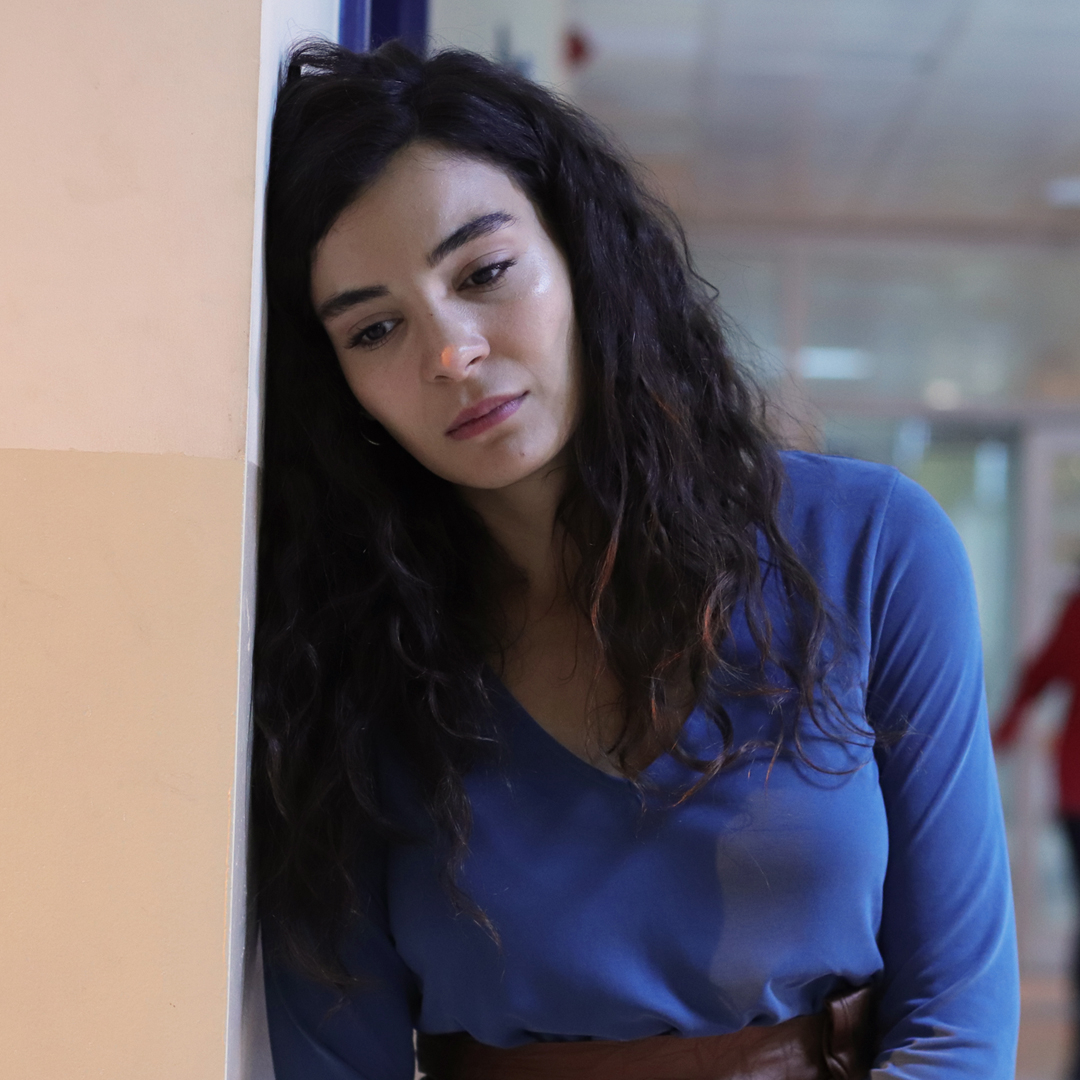 Miran’s complete dedication to Reyyan is more evident in this episode than in all others before.  Despite his great hatred of Hazar whom he believes murdered his parents in cold blood, Miran gives his blood to save him.  In a heart breaking scene, while remembering the story of his parents murder as he gives of his precious blood, he sobs “Only for you Reyyan.  Only for you.  For you.”  Akin Akinozu beautifully portrays a man who sacrifices the memory of his parents, and goes against everything he believes to be true, to ease the pain of the woman he loves. This is no small act.  Aside from giving his life for her, Miran has made the next greatest act of sacrifice for Reyyan.

Hazar’s accident and Reyyan’s response has shaken Miran to the core.  He realizes he can truly lose Reyyan despite her love for him. It is here that he makes a groundbreaking decision. He tells Reyyan that he cannot promise that he will give up on his vengeance, but that he will not act until the two of them believe the same truth.  He tells her that he will follow the trail of truth wherever it will lead.  This is enough for Reyyan. She will stand with her husband against all and indeed she does.

One cannot help but recognize the strength of the love between these two people.  They are faced with an impossible dilemma.  As surely as Reyyan believes her father is innocent, Miran believes he is guilty.  Miran’s slight movement from his ingrained position is tantamount to moving a mountain slightly.  And Reyyan’s support and defense of Miran (a man who sees her family as the enemy) in front of her family is equal to standing firm amidst a raging hurricane.  That the two are willing to do this for the other is a powerful illustration of their love.

With every obstacle placed before them, with every tragic event, these two lovers find each other again, stronger than before.  This is a love for the ages.  This is the deep struggle of love.  It is a lesson for all of us.

On the other hand we see some very disturbing reactions from Zehra. She is understandably worried and fearful of losing her husband, but her lack of mercy and her stubborn rejection of Miran’s denials is too much.  Miran has clearly denied any wrong doing and yet she refuses to listen.  This is similar to her refusal to accept Reyyan’s love for her Miran.  No one can blame a mother for wanting the safety of her child, but if despite what Miran did to her, Reyyan still loves him and chooses to be with him, her part in the matter is over.  Furthermore, Zehra is not without fault.  Her unfortunate curses if lived out will haunt her till her dying day. Hazar will wake up one day and hopefully, he will be able to tell everyone the truth.  But for now Zehra has failed a major test of character.

A couple other notes of interest:

While at the hospital Reyyan and Miran were given Hazar’s belongings neatly wrapped in a clear plastic wrapping.  Dilshah’s letter was clearly visible.  Both Miran and Reyyan saw the note through the wrapping, but neither explored further.  And somewhere along the way, the package was left on a park bench where it was briefly taken by mysterious hands, and replaced once again but without the note. Who took the note?  It had to be someone who knows that Hazar was going to the mansion to show Miran the note.  As far as we know only two people know: Esma and Hazar.  Is there someone else who knows? Perhaps it is someone who is watching everything from a distance. Perhaps the same person or people who kidnapped Reyyan… 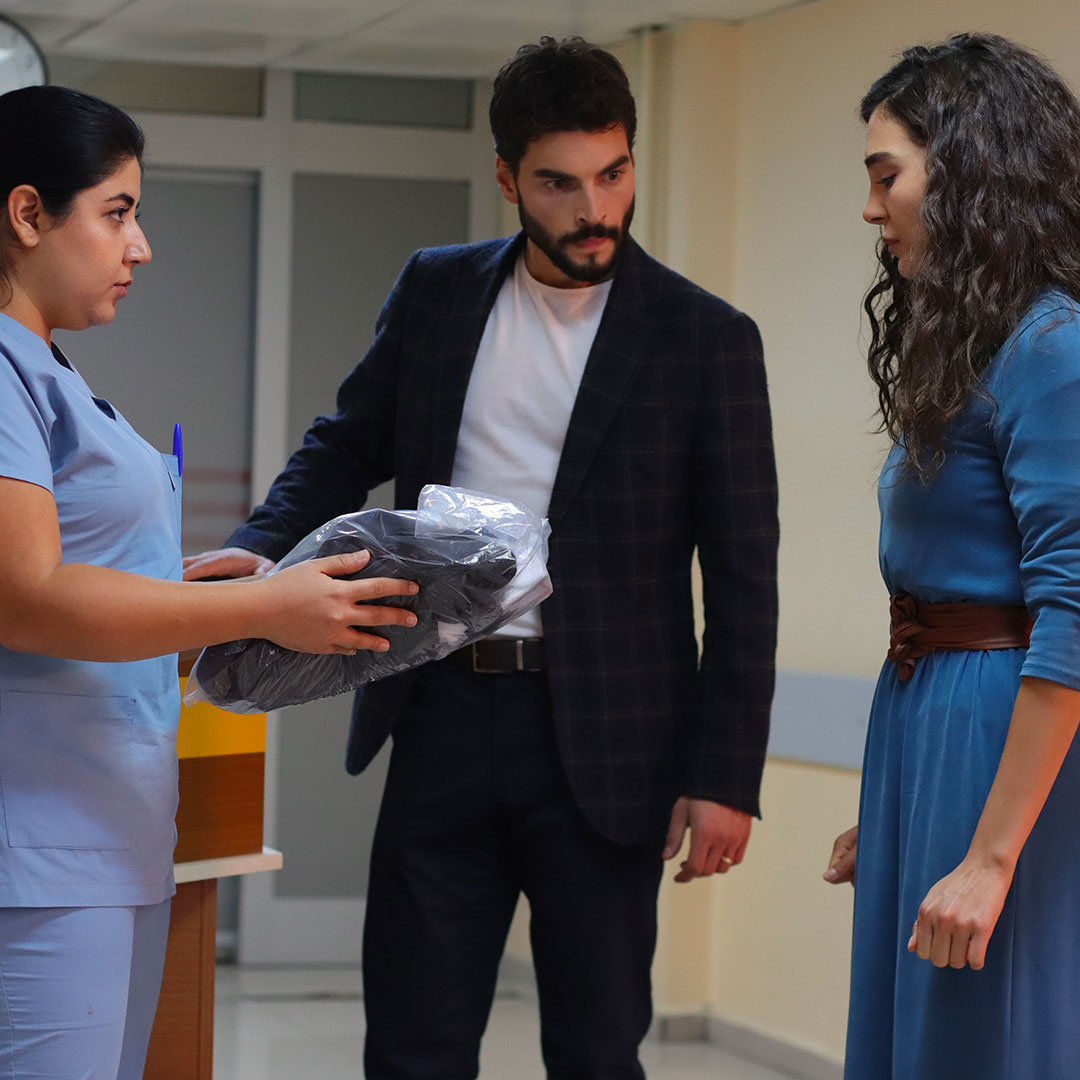 Amongst all this chaos, Handan and Yaren continue to their plotting to have Azat marry Elif.  To help in their effort Yaren enlists the help of Sultan. We know why Handan wants the two to marry, but Yaren’s motivation is a mystery.  Even if she is able to separate Miran from Reyyan, there is no earthly possibility that Miran will marry her. The fact that she can’t see this is a bit odd. Where this subplot is heading is anyone’s guess, but we will give the writers some latitude to show us.

Also in all this chaos, Nasuh decides that the family will move back to Shadoglu mansion so that Hazar can make his recovery there.

While this episode was very difficult to watch, it was an important milestone in Reyyan and Miran’s relationship.  The two showed each other what they needed to show in order to overcome one of the most difficult hurdles in their relationship.  Reyyan has already forgiven Miran for what he did to her, and the two clearly love each other.  But theirs is a new love and like all new love it will be tested not just by normal every day events but by also by obstacles placed in their path by ill intentioned people. With each hurdle overcome they will become more like family until one day, everyone will realize theirs is an enduring love.