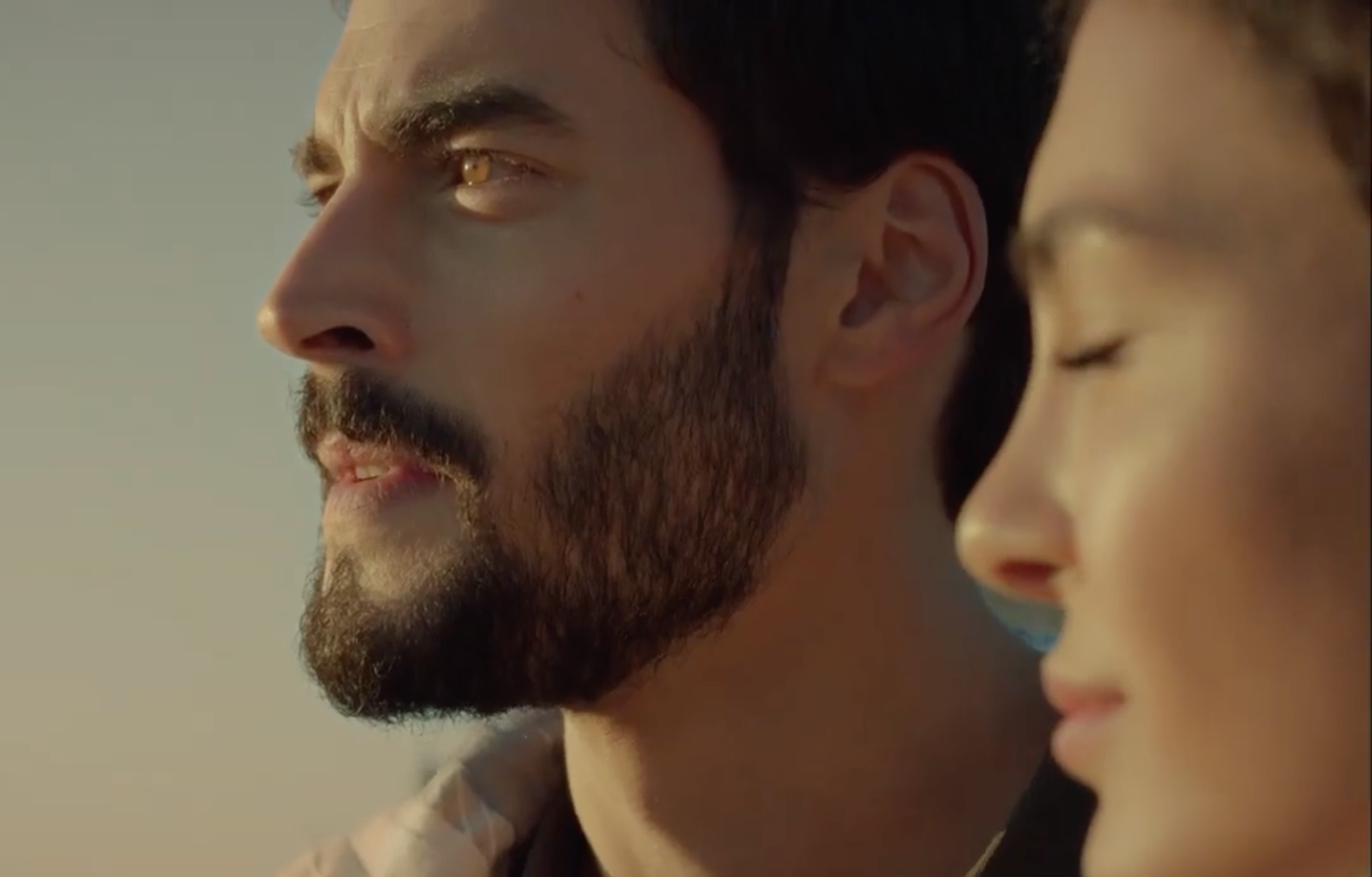 A Crack in the Armor

Season 2 Episode 3 (Episode 15) of Hercai was superb! However, if you’re waiting for classically romantic and perhaps intimate scenes between the leading couple, Miran and Reyyan, you will be disappointed.  But if you’re following the rich and complex story, you will be riveted.

This episode begins with Miran and Reyyan back at the Aslanbey mansion and facing off with Azize after the attack on their lives. We see the tremendous power that Azize wields over her grandson. She manipulates him with the memory of his parents.  With carefully calculated words she pushes him towards retaliation.  But she underestimates Reyyan’s power over her husband.  With persuasive words and action, and to Azize’s great dismay and surprise, Reyyan manages to hold Miran at bay, at least for now.

At the Shadoglu farm, the inhabitants have learned about the attack and much drama ensues.  We see brilliant acting by Serhat Tumumlar (Hazar Shadoglu), Feride Cetin (Zehra Shadoglu) and Macit Sonkan (Nasuh Shadoglu). Also at the Shadoglu farm, Yarin finishes the plan that she could not complete in the previous episodes in the midst of a very surprising plot twist concerning her parents.  She calls Azat and manipulates him into going after Reyyan to the Aslanbey mansion.  As predicted Azat enters the mansion to take back Reyyan and a brilliant confrontation takes place in front of the inhabitants between the two men with Reyyan squarely in the middle.

Hazar’s inquiry into Miran’s shelled car bears fruit and he discovers that someone had very carefully ensured that Miran survive the ambush.  He runs into Miran at the location of the car and an interesting, and potentially eye opening encounter takes place between the two adversaries.

In the final scenes of the episode Azize takes matters into her own hands when she realizes that Miran will not retaliate.  She and her armed men head to the farm but not before Reyyan realizes Azize’s intentions and heads to the farm to try and stop her.  Along the way, she is kidnapped by unknown assailants and as the episode ends all parties converge at the Shadoglu farm.

While sparse in actual events, the episode is abundant in beautiful dialogue that further character development.  This episode was driven by Miran’s evolution through events and through his deep regard for Reyyan’s happiness.  Akin Akinozu brilliantly portrays a Miran gripped with fear.  For the majority of the last season Miran had tried to win back Reyyan’s trust. To have her look at him with love the way she did in the beginning.  And now, that he has her the fear of losing her consumes him.  He has yet to renounce his vengeance, but with each passing day, as Reyyan’s influence over him mounts, Miran’s vengeance takes a back seat.

In one particularly touching scene with Reyyan and Zehra, he implores Zehra who out of fear for her daughter’s life tries to take Reyyan back home, to accept him as her son.  “I may not be a son that you love, or would even want to see, but I will be a son who will give his life for your daughter.”  Zehra is speechless at his request: the enemy seeking to viewed as her son! She complies of course, because Miran is nothing if not persuasive.  But the mere fact that he has made this request shows a Miran that is growing.  He realizes that Reyyan can never be truly happy if her mother is unhappy.  His efforts are not lost on Reyyan.  She sees him putting her desires before his vengeance, and appears to draw hope that perhaps Miran’s heart will change. She is relentless in plying him with words, and appealing to his sense of justice.  In one exchange after he has told her that her breath seeps into his soul and gives him life, she asks him “ Then why would you want to deprive someone else of their breath and life?”  These quiet moments of dialogue seem, little by little, to be chipping away at the hatred that has consumed the young man.

Some people have said that the show is over the top dramatic. Maybe so, but in the midst of some of these scenes there are gems! In one particular scene Zehra points out one by one the hypocrisy of their traditions, particularly the perversion of the virtuous quest for honor. “You keep talking about honor but all you do is set fire to everything around you!” she shouts at the powerful Shadoglu men. With her emotional speech she holds all of them to account for their part in tormenting Reyyan. The societal message in her speech is abundantly clear.

This episode laid the groundwork for the growing crack in Azize’s well thought out plan.  Hazar’s discovery planted a seed of doubt in Miran and confirmed Hazar’s resolve to get to the bottom the various attacks.  If the Shadoglus didn’t orchestrate the attacks, then who did? If the writers allow Miran to follow this train of thought, will it be sufficient for him to believe that it is Azize’s doing? Most likely not at this point, since Miran trusts Azize still.  It is unclear whether Reyyan’s kidnapping will distract from the reveal, or will provide additional impetus to get at the truth.

This episode also presented the possibility of a relationship between Azat and Elif.  Azat takes notice of Elif’s inherent goodness as she helps hide him from the guards during his assault on the Aslanbey mansion.  There is good chemistry between the two, though it will be interesting to see how the writers will transfer Azat’s deep feelings of love from Reyyan to Elif.

We also got confirmation that Azize’s revenge plan is for events (most likely a fire) that took place at the Shadoglu farm some 40+ years before.  And it is also confirmed that the Aisha of Nasuh’s apparition is indeed someone very dear to Azize. Other interesting tidbits of information include the birth order of two of the Aslanbey sons and the year they died.  Mehmet (who was married to Miran’s mother Dilshah) was born in 1969 and died in 1992, and his brother Ahmet (Gonul’s father and Sultan’s husband) was born in 1960 and died in 1997.

And now on to the question which will likely be addressed next episode.  Who kidnapped Reyyan? Is this another distraction, or is this something that will carry the story further along? If the kidnapping brings Hazar and Miran, who will move heaven and earth to find Reyyan, closer together, this will deepen the crack in Azize’s armor.  As Miran told Reyyan, “I don’t need to be shown the truth, I need to experience it.  Only by living can we experience the totality of truth.”  In this regard he is right.  The truth of Hazar will become clear to Miran as he knows him better.

There is speculation that Azat is the kidnapper, but that would be too obvious.  And to include a third party would move the story in another direction. It is possible that Gonul would orchestrate a kidnapping, but it’s difficult to see what she would gain from this act, other than add fuel to the fire in Miran’s already scorching heart.  Whoever organized this has power and influence.  My bet is on Nasuh.