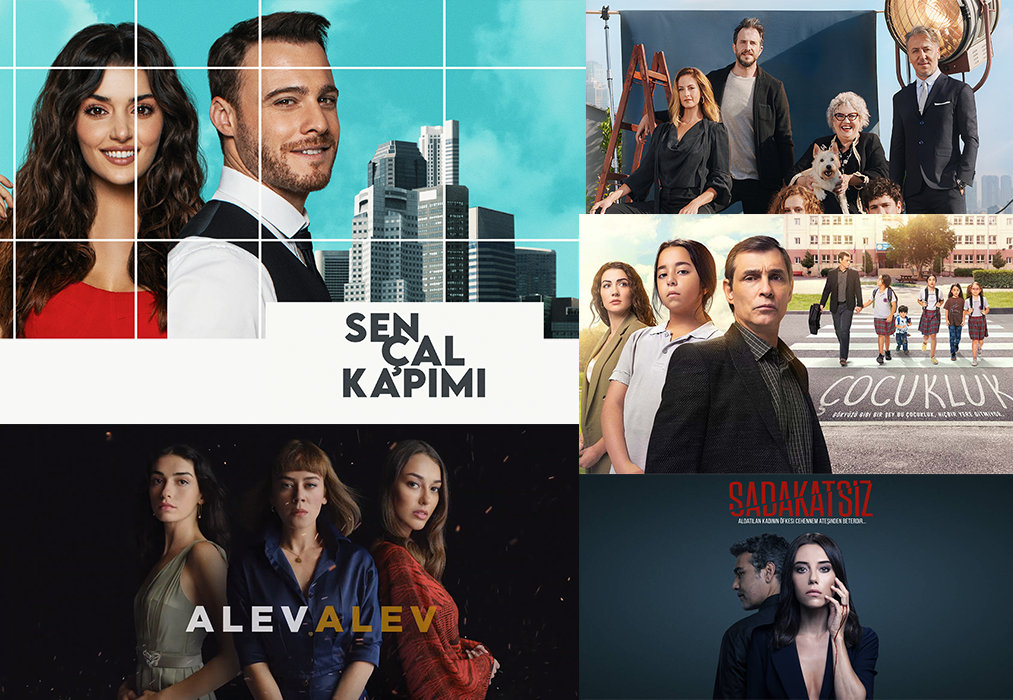 MADD Entertainment, one of the top distributors of Turkish dramas, is participating in the digital edition of MIPCOM, which kicked off today, October 12. The top highlights include Love Is In The Air (Sen Çal Kapımı), A Woman Scorned (Sadakatsiz), Abandoned (Çocukluk), The Agency (Menajerimi Ara), and new drama, Flames of Fate (Alev Alev).

MF Yapim and Medyapim's hit series Love Is In The Air premiered to great ratings on FOX this summer. The romance drama has since dominated Wednesday nights, topping ratings across all demographics, including an average 18% share in the coveted +20 ABC1 segment. The love story follows the story of an unlikely couple who initially hate each other, but must pretend to be a couple. Hande Erçel and Kerem Bürsin lead this fan-favorite drama.

The impact Love Is In The Air has had thus far is undeniable. The series trends on social media every Wednesday night in countries where it is yet to broadcast, including Chile, Argentina, Italy, Spain, and Brazil. This great success has already led two networks to license the series, with it now broadcasting simultaneously in the MENA region. Many broadcasters have already lined up to carry the drama in Europe, the CIS, the Baltics, and Latin America.

Next up is A Woman Scorned, the new Medyapim series that just successfully debuted on Kanal D, achieving a 24% share. Adapted from the award-winning series Doctor Foster and starring the acclaimed actress Cansu Dere, the star of Mother, this drama was amongst Turkey's most anticipated new series this season.

This drama tells the gripping story of a married woman who discovers her husband, played by Caner Cindoruk (Zemheri), has been having an affair and she must do everything in her power to protect herself and her family.

The next title on the list is Abandoned, produced by MF Yapim and Medyapim, for FOX. After the phenomenal success of Mother and My Little Girl, Beren Gökyıldız became the international face of Turkish drama.

This series stars Gökyıldız as a precocious orphan who lives a hard life in a small house. She and her fellow orphans, discarded by their own families, come together to make their own in a heartwarming story with a little bit of something for everyone. The series has received tremendous attention from buyers around the world since pre-production began and international success is most definitely guaranteed.

One of the most powerful titles of the season is Ay Yapim's exciting television event, Flames Of Fate, coming to Show TV in late October. Based on the original story of La Bazaar de Charite by director Alexandre Laurent, the series stars Demet Evgar, Dilan Çiçek Deniz and Hazar Ergüçlü as three women whose destiny changes forever after surviving a deadly fire.

The modern-day Ay Yapim adaptation will address themes of love and loss in a contemporary setting. The series will certainly make a powerful impact on the new season.

Rounding out MADD's offering for this season is The Agency, Ay Yapim's drama which revolves around a leading talent agency in Istanbul. Based on the successful international series Call My Agent from France, The Agency on Star TV in Turkey since August.

Please don't cancel sen cal kapimi series. I 've seen many turkish series but this serie is one of the most beatiful turkish series i've ever seen.their reaction when thei favce a problem and their love is very beatiful.i think people need more happiness and love in this days and this serie can give us little hapiness every week.i always waiting for wednesdays to watch this serie