The home you were born into is your destiny.

No truer words have ever been said. TV8’s new drama, Doğduğun Ev Kaderindir highlights the role the home you grew up played in shaping the person you have become today.

Based on "Camdaki Kiz,” a novel by Gulseren Budayicioglu, DEK follows the story of Zeynep (Demet Özdemir), a young aspiring lawyer stuck between two worlds – one with her biological mother who made sacrifices for her when she was young; the other with the mother who raised and gave her everything she has today. Along the way, Zeynep encounters Mehdi (İbrahim Çelikkol), a strong and reliable figurehead from the neighbourhood she was born in. Having gone through the same struggles in their childhood, Zeynep and Mehdi will together heal each other’s wounds, whilst becoming the home the other has long yearned for.

The episode of every average Turkish show is filled with a lot of bells and whistles but with Doğduğun Ev Kaderindir, the series rewards patience as it takes a slow-burn approach in introducing every character in a subtle, but effective way. Throughout the almost 3 hour long premiere, the series stayed true to its premise, effortlessly navigating through each character’s story with ease.

The drama begins with flashbacks which take us back to the start of Zeynep’s story. Wanting a better life for her daughter, one away from her very abusive husband, Zeynep’s biological mother gave her daughter away to a family she worked for as a housekeeper. Being so young when she changed homes, the Zeynep of today has significantly been shaped by the people and environment of the second home she was raised in. From the way she dresses to the way she talks, traces of Zeynep’s past life have since been erased by her high society lifestyle. There is one thing that seemingly stayed the same – the way she treats people.

When Zeynep first meets Mehdi, she lends a helping hand to a woman in his neighbourhood, who just happened to be Mehdi’s sister. If there’s one thing Turkish dramas have shown us, rarely would rich folks interact with poor “peasants.” For Zeynep, fate kept track and shielded her good heart from outside influences. Like us, Mehdi is shocked by her good deed and taken aback that someone with her kind of cars and her kind of clothes gets down and dirty to help someone in need.

“You do not belong to this neighborhood it is obvious,” he says, unable to hide his fascination with her as he asks her questions wrapped in preconceived notions he has of people of her kind.

In the midst of juggling between two worlds, Zeynep manages to also maintain a relationship with a man named Faruk. As she walks into the surprise party planned for her, one thing is cleared – up until now, every thing that has happened in Zeynep’s life since she was given up as a child has been orchestrated by her foster parents. First, they enrolled her in the best schools, then encouraged her to become a lawyer… What comes next? Marriage, of course. Marriage to the finest of gentlemen, one they probably found for her, because who cares about Zeynep’s feelings when they have given her their definition of the best life possible?

The aforementioned party is soon disrupted by the appearance of a woman, who is clearly out of place. As it turns out, the woman in question is Zeynep’s biological mother Sakine, with whom I’m shocked to learn she kept in contact with. Clearly not happy her own invitation skipped the mail and ashamed that her own daughter would not introduce her, Sakine storms out.

Forced with the burden of having to keep up appearances, Zeynep quickly brushes off what had just happened, returning to her surprise party, which soon turned into a surprise engagement party.

If there’s one person that knows about having to carry the burdens of others, its Mehdi. Beneath the mysterious look, lies a man who has lived and continues to relive the traumas of his childhood. Like Zeynep, Mehdi has had to sacrifice his own happiness because of the guilt that came attached to the sacrifices others, like his mother, made on his behalf. None of this has however held him down. Instead, he has turned his own sorrows into the joy of others, becoming a pillar everyone in his neighbourhood has come to rely on.

One of the very few times we see a smile on Mehdi’s face is when he encounters Zeynep, an indication that fate had much more in store for the both of them.

Zeynep’s biological mother and Mehdi’s mother have one thing in common - they have mastered the art of using emotional blackmail to get what they want from their children, each with reasons they believe to be valid. Both mothers utilize their tactics to force their children into marriage. For Mehdi, it is that his mother doesn’t want his revenge-drenched heart clouding his good judgement. For Zeynep, it is that her mother doesn’t want her marrying a man she doesn’t know or approve of.

As destiny would have it, the Zeynep that Mehdi’s mother has arranged for him to marry is the same Zeynep that brought a little bit of light into his life since their very first meeting.

Backed by a gorgeous view, Zeydi’s (Zeynep & Mehdi) first conversation knowing who the other was, took an interesting turn as it progressed. Though the duo had just planned to meet to please their mothers, a sit-down conversation opened us up to a whole new side of them, full of life and ready to be heard. 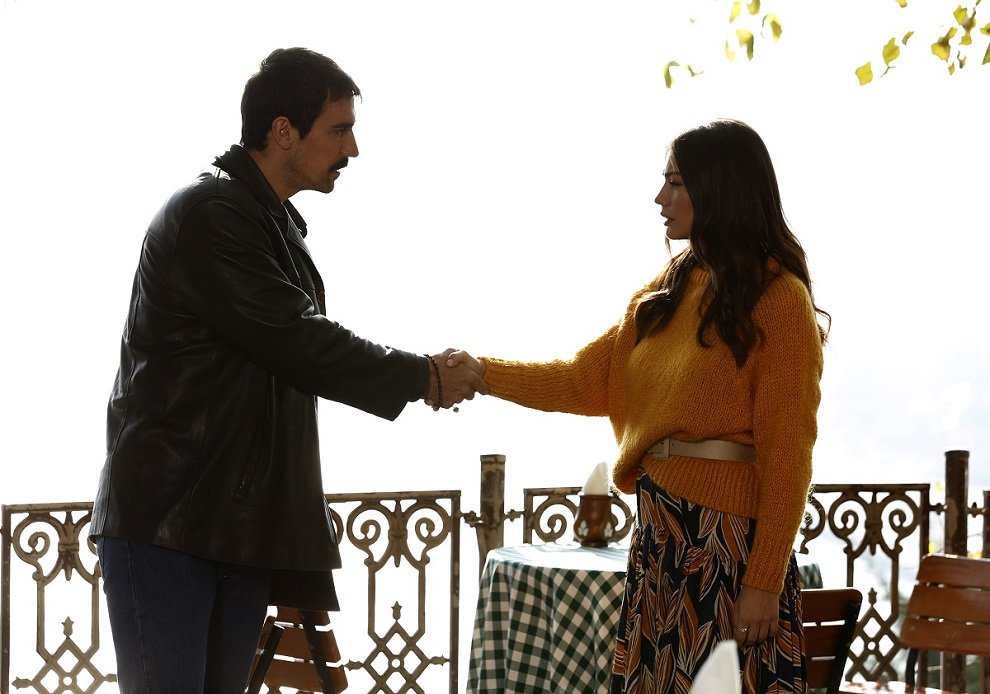 Over a cup of coffee, the duo reminiscence about their forgotten childhood whilst trying to make the best out of the  severely awkward positions their mothers put them in. Few minutes into their now relaxed conversation, we are once again reminded of their similar stories, their similar sufferings. The get-to-know each other phase is soon cut short when Zeynep & Mehdi are once again reminded of the sacrifices they have to make to please the people in their lives.

Unlike Zeynep who was looking for a way out, Mehdi declared his readiness to settle down and go along with his mother’s plan for him. Funny coming from him as right before officially meeting Zeynep, he already concocted scenarios to share with his mother on why things with her bride pick weren’t going to work out. “Are you serious?”, a wondering Zeynep asked repeatedly, nearing the end of the episode on a somber note.

Some of the most powerful scenes of the premiere featured an emotional Zeynep in what looked like a therapy setting, telling tales of a childhood - tales that were supposed to be filled with joy, but instead were filled with immense sorrow masked in many expensive and shiny objects.

Demet Özdemir excels at depicting the raw emotions of her character Zeynep, thus making the audience connect with her character on a deep and meaningful level.

Wedding bells are ringing and not everyone is happy.  A rather dramatic episode is expected for the following episode, in which Zeynep is shown in a wedding dress, by Mehdi’s side, shortly after, opening the door to a surprised Faruk, her fiancé from another life.

How did we get here? Find out January 15, 2020 on an all-new episode of Doğduğun Ev Kaderindir! 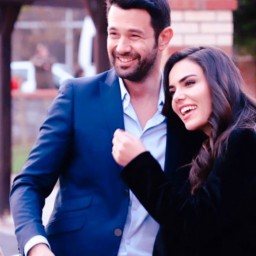 Babil (The Choice) Licensed To Air in More Than 70 Regions