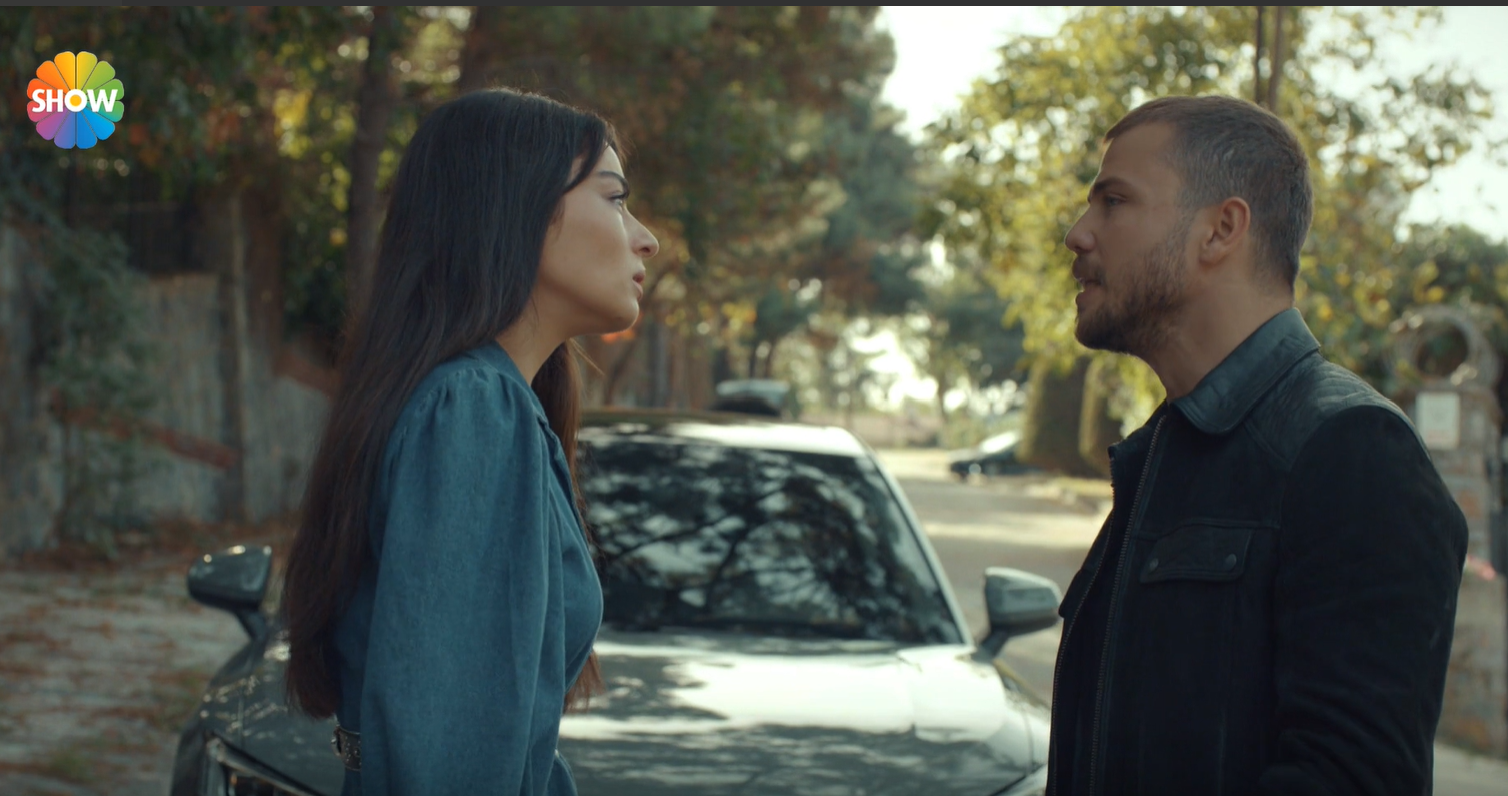 The episode starts with Ariza finding Yashar with Hasmet.  Ariza feels betrayed however Hasmet informs him he just located Yashar and was about to let him know when he arrived.  Hasmet expressed his doubts that out of everyone who was looking for Yashar, no one was able to find him except for Ariza.  He demands to know who he’s working with and suspects he’s working for the state officials.  Ariza denies it but refuses to tell him who his contact is.  Hasmet informs Ariza he also wants to destroy order and go against injustice to keep Halide safe.  He offers to work with Ariza by returning to the consortium and bringing him along with him as his right-hand man however he has to agree to his rules.  He can’t tell Halide their true reason for returning to the underworld and he has to put his feud with Burak on hold while they work to take them down.  Ariza refuses but Hasmet recommends that he think about what is more important.

Hasmet meets with Fuat and shows him a video of Yashar explaining how Burak ordered him to kill him and Ariza.  Fuat becomes extremely nervous but tries to say the confession was forced.  Hasmet tells him he’s prepared to take Yashar to the partners and let them decide if he’s telling the truth as well as decide on a punishment.  Fuat backtracks and suggests they settle the problem between them.  Hasmet knows Burak is guilty so he tells Fuat that Burak will stay away from Halide and Fuat will pay back the debt he has with Ariza for saving his life.  Fuat is not happy about that but Hasmet informs him that he’ll pay the debt by not protesting when Hasmet returns to the consortium with Ariza as his right-hand man.

Fuat meets with Burak and Fiko (Burak’s right-hand man) to asks about Yashar.  Burak lies and tells him he’s been taken care of.  A furious Fuat tells Burak that Hasmet showed him a video of Yashar explaining how Burak gave the order to kill him.  Fuat tells him Hasmet now has power over both of them and orders Burak to stay away from Halide as well as make peace with Ariza.  Burak is livid and doesn’t understand how Ariza is getting more and more respect than he is.  He tells Fuat he can’t stay away from Halide but Fuat insists and proceeds to show him what happens when they don’t follow his orders and breaks Fiko’s fingers and knocks him out.  He threatens Burak he will do the same to him if he messes up again.

Burak proceeds to get drunk and in a fit of stupidness, attempts to burn down the Taxi Café.  One of the cabbies calls Ariza who rushes to the café.  Fearless as always, Ariza confronts Burak and challenges him to do it as he tips over the gasoline canister on their feet.  Burak attempts to act tough but Ariza tells him he’s only just begun to take everything from him for causing Nihan’s death.  As the men continue to confront each other, Murat shows up and takes Burak away before anything else happens.

The following day, Ariza informs the family he’s dropping the charges against Burak causing an uproar except with his mother, Rukiye.  She thanks Ariza for agreeing to stop his quest for revenge thinking Halide convinced him.  Ariza is torn that he’s lying to her but it’s his only option.

Ariza arrives at Halide’s house surprising her.  She tells him she thought they were going to meet in private but Ariza explains that he’s there to meet with Hasmet first and then they can leave afterward.  He refuses to tell her the reason he’s there so she follows him to try to find out why he’s being so secretive.

Ariza agrees to Hasmet’s plan and agrees to shake hands with Burak if it means it will get him closer to getting his revenge.  Hasmet tells him he will also return to the consortium and put up with Fuat for Halide’s safety.  Hasmet introduces Ariza as his new right-hand man to his guards which Halide hears and becomes upset.  She accuses Ariza of being interested in her so he could join the mafia for the power and money that it brings.  She doesn’t pay attention when Ariza attempts to explain that he’s only there to protect the people he loves – which includes her.  Later, Hasmet meets with Salman to convince him to return to doing business with them however he’s hesitant and refuses to tell him which competitor he’s using.

The consortium meets to discuss the ongoing issues with the failed ammunition business that Ariza caused.  Fuat explains that Salman, their weapons client, has been speaking with their rivals to try to get a new weapons deal.   As they’re in the middle of the discussion, Hasmet makes a surprise appearance.  He informs the partners that he has decided to return which they’re more than happy to have back.  Hasmet volunteers on resolving the issue with Salman and informs the partners that Ariza will no longer be a problem to them because he is now working with him as his new right-hand man.

Ariza follows Halide after he meets with Hasmet in an attempt to speak with her.  She’s still upset with him claiming that it’s his fault that her father has returned to the mafia putting his life at risk.  Ariza tells her he’ll protect him but Halide no longer believes in him.  She pleads with him to tell her why the sudden change but Ariza is not able to tell her the real reason since he swore to Hasmet that he wouldn’t tell her to keep her safe.  Halide walks away hurt.

Fuat makes a surprise visit to Mithat’s home.  He proposes they unite their families to increase their power and money now that Hasmet has returned to the consortium.  He suggests they marry Burak and Derya, Mithat’s daughter, together.  He convinces him by claiming that Hasmet will name Ariza as his heir which should concern them as Ariza may become more powerful than them.  Melek and Mithat discuss Fuat’s proposal and both agree that it’s a good business move.  Melek speaks with Derya who is not happy with the idea.  She tells her that Burak is in love and obsessed with Halide.  She asks what about love to which Melek responds in a sad tone that in their world love only brings disaster.  Derya is still not convinced so Melek explains that men don’t tend to live long in their world and tells her to think about it.

Halide’s mission this week is to locate Sadi Aksoy, the only living family member of the Aksoy family who Fuat claimed was responsible for killing Halide’s family.  In revenge, Hasmet killed the Aksoy family except for Sadi who is also seeking revenge on Hasmet and Fuat for wrongly accusing his family.  Halide reaches out to a friend to help her find Sadi but runs into Burak who asks her to give him a chance but Halide refuses and walks away.  Halide finally locates Sadi who tries to tell him that she just wants to find out the truth.  He refuses to speak with her but threatens revenge on her father and Fuat for what they did to his family before he leaves.  Halide decides to follow him not knowing that Ariza is also following him.

Fuat informs Burak the issues between them and Hasmet are over as well as his feud with Ariza.  He explains due to his recent mistakes, Hasmet has returned to the consortium and has brought along Ariza as his new right-hand man.  Fuat further enrages Burak by saying Hasmet plans on taking over again and making Ariza the new leader.  Burak is dumbfounded as to why the partners are allowing a taxi driver to enter their world so Fuat explains the partners no longer have faith in them.

Ariza’s first task is to find out which supplier Salman is using to replace them.  Hasmet tells him they need to get rid of the competition so they can prove themselves to the consortium.  Ariza follows Salman who is on his way to meet with Sadi Aksoy, however, Burak calls Salman and tells him he’s being followed by Ariza who is Hasmet’s man.  Salman calls Sadi to let him know their meeting is canceled and drives away but not before ordering his guards to capture Ariza.  Halide witnesses the fight between Ariza and the guards and thinks that he’s also after Sadi however Ariza has yet to meet him.

Halide asks Ariza if they can meet.  She asks him how he knows Sadi Aksoy however Ariza doesn’t know who he is which is the truth.  Halide thinks he’s lying since she saw him at the same location that Sadi was earlier.  She informs Ariza her father avenged her family’s death by killing the Aksoy family except for Sadi.  She tells him she attempted to speak with him but he refused to hear her out.  Ariza becomes mad that Halide is doing it alone however she reminds him that she trie to speak with him earlier but he was too busy becoming her father's, right-hand man.

The following day, Ariza continues to follow Salman and discovers his supplier has arrived via helicopter at his hotel.  Ariza and Ferit sneak into the hotel and wait until the supplier returns to the helicopter.  As the supplier attempts to board, Ariza and Ferit attack and capture the supplier who turns out to be Sadi Aksoy, the person who Halide was asking him about.  He also finds out Sadi knows Muzaffer who has his phone number on his contacts.  Ariza calls him with Sadi’s phone and a stunned Muzaffer rushes to Ariza to explain how he knows him.

Hasmet informs the consortium Ariza successfully located Salman’s supplier, Sadi Aksoy, and plays a video he took that shows Sadi confessing he did it to get back at Fuat and Hasmet.  The video further shows Ariza killing him which leaves the consortium shocked but impressed.  Fuat shows Burak the video and tells him that Ariza appears to be more fearless than they thought.  In a fit of jealousy, Burak locates Halide and shows her a clip of the video to show her how dangerous Ariza really is.

That evening during a family dinner, Rukiye invites Halide to join them to thank her for talking to Ariza.  Halide shows up and in front of everyone proceeds to tell Ariza that she saw the video of Sadi Aksoy.  She tells him she can’t believe he lied to his mom claiming that he’s no longer involved with the mafia.  Ariza pleads with her to talk in private but Halide continues and says that Ariza is now one of the most ruthless people of the underworld leaving his family in shock.

In reality, Ariza and Muzaffer used Sadi to help with their plan against the consortium.  They pretend to kill him so Ariza looks like he’s one of them and in doing so, Sadi is placed on witness protection.  Before Sadi is taken away, Ariza speaks with him to try to get more information for Halide about the family killing.

This was another awesome episode.  I loved that Ferit stepped up and is helping Ariza with his plan - they make a great duo.  Unfortunately, the episode ended with Halide upset with Ariza but hopefully, he’ll get a chance to explain himself or at least get her the information she was trying to get from Sadi.